ChaosDragonBorn Registered Users Posts: 1,487
April 2017 in General Discussion
Norsca has a wealth of lore that CA can grasp some influence and ideas from. I'm not going to lay a bunch of lore down, but I am going to get into the roster and the campaign playstyle. 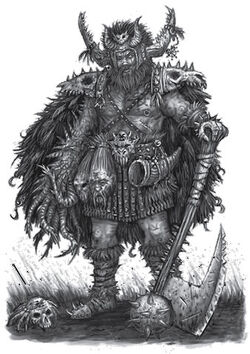 Warleaders are proven Norsemen warriors who’ve seen countless battles and are entrusted by their Jarls and Kings to lead detachments of other warriors and Marauders against their enemies. Typically, Warleaders bear many strange tattoos, ritual scars, and most, if not all, have one or more mutations, showing they have the favour of the Gods.
*Cataclyst

The Cataclysts rival the Exalted Champions of Chaos in sheer magnitude. They can conjure up the most profane Daemons and level legions with their corrupt energy, becoming living vessels of the raw energy of Chaos. Their minds are blasted by the experiences they have endured, and they are mere shadows of their former selves. Cataclysts always employ Daemons to do their bidding and are valued members of any Chaos Horde. 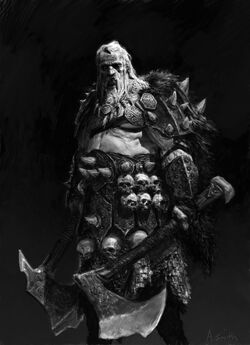 Norscan Berserkers are a brutal sect of warriors hailing from the frozen wastelands of Norsca. They are known chiefly for being subject to terrifying battle-frenzies that render them immune to pain and which transform them into unstoppable juggernauts on the field of battle.
*Soulflayer 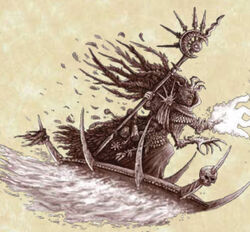 The horrid Soulflayers barely resemble their former selves, as they are riddled with mutations. These individuals are warped by the magic they wield, becoming both more and less than what they were. Mighty spellcasters, Soulflayers are among the most potent servants of Chaos, eclipsed only by the Cataclysts.
*Vitki (Seers and Shamans) 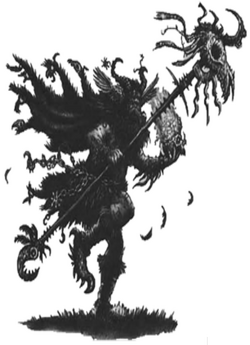 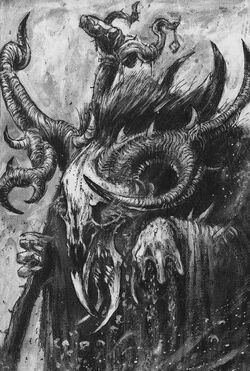 Admittedly, most Norseman spellcasters are Sorcerers, Witches, and Warlocks. All of these mystics draw their power from the Dark Gods, channelling Dhar to suit their needs. Still, in some parts of Norsca, an older tradition remains: one placing emphasis on divination, healing, and prophecy. Whilst most include them in the pantheon of corrupt Daemonologists, Vitki are not blatant servants of the Ruinous Powers, and instead work their magic to aid their people.
Army
Chaos marauders
*Bondsman 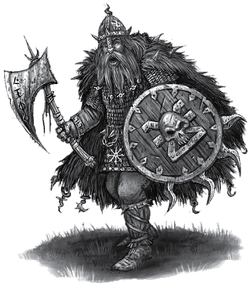 The Bondsman is a warrior in service to a particular Jarl. He is expected to live in the Jarl’s Hall, share the Jarl’s food, and be steadfastly loyal.
*Huscarl 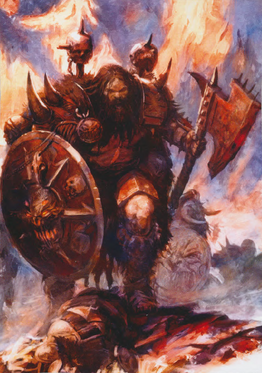 Huscarls are the household troops of the Norse Lords. They are maintained and well equipped by their masters, and are fiercely loyal and frenzied fighters.
*Reaver 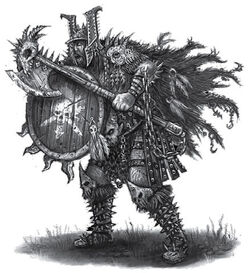 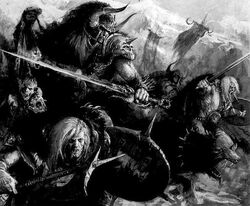