Commados Registered Users Posts: 23
October 2017 in Campaign & Battle Bugs
Hey guys, so I have a few bugs I would like to submit so they can be fixed.

1. My intervention force spawned right near a Chaos force, once that Chaos force destroyed one of the ritual settlements, it just stood there (I presume to guard it from being taken back), but my intervention force also stayed there, and did not move even when I made the Chaos group a target. Is this because they are guarding that site from being taken again or is it a bug? 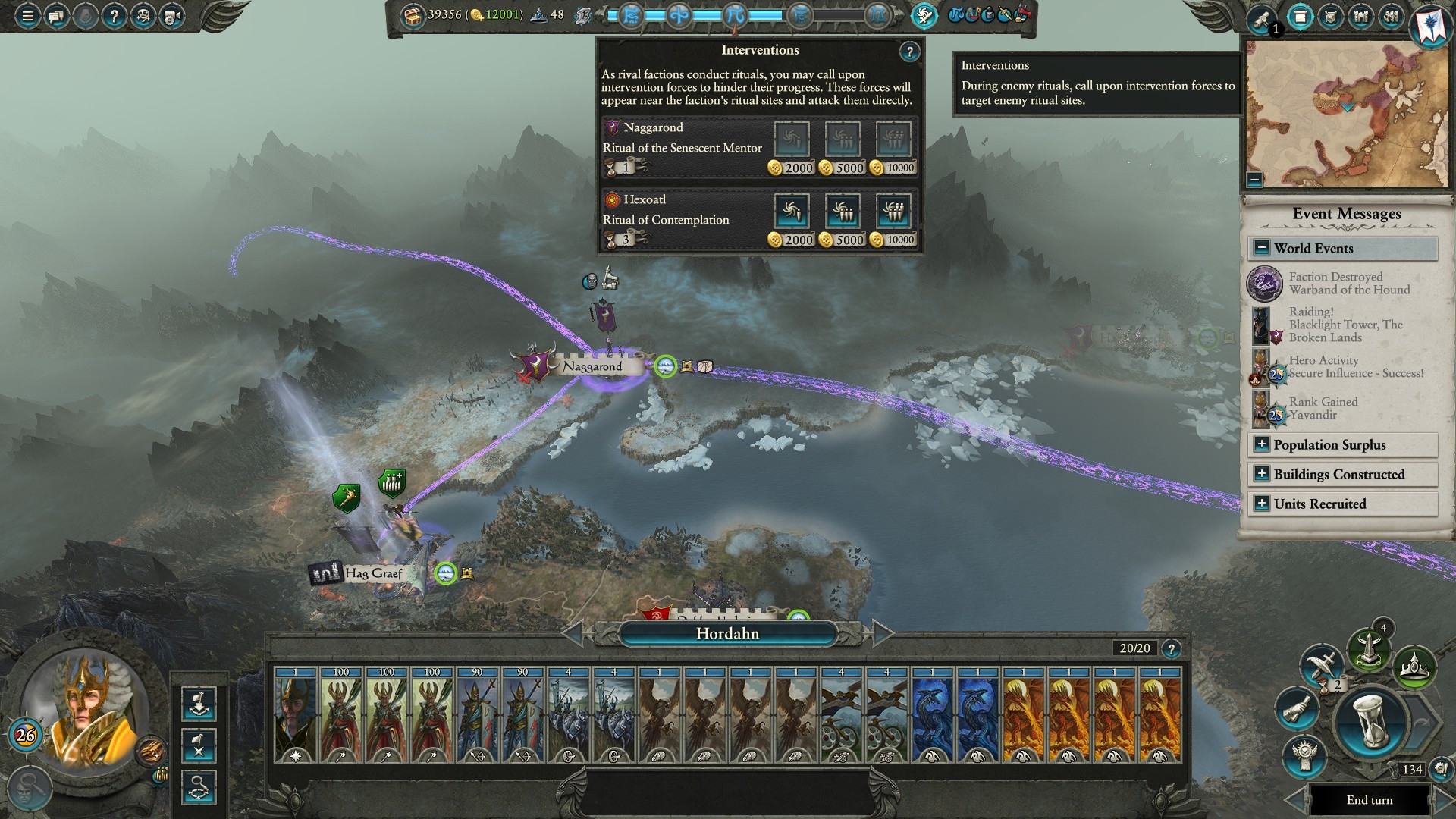 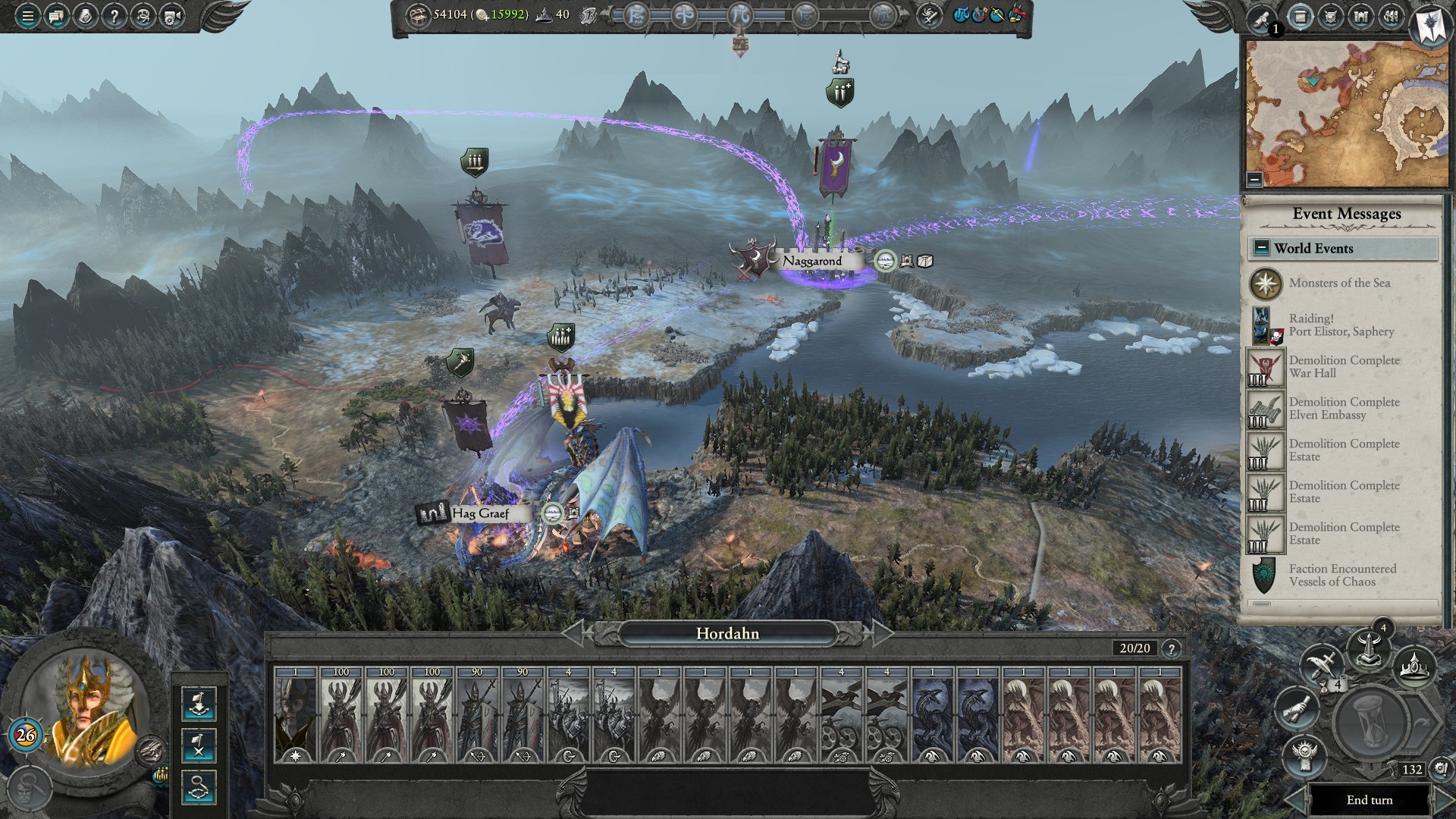 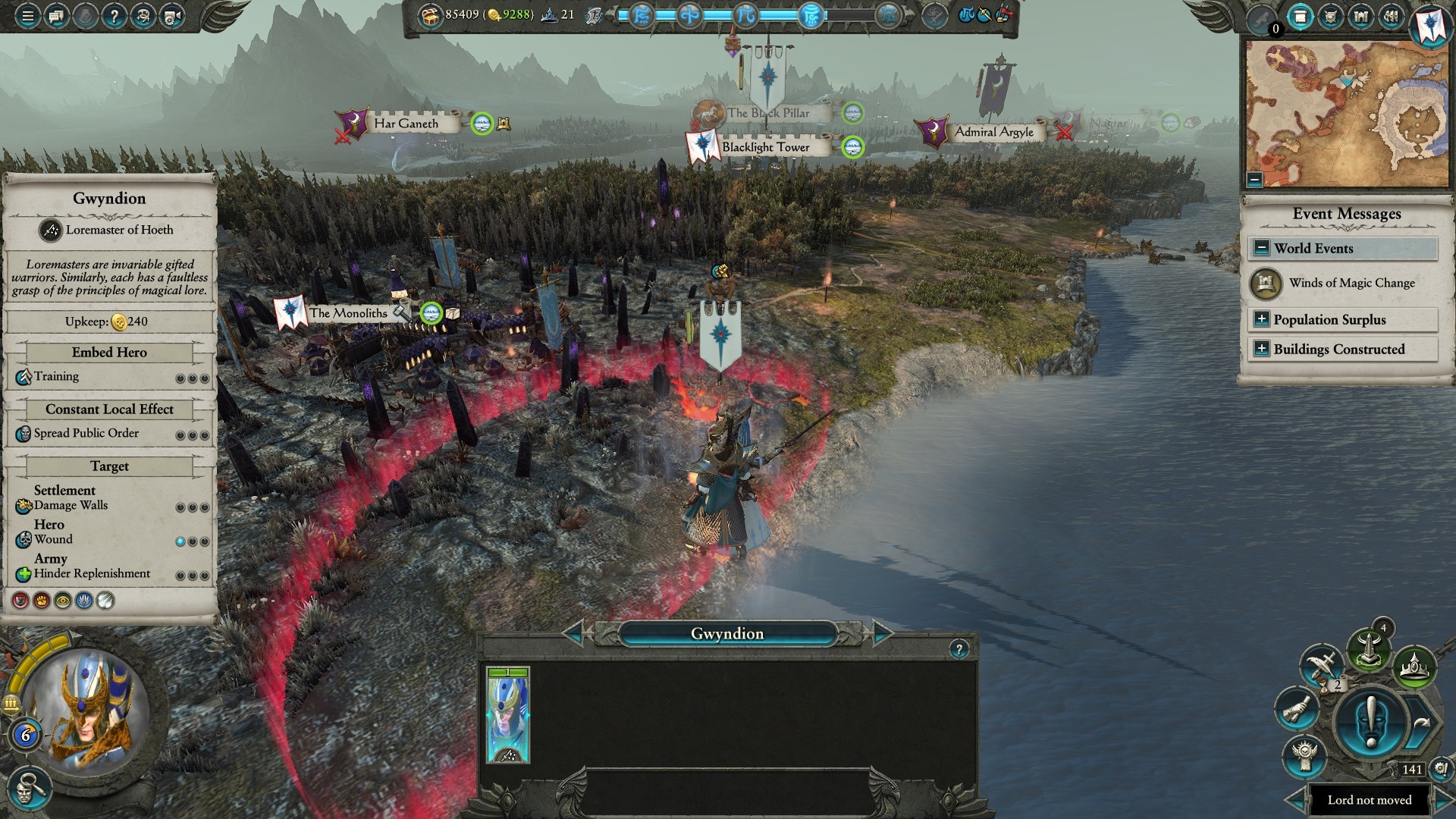 3. Once I took over this settlement, the ritual kept going. I know you are meant to hold a province, but id you were doing a ritual, and I killed the people in that settlement doing a ritual for my enemies, doesn't that mean the ritual stops? This seems inconsistent and means there is less stress about keeping those settlements going at all costs, rather than just keep them in your hands at turn 1 and 10/20 of your ritual. 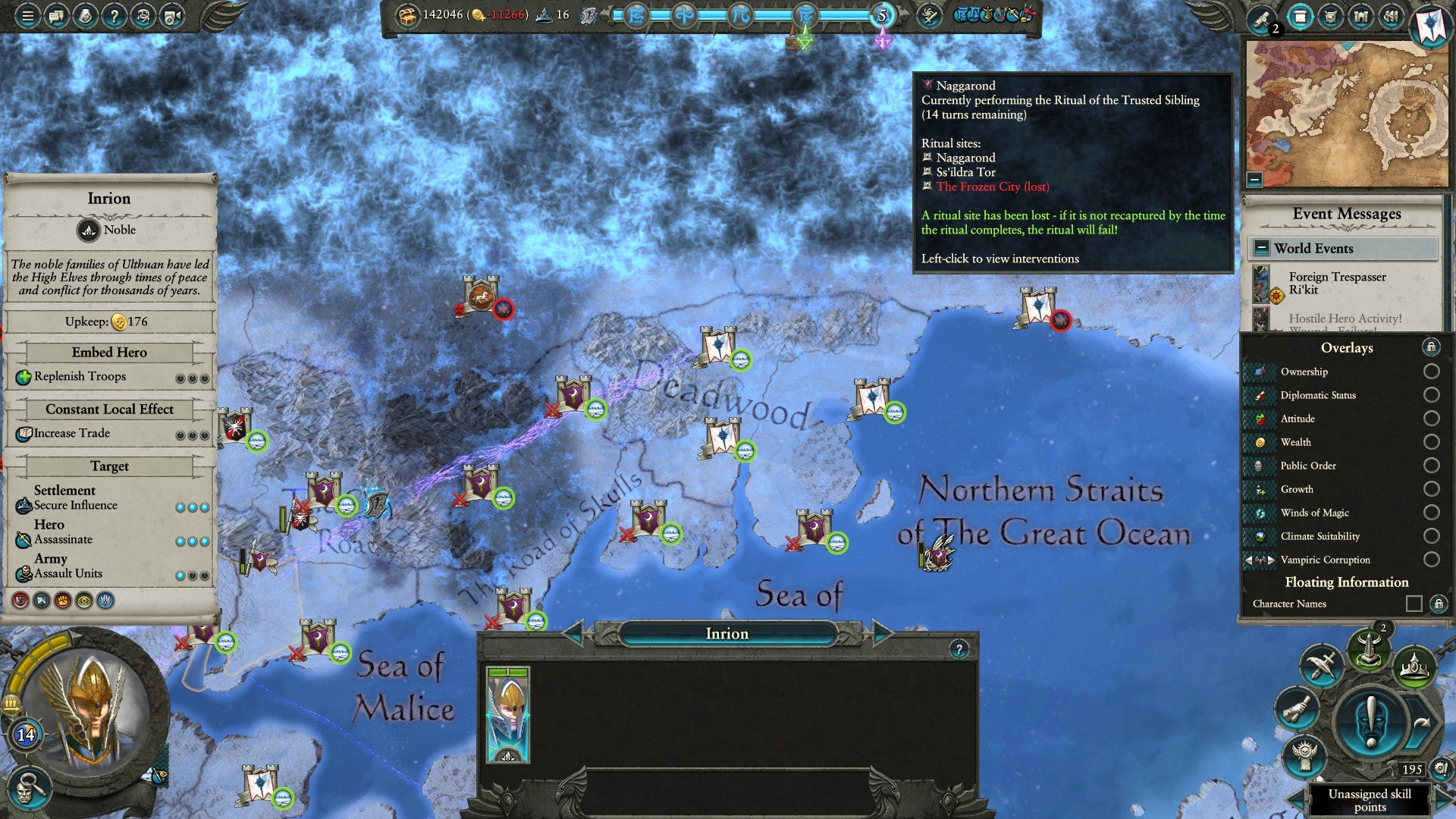 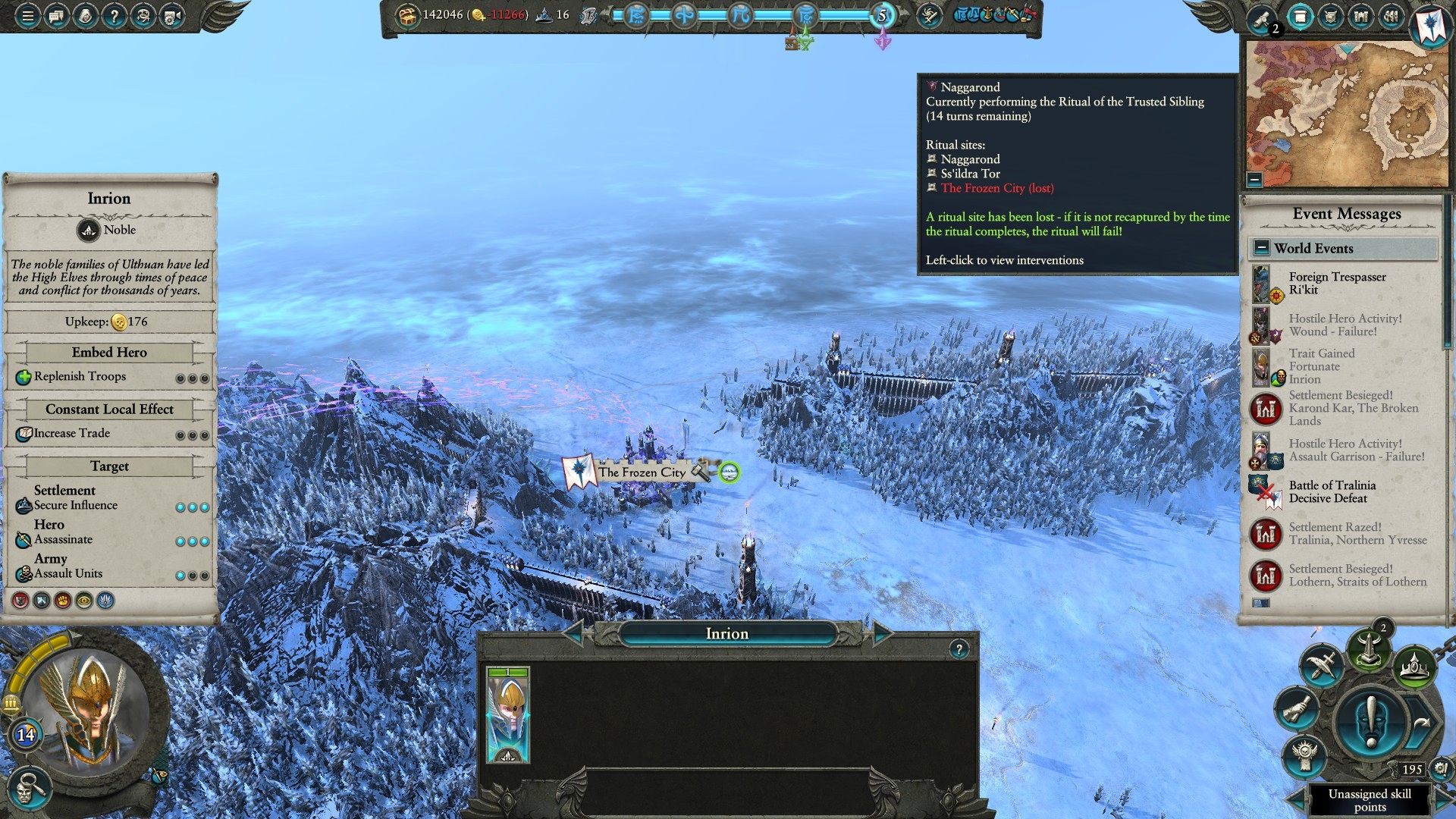 5. Phoneix Guard units have been trained as the elite of the High Elves, and are meant to be unbreakable. Yet in their bio it says "the Phoneix Guard fight in without fear". However these units can rout and have their morale drop, they are not unbreakable. This is inconsistent, do they have fear or not? I believe they are meant to have unlimited morale on the tabletop. 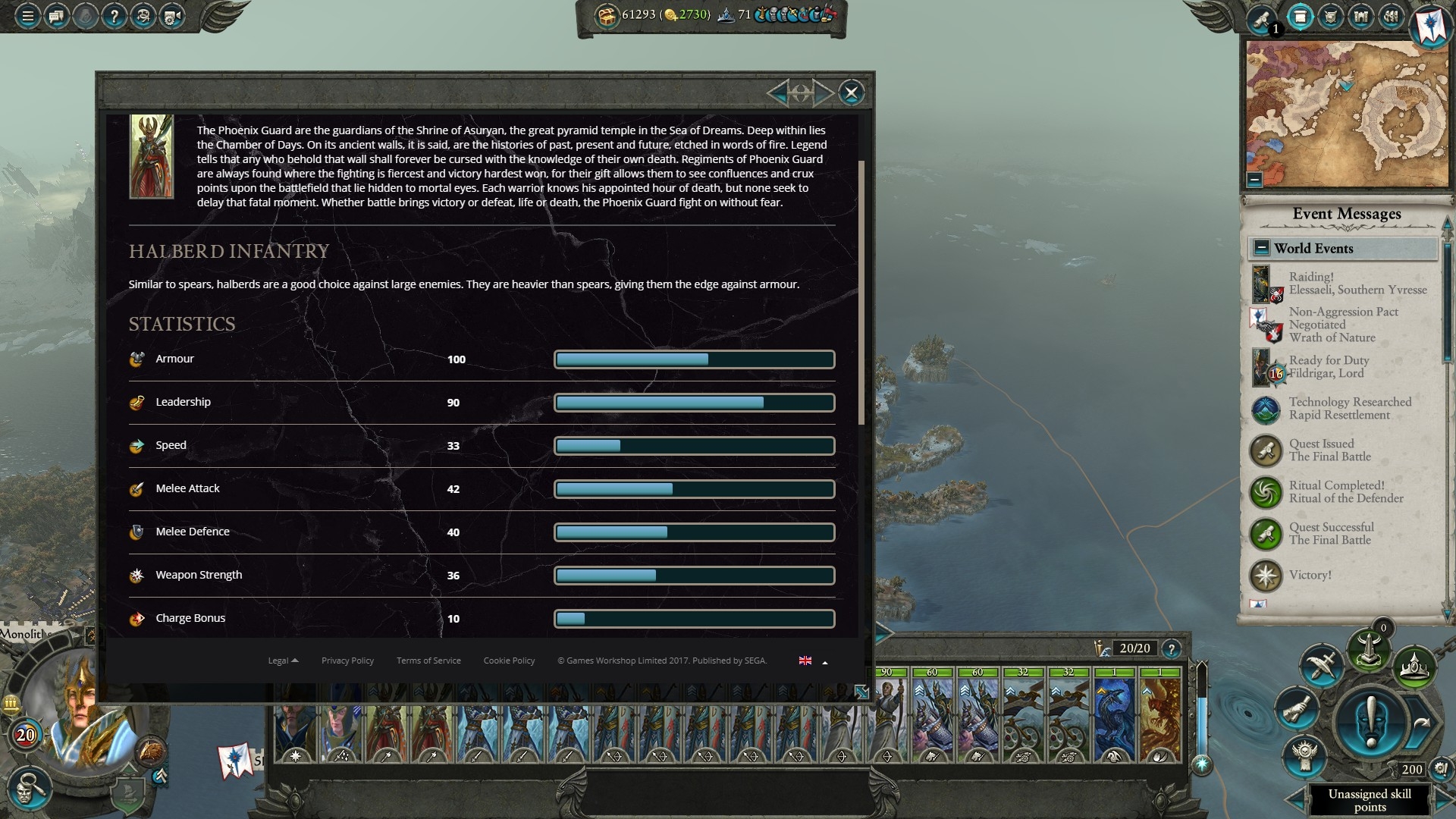 6. Even when I press the forwards button, the camera will still pan to enemies/allies/neural targets. Can this be changed to not pan, and just get the turns of the AI done as quickly as possible please. 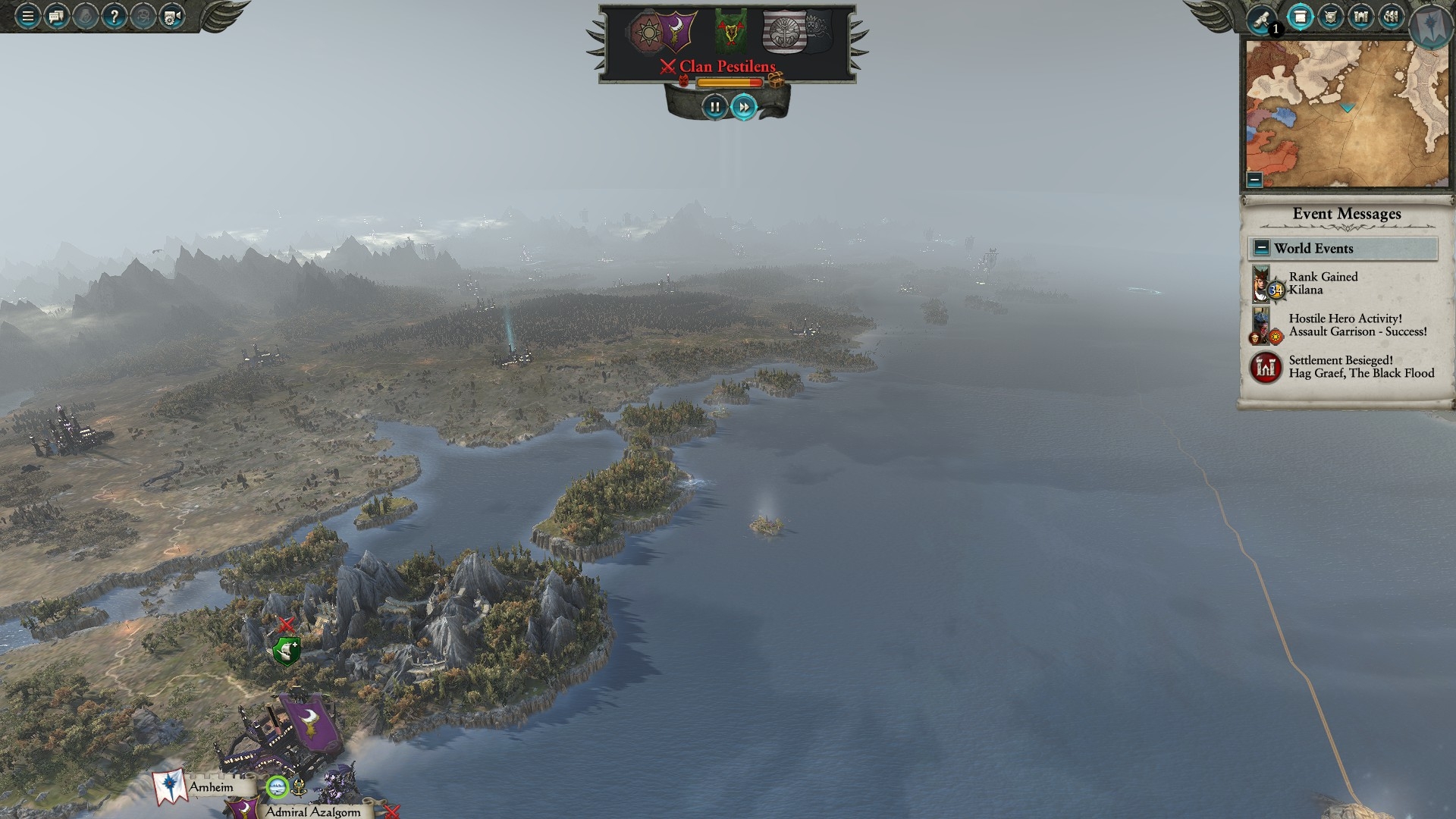 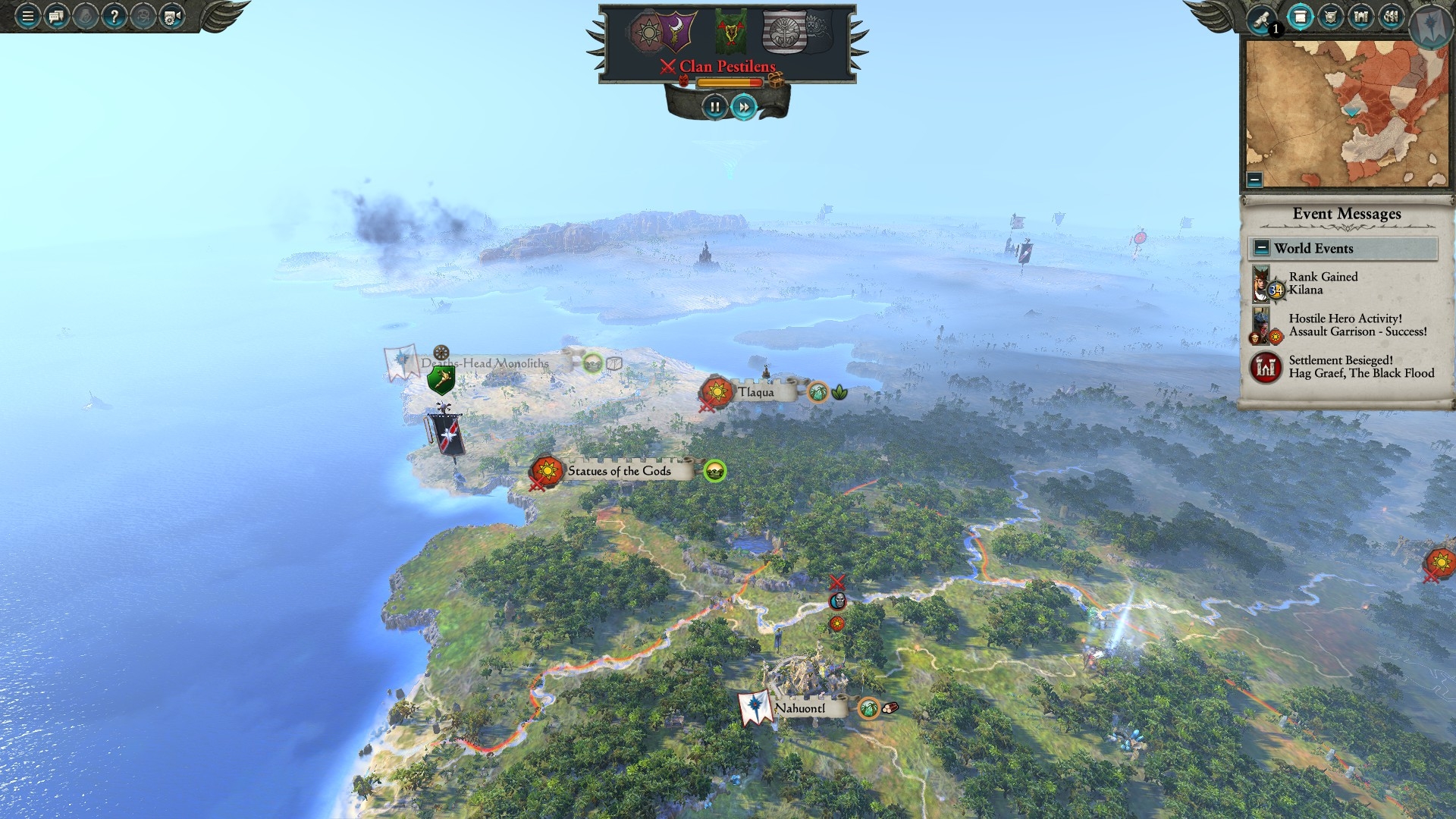 7. Heroes block the path of armies, and can be annoying when the hero has just completed an action, and the army has not got enough movement in the turn to go around the hero. Can this be changed please? This problem will coincide with problem 2. 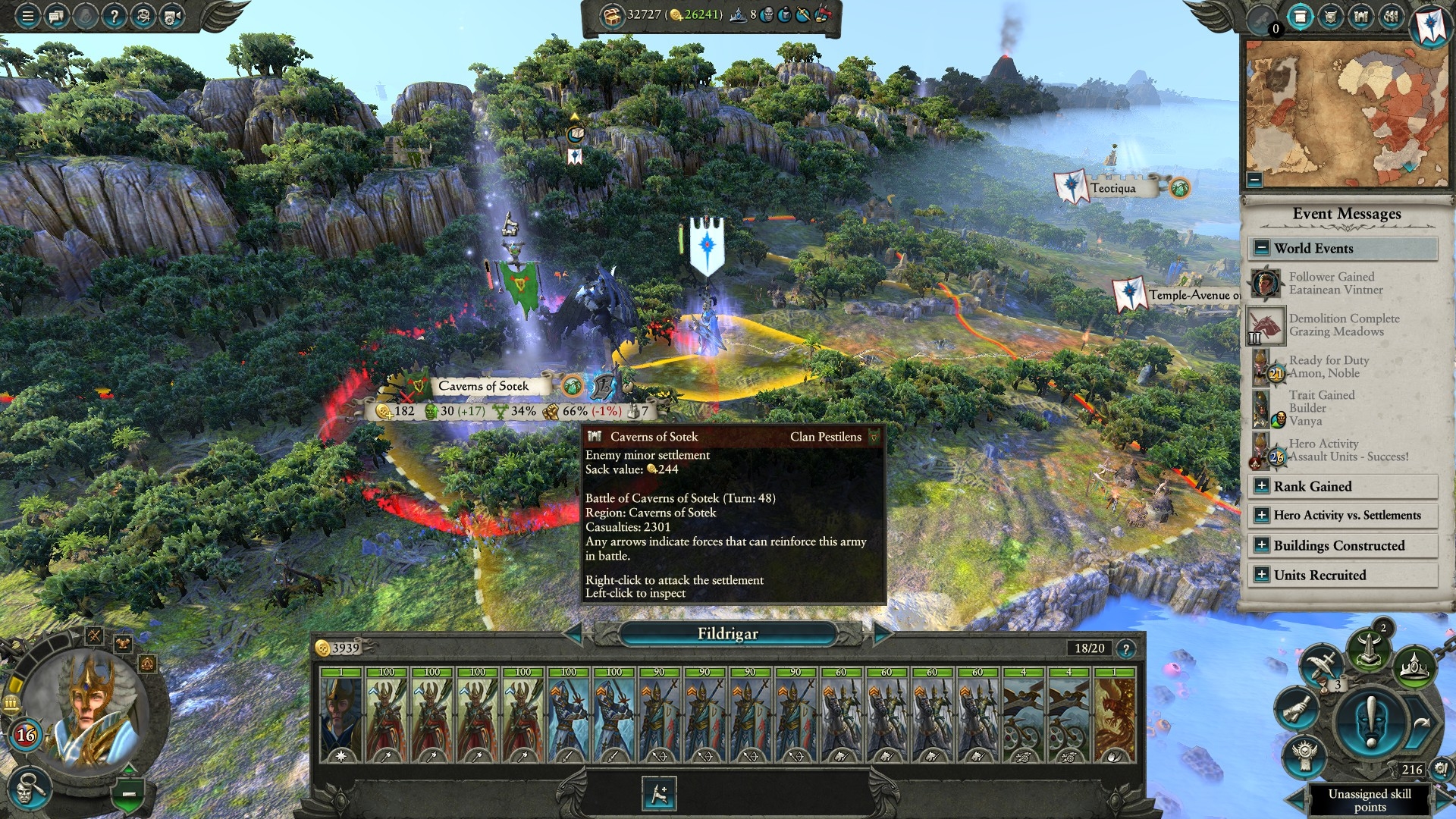 8. Sometimes settlement names block army icons, can this be changed please to make it easier? 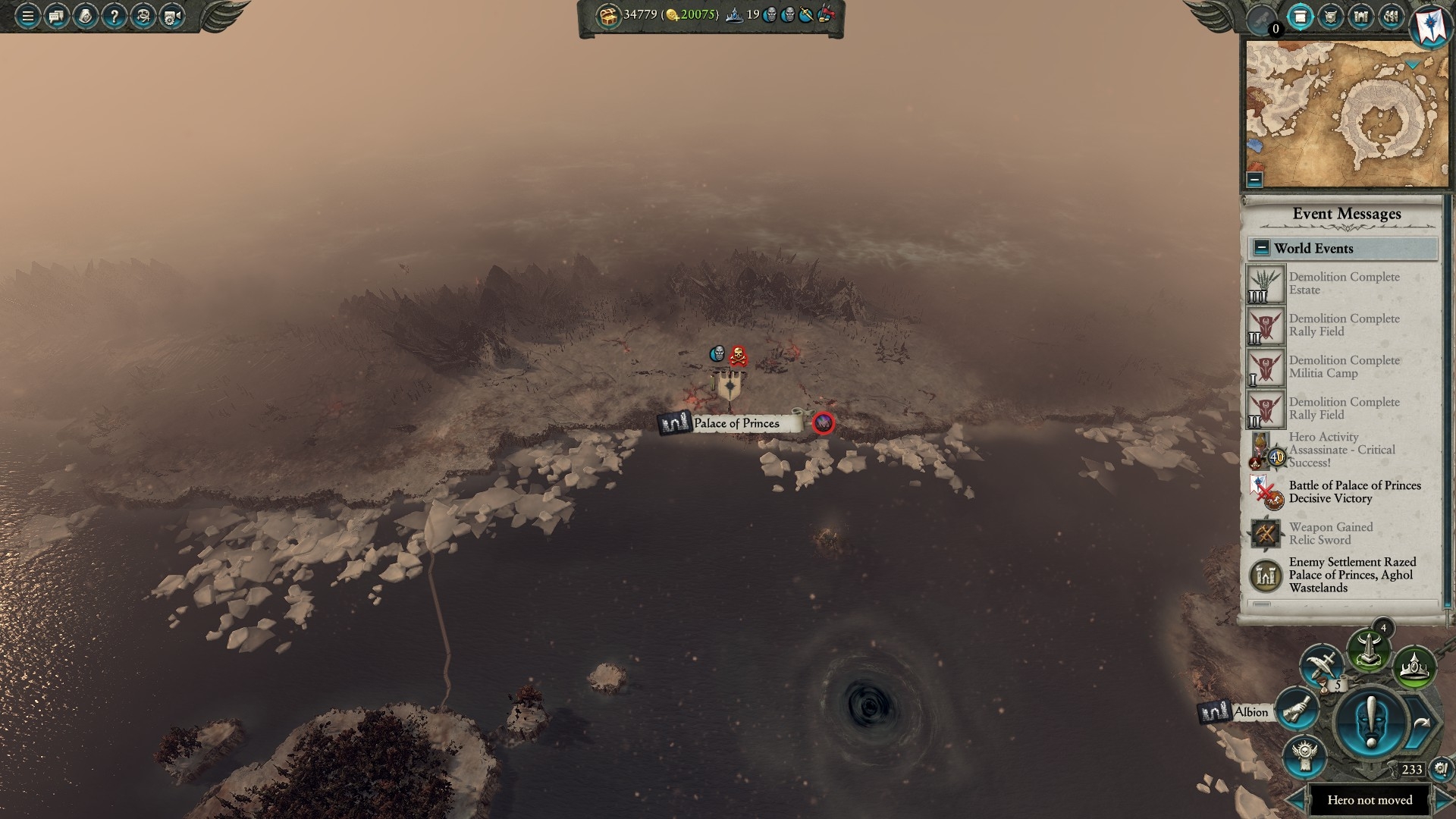 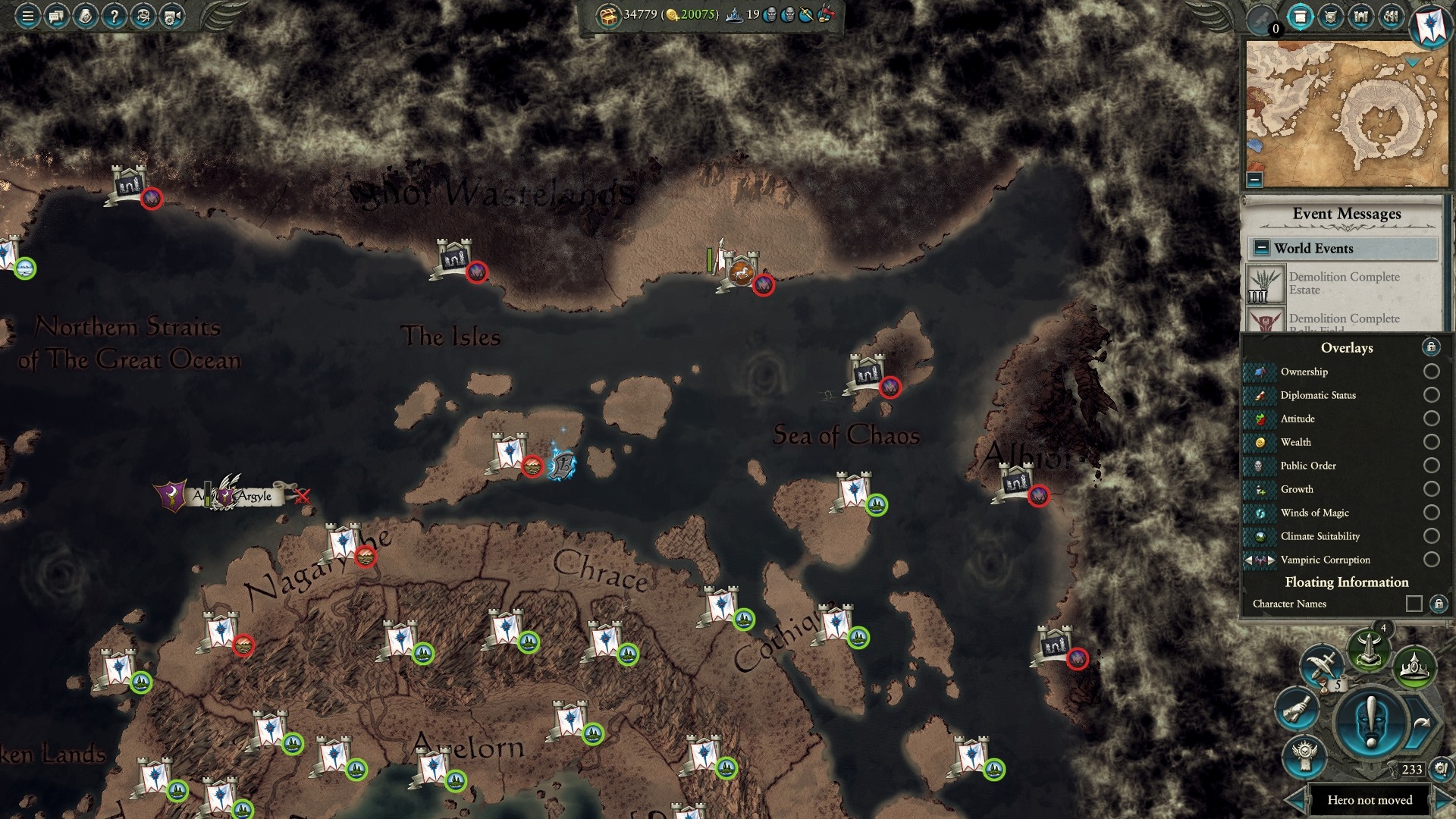 9. Sometimes units in guard stance will not fire their arrows properly, as opposed to of they are not in guard stance. This may be me, but can this be looked into please? 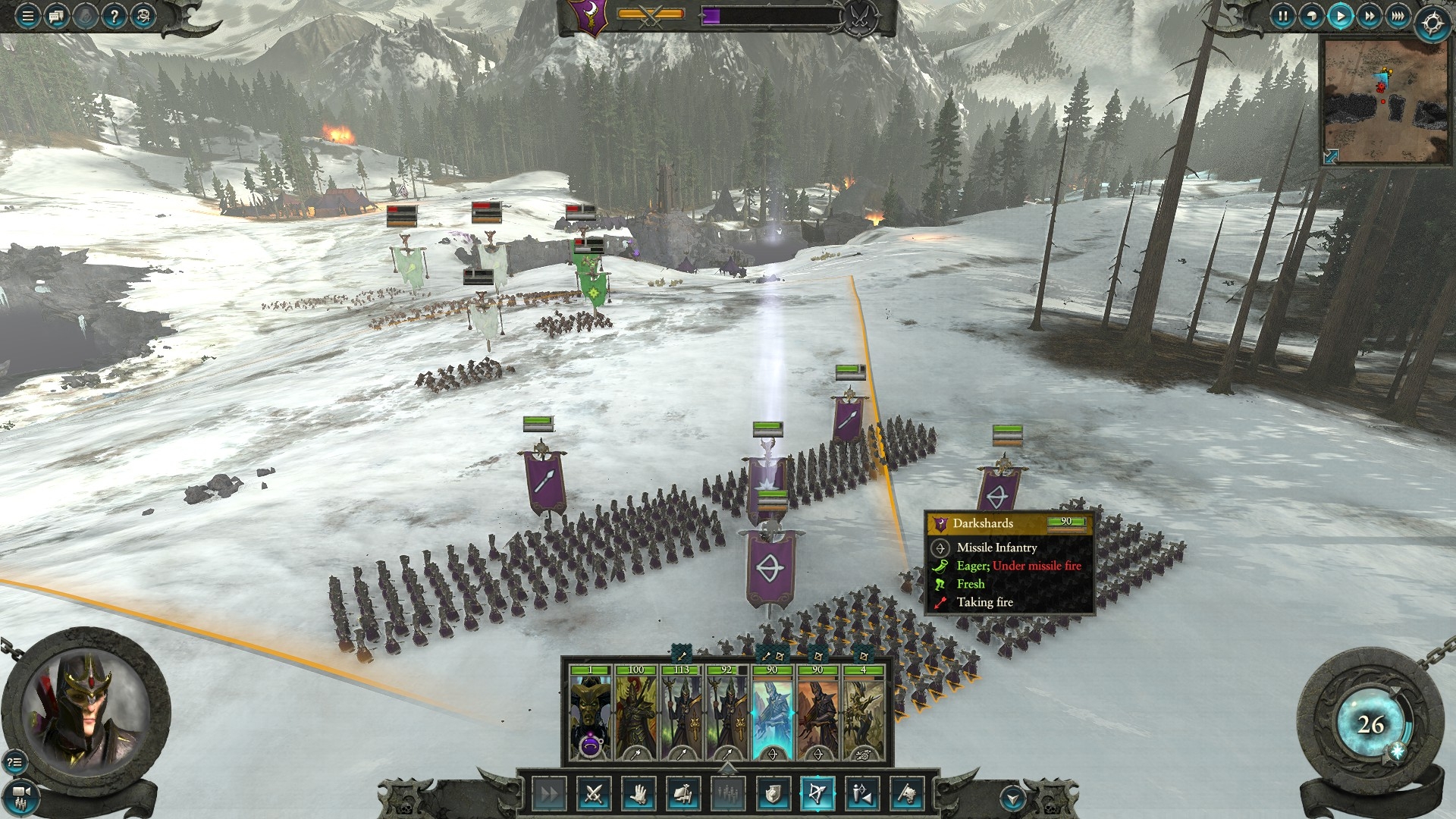 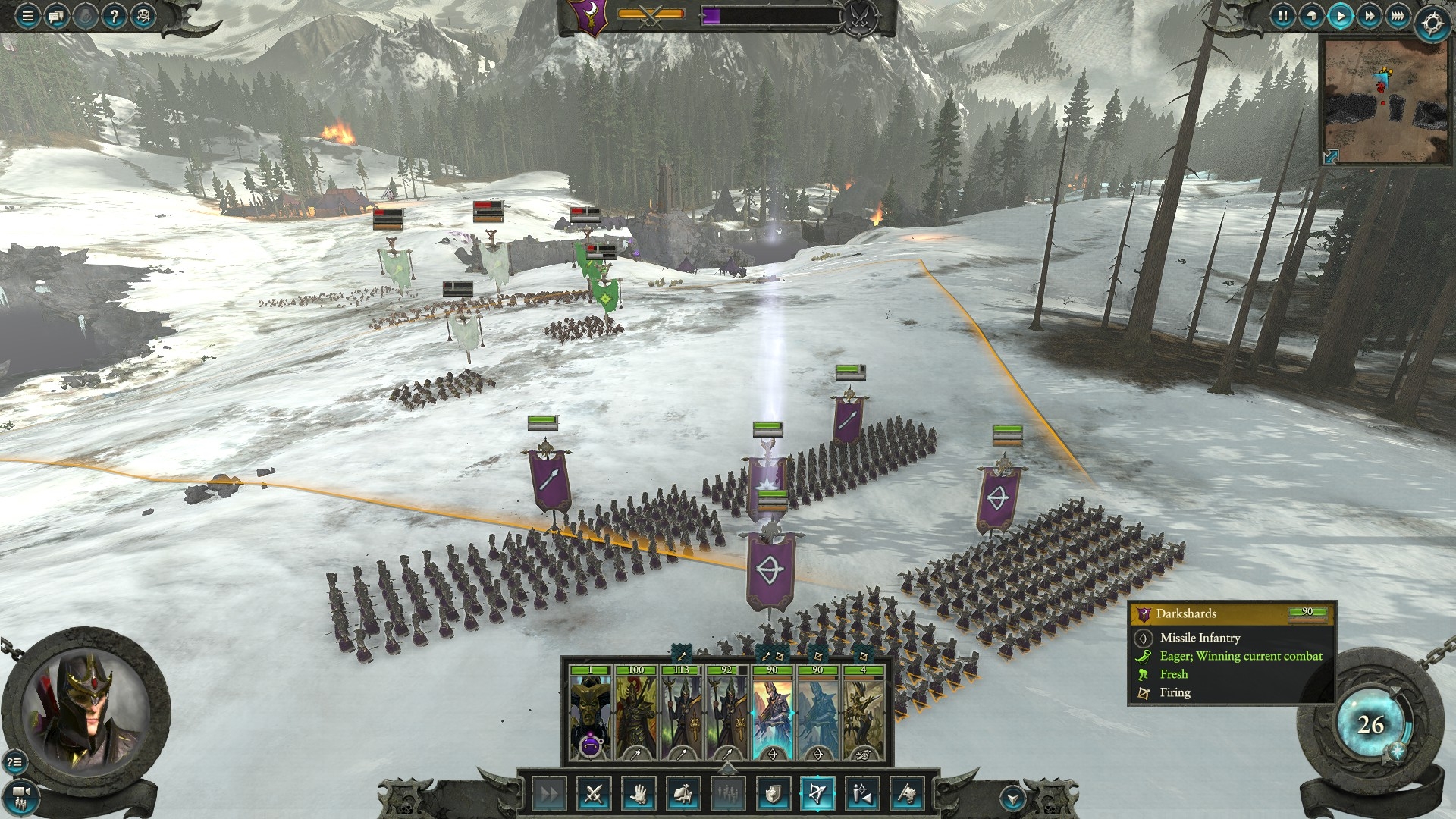 10. I fought this Skaven army twice on the battlefield, when I defeated it again the second time, it still ran away. Isn't the second fight after an army retreats meant to kill the retreating army if they loose? Unless I auto resolve the second fight, and unless I kill 100% of enemies in the second battle, this occurs. 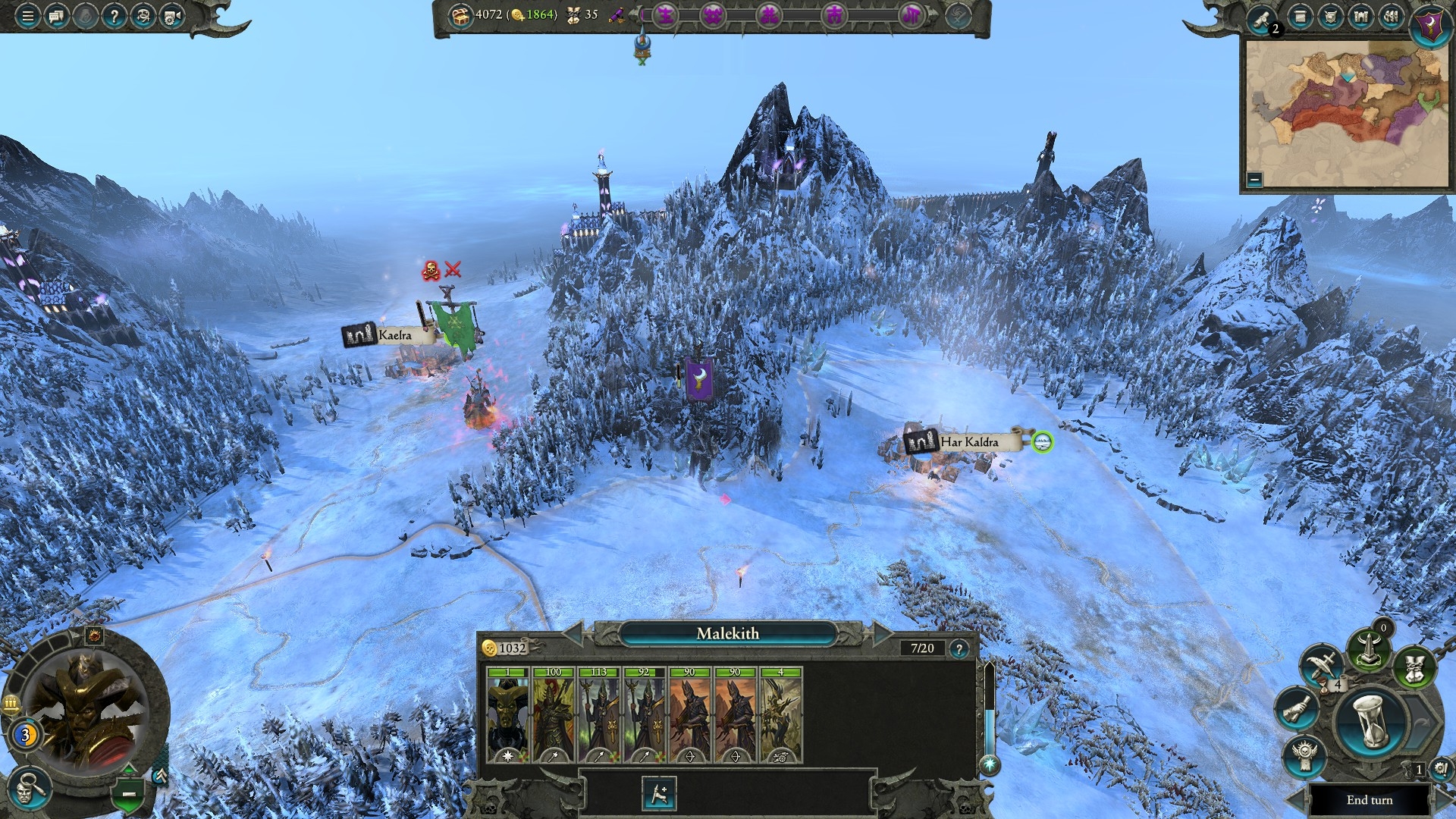 11. Bolt Throwers still moved even though they were in guard stance, can this be checked please? 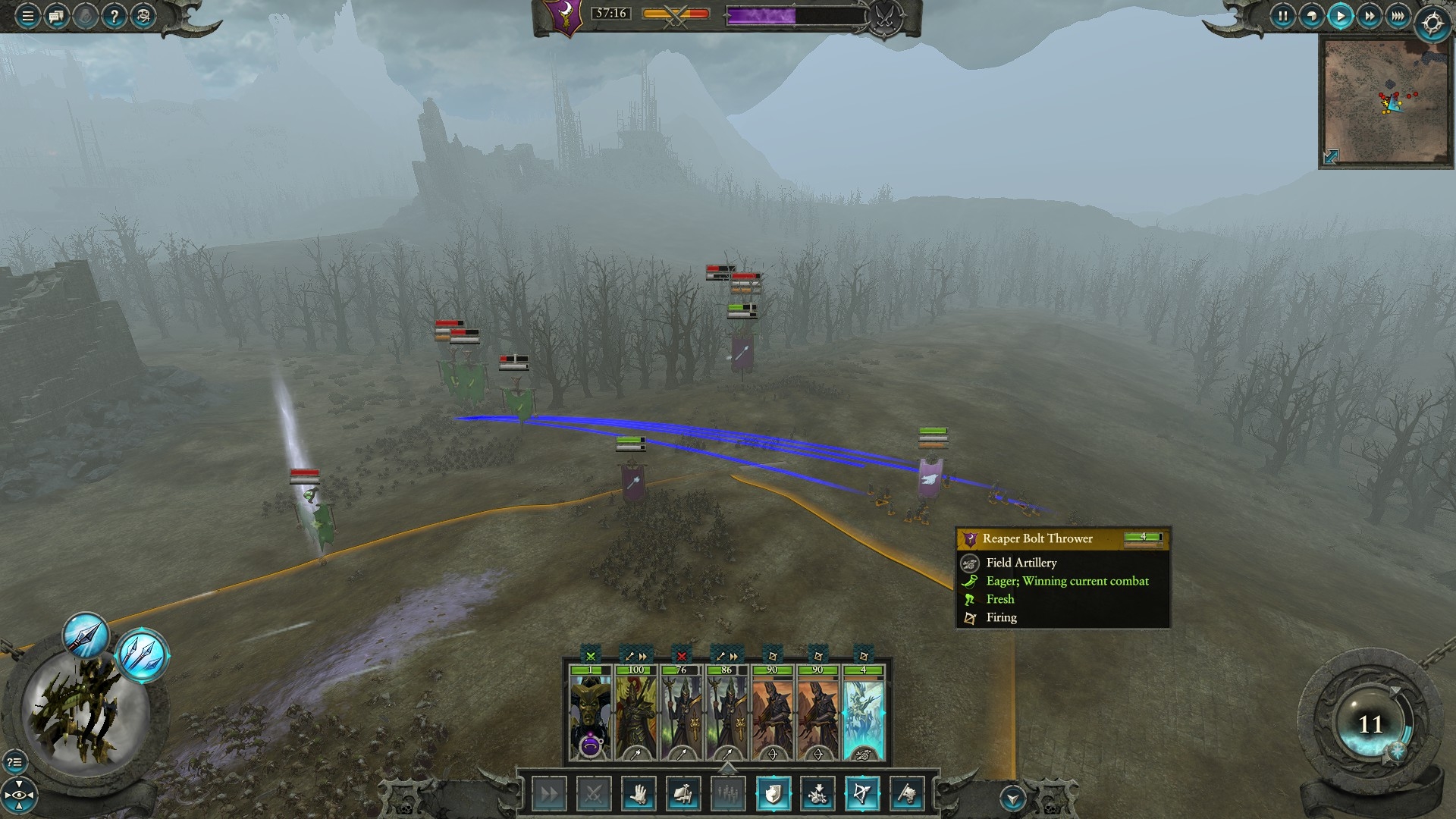 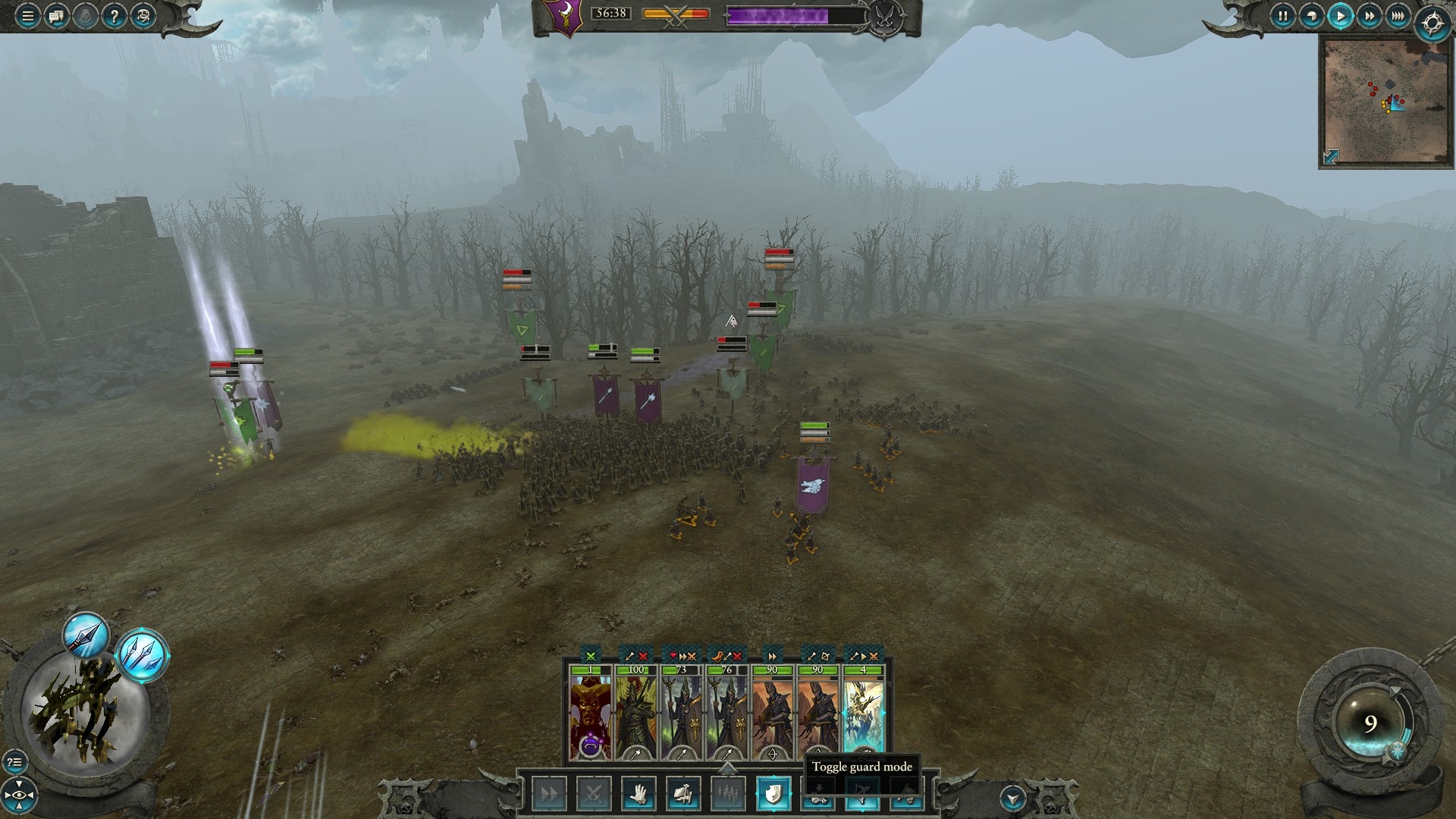 12. Malekith had the fireball ability in this match, and was able to fire them at will. 1 second cool down and 0 magic cost. 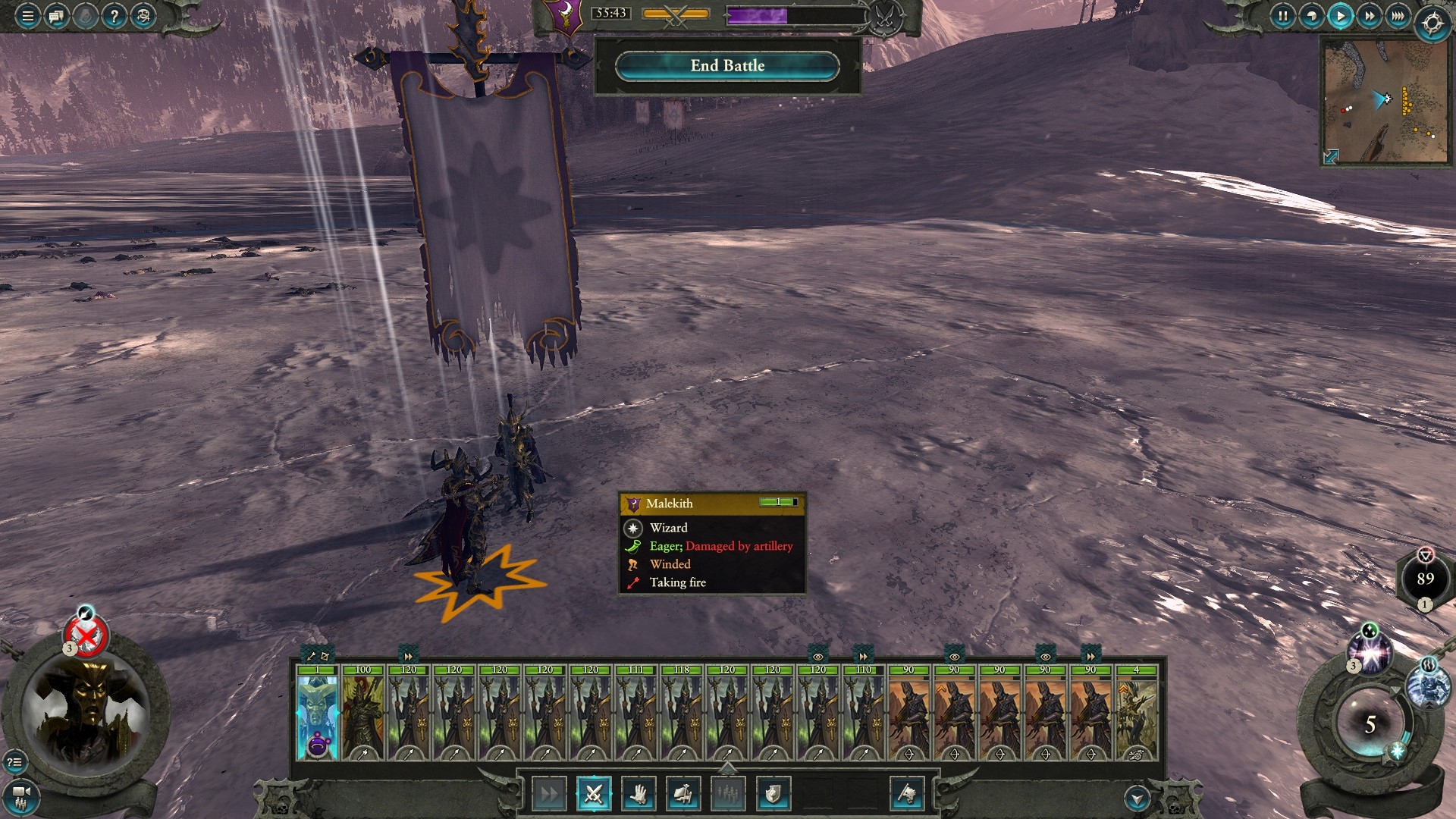 13. Armies tend to run past me a lot like this at full speed. I understand they have a goal, but these have eight turns to get to my city, and some do not. Can this be changed for them to be more risk adverse please? 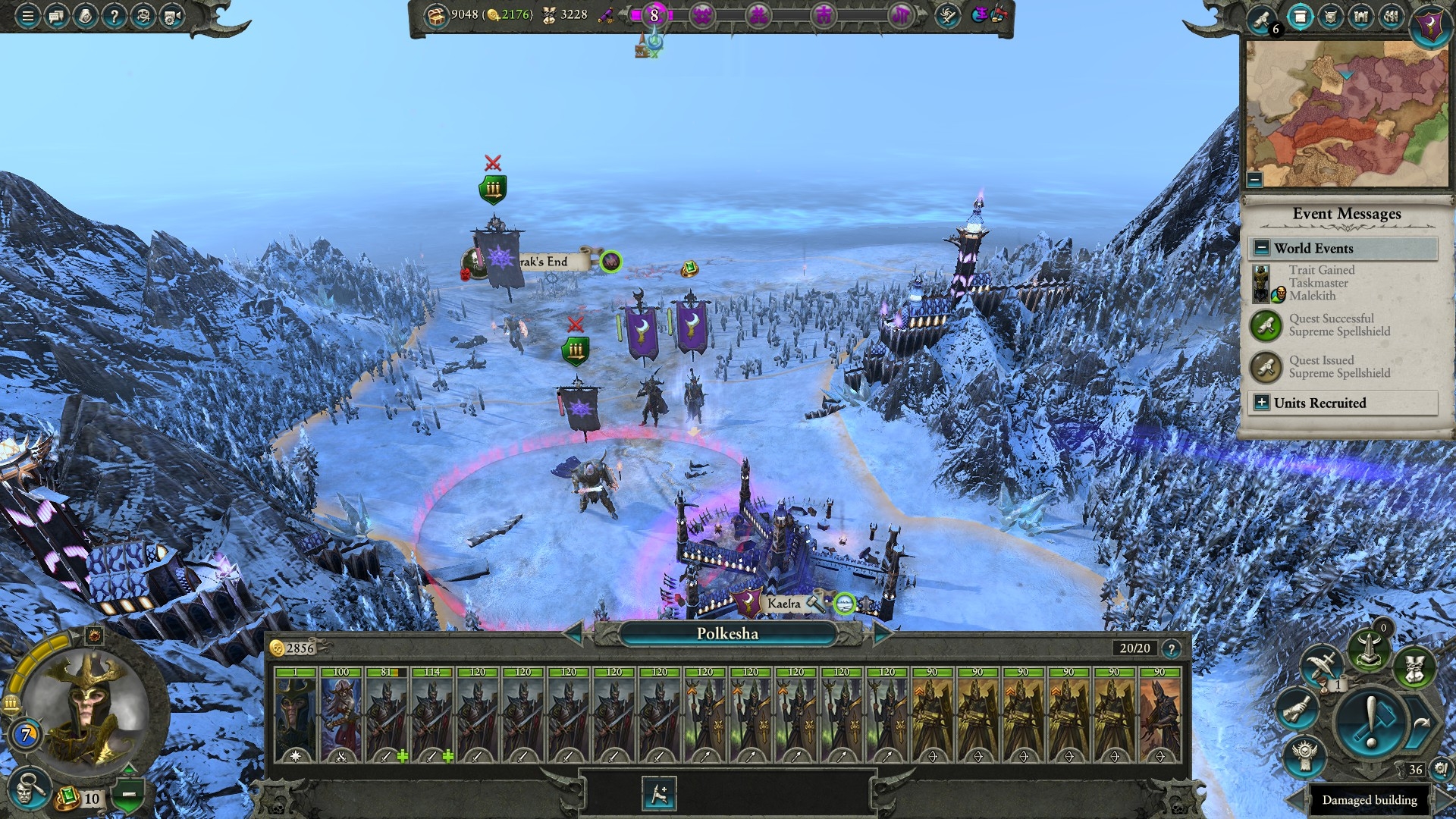 14. Auto resolve is broken when Dark Elves vs Chaos. Both of these pictures were taken when I did a battle between Dark Elves and Chaos on hard campaign difficulty and hard battle difficulty. 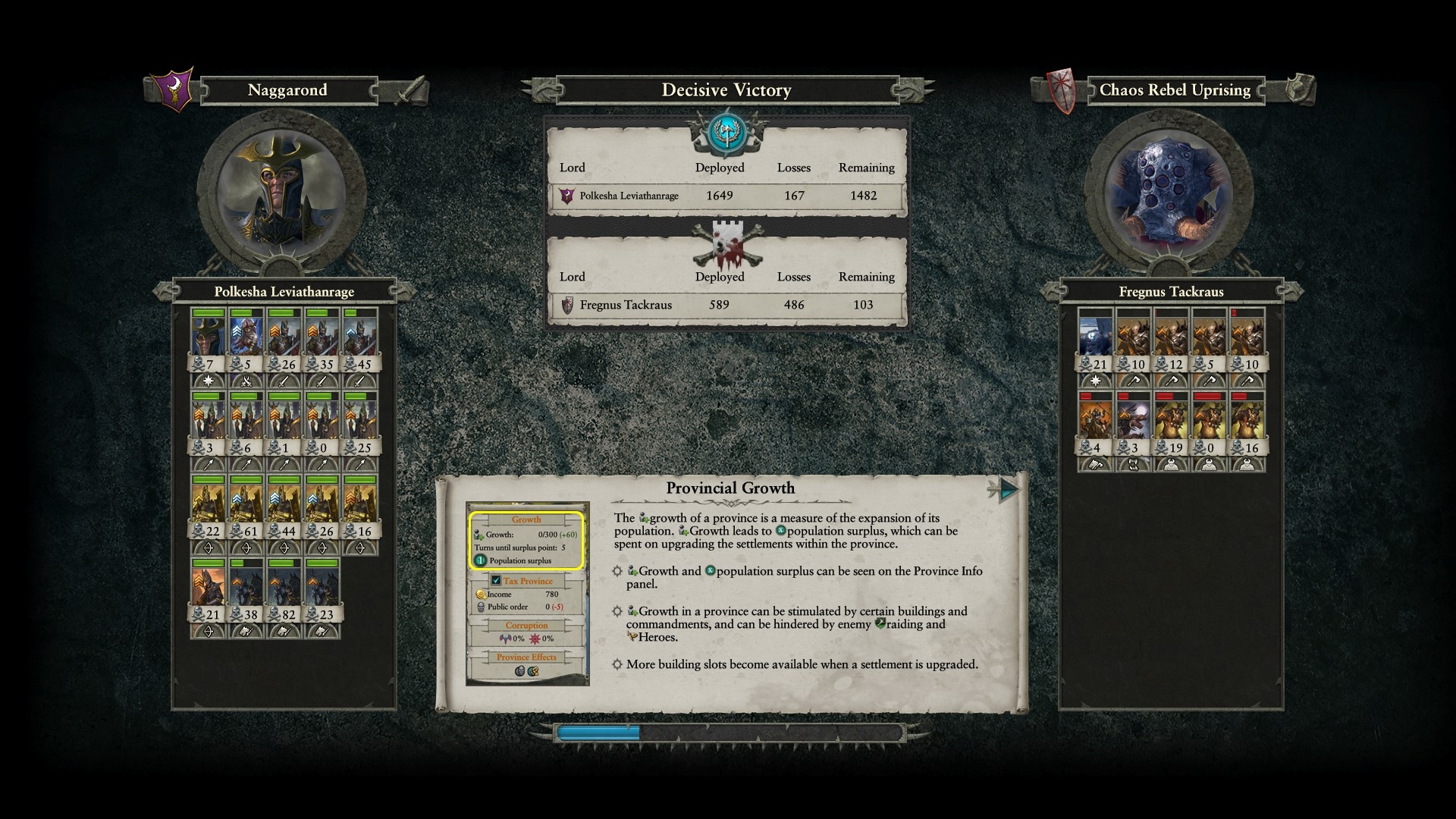 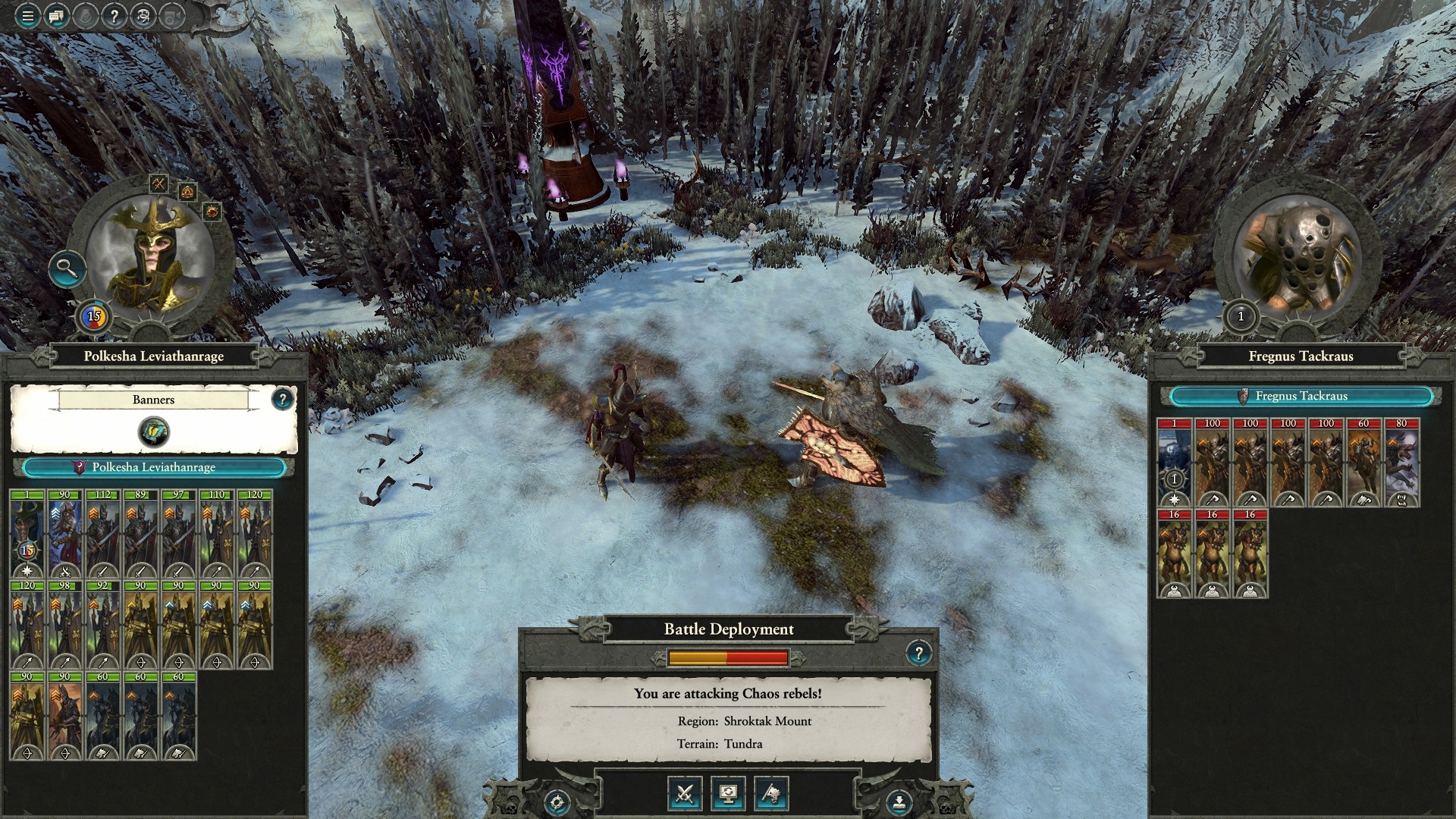 Will be posting more when I fond them,