Chaos: 1 suggestion and one bug

With the Foundation and the Reprisal Update you have removed the "pure sack" option from Chaos and moved everything to "Loot & Raze" and "Raze", just like with the Beastmen.
I personally am not a fan of this system.
The sack option allowed Chaos to maximize income, horde growth and lord leveling (am not talking about constantly sacking the same settlement over and over again), which not only sped up the gameplay, but also allowed for a faster development of a second army.

So I think it would be great to have it back as an additional option again.
Chaos player would then have 3 options after non-norsca-tribe city (the ones where you awaken the tribes): Sack, Loot & Raze and Raze

That way people who like the playstyle of razing a city in one turn would be content and players who like to sack in one turn and raze the other would be fine, too.


Now on to the bug.
The trait "Infernal Dominance" Exalted Heroes can get doesn't work currently.
The trait is supposed to give +5 Melee Attack to the Lord's Amry. 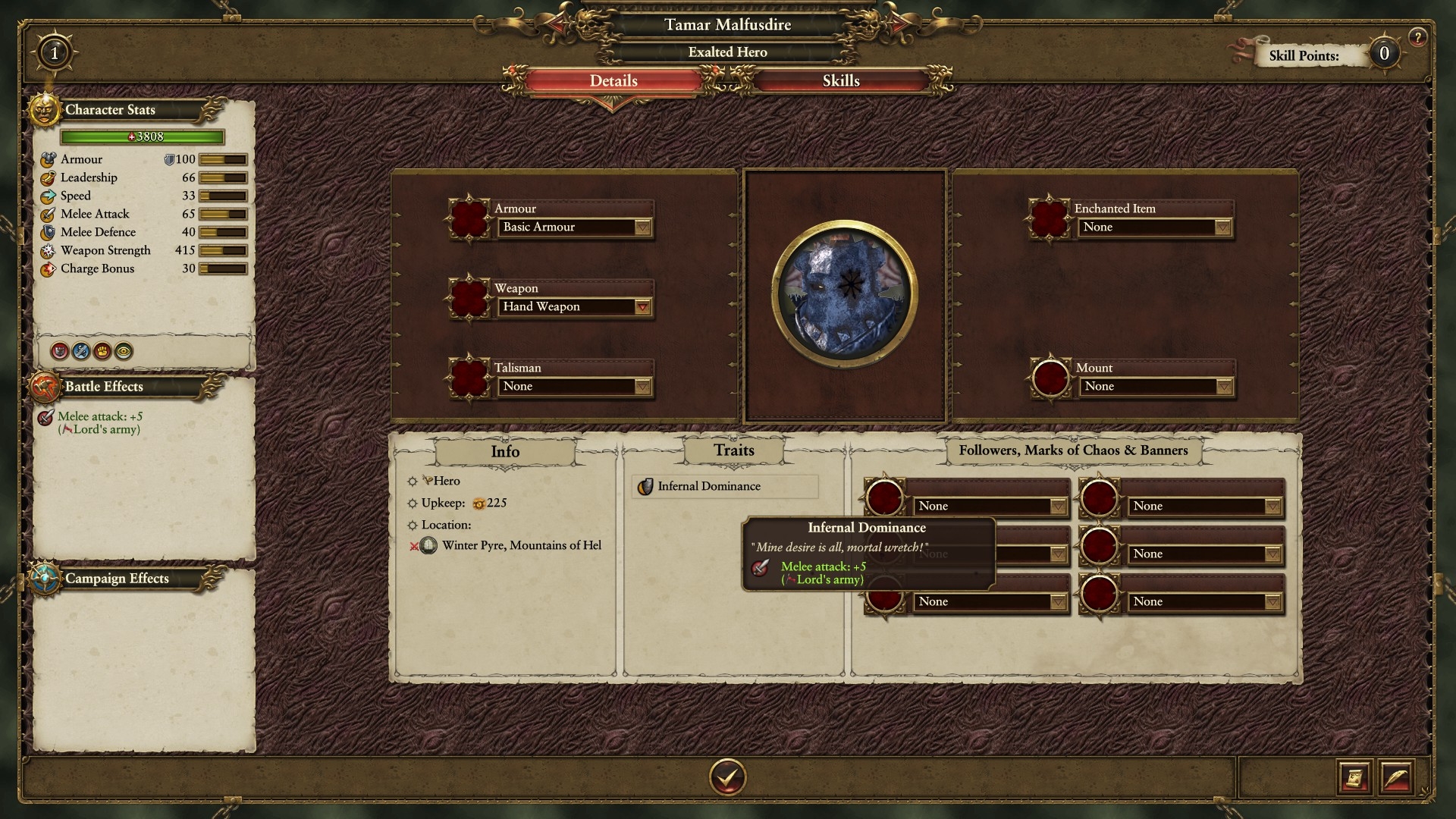 A normal Chaos Warrior has a Melee Attack of 34 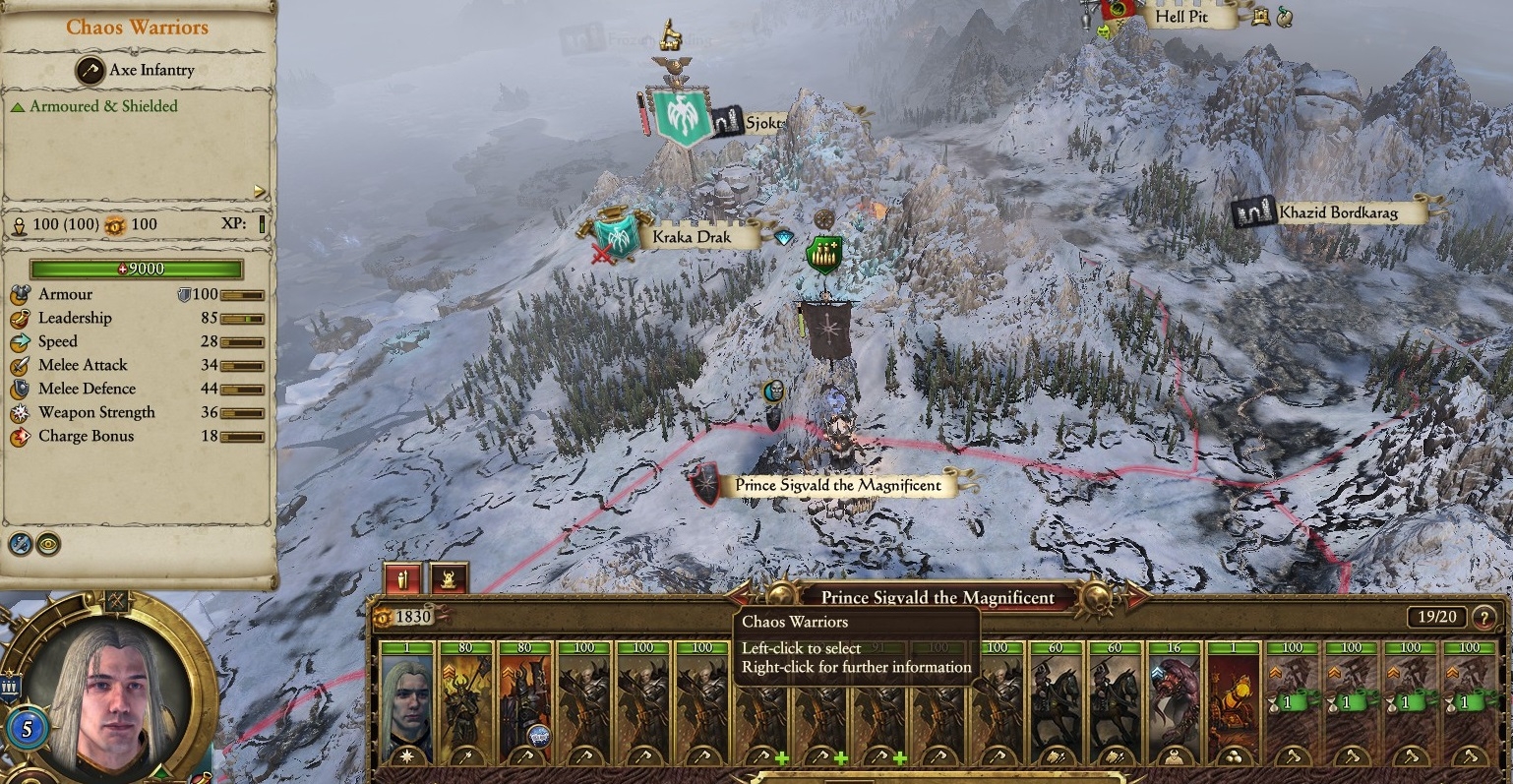 And it stays at 34 with the Exalted Hero embedded to the army, while it should be at 39

I went into a battle to see if it's the same there and it yes, it's still the same Melee Attack 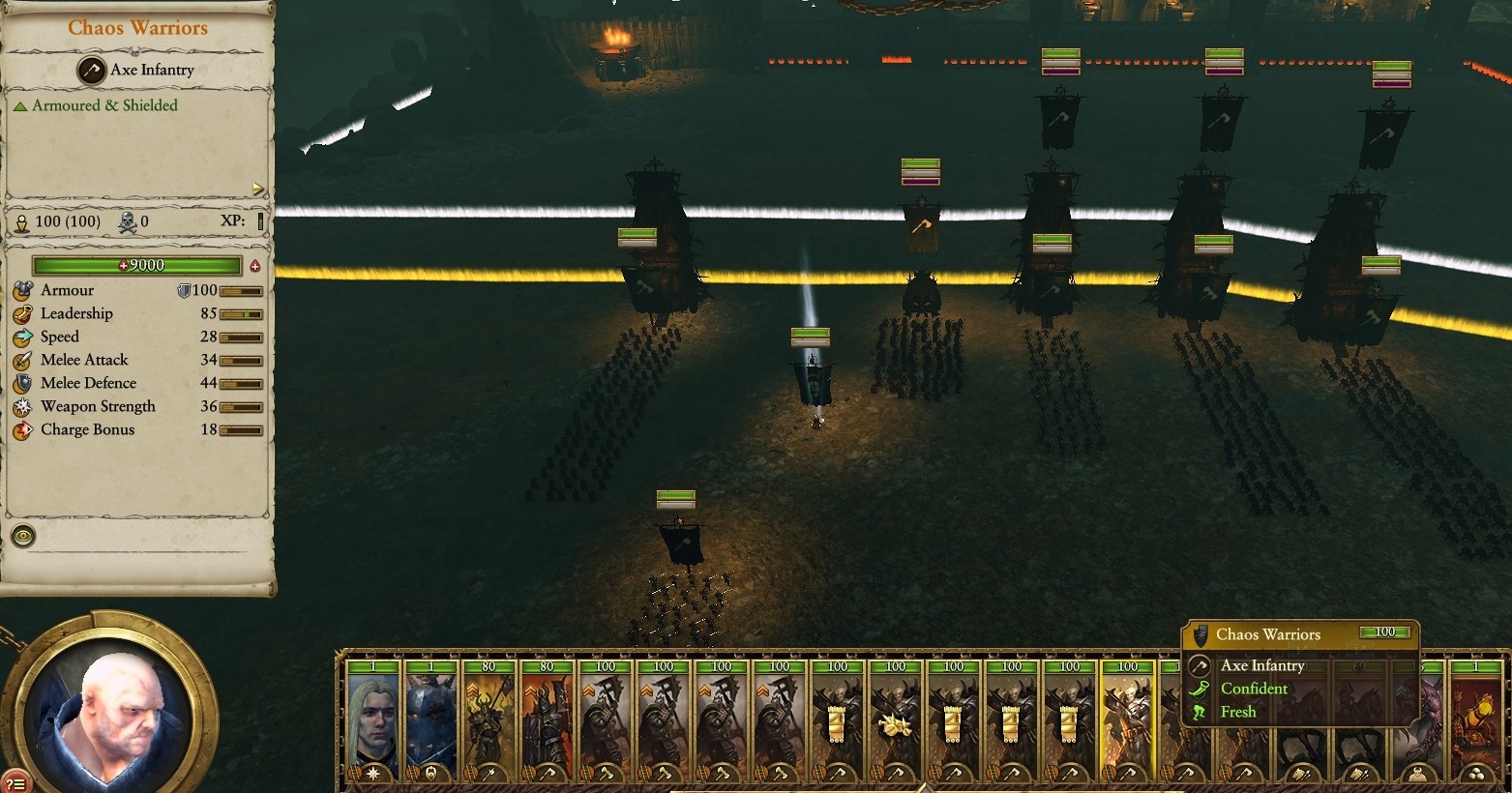 The attached save-game is from that Chaos campaign
Disclaimer: What I say is my opinion and not necessarily stated as fact.
Warriors of Chaos 2750529056.zip 8.4M
Flag 0 · Like