dreagon Senior MemberPosts: 1,987Registered Users
December 2017 in PTE Beta Feedback
I was playing the Sunburst Standard quest battle and it seems to be bugged. The last time I played it was before the beta patch and it worked just fine at that point. The chaos armies don't seem to be attacking. I feel like the first army only attacked because my allies attacked them, they behaved a bit strange before my allies made contact. The second army just lined up at the map border with any survivors of the first wave. The only units that attacked me were the flying units and 2 marauder units. Playing on normal difficulty in case it matters. The only mod I use is the no AI confederacy bonus by MINOS so I doubt that's the issue. I do have a save from before the battle so I will replay the battle once I have time to see if it happens again but for now I wanted to see if it happened to anyone else. 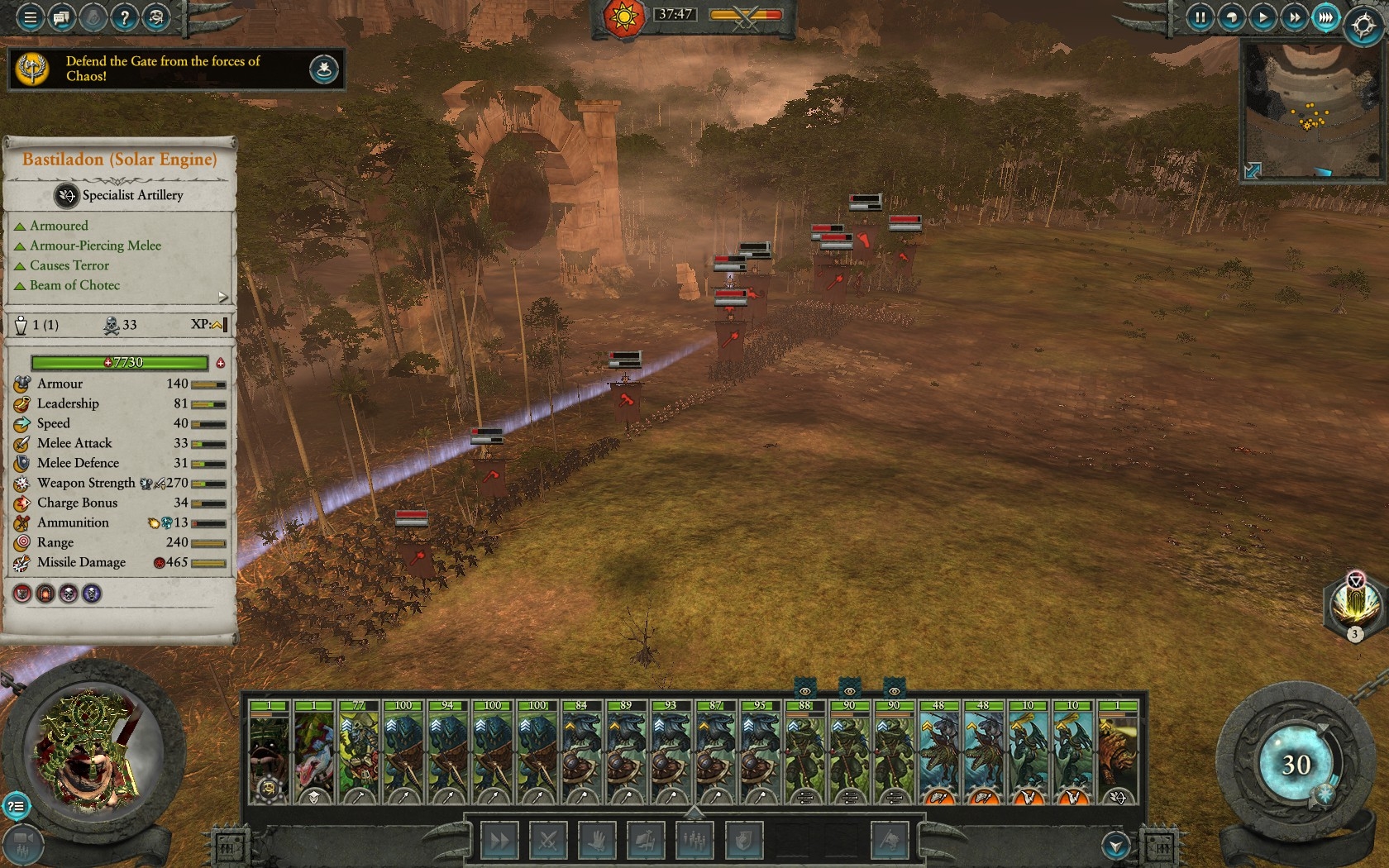 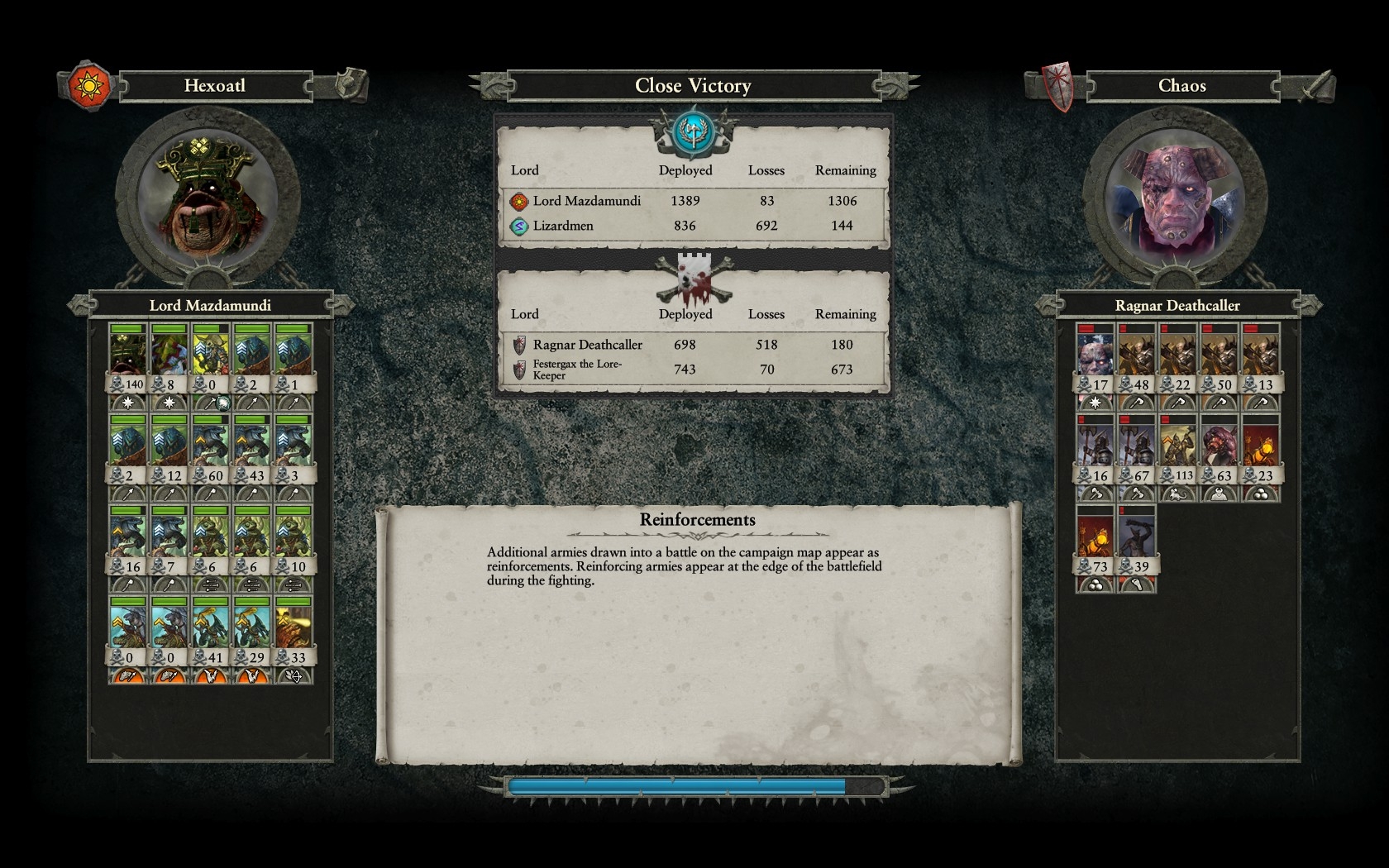 "The dog is a peasant and the cat is a gentleman." H.P. Lovecraft
Flag 0 · Like