Octavius_5 Senior MemberPosts: 272Registered Users
December 2017 in Campaign & Battle Bugs
The effects that increase missile range are not working. The change shows up correctly in the UI for the unit on both the campaign and battle map, but there is no actual change in the range for the unit. To test this I increased the magnitude of one of the effects that increases range to 100%. The UI correctly shows a doubling of the range of the unit, but the actual range shown by the red highlight on the battle map is unchanged. Here are screenshots with two units moved on top of each other. One is from an army with the range doubled and the other is from an army with no effects that increase missile range. You can see the red range guidelines are the same. One is not double the distance of the other. 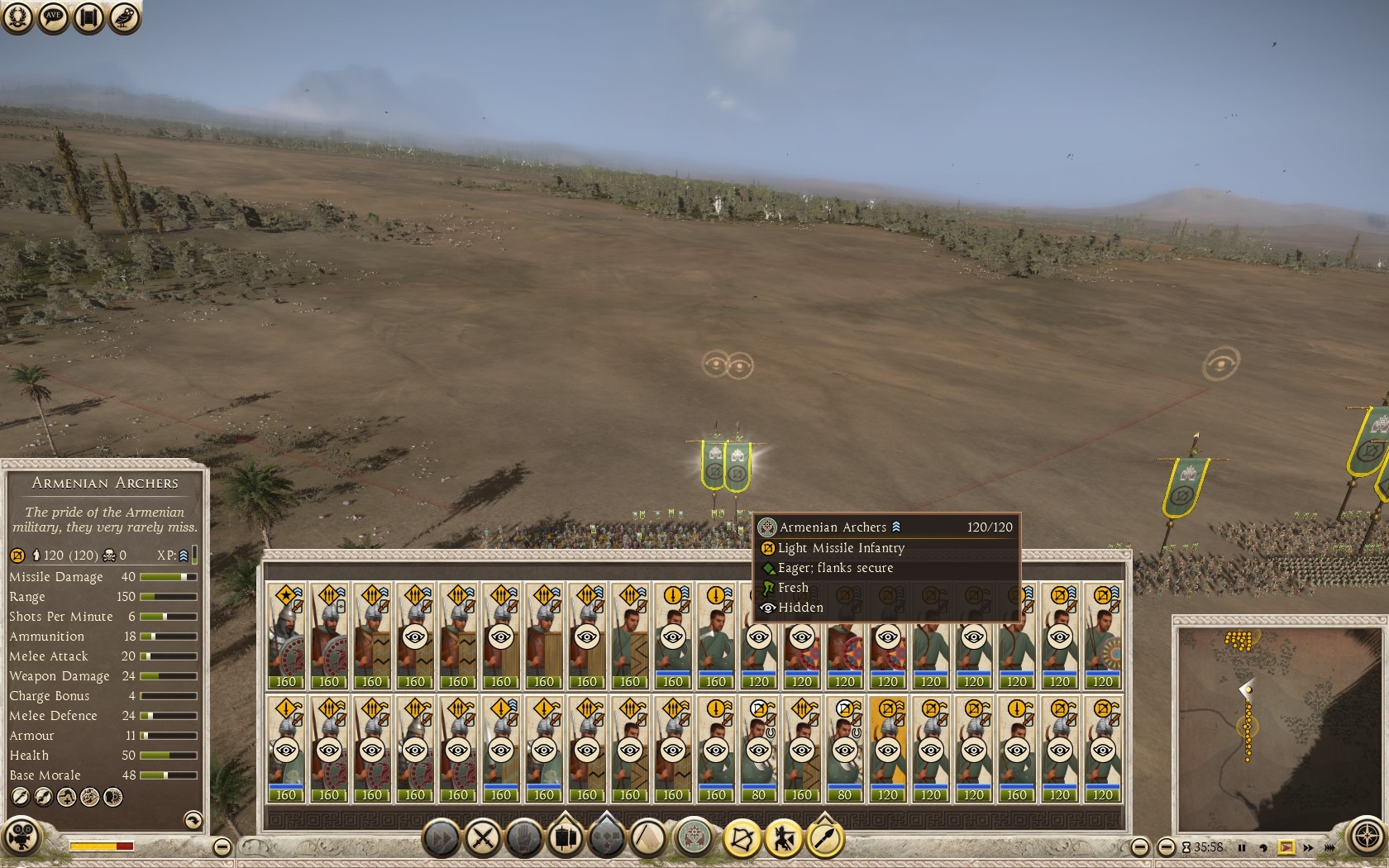 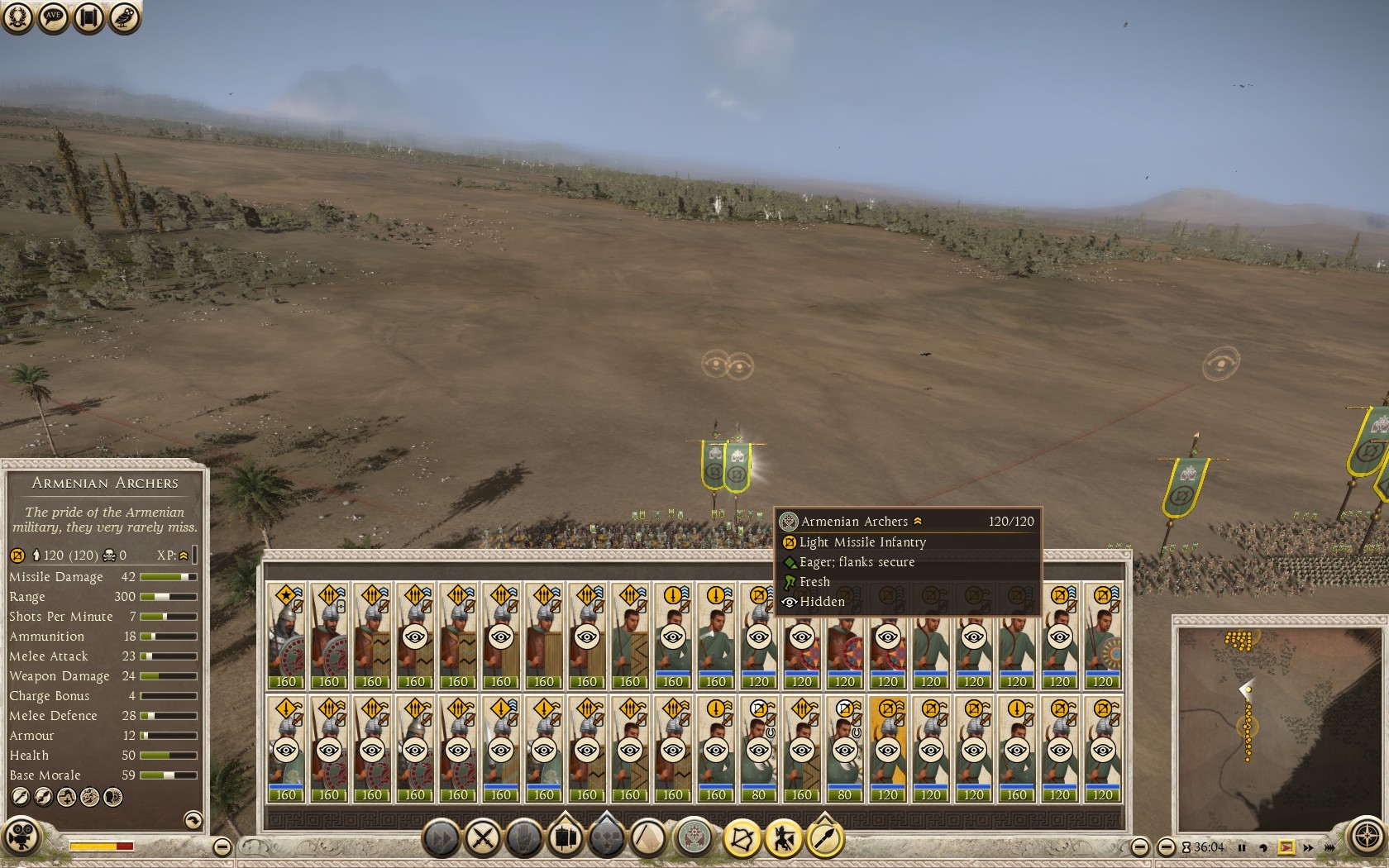