Rise of the Tomb Kings bug

GM1986 Registered Users Posts: 6
January 2018 in Campaign & Battle Bugs
In the Mortuary Cult, there is a New Dynasty craft that permits us to get another army, we can do this craft multiple times, like it this said on the orange and round arrows, but even when we got enough resources the awaken button is still inactive and say that we don't have enough resources. 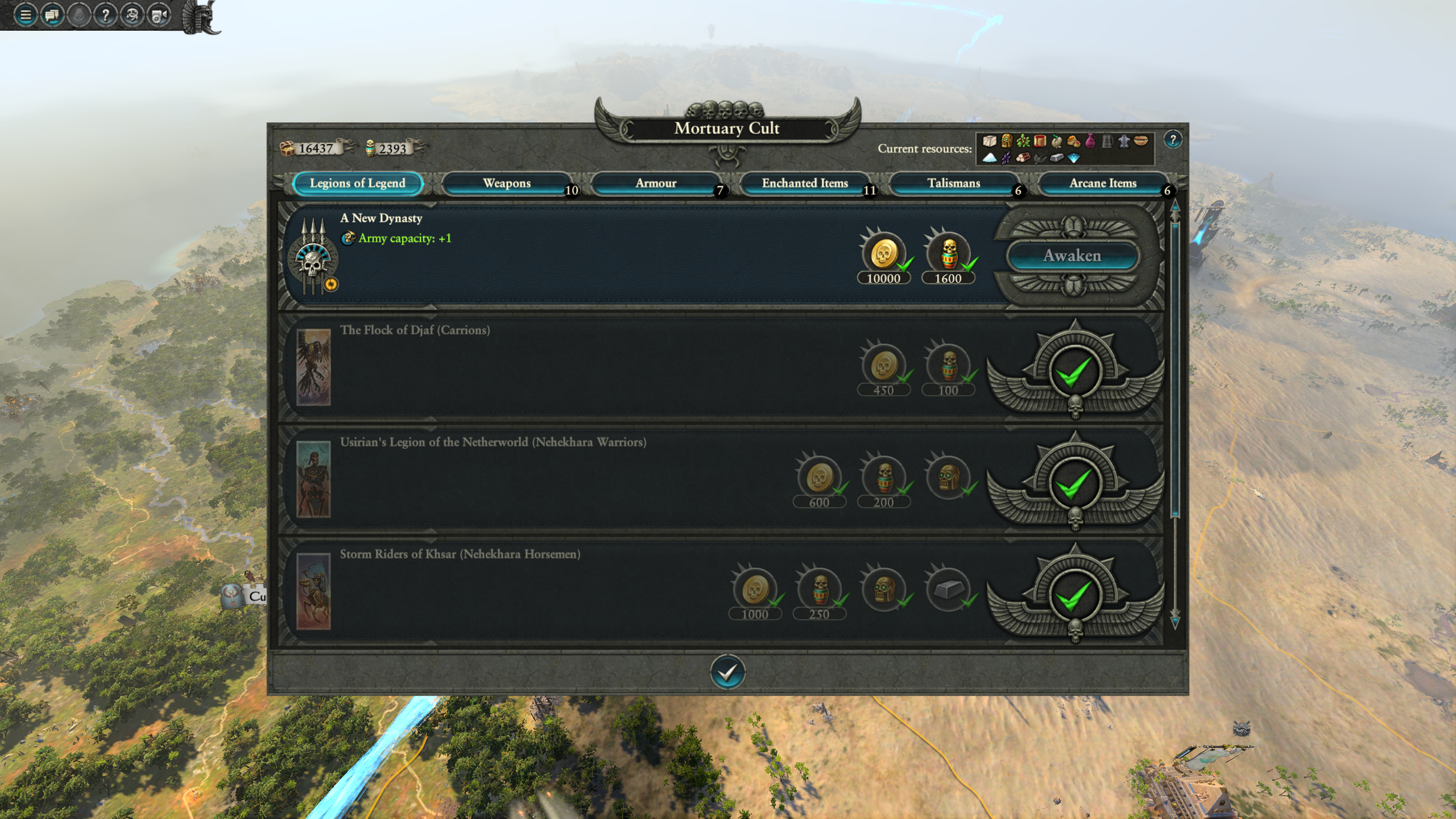