After a few turns in the campaign I got the mission to conquer all Longphorts on Ireland because some of them were apparently conquered by Gaelic factions. There was a decision if I want to conquer them all by myself or if I want to help my Viking Sea Kings brethren. I chose the latter.
A few turns later I got the same mission again (this time without a decision). See screenshot and/or savegame. 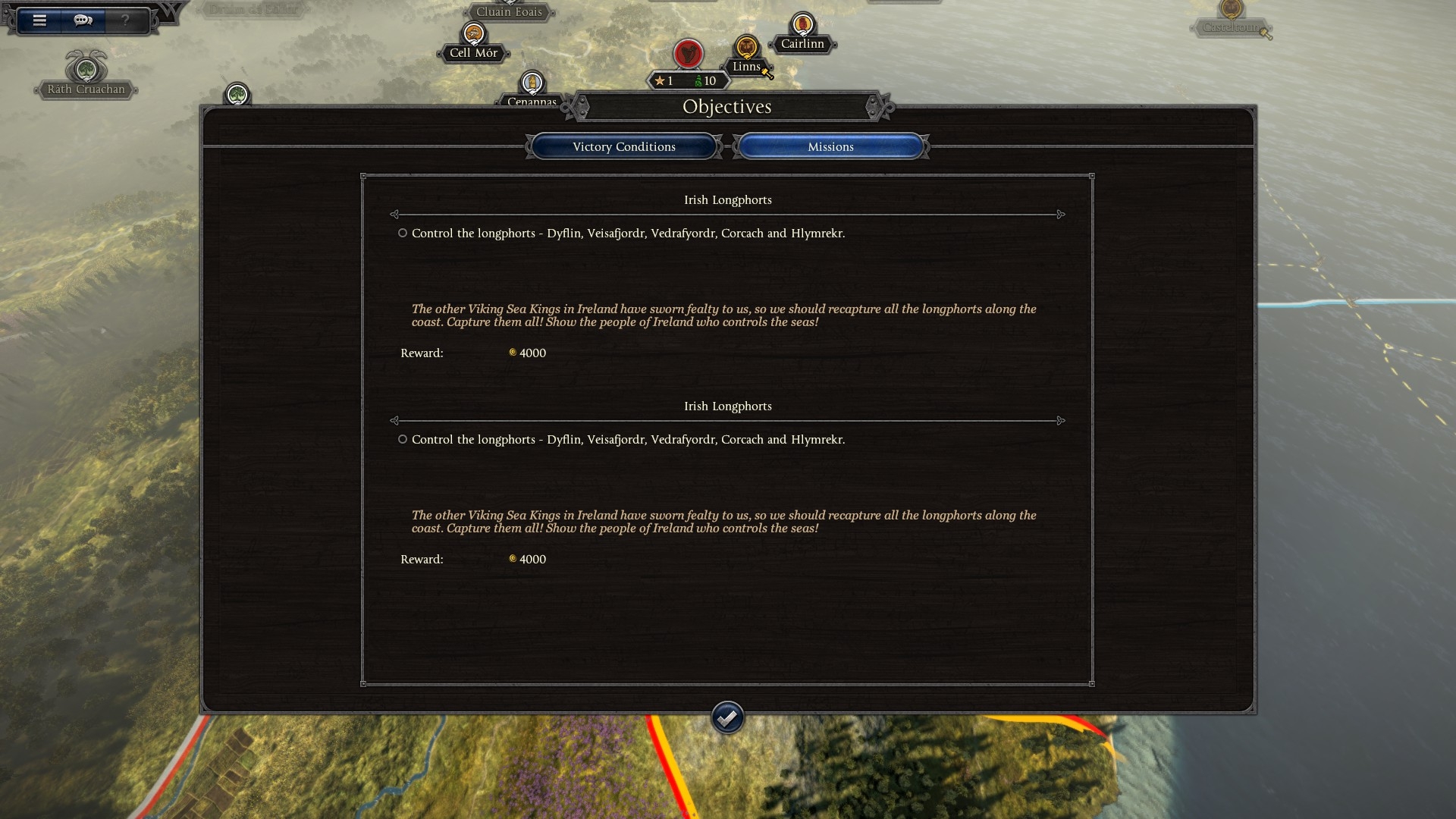 Steps to Reproduce:
Sadly I have no savegame from before the mission has been granted to me. I suggest playing the campaign until getting the mission, decide to "help our brethren" (so the other Irish Viking Sea Kings will become your vassals) and then play until the mission is received the second time.