uriak Posts: 3,421Registered Users
May 2018 in Community Content
Wanted to do an artwork of the lizarmen a while ago but didn't felt confident enough to do a bunch of them. So here's a little scene of a Skink priest doing a ceremony in a lost part of Lustria instead ^^ 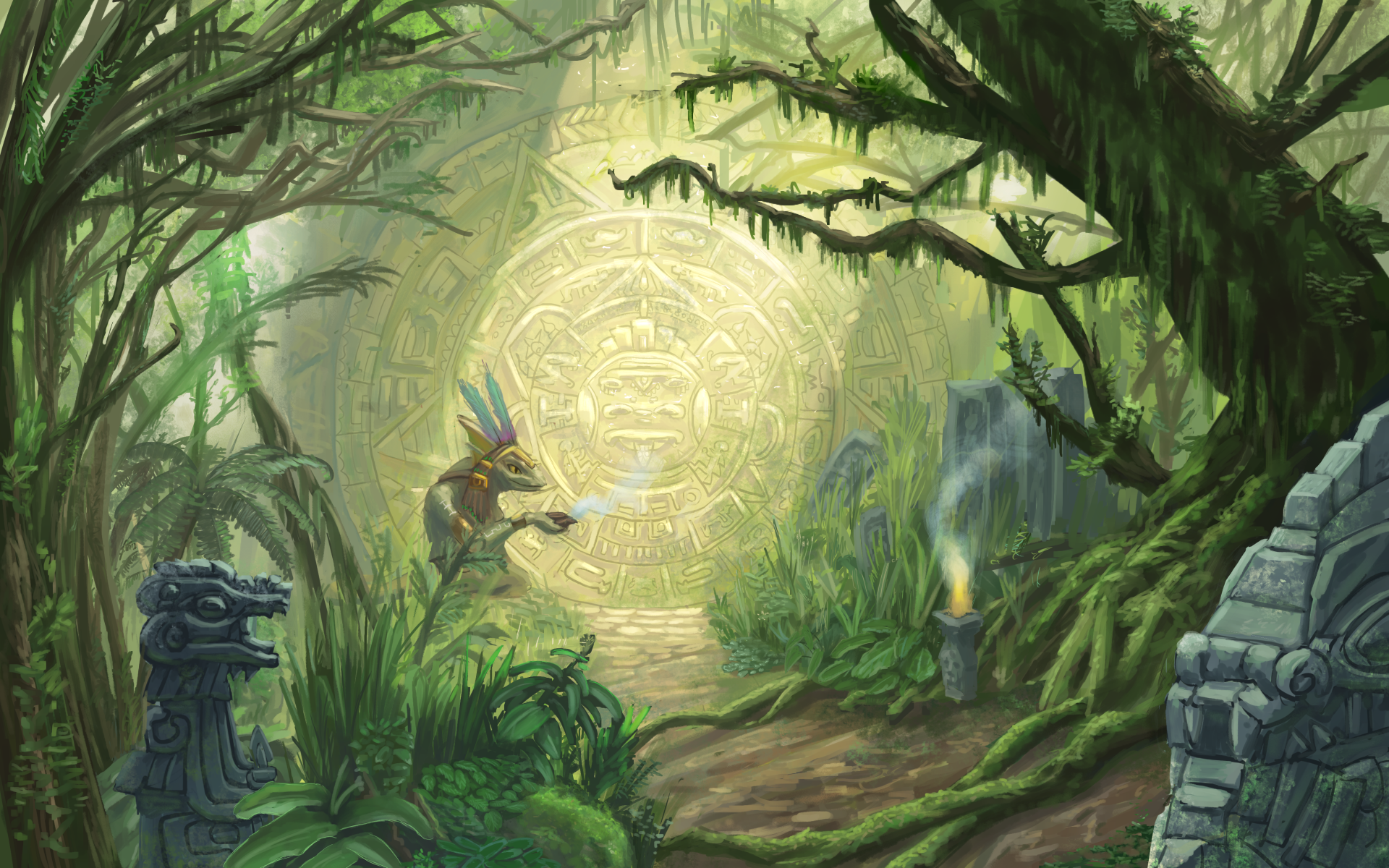