Dagget Junior MemberRegistered Users Posts: 25
July 2018 edited July 2018 in Ancestral Update Support
i played an Odrysian Kingdom campaign to test the new changes. The agent rework will take some time getting used to.

These are some issues I have found from this year's patches:

- The Household slots are merged for Generals and attached agents, so in reality the character receives only 1 extra slot compared to the previous patch. 1 slot for married character, 1 for an item, 1 for a follower, and 1 for whatever agent is attached to the general's army. This makes it rather awkward to manage.

- Some followers, like the Hearth Guard, appear alongside items for that slot's selection: 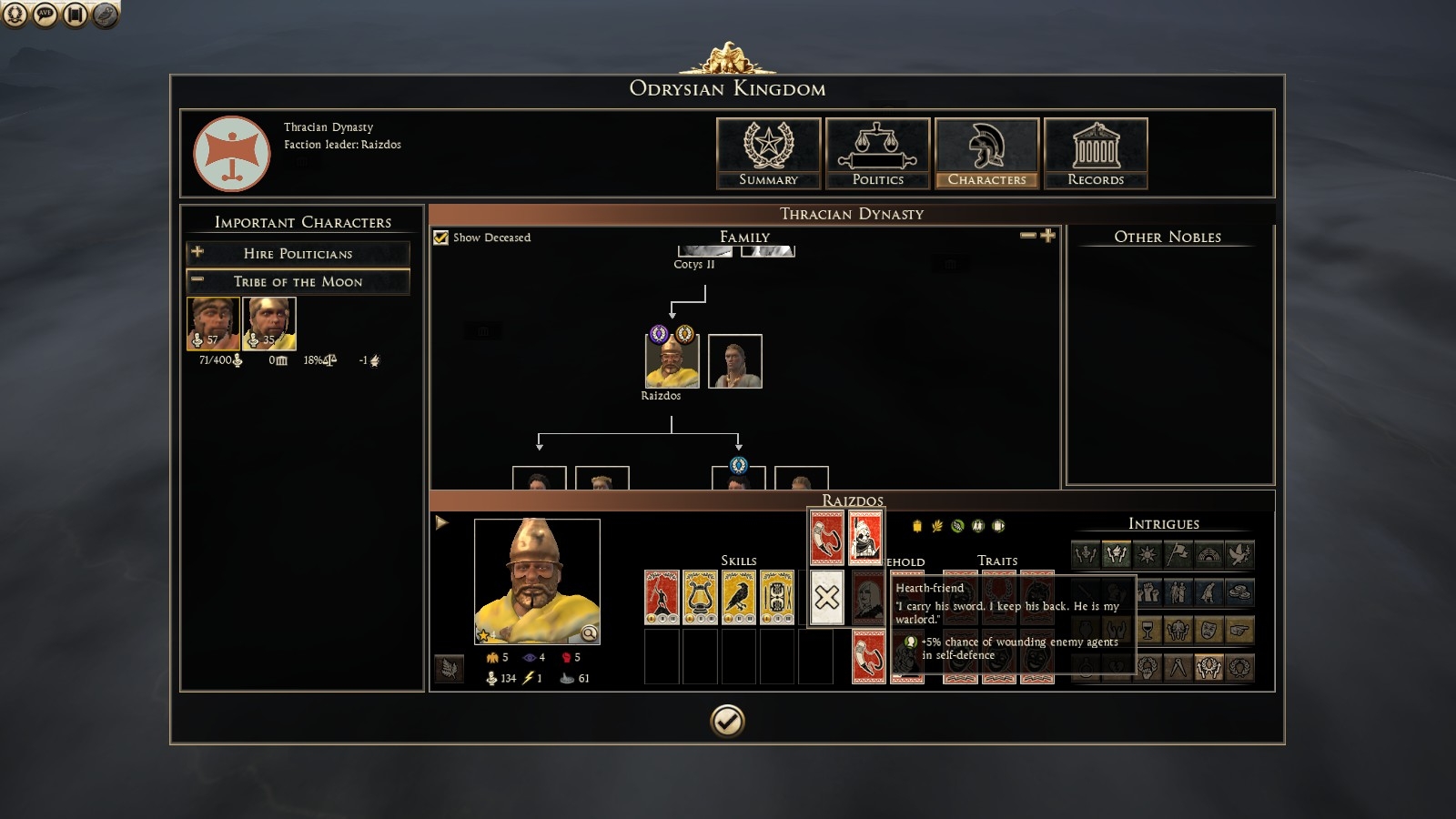 - When my faction leader died, his wife was knocked out of the Family Tree and appeared among "Other Nobles" with all her Household slots emptied out.

- Using Sabotage Supplies with Spies doesn't prevent an army from reinforcing, despite what the army's status suggests. 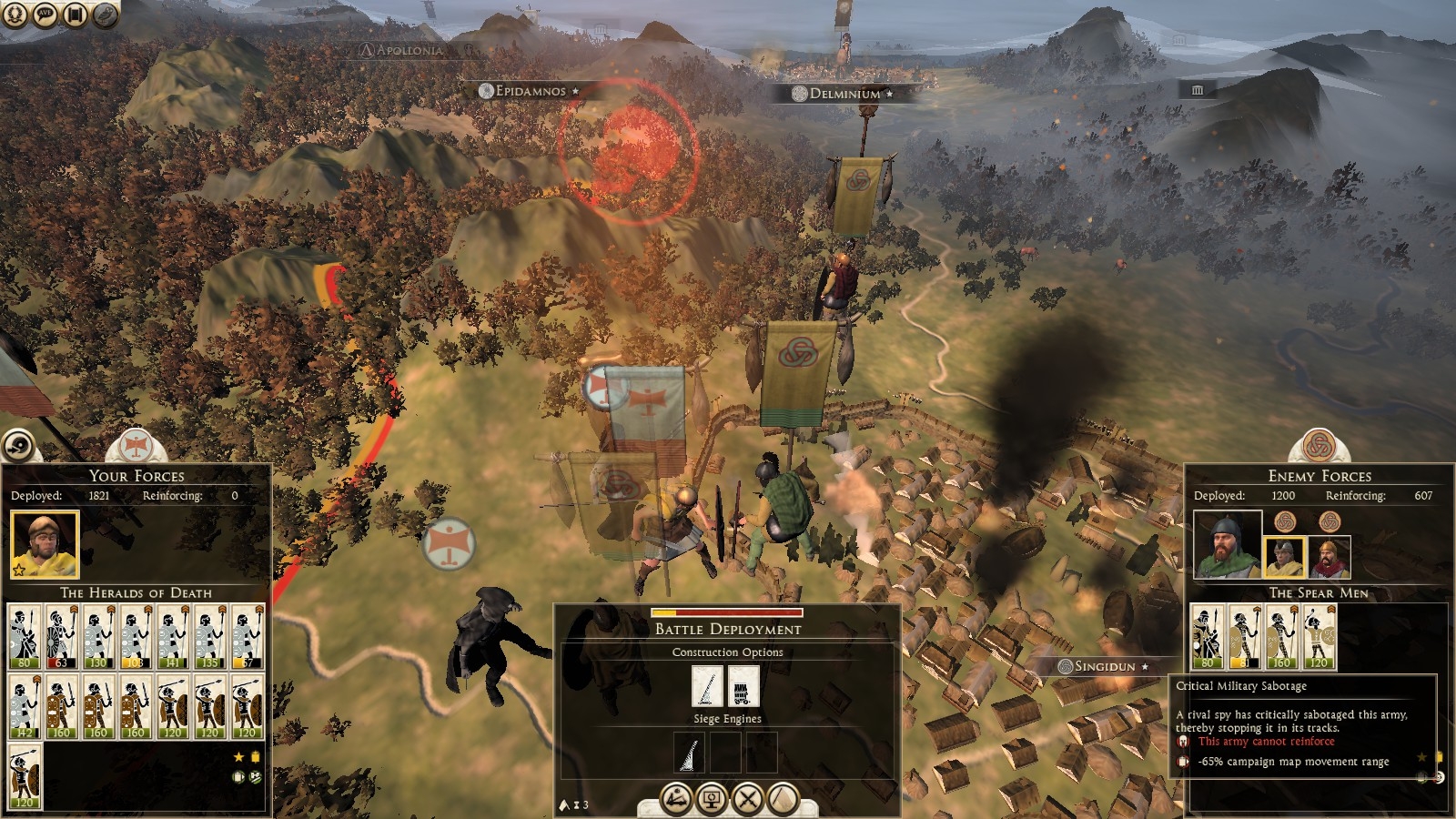 - There is still a trait that refers to Poison Provisions, despite this action not existing anymore 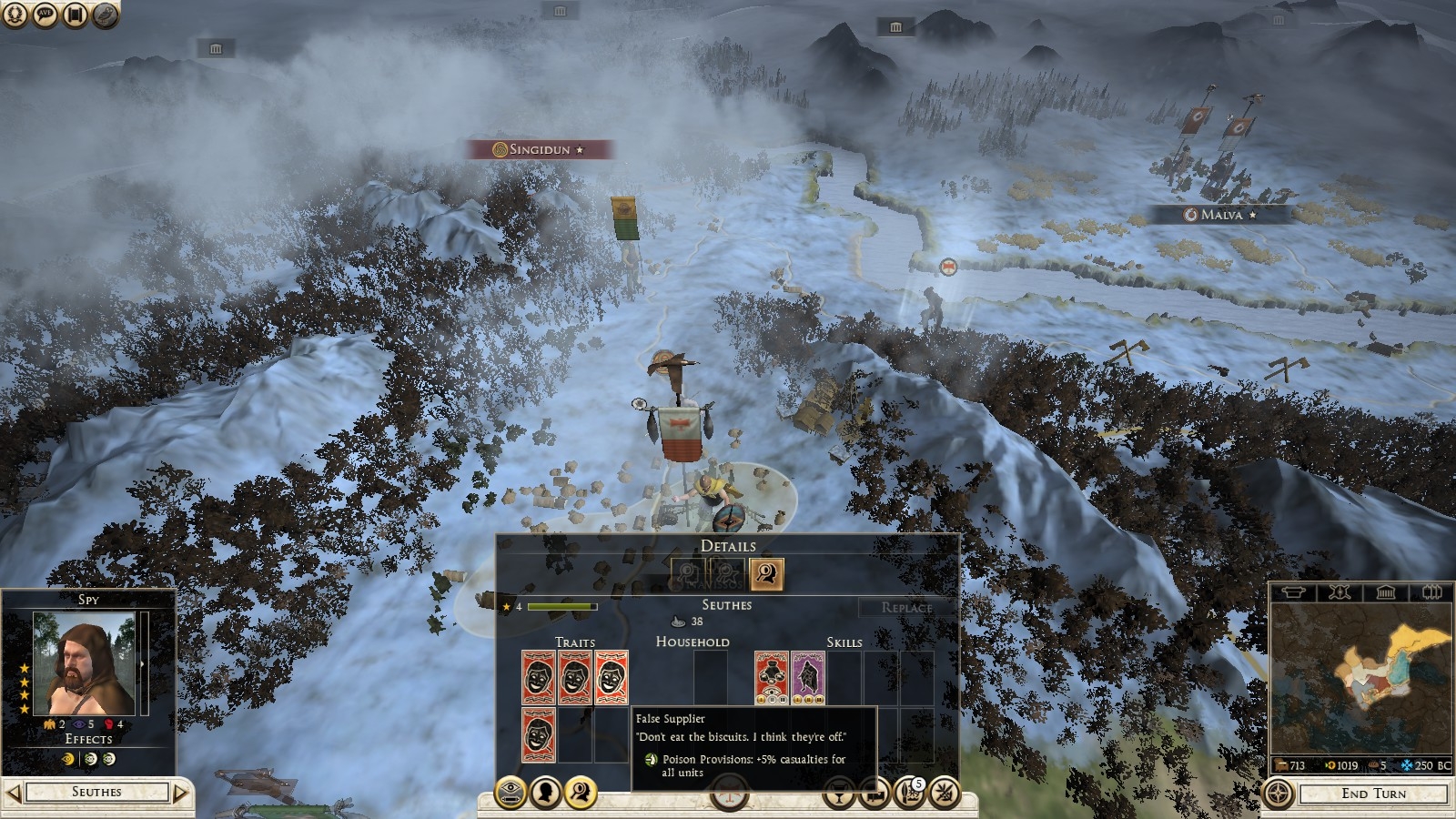 - Missile units start with Skirmish Mode off
- The Empire Divided background for the main menu doesn't appear when you cycle using the right arrow button.
- The white Vanguard Deployment line appears in battle maps even when there are no units capable of vanguard.
- Ardiaei starts with Teuta, 40 years before her actual reign.
- Spy doesn't get the button to add to its household, despite getting notifications of new available followers/items


Here are some old issues that I'm curious if they could get a fix:

- Artillery ships left on fire at will shoot point-blank into the water indefinitely after sinking its first ship unless ordered.
- Can't trade over land bridges (such as the one crossing the Danube), despite being connected by roads.
- AI factions with Imperium Level I can have more than 2 armies. 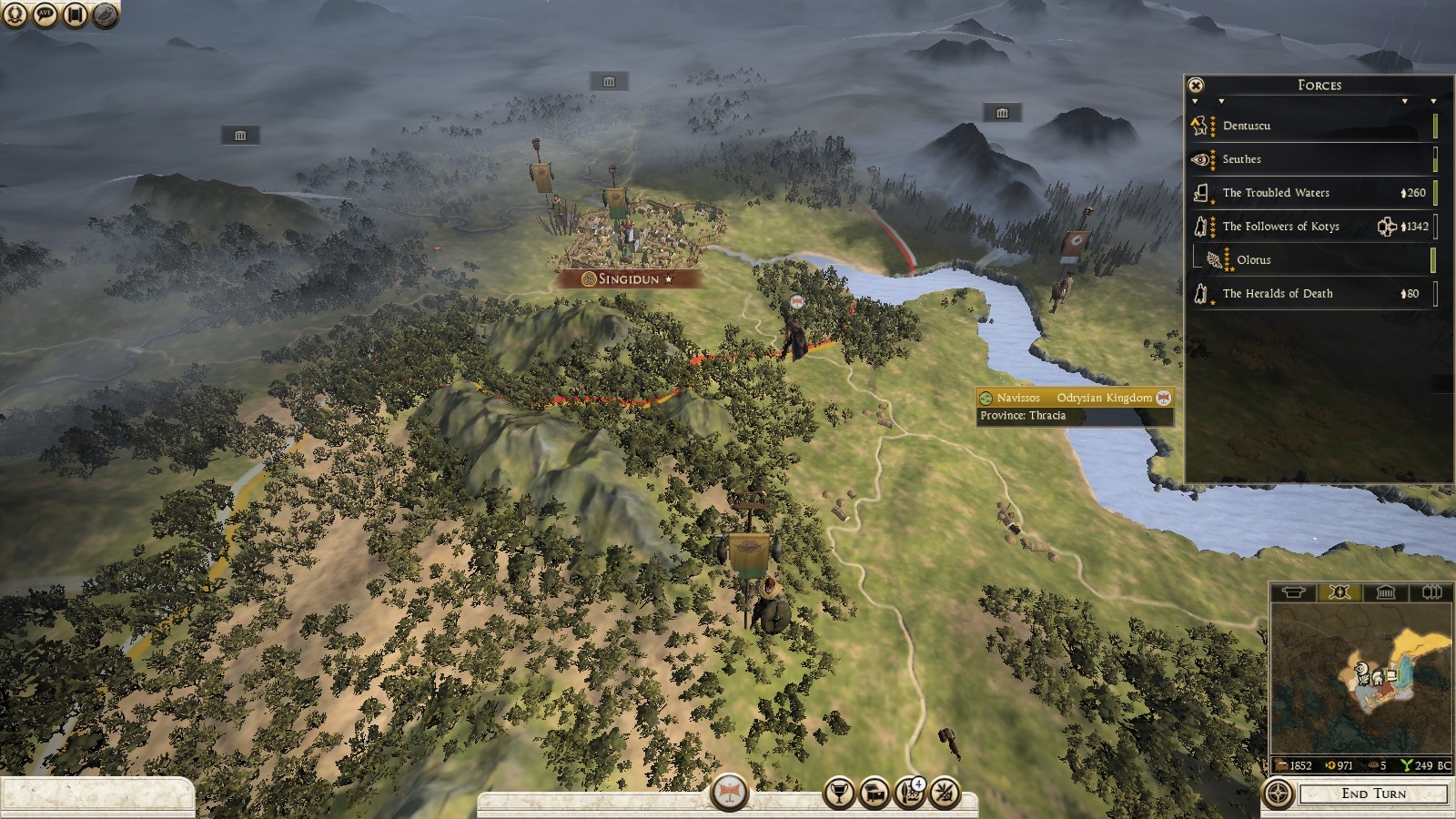 - City maps have damaged buildings, regardless of how long they've been under siege. In some cases, you can even hear them collapse and raise a cloud of dust as soon as the battle finishes loading.

- in the Caracter Overview panel in the Family Tree, add an optional view for traits that lists them all in small text instead of icons. This way you can see all the caracter's traits at a glance without scrollbars or mouseovers, which will improve immersion. The flavor text and effects can be displayed with tooltips.
- increase the area in which you can read an Army's History.
- Add the unique models some Historical Characters have for when they appear in the Grand Campaign and have them appear in their repsective families, if they exist.
- Give Capture Points in cities battlefield-wide morale effects.
- implement seasickness for transport fleets. In the current state, barbarian fleets are almost useless and fall easily to transports with slingers.
- Make armies in forced march start permanently exhausted or with more serious debuffs instead of being ambushed when attacked.
- Make explosive shot more effective.
- Make fleets able to block land bridges within their zone of control, maybe using the Patrol stance.

That's all for now, I'll see if I can test some more before release.
Post edited by Dagget on July 2018
Tagged:
Flag 2 · 2Like