Crystal77 Registered Users Posts: 1
July 2018 in Ancestral Update Support
Hello
Finally found time to run some test battles (over 20 with same setup, just switching sides and tactics) and this is what I found:
1. Overall incease in difficulty which is obviously good
2. Overall increase in length of battles - units need more time to kill each other (even cav vs spears), I haven't noticed any big morale hits or drops, elite units are able to hold for some (long I would say) time when they're surrounded. I like that
3. AI is very good with managing cavalry after initial clash with my cav. Going after skirmishers and rear and flanks of engaged infantry, stopping flanking manoeuvers - I was really suprised with that. Unfortunately it decision making in the beginning could be better. They almost always went after my cav ingnoring my spearman protecting my cav. Enemy horses never settled back and wait for my move on flanks.
4. AI don't care about keeping reserves 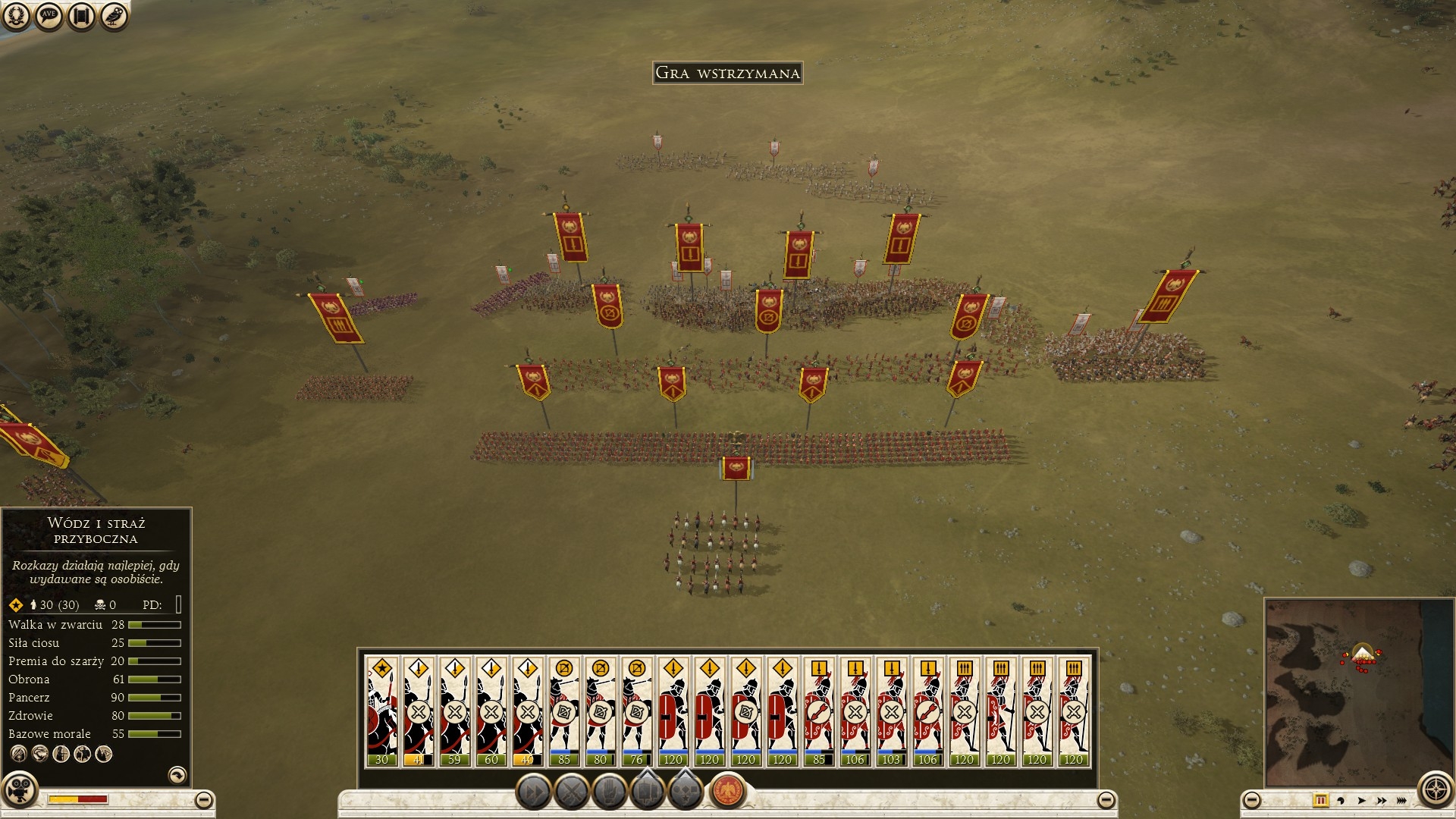 All their units are focused on my slim line of principes and ingoring hastati in reserves. They flanked a little bit on both sides but it's most likely because of mine shorter front line
5. 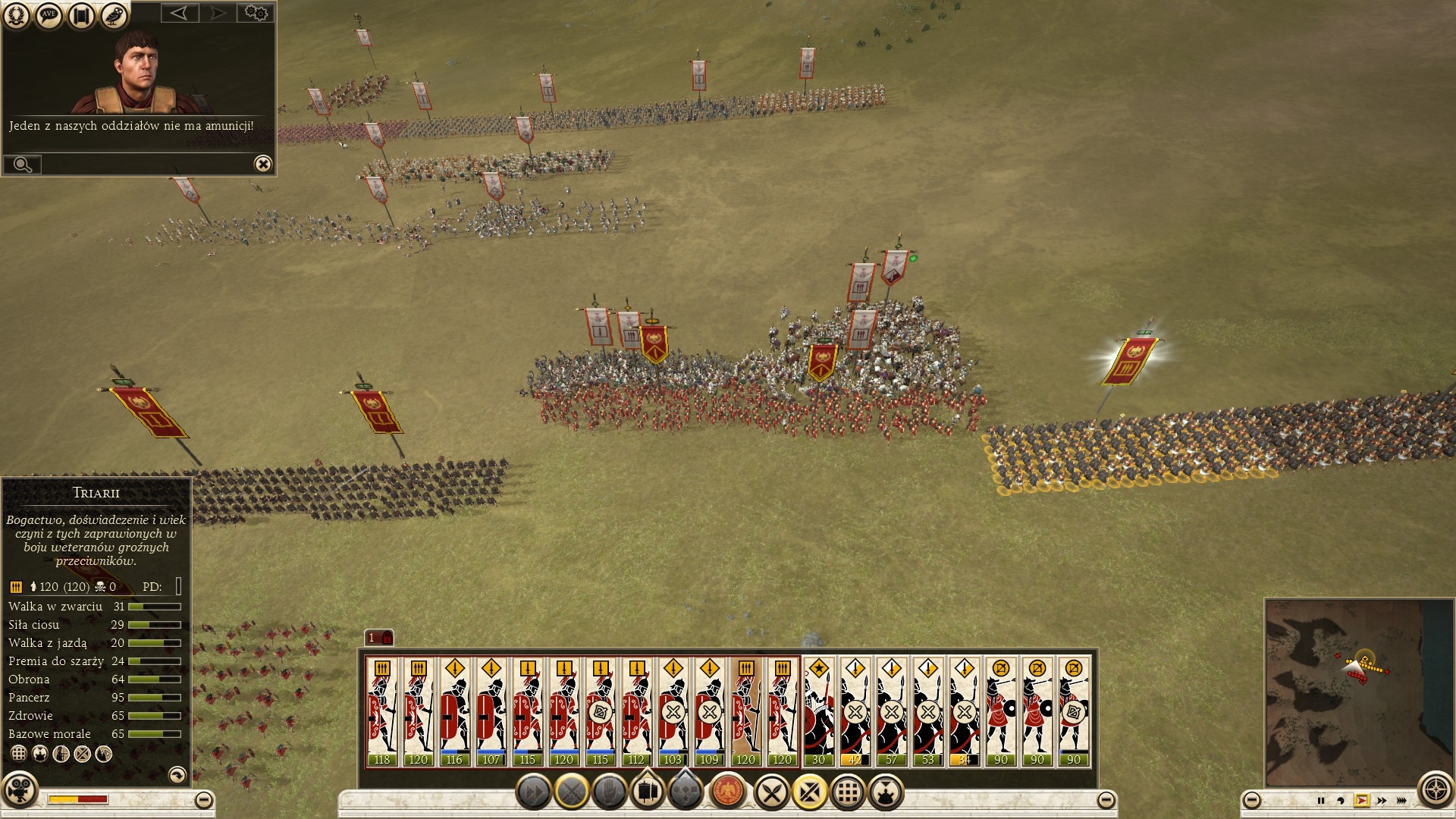 AI double and triple teaming on my single unit with more enemies nearby - easy flank for me
6. Disnengaging from fight is much easier and causes little or none damage. I like that change, it allows to shuffle units and modify line. AI is heavy on using it, they seem to react to flanking by pulling back one of many units fighting with one enemy and sending it to new threat. Generally works fine but sometimes it's riddiculus 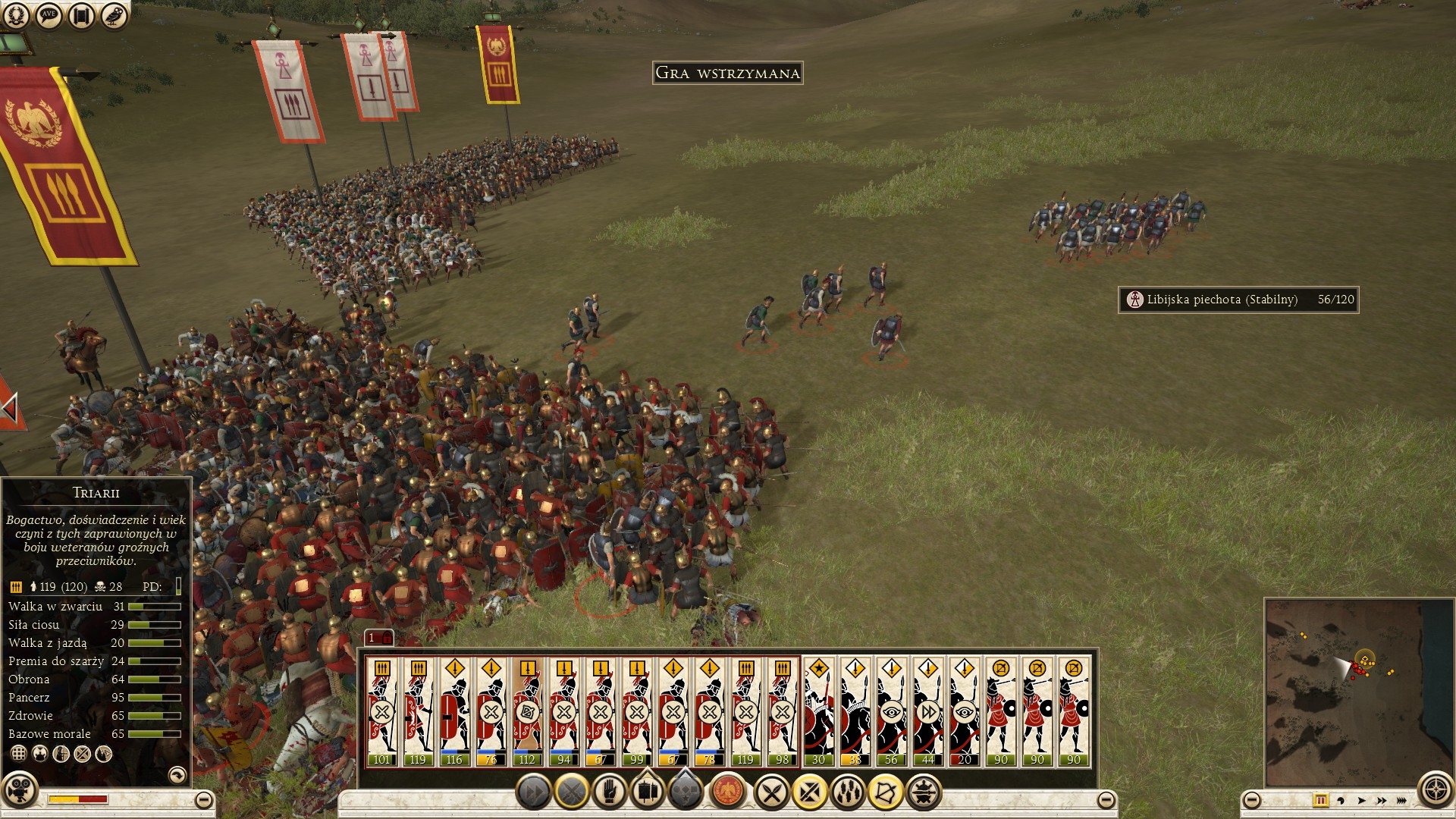 60 men squad of libian infantry (they're not broken or anything) is running through my line without any penalty - no big losses or morale hit. Later they went after skirmishers.
I'd love to see that over commiting to one enemy toned down. It's really mind boggling especially with pulling out one unit few moments later. Moreover, going through foe should be eliminated, it most likely will be game breaking if abused. Lastly, teach AI to keep reserves

Thank you for overall great update and keep up good work!