During my gameplay with Rome in grand campaign I found out (after circa 100 turns) that there is impossible to increase political influence for me and houses of Cornelia and Junia. All performed promotions resulting in increasing political influence house of papiria. I almost sure that this problem didn't occure at the begining of the campaign so it had to change somehow during the game. What is important I am not only player who has encountered this bug - https://forums.totalwar.com/discussion/224314/influence-and-senators - in this thread you can find screenshots taken by another player (attached to this post) which are really good ilustration for bug which I described. Eliminating house of papiria doesn't seem to solve the problem because its role of "almighty house" is taken by one of existing houses.

I didn't play the game after power and politics patch and before ancestral patch so I don't know which of them caused that problem.

It would be really great if you could fix this in the next update because its really ruins mid and late game. 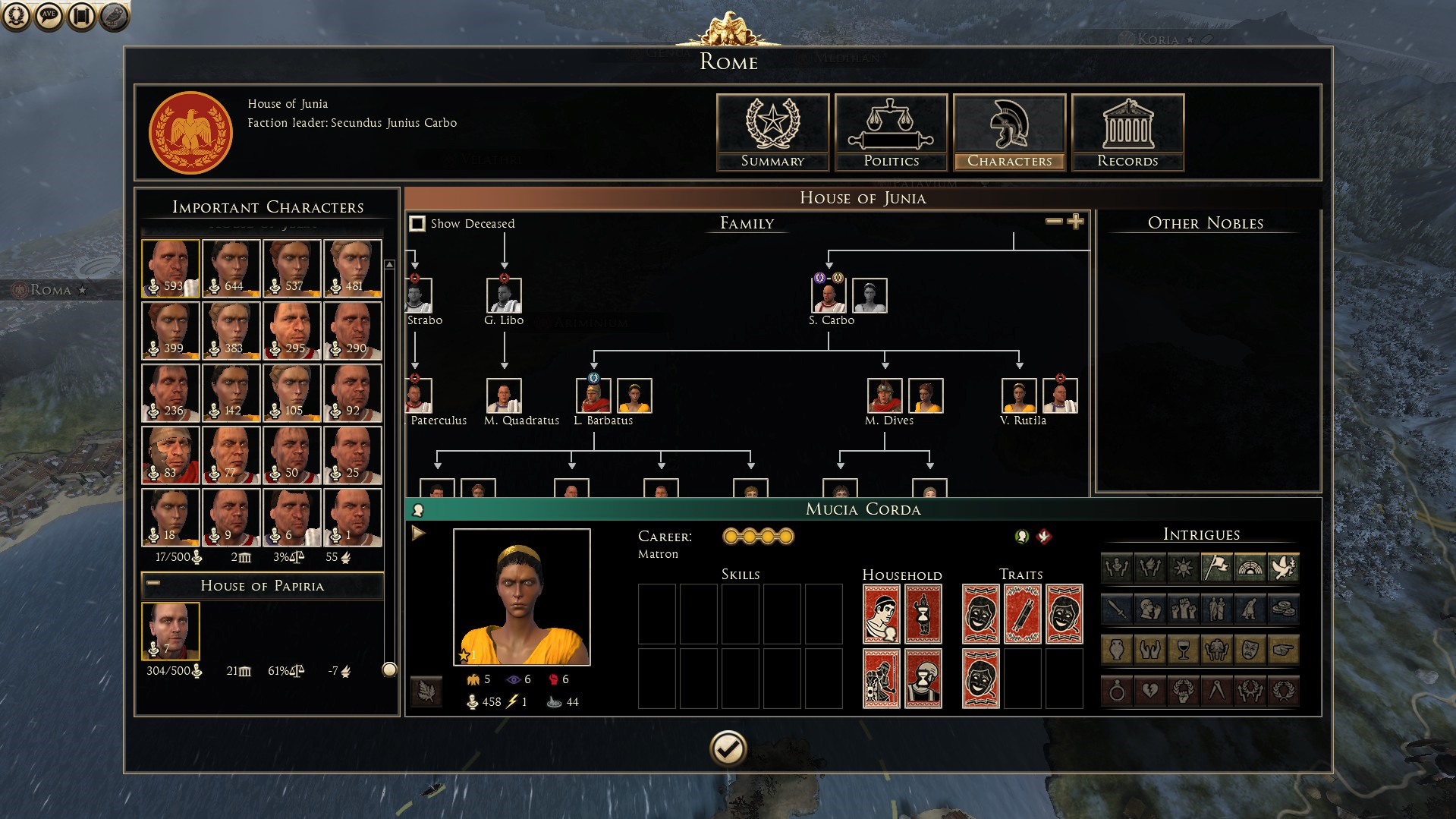 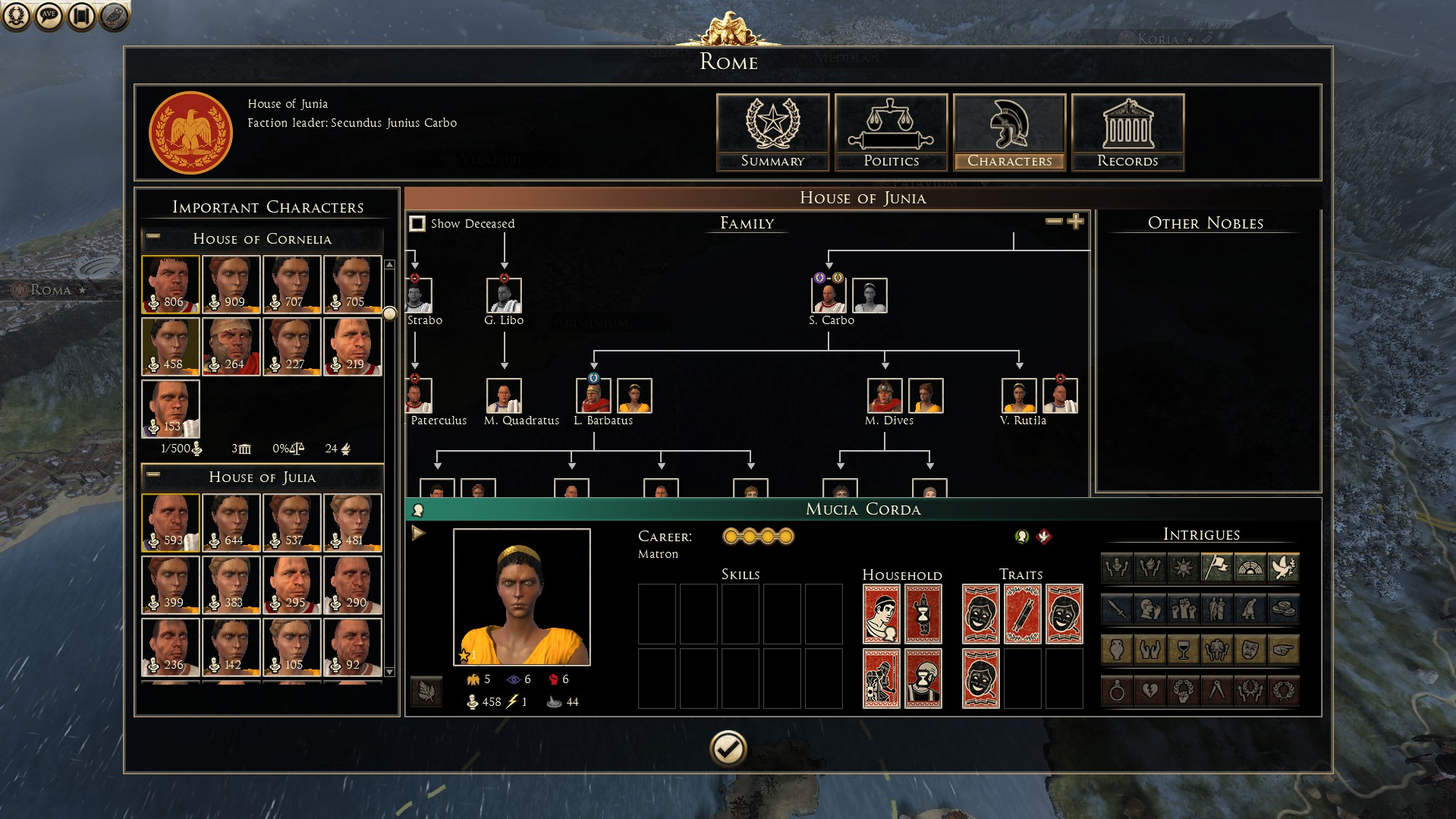