Selakah Posts: 366Registered Users
November 2018 in General Discussion
I've been watching this streamer play Early Access Curse of the Vampire Coast for the past two days. Twice now he has moused over the Albion island in ME, and revealed that the island no longer says "Unknown Territory" as it currently does on live; instead, it now says "Albion" and has a Corruption counter as well as a Winds of Magic counter. The streamer has not actually revealed the plot of land, however. 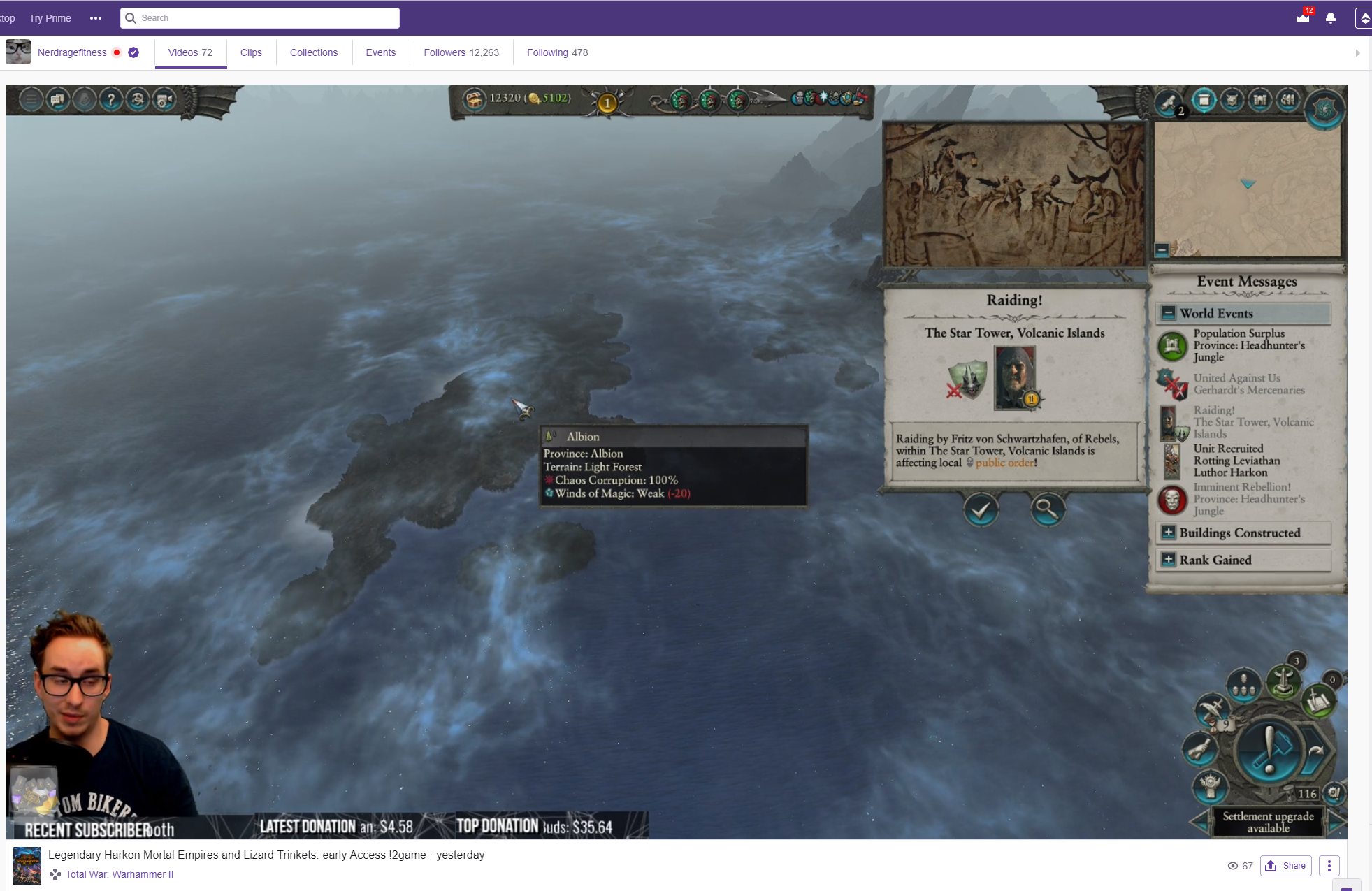