SaracenSnake Registered Users Posts: 2
November 2018 edited December 2018 in Performance & Graphics
Ever since I downloaded the Vampire Cost DLC I have been encountering a visual bug that displays weird textures (all the text boxes turn white, as shown in the photo attached) and causing dropped frames, freezes, and crashes.

Whenever the game crashes I get a windows notification saying "Application has been blocked from accessing graphics hardware."

The frame lags often happen whenever I click on a city or an army. Random fps drops also occur on battles and campaigns on both ME and Vortex.

I had no issues whatsoever regarding bugs,fps drops or crashes prior to downloading the DLC. (Even with multiple mods)

What I attempted so far to fix the issue:
Verified Integrity of the game files.
Reinstalled the game.
Moves the game to another drive.
Checked the temperature of CPU & Graphic card.
RAM seems fine & no memory leaks
Lowered refresh rate to 60Hz instead of 144Hz.
Reinstalled, updated, and roll-backed graphic card's driver. 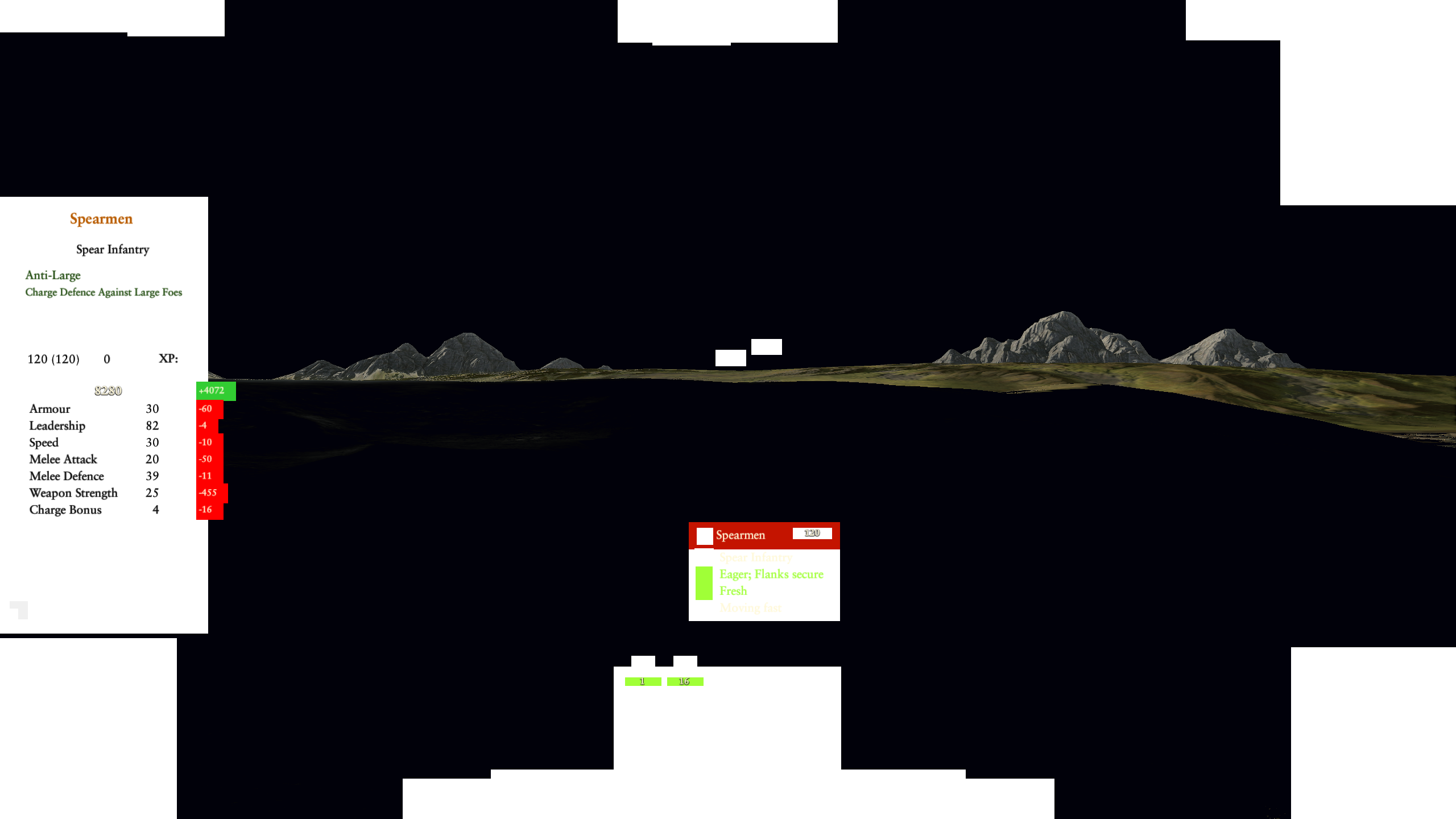