Achievements between WHI and WHII and Knights of Origo

Minotaurone Senior MemberRegistered Users Posts: 142
April 2019 edited April 2019 in General Discussion
Hi, would be nice if i play (the master race) Beastmen in Mortal Empires in Warhammer II i got the achievements in Warhammer I since are the same campaign (just a different few mechanics). Is a bad idea ?

Another thing please, Knights of Origo in a land of Tombs Kings reminds me the Templars and crusaders in real life.

In the details reminds me the Fall of Acre.

"The Siege of Acre (also called the Fall of Acre) took place in 1291 and resulted in losing the Crusader-controlled city of Acre to the Mamluks. It is considered one of the most important battles of the period. Although the crusading movement continued for several more centuries, the capture of the city marked the end of further crusades to the Levant. When Acre fell, the Crusaders lost their last major stronghold of the Crusader Kingdom of Jerusalem. They still maintained a fortress at the northern city of Tartus (today in north-western Syria), engaged in some coastal raids, and attempted an incursion from the tiny island of Ruad, but when they lost that as well in 1302–3 in the Siege of Ruad, the Crusaders no longer controlled any part of the Holy Land."

(You know i was there in Medieval II when Pope send me to.......oh nevermind)

Just my personal though 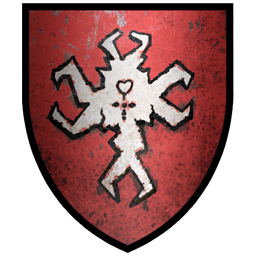