Michael4537 Registered Users Posts: 2,341
April 2019 edited April 2019 in Crashes
So yesterday out of the blue I went to launch Total War. The launcher loaded fine, but when I hit play the button greyed out and nothing happened. I waited about half-an-hour and still nothing. I unsubscribed and uninstalled all my mods. Nothing. I even deleted all the CA files (except for my campaign save which I moved to a different location) and uninstalled the game. After reinstalling, the issue is still there. This just happened out of nowhere. About an hour before I launched the game just fine with zero issues. There were no changes between when I launched it before and when it wouldn't work as far as I am aware.
Also, when I click on mod manager it just sits there are loads, even though there aren't any mods to load. 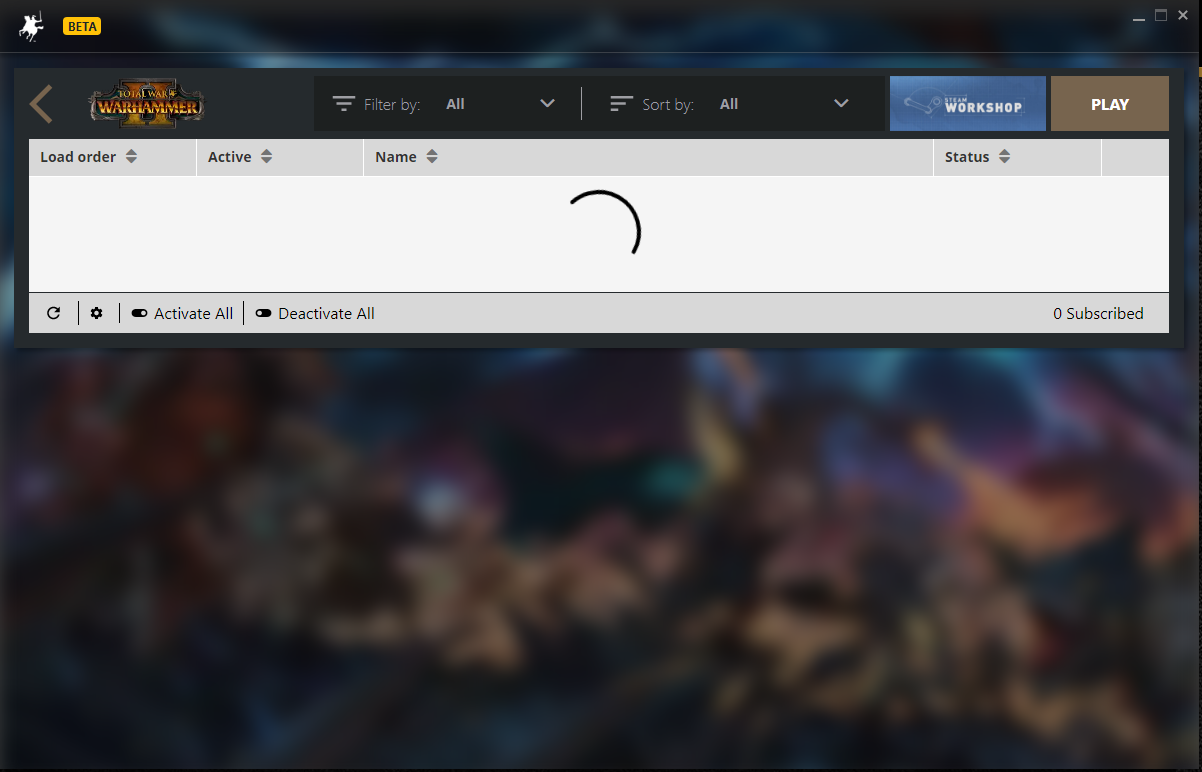 It also tells me that my drivers are out of date, and I specifically updated or at least check for updates and my audio and graphics drivers because of that message. Updated my graphics driver and that message is still displayed. 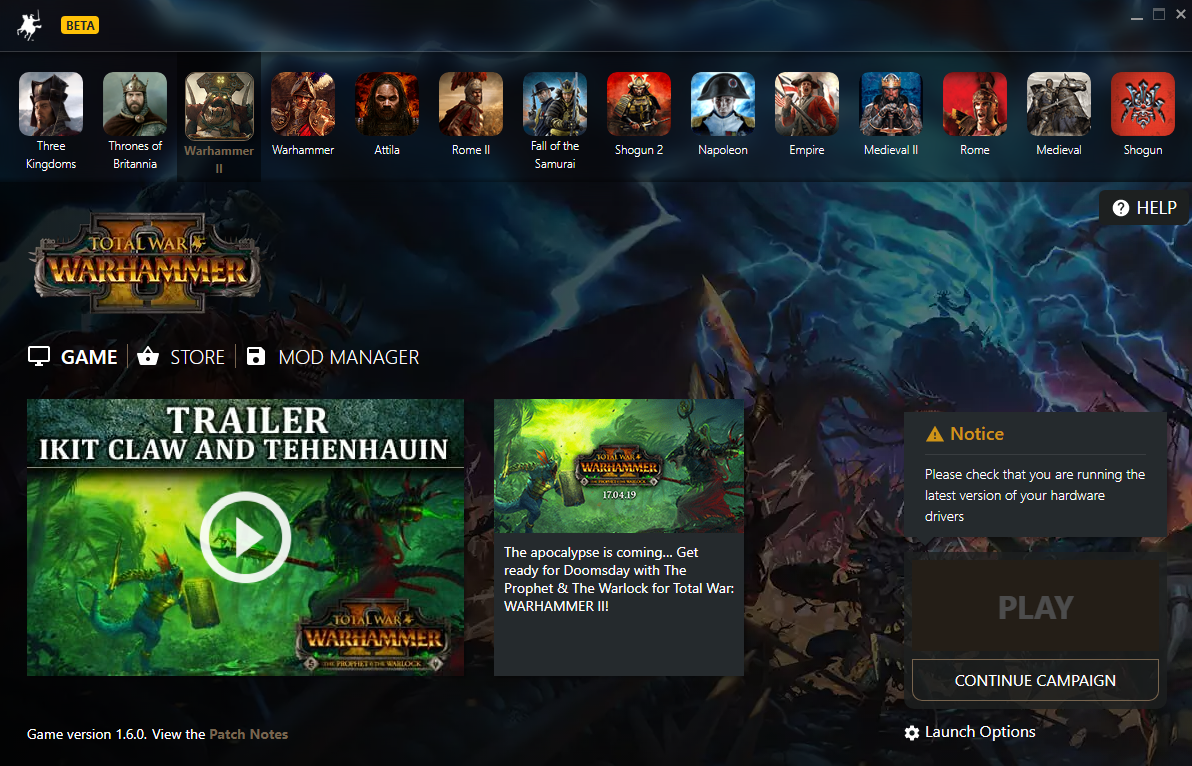 Any help would be appreciated. And I hope we get a fix soon.
Post edited by BillyRuffian on April 2019
Flag 0 · Like