I noticed that there is a graphical error with Dwarf warriors/Quarrelers/Thunderers, this error is that if you look real close at them, around their necks and beards, you will see that there is a hole that goes all the way through, to the point that you can see whats on the otherwise. also the flesh under it is a different shade than the rest of the body and it doesn't look seamless.

Also when the Dwarf warriors jump while in combat, their beards clip through their torso which should not happen.

I have tested this on an un-modded battle but I still see the same issue so its not due to any mods. and I don't recall seeing this issue before the Skaven/Lizardmen patch.

Best way to test is to have a simple battle that has a unit of Dwarf warriors in it and then look where I said the issue is.

I circled the affected areas in the screenshot with Red through MS paint, so it will be easier to spot. 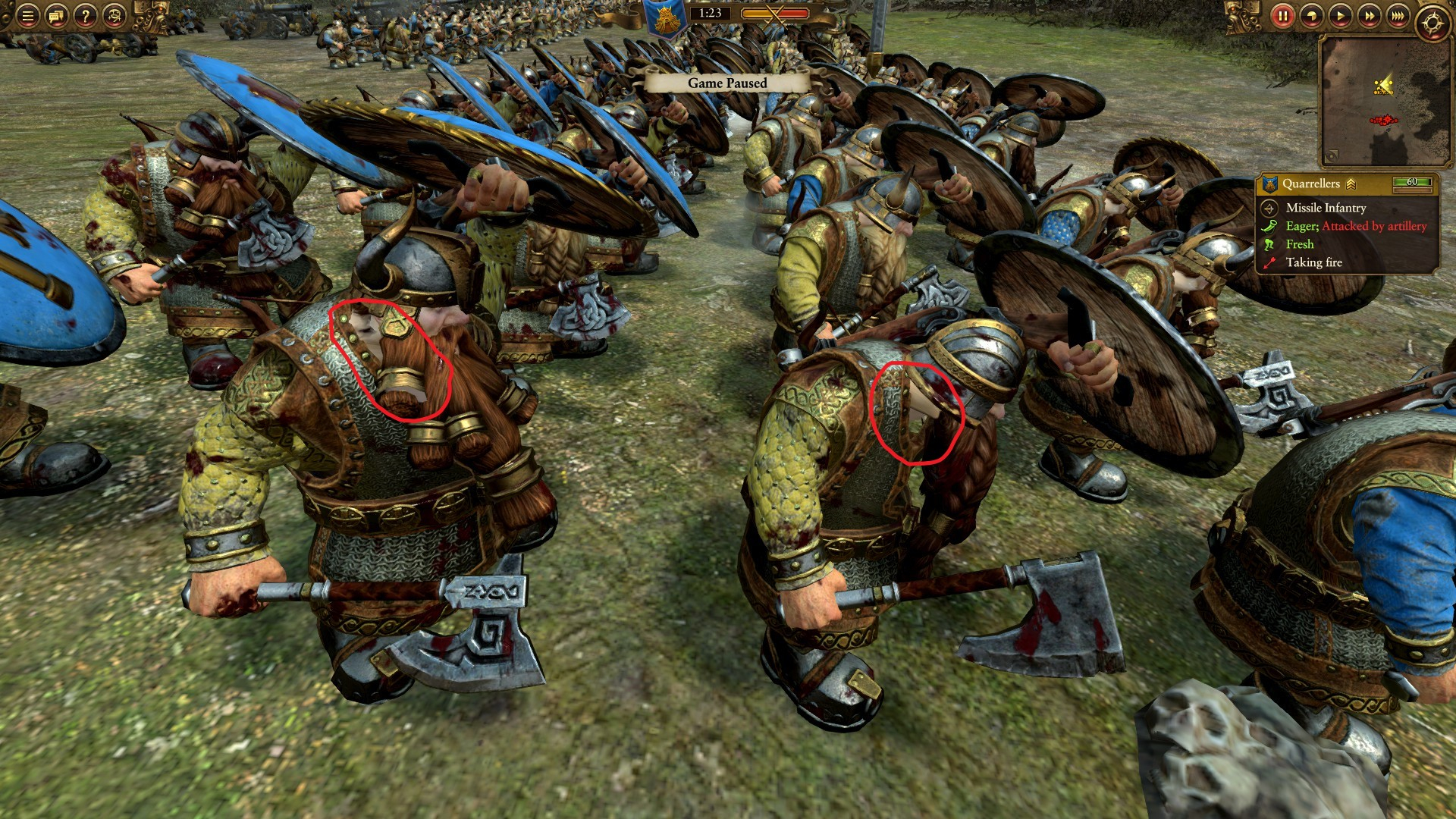