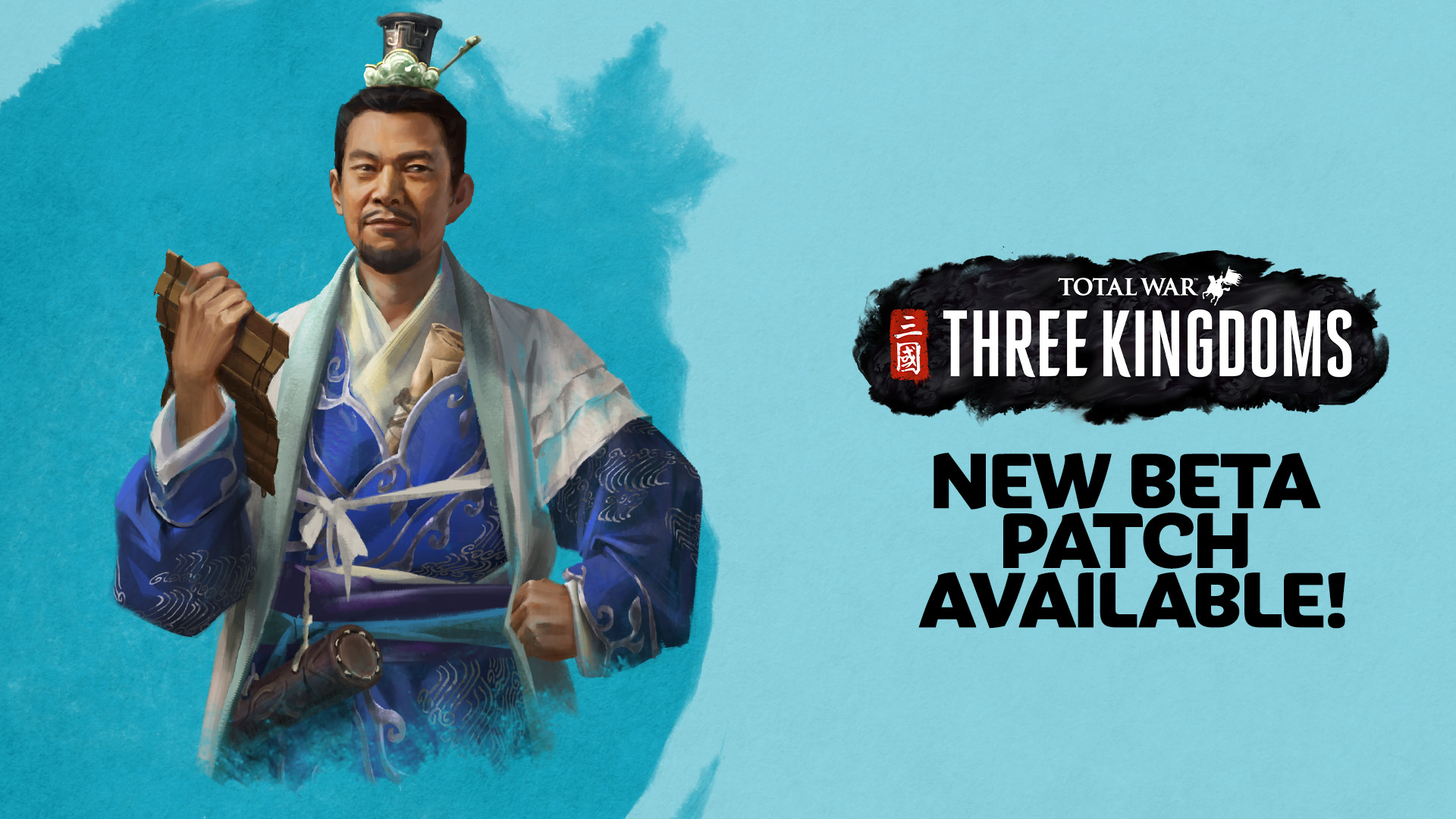 The second update for Total War: THREE KINGDOMS is now in beta!

This patch chiefly addresses stability issues, along with some high-priority changes in response to player feedback.

To read the full patch notes, including instructions on how to opt in to the beta, click here: https://www.totalwar.com/blog/total-war-three-kingdoms-update-2-beta

EDIT: For those of you having issues accessing the blog post, here are the patch notes in plain text:

TOTAL WAR: THREE KINGDOMS – UPDATE 2 BETA
This is the second post-launch update for Total War: THREE KINGDOMS and chiefly addresses stability issues along with some high-priority changes in response to player feedback.

Our patching focus in the short term is very much on addressing stability concerns, though we will add extra items where they do not further risk stability.

Over time, we will move from immediate stability fixes to more widely spaced updates addressing balance and other changes.

There will be plenty more updates to come, so if you’re experiencing an issue please head to our support forums and report it.

HOW TO GET THE UPDATE
This update is offered as an opt-in beta as we continue to work on further fixes and improvements. To get the update, please follow these instructions: If you experience any unexpected issues with this beta update, you can roll back to the previous version by repeating the instructions above and, in the betas dropdown menu, selecting None. If you do experience any issues, again please head to our support forums and report them.