Spector Senior MemberRegistered Users Posts: 777
June 2019 edited June 2019 in General Discussion
Currently there are no objectives in the Ranked multiplayer battles other then to rout the enemy army and generals. This requires both players in each battle to chose to attack, or just one player to attack and the other one defend. But what happens if both players chose to do nothing? 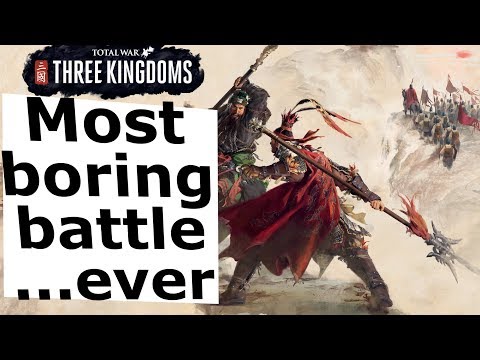 This also happened in Shogun 2 back in 2011. But back then after player feedback and improvements to the multiplayer, Creative Assembly added key buildings to each map. Capturing and holding a key building, having a unit inside of it's radius, gave the army that captured it different bonuses to melee attack, defence, morale, stamina, speed etc. On top of that, capturing two of the three buildings started a WIN clock for the player who had two key buildings under his control.

This effectively removed all problems with players who's tactics revolved about red corner camping, artillery camping in Land battles, or other tactics that led to the battles being bore fests of waiting for the battle clock to run out. Many players even simply ignored the key buildings and just fought out battles, as they simply knew that they had to fight or they would lose the battle do to inactivity and letting the other player capture the buildings starting the WIN timer.

I understand that Shogun 2 had a limited pool of maps for multiplayers, making key buildings placement easier then with the system of choosing any place on the map to fight out a battle. But this is something that the developers at CA have to find a way how to solve.

Also, the bonuses of key buildings could be removed this time around, but leaving the WIN timer on once a players has control over two of the buildings.

I hope that there are other players who see this problem and would support this request.
Playing Total War since the original Shogun
Tagged:
Flag 0 · Like