In the first age, in the first battle...when the Three Kingdoms lengthened first, one stood...

Gotrek_Beastslayer Registered Users Posts: 1,397
June 2019 in Off Topic General
"In the first age, in the first battle...when the Three Kingdoms lengthened first, one stood.

...He chose the path of perpetual torment against NSFW stuff.

In his honorable hatred he found no peace and with boiling cold-blood he scoured the Lustria plains, seeking vengeance against China who had wronged Grace.

...And those that tasted the bite of his Stegadon named him... 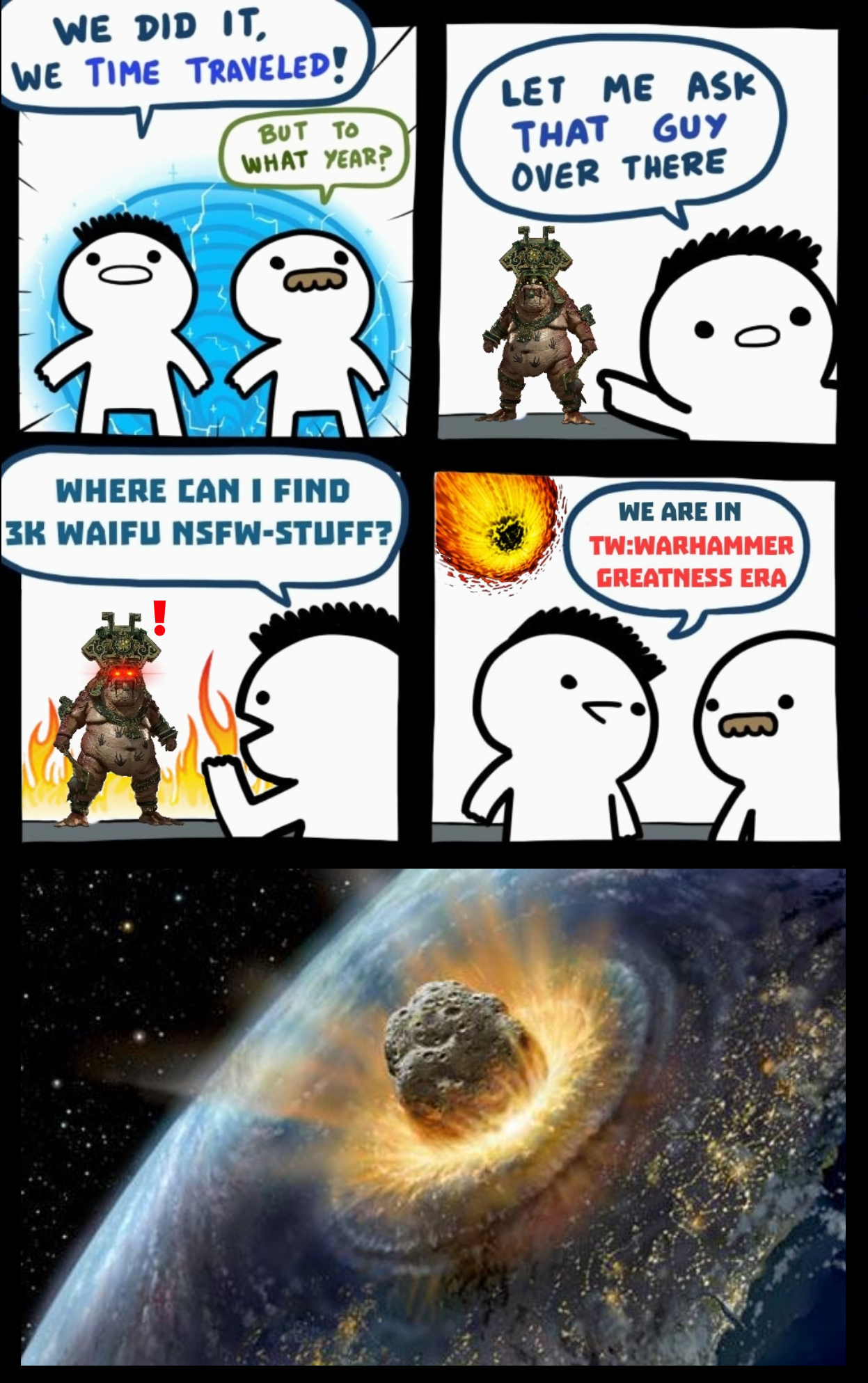 ---> kay' this is both a humor thread and a thread "against" those Reddit users who had harrased Grace with asinine 3K-NSFW pics. Something like that...something so stupid...never happened before. Not that i remember.