2ndmap Registered Users Posts: 104
June 2019 in General Discussion
I don't really post here but I wanted more eyes on this thing, its as lore-accurate of a map of the region TWWH3 is likely to take place in that I could manage.

There's a couple gameplay concessions, most notably the WE and Bretonnians. But as much as possible of the map and its factions are taken straight from the lore. Regions that had no specific name have been given generic ones based on things relating to around that area. 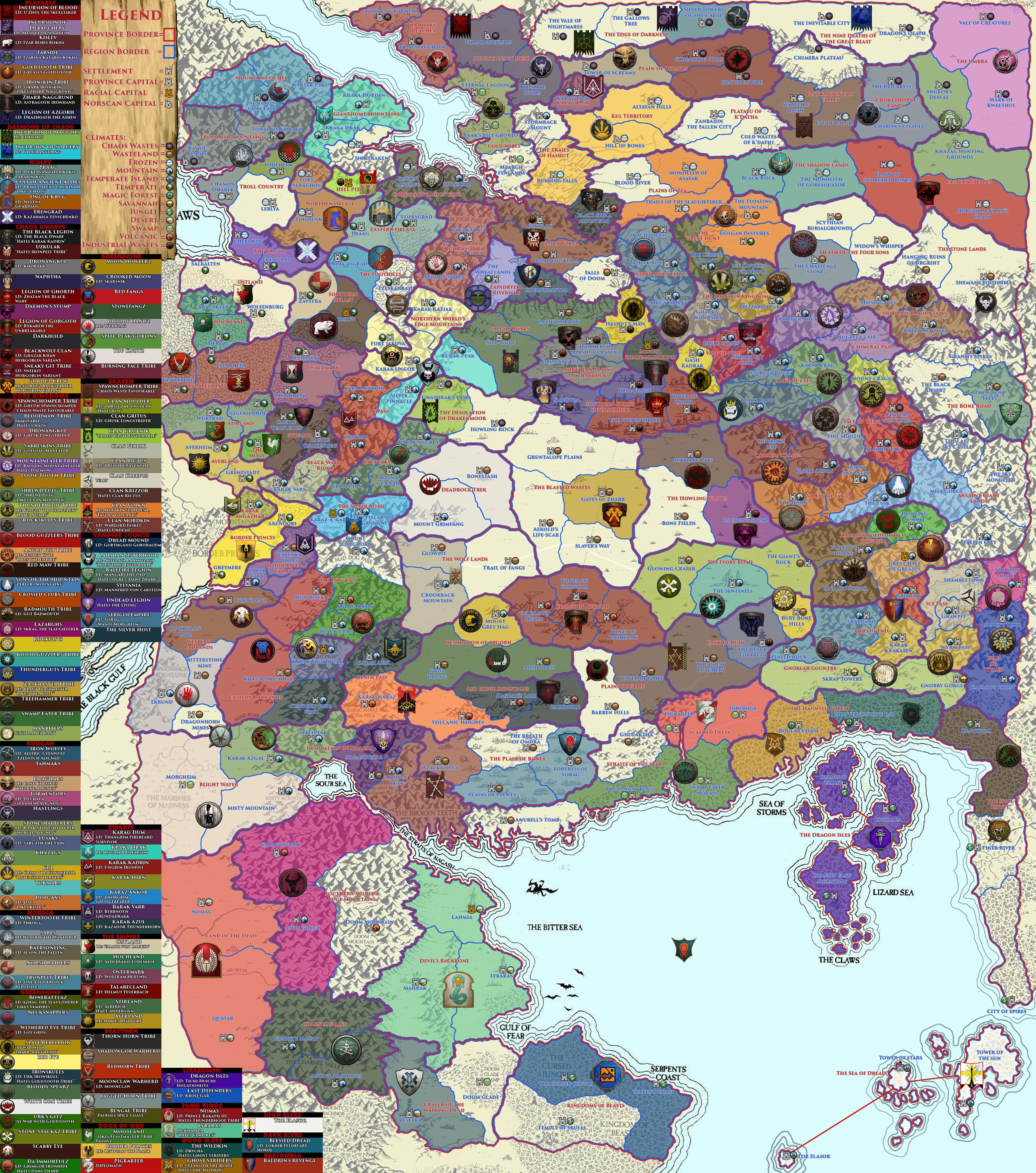