My income in Shogun 2 isn't adding up...

Snowzie Registered Users Posts: 1
July 2019 edited July 2019 in Total War: SHOGUN 2
So, I'm currently running what I deem to be an extremely successful Otomo campaign (VH/VH). I own the whole of Kyushu, all but one settlement on Shikoku (the small island one the Myoshi own) and I'm about to push on to the main island of Honshu. I, of course, have claimed all the trade nodes but the northernmost one and have the max amount of trade ships (10) on each node. Now, here's my issue. Each trade node says that it earns around 3,500-4,000 gold each, thus, considering I own all of them, should be earning me 12,000-15,000 gold per turn. This is also just from the nodes alone, not factoring in the thousands that I'm making from trade with other clans as well! But when I go to the finance screen, it says I'm only making 4100 gold per turn, nowhere near what I should be making. There should be a few screenshots showing what I've described.

Any help from some of you more experienced Total War players would be greatly appreciated.
Cheers, Snowzie

Edit: It keeps fluctuating as well, which is really frustrating. It'll be -3000 one turn then the next it will be +5000. 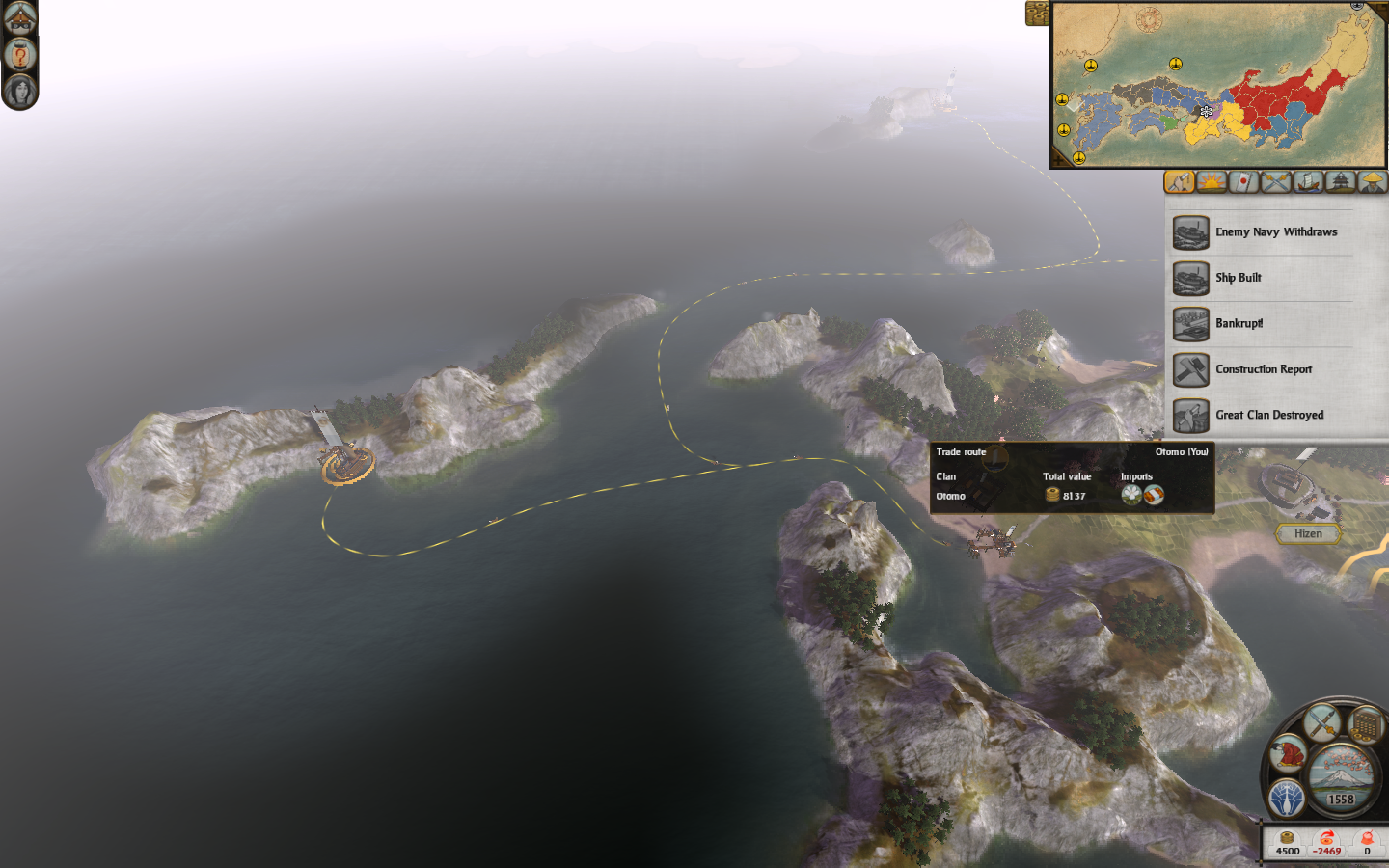 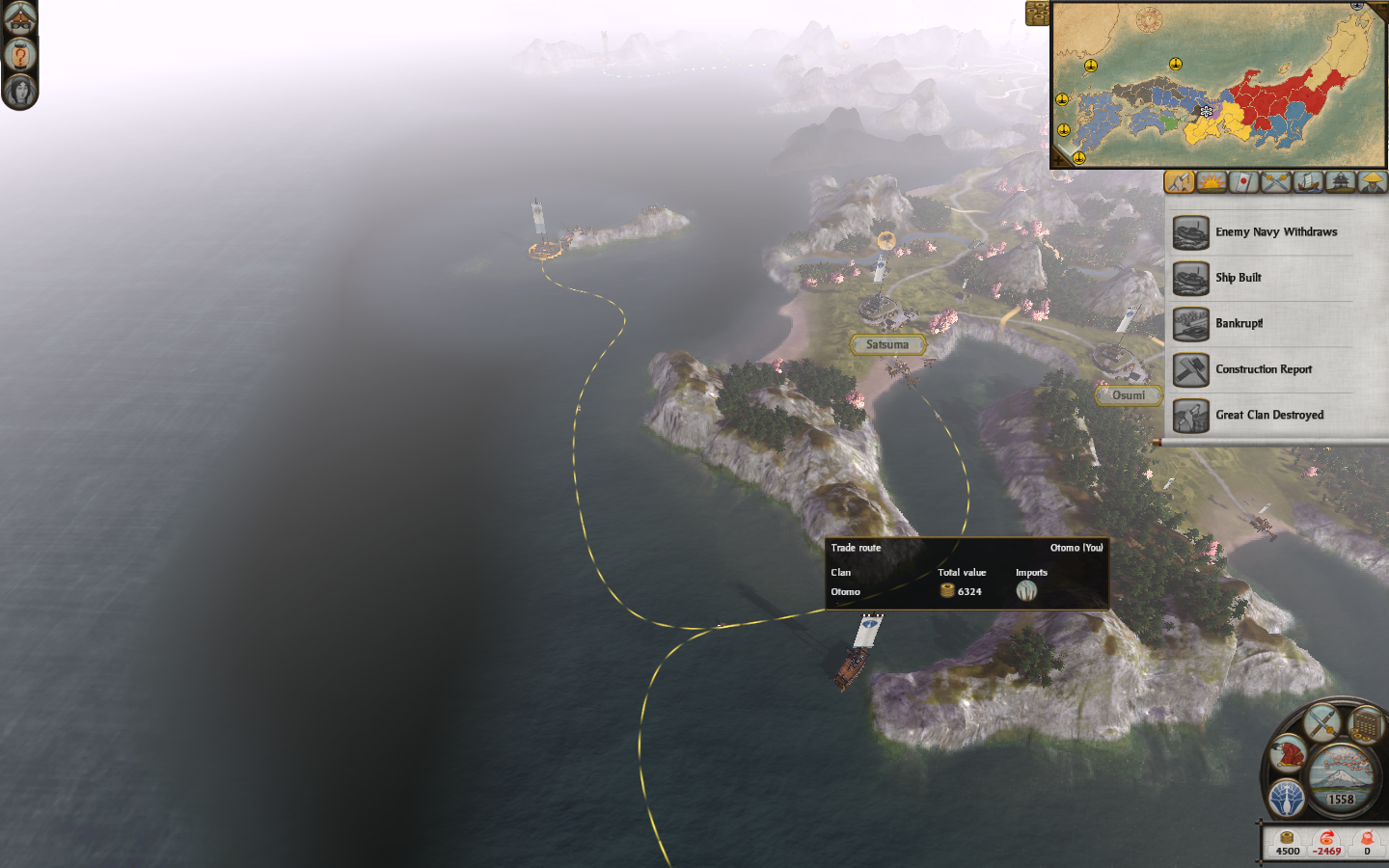 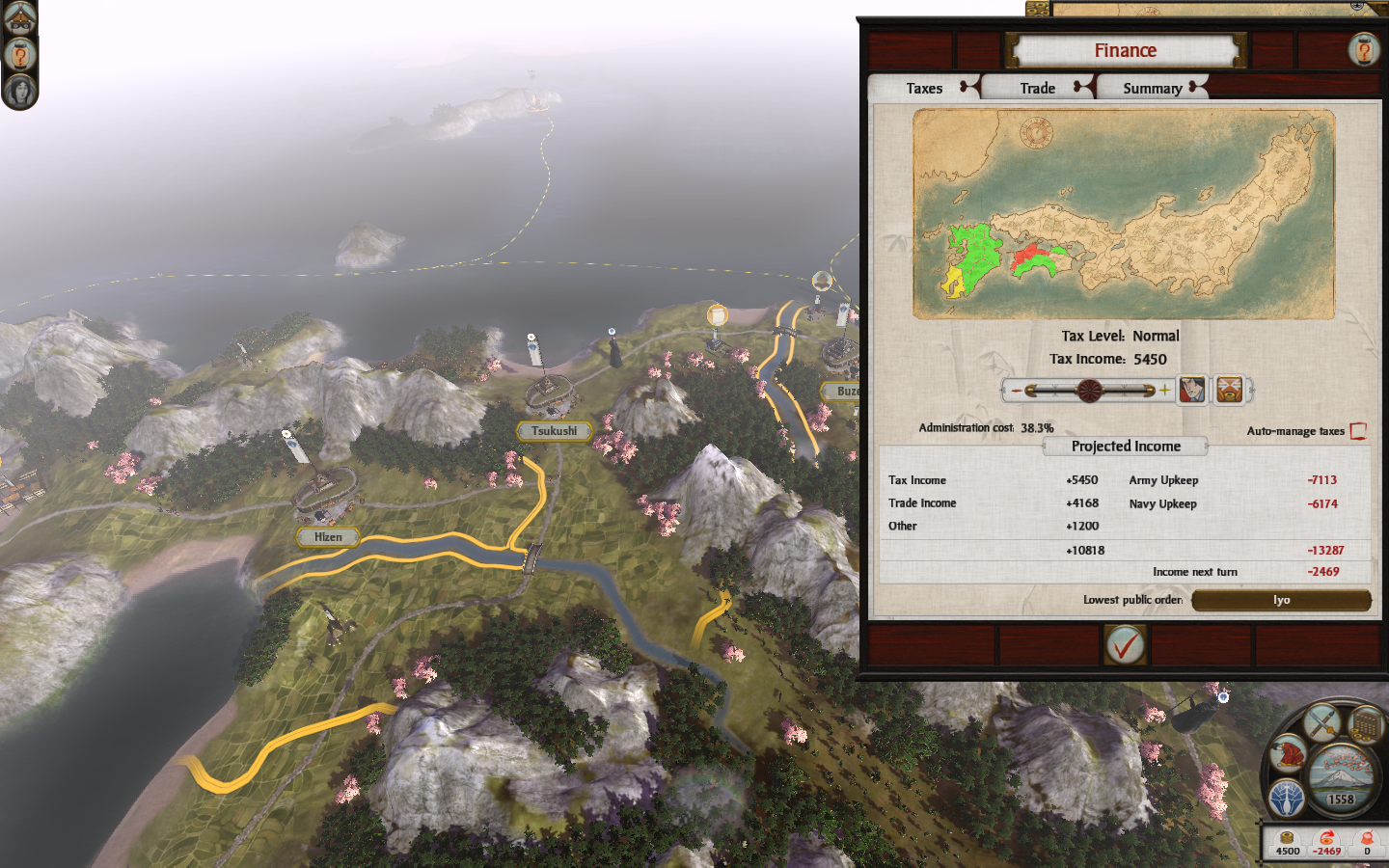