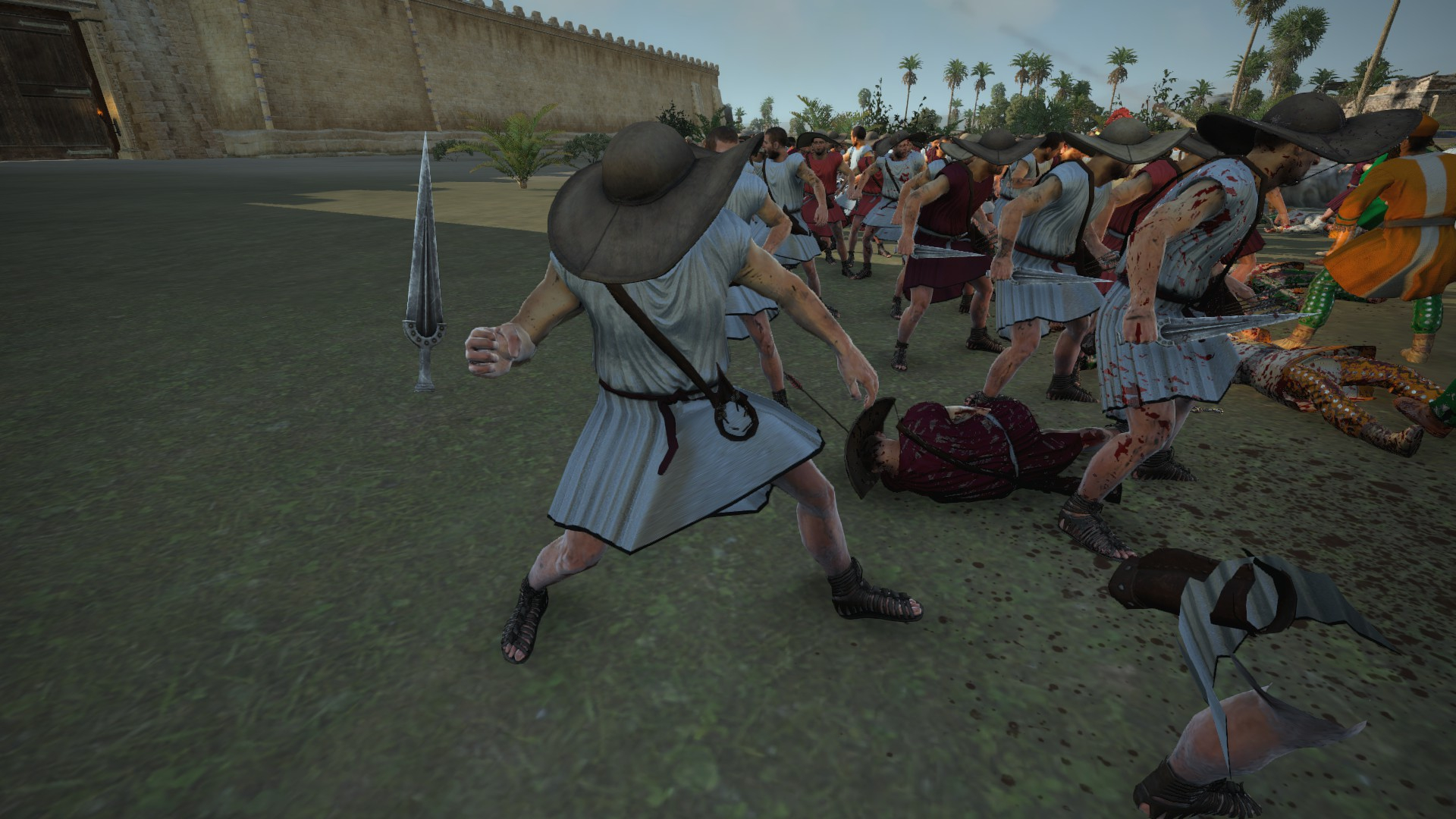 One handed sword units (without shields) suffer from the attached animation glitch. This affects archers, mob units, etc. Essentially anything that uses a one handed weapon and doesn't have some form of shield. Regardless of faction.

The weapon will "float" out of the units hands when the unit is engaged in combat. You'll see it most commonly on individual soldiers that are in the back-lines of an engaged unit and idling. Just focus on an individual soldier long enough and you're bound to see it eventually.

Pretty immersion breaking and a bit weird to see. Its a common glitch given how many units it affects though.
Tagged:
Flag 0 · Like
Sign In or Register to comment.