"The Master and The Moulder" Lord Pack

Grimm Burloksson is the son of "Burlok Damminson", the current leader of the Dwarven Engineers Guild and he clearly takes after his father in his genius and ingenuity, as Grimm was the Youngest Dwarf ever to reach the Rank of master in the Engineers Guild. Even as a Beardling, he had already constructed a self-lighting pipe, a steam powered Beard Braider and a double-barrelled shotgun which has the capacity to kill half a dozen Greenskins in a single shot.

Grimm is something of a rebel, like his father was in his youth, caring little for trying to make mundane improvements to inventions that have existed over a millennia and instead striking out in new and exciting directions and try to revitalise the industry and creativity of his people. He uses many of his inventions himself to aid him in battle: he wears a helmet with a lens attached that is able to magnify ones vision many times over; He fashioned a mechanical gauntlet for himself that increases his strength significantly; he always carries his shotgun and the cogs on his back are actually a weapon that he wields in melee.

To this day Grimm can often be found within the equally rebellious and inventive guild of Zhufbar where he continues to subvert his peoples traditions and ignore the warnings of his father and peers; striking out through trial and error in new and exciting directions.

Throt is one of the most Twisted, repulsive and yet ingenious Master Mutators of Clan Moulder and has exploited his success, to position himself as one of the nine Lords of Hell Pit. A life time of experimenting with Warpstone has certainly taken its toll on Throt: bones protrude from his spine like giant spikes, he has sprouted a third arm and his frame has bloated almost to the point of obesity. Over the course of several experiments on himself, he has rapidly sped up his metabolism such that he requires constant nourishment, equal to 4 times his body weight a day, and gluttonously crams tremendous amounts of food into his face whenever he has a free arm with which to do so.

Despite his insanity and deprived appearance: Throt is one of the most gifted creator’s clan Moulder has yet seen. Constantly finding new applications for Alchemical ingredients, capturing immense and exotic beasts and creating some of the largest and most powerful Rat Ogres that have ever been birthed from the tunnels of Hell Pit: the Stormfiend's.

The bulk of the Dwarfs remaining units are Slayer related and yet, we already have a Slayer Legendary Lord and are in desperate need of a Runelord and Master Engineer Lord.

Based on what we know of Grimm, his adventurous nature and disregard for his peoples traditions could lead him to seek out new places and reconnect with others of his race who have long since been cut off; in an attempt to learn from them and perhaps try to prove his peers that stagnation is not the way to advance the Dawi into the future.

However, a known rogue Engineer like Grimm, approaching a Dwarven throng with grand ideas of rediscovering the old holds while they still have Greenskins in their back garden would be laughed out of the throne rooms of every king in the Karaz Anchor.

So instead, Grimm travels a stones-throw away from his workshop in Zhufbar to the Slayer Keep of Karak Kadrin, where he finds recruits in abundance, whose feet itch and beards tingle at the prospect of this insane crusade.

Meanwhile the wretched Skaven of Hellpit plot the destruction of the Dwarfs and their Man thing allies. As Grimm sets out on his crusade he will eventually come face to face with the full terror of the Beasts of Hellpit.

and so we get our Line-up 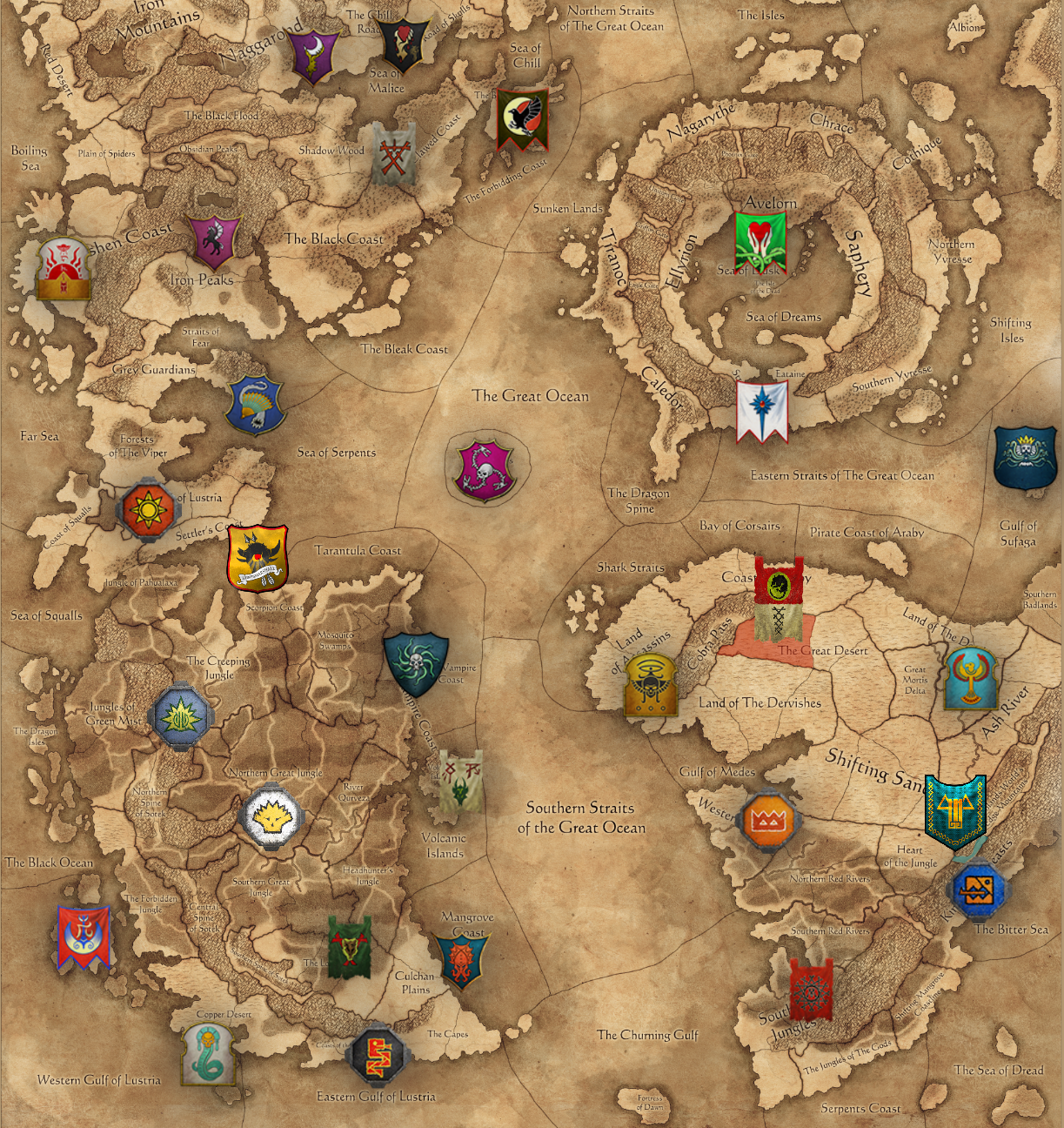 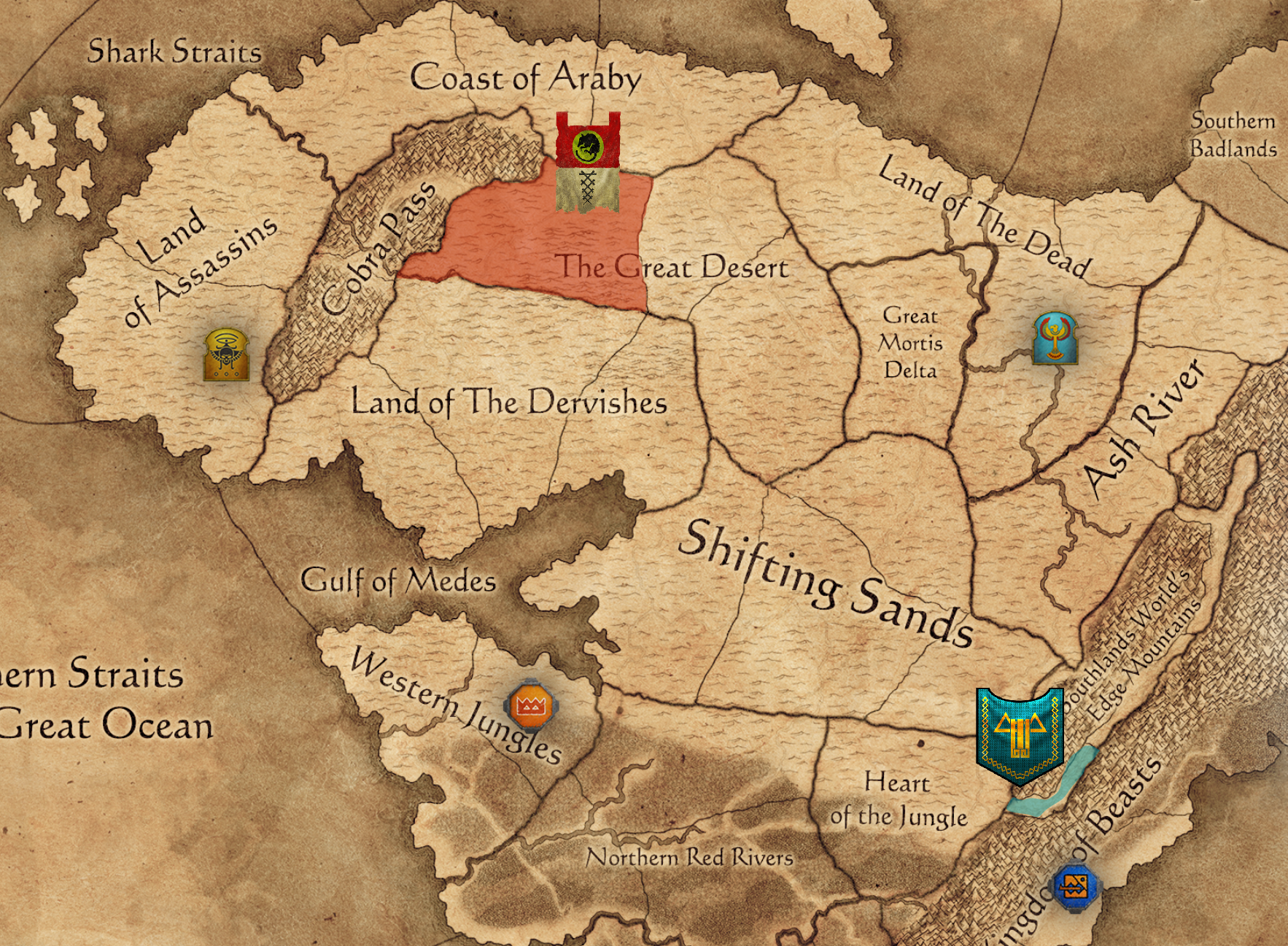 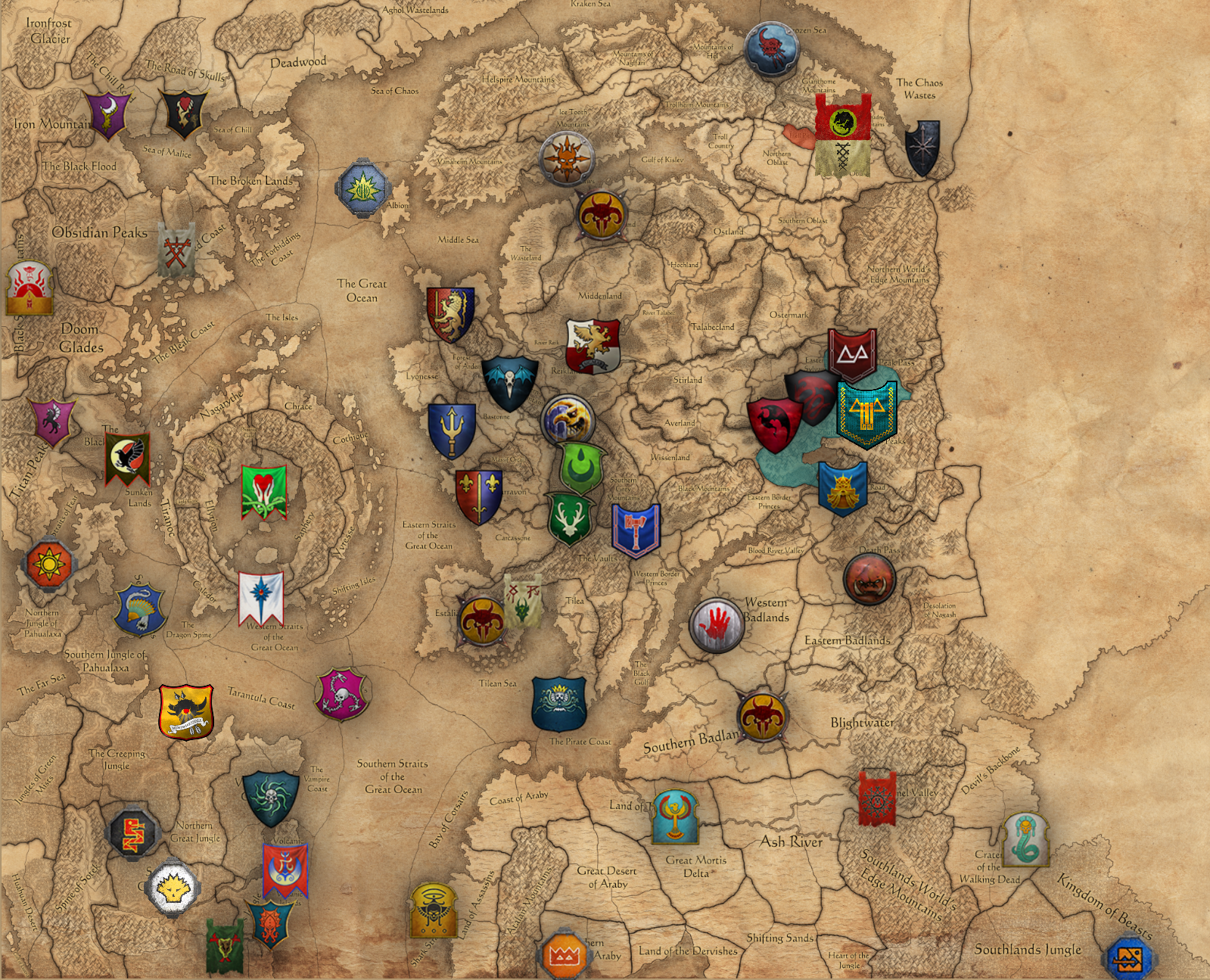 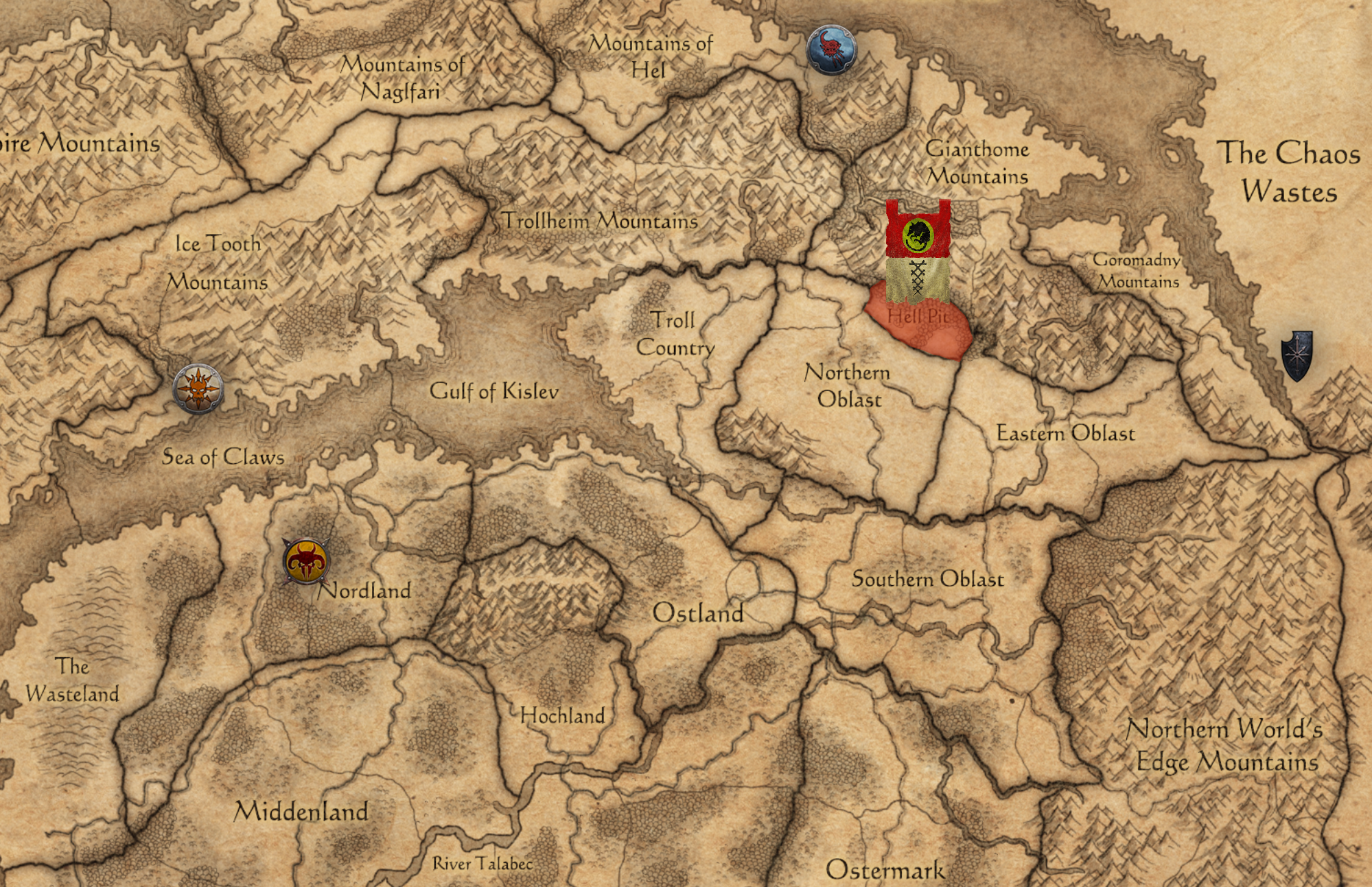 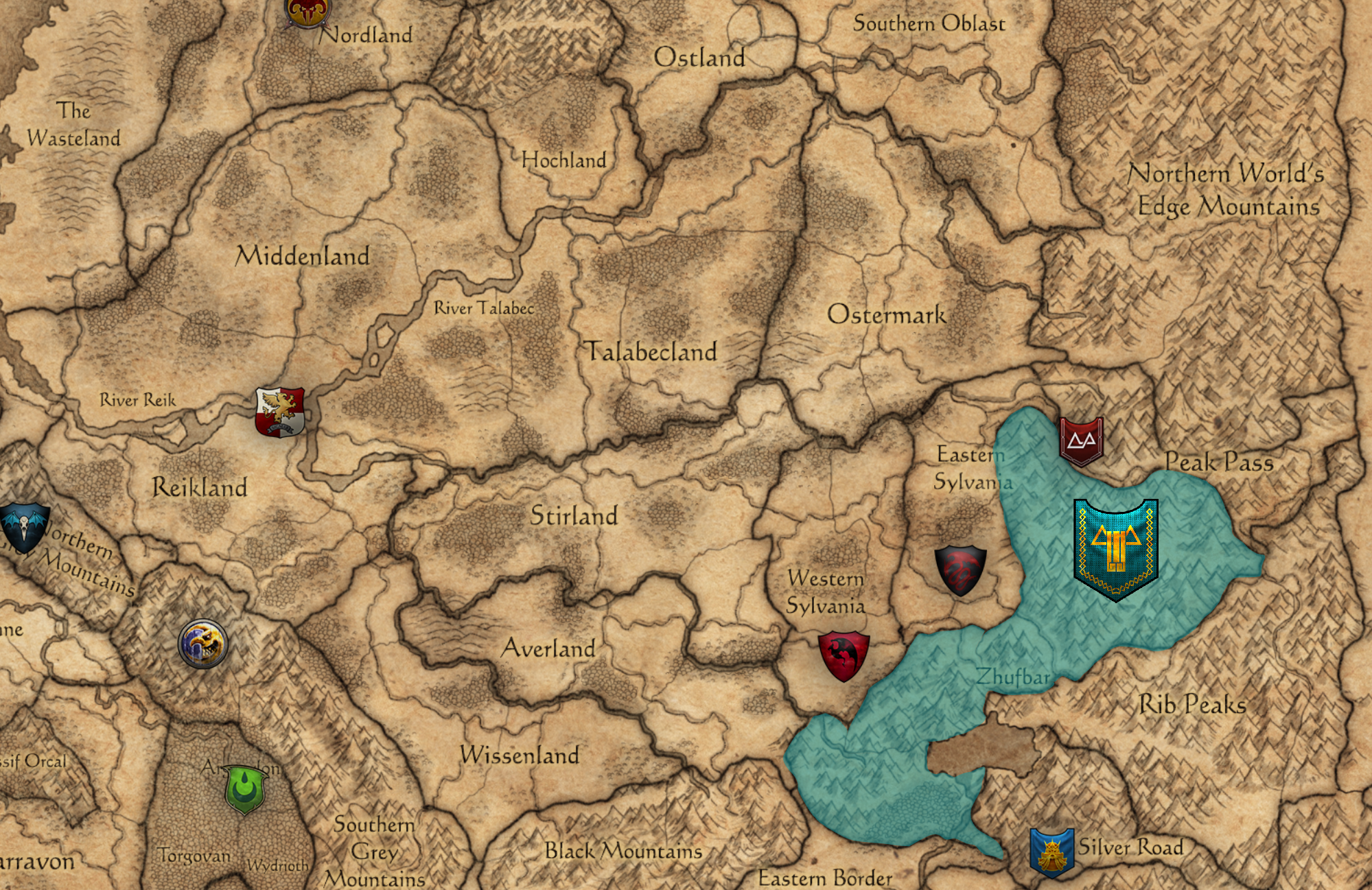 Unfortunately I don't think this pack would lend itself to the unique and deep mechanics introduced in the head to head between Wulfhart and Nakai (I would love for as many future DLC's as possible to be as interesting as the Hunter and the Beast) this would be more in line with "the Prophet and the Warlock", where the rivalry is downplayed, with both lords having unique mechanics that are more self contained.

Mutation Laboratory / Beastpit
Similar to Ikit's Workshop, Trot could get his Laboratory, where he is able to create armoured and augmented rat ogres through the upgrades. If we get Stormfiend's then this should require collaboration with Ikit Claw to unlock (Via a quest or confederation).

The Black Hunger
His mutations have heightened his metabolism to the point where he has to eat constantly to sustain himself:

- Throt has a Personal hunger Gage similar to the WAAAGH! (though less forgiving). If the hunger drops below a certain point then his army will begin to suffer attrition as Throt resorts to consuming his allies. Alternatively, you could sacrifice a whole unit, destroying it by having Throt eat it; this would raise your hunger Gage above the threshold for a short time, giving you the opportunity to get back on track.

The Great Workshop of Zhufbar:
Grimm could also benefit from a workshop mechanic of a similar kind.

- Instead of creating new units (Like Throt) Grimm would be able to offer upgrades that also change the look of his units (Like Ikit), giving telescope lenses to his missile units, creating explosive Crossbow ammunition, power gauntlets similar to his own for his melee units and so on.

- This could be a good excise to include Dwarf lords with different kinds of weapons: let him craft weapons for his lords like Crossbows, Handguns, great weapons etc that when equipped: change what they wield in battle.

Death before Dishonour!
Although he's a bit of a maverick, Grimm knows his actions have consequences. as much as he desires to innovate and advance his people to a new golden age, he is acutely aware that many great engineers before him (Sven the Magnificent, Jorek Grimm and even his own father) have trod on one too many beards and ended up gravely wounded or banished from the Karaz Anchor for all time.

- In order to raise your standing and counter any debuff's you may incur, you have to complete missions for the other Dwarven holds (Defend them, defeat their enemies and potentially make contact with the Dwarfs of Kraka Drak and bring them back into the fold)

- Maxing out your standing with other Dwarfs unlocks buffs and allows for confederation.