Speculation about remaining factions, units and LLs to come in WH2

TheWattman Junior MemberRegistered Users Posts: 225
September 2019 in General Discussion
I was initially sceptical to the Warhammer Saga coming to Total War. I was a firm adherent of history and the dive into Warhammer fantasy felt like a betrayal of the franchise. Never the less, I bought Warhammer 1 to try it out. Needless to say, in the early state that it was, I was not impressed. This changed with Warhammer 2. Besides history, my other great passion was dinosaurs. Which needless to say, increased the game's attractiveness to me considerably. Since then, WH2 has grown on me immensly, to become among my favourite games and to date I have 1300+ on the game. It has sparked an interest in the Warhammer World and now I'd like to share my own hopes and wonderings about the content to come. It will be a mix of what I think is likely to come and what I hope is coming in terms of new factions, units and Legendary Lords for the rest of Warhammer 2.

I will keep to the premise that all races will eventually recieve 6 Legendary Lords/factions to play with. Some races, like Norsca & the Wood Elves will be excepted, considering that their current implementations won't really allow for that many options. Also, I will not mention anything about the Greenskins or Chaos races, for the reason that I have too little overall knowledge about major characters and factions among these to form a reliable, grounded opinion.


So first off, lets talk about The High Elves

Current Status: As it stands of the date Im writing this, the High Elves currently have 4 factions and LLs. These are:

Prince Tyrion of Lothern
Teclis, High Loremaster of Hoeth in the Turtle/Volcanic Islands off Lustria
Alarielle the Everqueen of Avelorn
Alith Anar of Nagarythe, based in exile in Naggaroth

This means 3 factions on the continent of Ulthuan and 1 in Naggaroth. With the exception of Teclis, who rather should be the ruler of Saphery in Ulthuan from a lore-standpoint, these are all kingdoms within the larger Elven Empire. This forms the basis for the addition of further lords and factions for this race.

With this in mind, lets look at the other Elven kingdoms. These are: Ellyrion, Cothique, Saphery, Tiranoc, Chrace, Caledor and Yvresse. The order I mention these kingdoms is not without purpose, for its in this order that I think its increasingly likely that they will make it at some point into Warhammer 2. Since the High Elves have 4 Lords already, this means that only 2 more will make it in. Therefore, out of these 7 kingdoms, I have divided them in 2 groups. The Unlikely and the Likely to be added.

The Unlikely: Ellyrion, Cothique, Saphery and Tiranoc
Why are these unlikely? Well for the reason that they or the characters associated with these kingdoms only engage in relatively minor events and such in the lore, plus that they wouldn't really add anything in terms of strategy or other content to the game.
Ellyrion is a kingdom with vast plains focused on raising horses, but Ellyrian Reavers are already the basic cavalry unit of the Elves in WH2. Plus Arandir Swiftwing, the ruler of Ellyrion's capital, has an injured hip, so he can't ride a horse. This faction would not bring anything new to WH2
Neither would Cothique, which is a sailing-focused realm. With naval mechanics as they are, I can't see anything new coming with Cothique, who's only attraction would be the addition of Prince Arathion, the father of Tyrion and Teclis themselves.
The same with Saphery. No distinct units besides the various Mages, like Belannaer the Wise, can be added from this realm.
Tiranoc would be the most likely of these. Led by Princess Eldyra, Squire of Prince Tyrion himself, she and her faction makes it here on account of their colony of Arnheim in Naggaroth. She and the Knights of Dusk could be set out on a crusade against Morathi, but this is still unlikely. 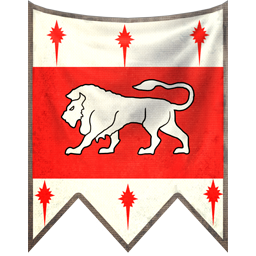 Describtion: Chrace is the least likely of the Likely factions. Chrace starts in northern Ulthuan in a somewhat exposed position. To the west is the Dark Elves of the Scourge of Khaine, to the north are the Aghol Norscans and to the east is Cothique struggling with invading Skaeling Norscans. Should they break through, you're next. This means that the nearest reliable help is Alarielle in Avelorn and you have to conquer the Unicorn Gate to connect with her. Chrace is the home of the White Lions, who already are a unit in-game, but with the addition of the new war beasts of Lions and the Chariots drawn by them, this would be a really cool way to create diversity from the other Elven factions. Obviously, Korhil would have focus as a lord on buffing his fellow Lions and his quest-items would be Chayal, his axe and the Pelt of Charandis.

I would say that Chrace is the least likely of these factions and if it makes it in official capacity, it will be as an FLC faction or possibly paired with Egil Styrbjörn of the Skaeling Norscans in a DLC potentially called "the Lion and the Butcher" or something. 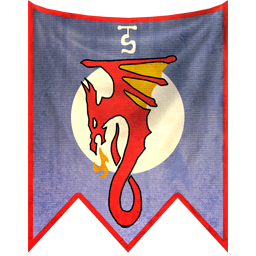 Describtion: Ah Caledor, the Black Sheep of the Elven Realms. A declining realm, past its prime power, with most of its Dragons gone. Imrik is highly isolated, under siege by Noctilus of the Dreadfleet and none too popular by Tyrion in Lothern either. With Tyrion focused on the Cult of Excess and Tiranoc on its business in Naggaroth, Caledor really stands alone against Noctilus. Now, most of Caledor's hallmarks, like the Dragon Princes and Dragons themselves, are already a part of the High Elf roster, so Im kinda lost as to what in terms of units this faction would actually bring in its DLC or FLC addition. However, I see it more likely that CA will choose the Prince of Dragons rather than the Lion Captain to bring alongside the coming Yvresse. However personally, I would rather see Chrace over Caledor. Imrik's quest items would be the Star Lance, the Armour of Caledor and the Dragonhorn 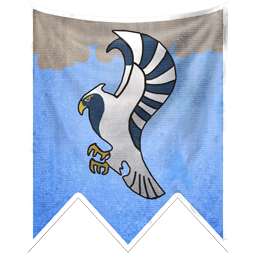 Describtion: Yvresse is everyone's favourite candidate for new High Elf additions. And rightfully so. Yvresse has, along with Chrace in my opinion, the most to offer WH2 from a HE standpoint. Eltharion is famous for 2 things: Defeating the WAAAGH! led by Grom the Paunch and for raiding Naggaroth. Now depending on Grom is handled (again, know too little of the Greenskins to opinionize), Eltharion has a few options. He could either start in Ulthuan to defend against Aranessa Saltspite of Sartosa and maybe a scribted invasion by Grom further down the line. Alternatively, Eltharion could start in Arnheim in Naggaroth, with maybe a vassal faction in Ulthuan under siege by Grom the Paunch. Depending on how serious, your missions would either be to sail home and reclaim your lands, or to carry out an invasion of Naggaroth, kind off like Alith Anar. Another feature of Eltharion's could be the unique heroes Anaran and Anarelle, his nephew and niece. Anaran is a melee hero, while Anarelle is a mage. As for new units, the Knights of Tor Gaval, flying Griffin Cavalry and Mistwalkers would be a given, with other additions including Faithbearer spearmen and Skyhawk archers in the possibilities too. Eltharion's own items would be the Fangsword of Eltharion, the Helm of Yvresse and the Talisman of Hoeth.


This is what Im expecting from the High Elves in coming expansions. I will be posting about the other races soon. If you guys have any comments or questions on this, feel free to post!
Tagged:
Flag 1 · 1Like
«123»