Harry_Hood Registered Users Posts: 16
October 2019 edited January 1 in Multiplayer Bugs
Been playing co-op as Carteins with latest hunter and beast and all DLCs. Starting with either Vlad or Isabella (doesn't matter which), you can't recruit the other lord after 2nd turn or any turn thereafter. The LL is greyed out and says "recruitable 1 turn" but never able to recruit. Attached are screenshots from both campaigns with same issue. One is turn 23 and the other is 2. Buddy was playing Klemmer.

I am using mods but no mods that affect starting positions or lords. I tried the same mods in single player with no issues. I didn't bother uploading saves because it's a quick bug to find on second turn. 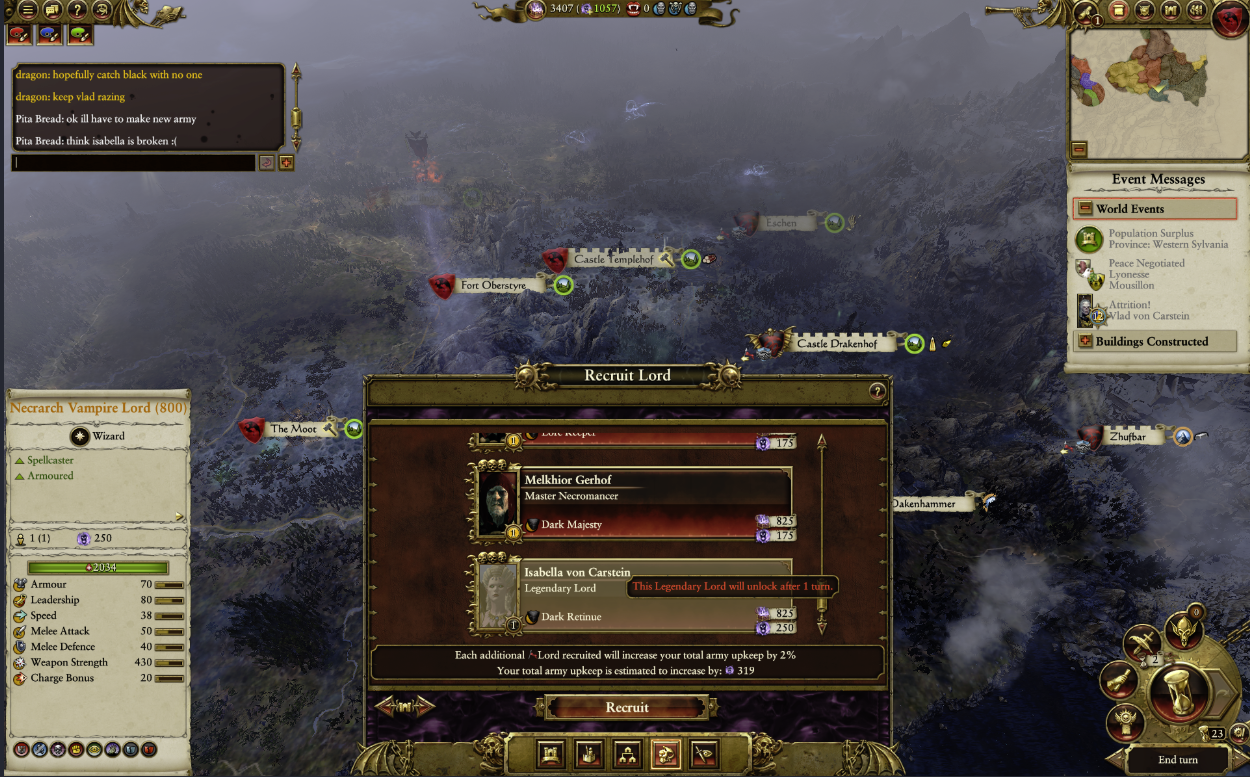 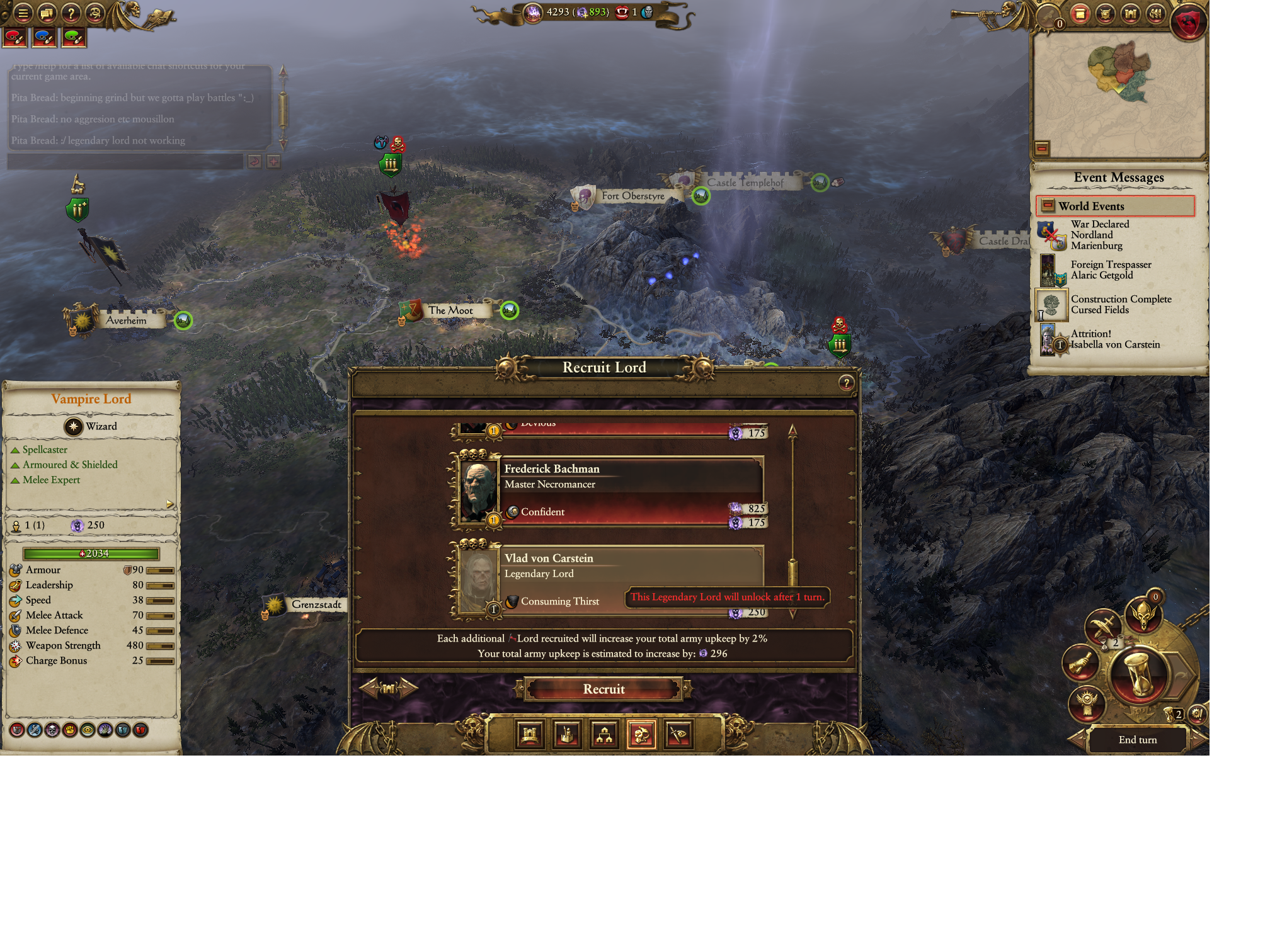 Anyone else having this issue or am I missing something?