Normon Registered Users Posts: 3
October 2019 in Crashes
There's no Total War Launcher Support category for me to put this post, so this is the next best thing imo, since I was playing Warhammer 2.
To put this very simply, an internet line in my area was recently damaged and I've been without internet for over 24 hours. My game was running before the loss of internet, and I only recently closed warhammer 2 to disable one of the mods I was using. (I may have fallen asleep with game still on.)

Upon starting the game back up, and going to disable the mod in the launcher, I found that I was completely unable to do this, because as far as the launcher cared, I don't have any mods. If I restart my steam and quickly launch the game and open mod manager, all the mods are there, and disabled. However, as soon as the launcher realizes it cannot connect to the internet, it instantly hides the mods, and says I should go to the workshop to download some.

I realize the new launcher was designed for primarily online use, and that this is obviously not your priority. However, internet access is never a guaranteed thing in this world, and if I already have the mods downloaded, then I should be able to enable or disable them using your launcher. As is, I've locked myself off from enjoying your game as I'd like, all because I wanted to disable a single mod. It's frustrating to have such a simple feature locked behind having internet access at all times. I imagine this must be even worse for laptop players who want to continue their campaigns while away from home. 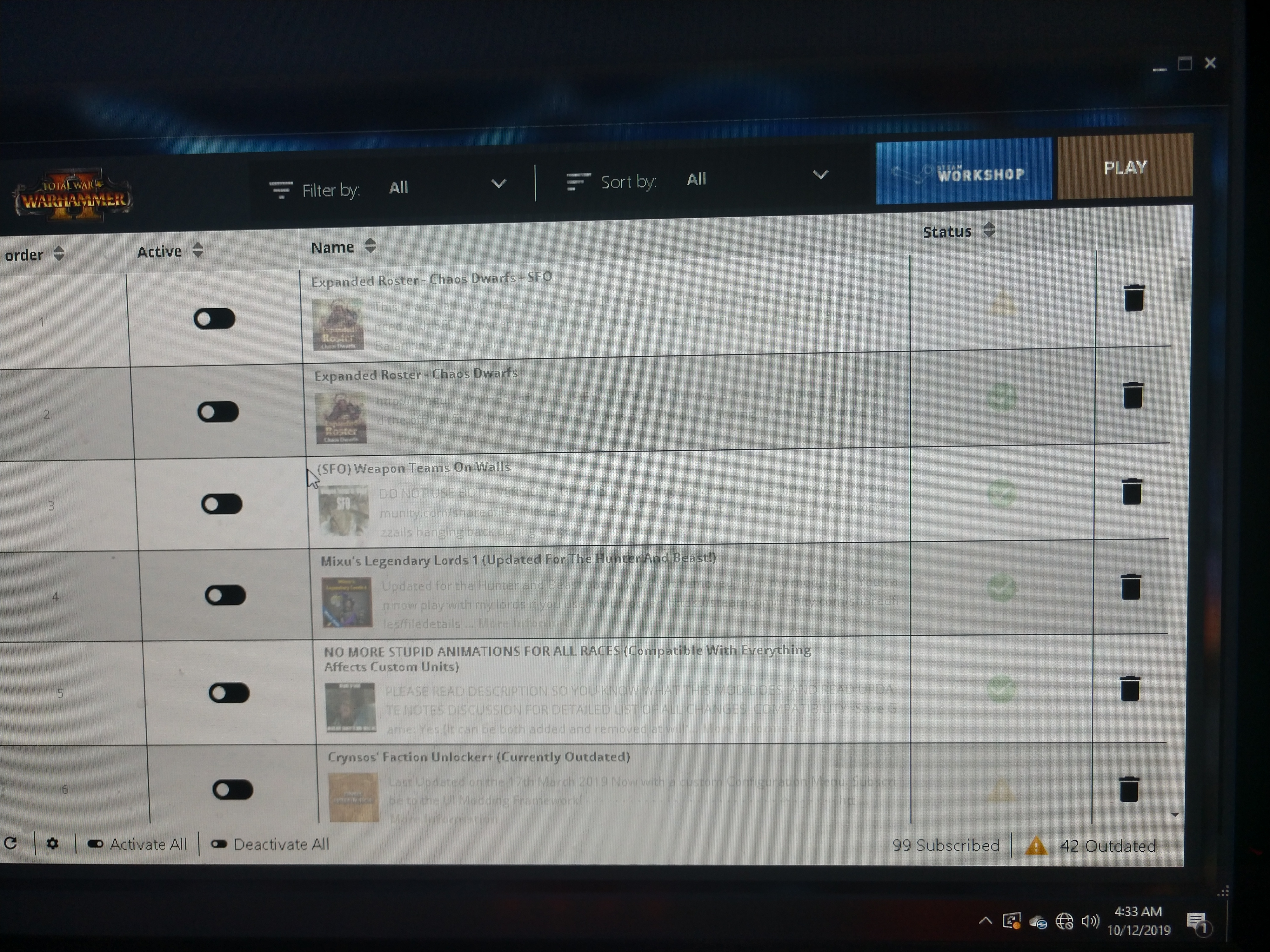 I included 2 pictures showing that the mod launcher registers the mods being there, before suddenly they're hidden and it tells me to go to the workshop. It took less than a minute.

Until this moment, I had never experienced the issues with your launcher that many players report. I've never had any problems whatsoever until now, and have never had a reason to download one of the highly recommended third party launchers for your games. However, once I get internet access back, I may reconsider, because quite frankly I love your games, but if I can't play them with your launcher while I'm stuck without internet, then I won't use your launcher.
Flag 0 · Like