Riskafish Registered Users Posts: 521
October 2019 in General Discussion
The evidence
A faction called Lead-cutterz were added during the Doomsayer update to the northern red rivers in the southlands. This initially looked to just be a way to add more enemy variety for Tictactoe however things have recently changed. In the Empire Undivided the same faction was added to the new Misty Veils province within the Empire in Mortal Empires. This province includes a settlement called the Black Pit.

The Black Pit is significant as a "goblin" settlement and it is right next to the path WAAAGH Grom took before leaving for Ulthalon. What is more, the symbol of the black pit is different than the one in the "eye for an eye" beastmen campaign and is a new faction that is present in both the Vortex and Mortal Empires.

As we all know with other changes in game, they are normally a way of preparing for upcoming content.

Arcani_4_ever also made a excellent post called "Eltharion might start in Tor Elasor" which would put Eltharion within the areas aswell.

Why this could be the starting locations?
The reason why this could work is that Grom would have quicker path to Ulthalon which would allow Eltharion to arrive when Grom is already well on the way to destroying the wayshrines around Ulthalon. This is pretty much what happened in the lore with the final conflict being a "all or nothing" kind of moment.

What do you guys reckon? 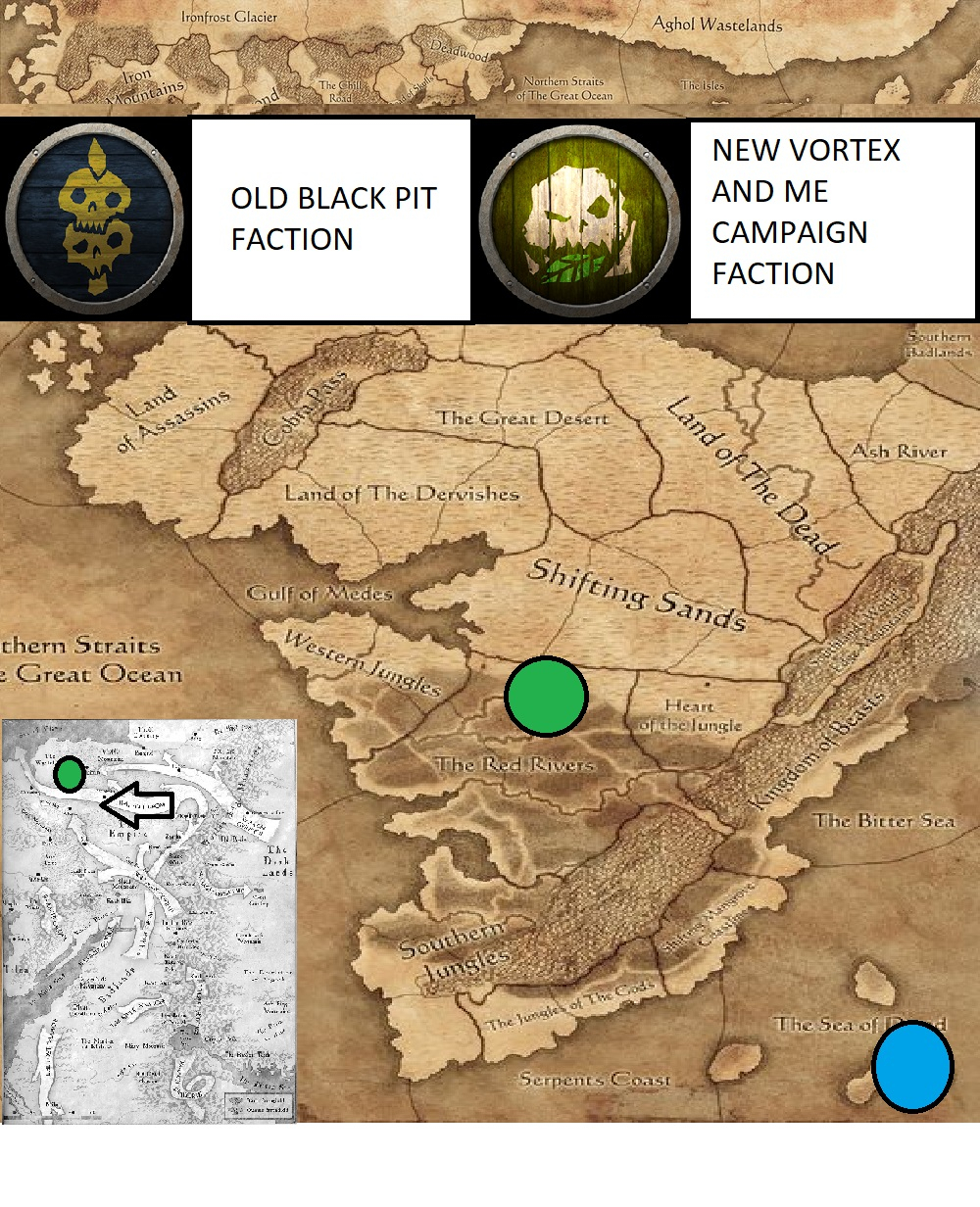