I am playing the vortex campaign with the hunts´marshal expedition and I just too the awakening from the coast vampires. Although it is signaled as having a special landmark building there is not one I can build. I have pictures below to illustrate.

Also, in the same campaign, Gotrek appeared for me to recruit and when I did Felix did not appeared. so I only have gotrex but not felix. (I did not take picture)

I am not using any mods. 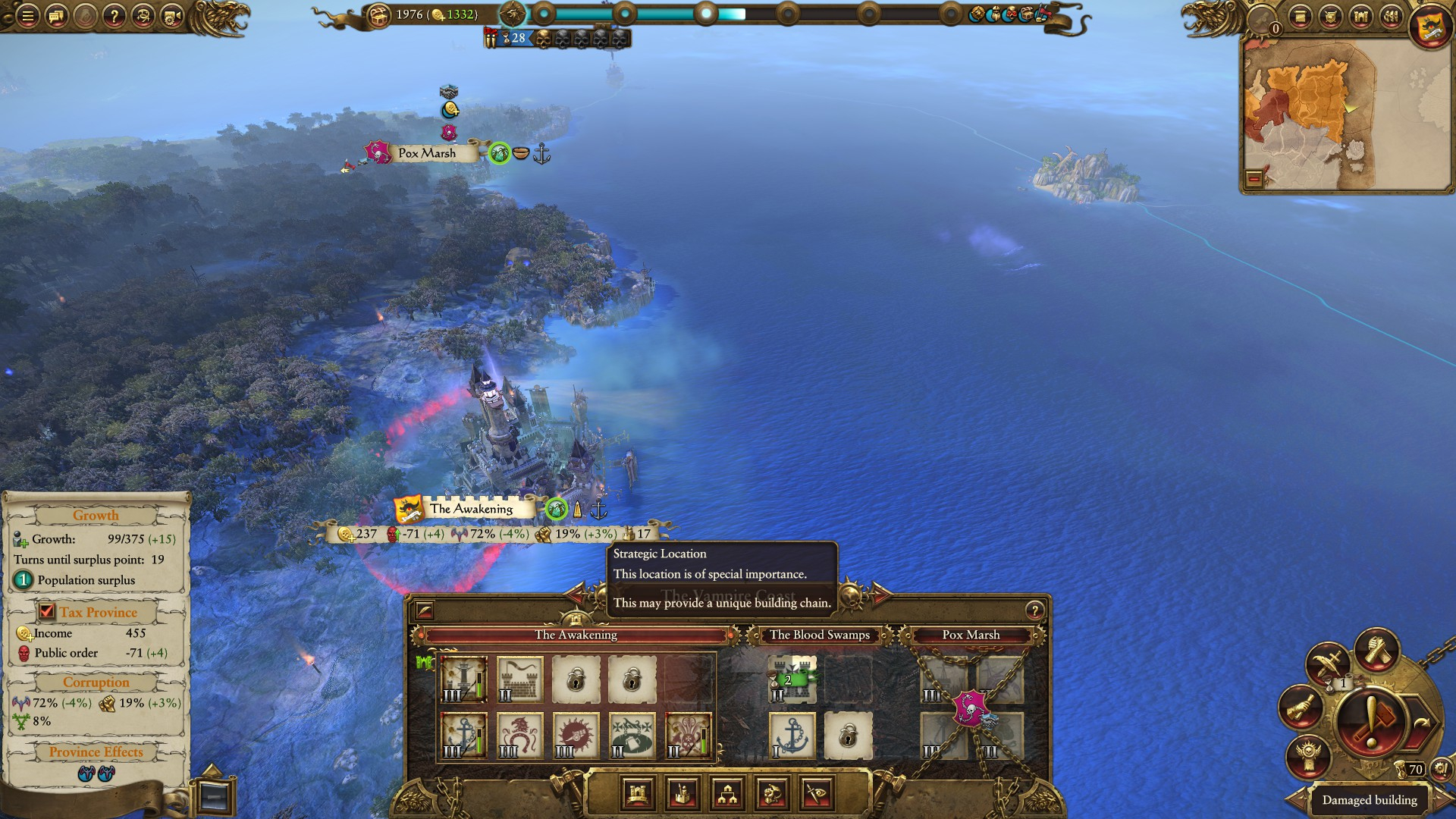 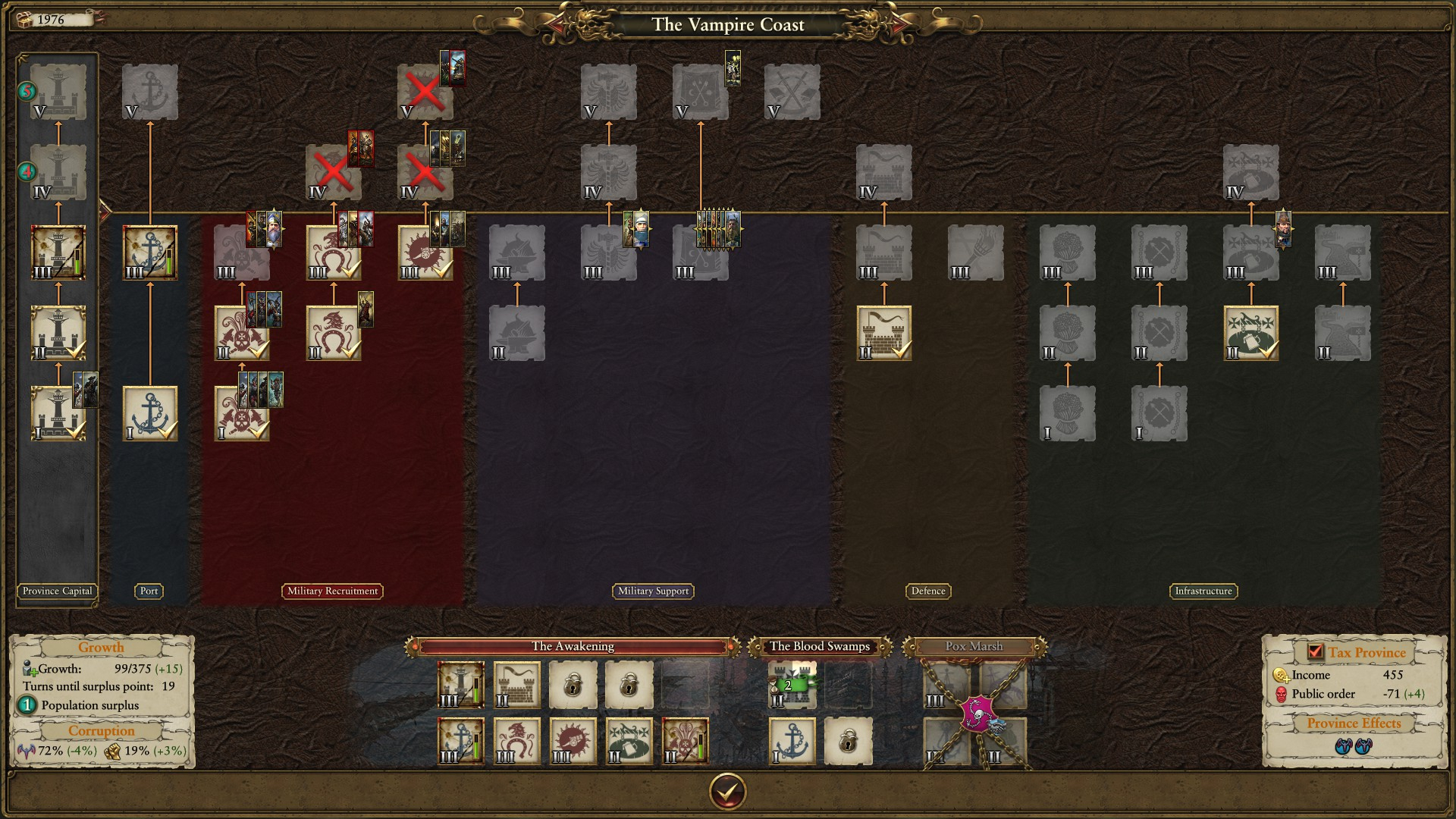 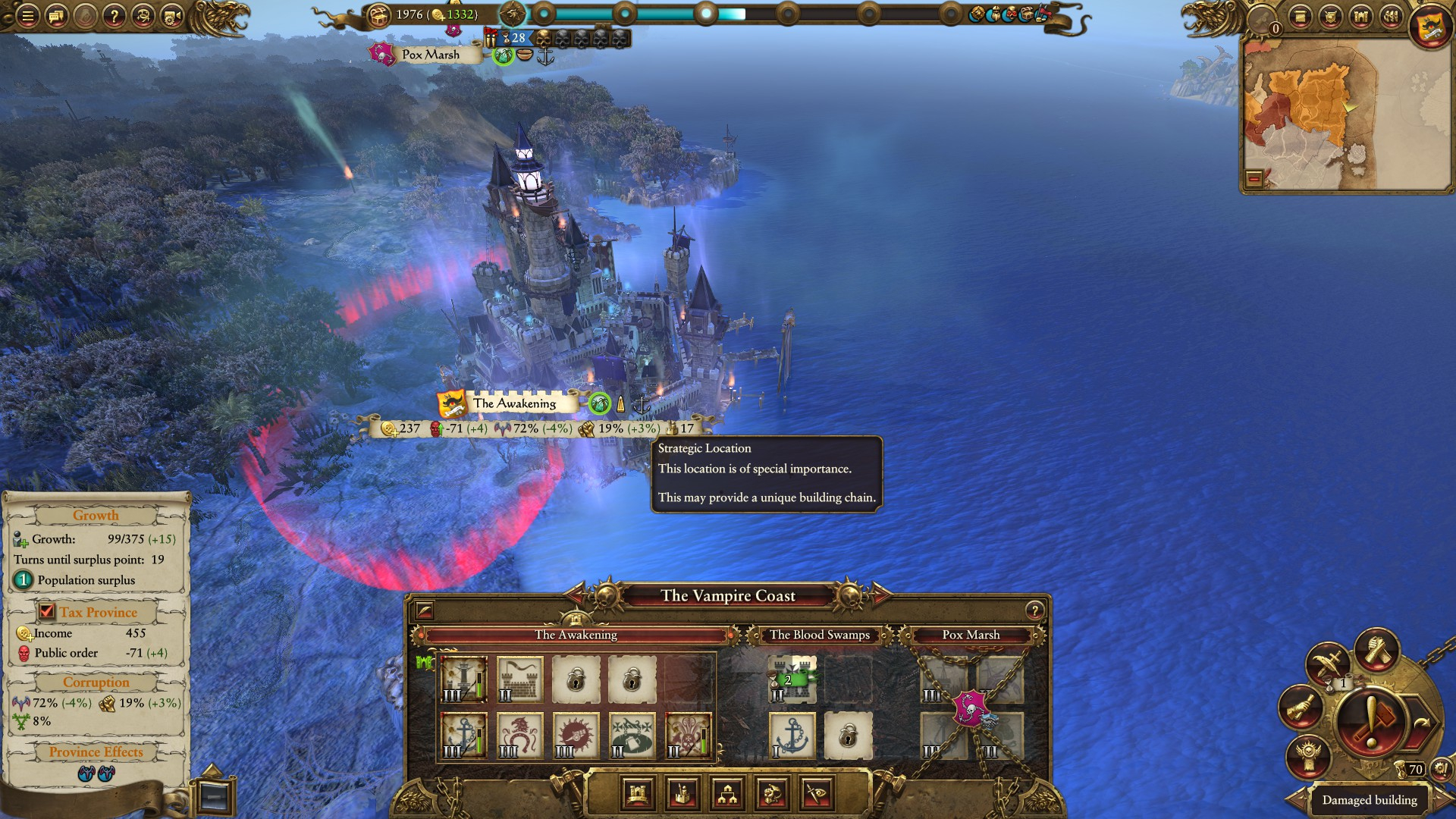