Arkess Registered Users Posts: 2
October 2019 edited October 2019 in Balancing Discussions
The rework of bretonnian lords not only dismissed their drawbacks, like a weak economy or castle defences, but made even stronger their advantages like a free horde armies and free additional lords.
As usual, i'm conquering as much regions as needed to summon Chaos, around 32-40 turn. As the Bretonnia, Chaos spawns at 23-27 turn, eliminating half of the New World factions, but i don't worry about this, because of Leo can solo any stack in the game (with the mage, even without Sword of Khaine, he easily kills 3500 skavens with 2 abominations without HP losses).
I've played on Very hard, pure vanilla without any mods. 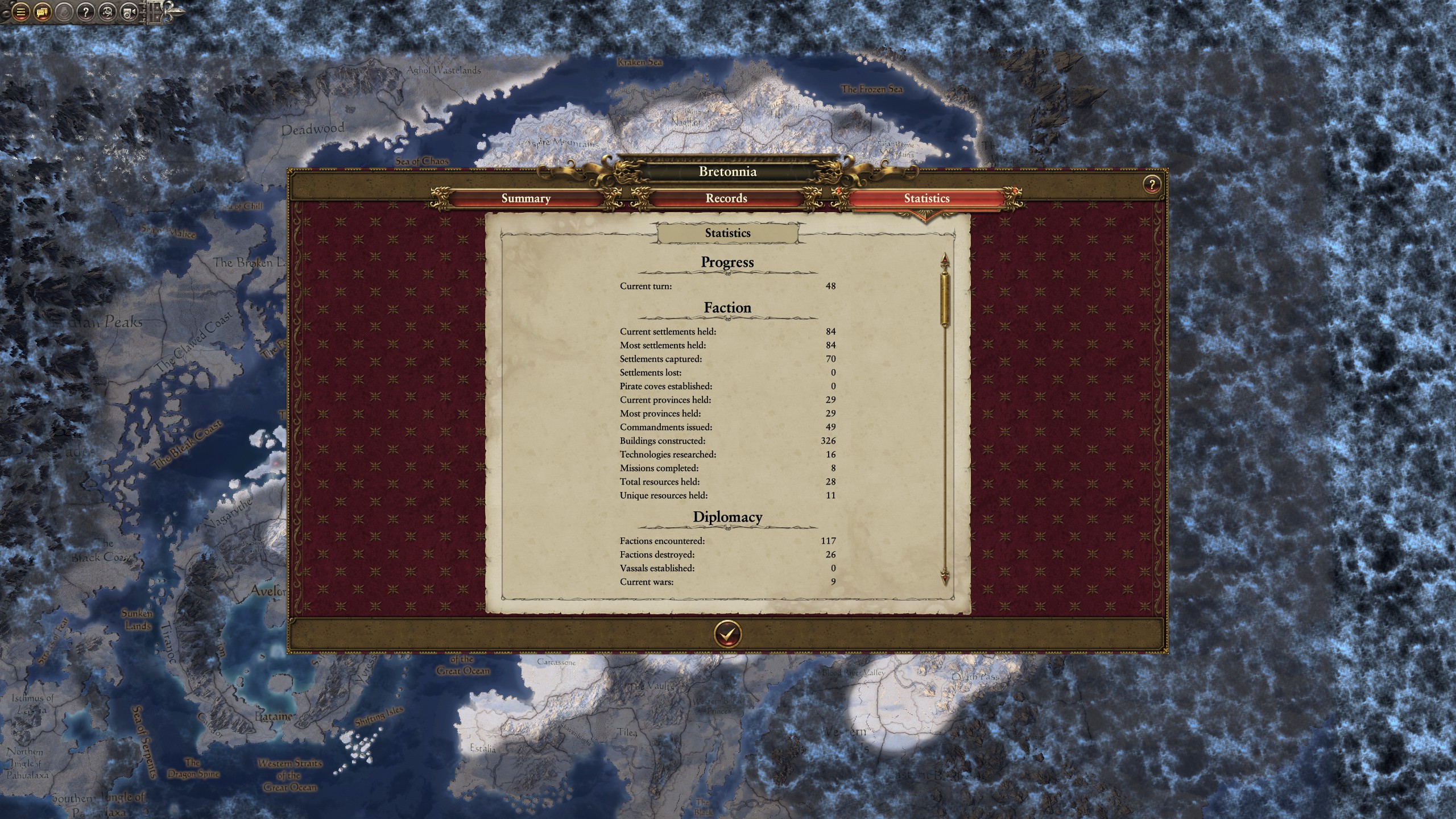 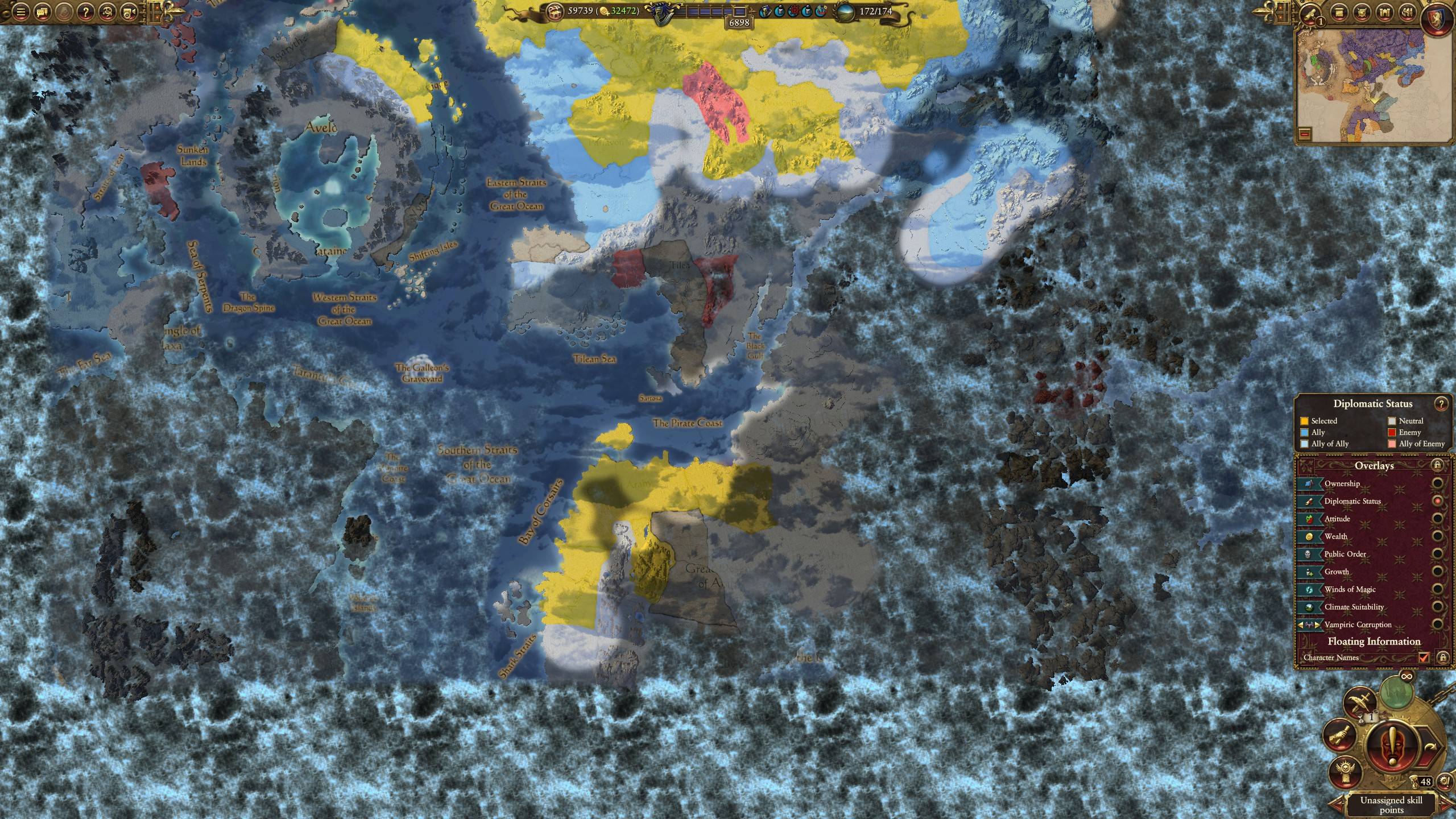 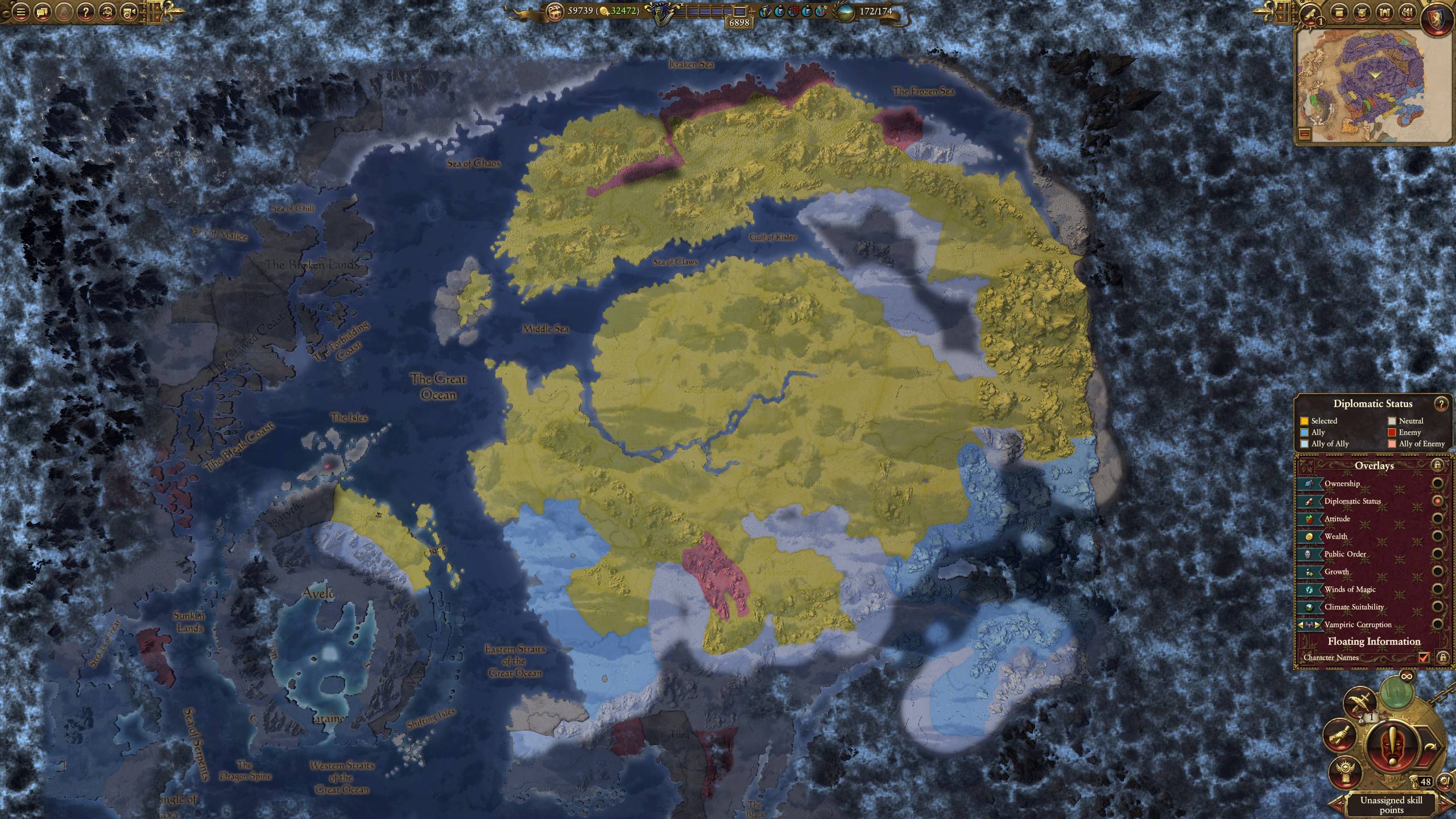 So, what do we have in total:
- best economy in the game;
- most powerful lords, with perfect stats and infinite vigour;
- autoresolve on the side of lords, and Bretonnia has a lot of them;
- lords can easily reach 2 vows from start;
- free lady-mages from start instead of high-tier hero-mages, they support main stacks and give a good perks each another;
- free and unlimited confederation without any drawbacks (you can confederate 4 or 5 factions instantly, when decide to do that, and game will reward you with 20-turn order buff);
- armouries with +2 armour to ALL troops, that sounds not so powerful, while you are don't have 20 armouries and your absolutely free hobos don't have 60+ armor;
- FREE peasants everywhere, they're outnumbering other horde factions like a skaven or VC - and you can easily recruit 12 units of peasants per turn from the pool.

What, on my opinion, can we do with that?
1. Make infinite vigour more difficult to achieve. I think that you're underestimating importance of infinite vigour - it is a legal cheat.
2. Cut an industry profit, making peasant cap slightly more restraining factor;
3. Give a timeout (4-5 turns) to confederations and prevent confederation buff stacking;
4. Restrict easy gain of vows for lords;
5. Create a softcap for lords quantity, for example, 1 lord per 2 full provinces - and give +15% for army maintenance for each lord if this cap is exceeded;
6. Slightly nerf duration of Leo's active skills, it is too much endurance for a fast flying lord;
7. Slightly reduce auto-resolve weight of lords.
P.S. Sry for english, it is not my native.
Post edited by Arkess on October 2019
Flag 0 · Like