EasternRoman5 Registered Users Posts: 67
December 2019 edited December 2019 in Rome II Support
Hello! I decided to post a detailed list of important bugs I have found in Rome 2 and kindly request a patch to address these or any other we may not know about. Many of the bugs below are commonly reported by people around the web. Some are very important, almost gameplay breaking, others are only visual or subjective, but I tried to use logic and not opinion for this report. 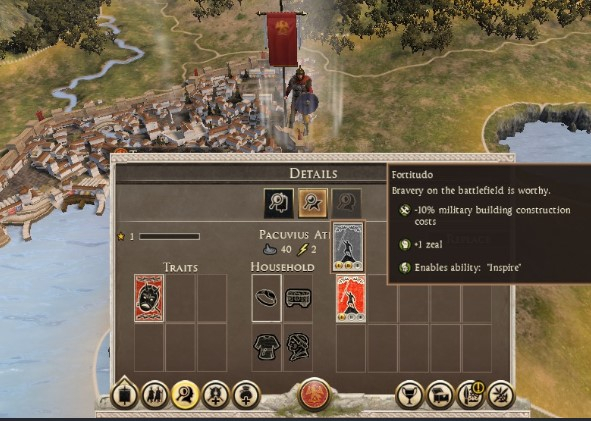 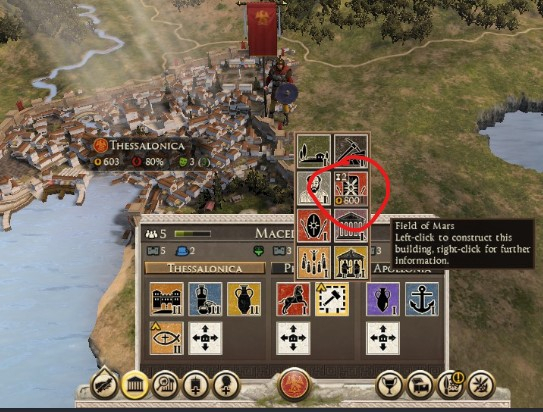 2. Many household items/ancillaries appear in the notifications as gained but the item is not actually gained. Examples: “Priest of Seth” and many others. Most of them are quite useful and would be great if they were fixed.

1. Cydamus (in Phazania) is missing the leather resource building (Tannery Village) while the resource’s visual animations are visible on the map. The resource is available on Imperator Augustus and Empire Divided maps.


2. Nomadic tribes have access to the “Meeting ground” building chain (branch of the warrior lodge) which gives bonuses to infantry recruits. Please change the bonuses so that they will now provide a more appropriate bonus to these cavalry/archery oriented factions.


3. The Champion of Kush should have the same appearance as Egypt’s Champion


4. Shrine/Temple of Hermes is not available any more.

1. General’s attributes (authority, cunning, zeal) have no effect on the general’s bodyguard unit. Pictures C1b-C1c show that the weapon damage bonus is not applied even though it should (stat should be 34 instead of 30). Pictures C1d-C1g show that the commander’s aura of influence is not affected by general's authority points (not increased neither decreased: Pagondas should have 50% smaller aura!). The bug affects all factions, all generals, all bodyguard units of WoS AND admirals. [MAJOR BUG] 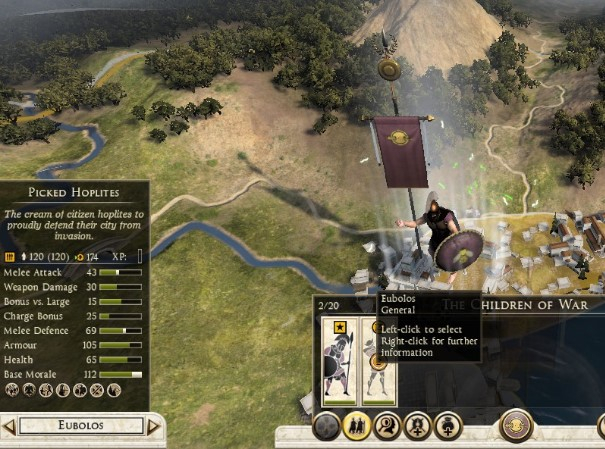 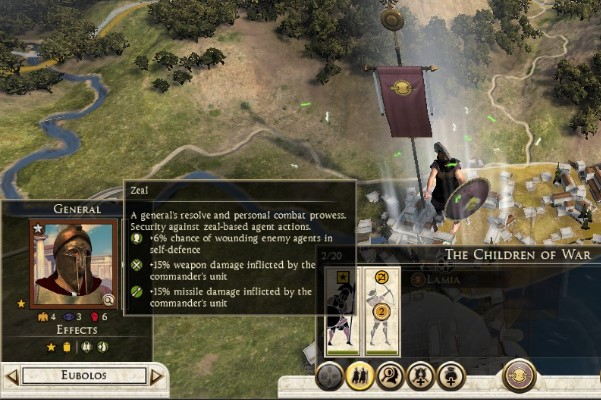 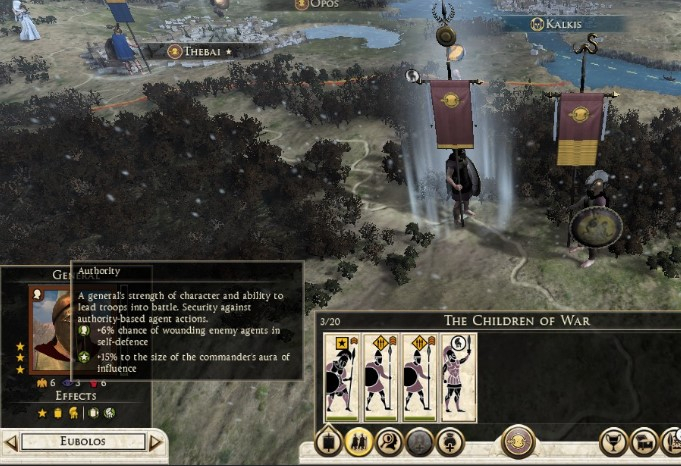 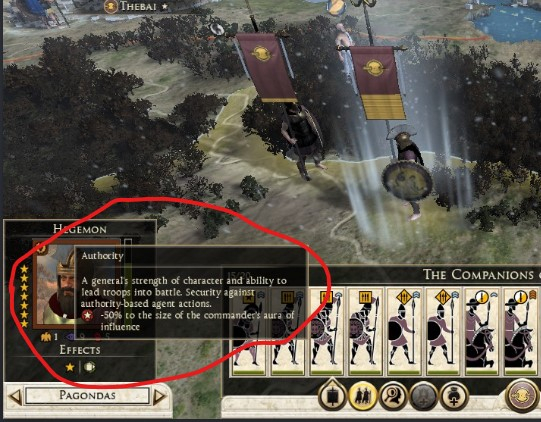 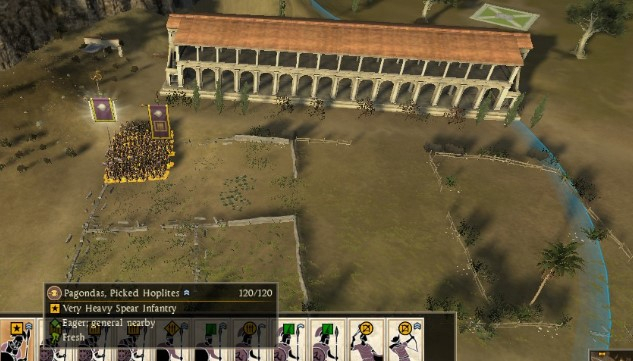 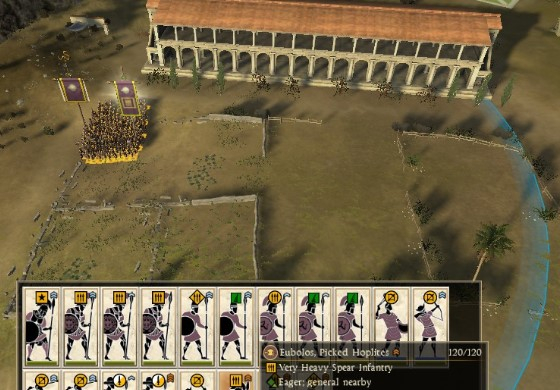 2. “Hero of the army” trait will be shown as received by a general in a notification but there will be no trait nor effect on the said general. 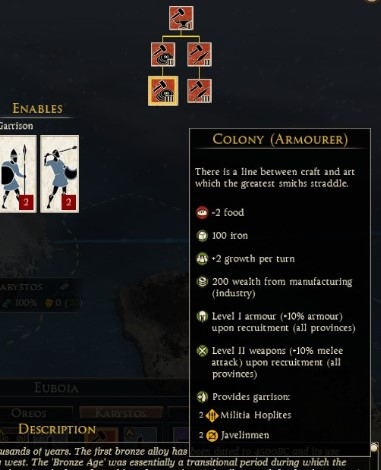 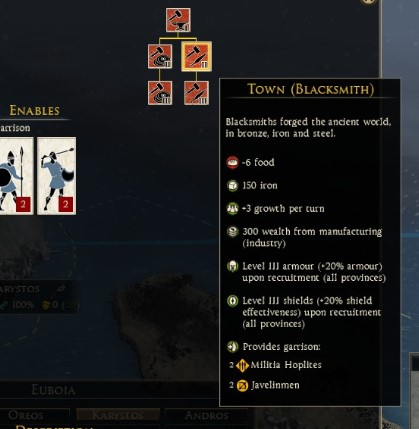 4. A crest-like object (can be white, red or black) is clipping through the torso of many units (affects Picked hoplites, Light Hoplites, Marines). See pictures C4a-C4d. 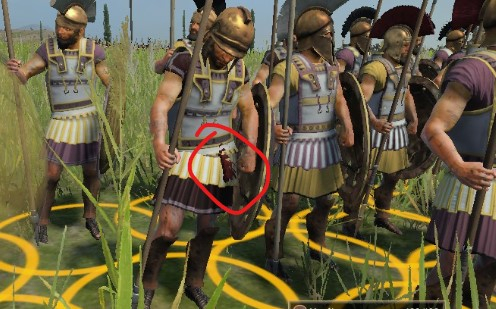 5. Obsolete traits: Many traits or skills are just a copy from Grand Campaign. For example, since there is no cultural conversion in WoS the trait of the picture C5 is obsolete and take up slots where more useful traits could be received. Also, some other traits/skills may not work. 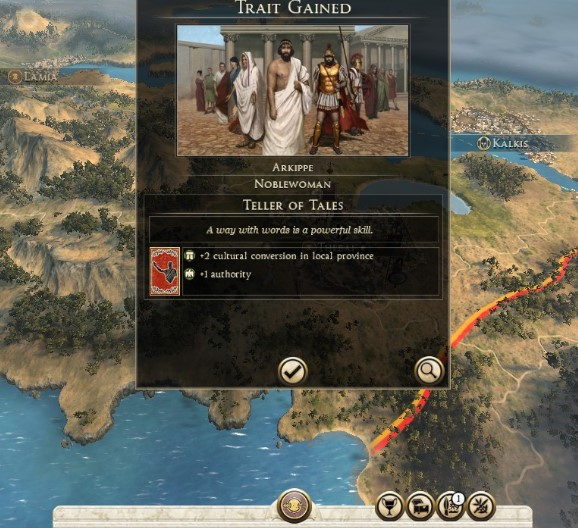 2. The Aqueduct buildings are not visible on the map (affects IA and ED)

3. Dacians: The Chapter 1 objective “Research technology Raised Site” will not become marked as completed when the technology is researched nor will the player receive the reward.

1. ALL factions' generals and admirals do not receive the bonuses from their attributes (authority, cunning, zeal). Same as bug C1 [MAJOR BUG]

2. The Aqueduct buildings are not visible on the map (affects IA and ED) 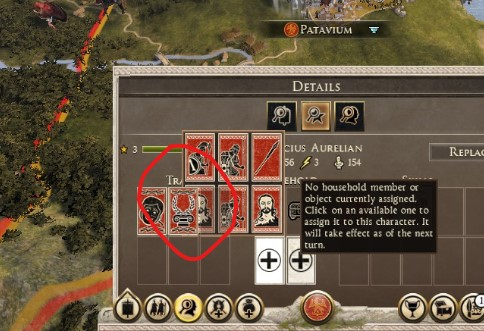 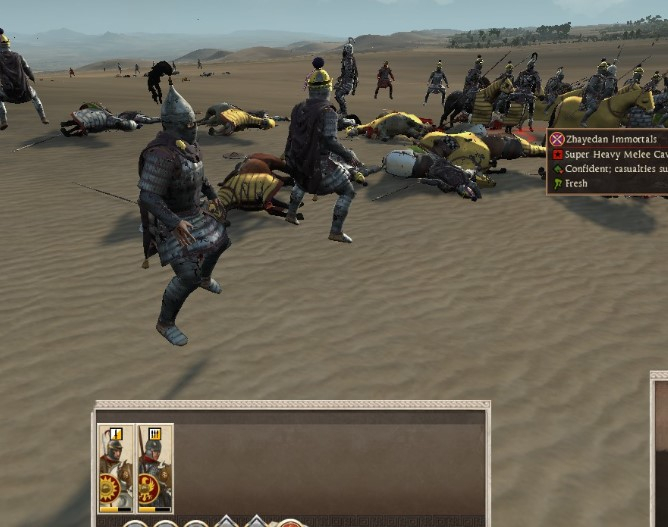 5. Aurelian wields a spear instead of a sword in battle (Praetorian Cavalry) (probably intended?)

1. Roman generals and admirals do not receive the bonuses from their attributes (authority, cunning, zeal). The rest of the factions are ok. [MAJOR BUG]

2. Ariovistus’ spear is floating/not in the right position when he uses the Noble Riders unit as bodyguard (in other bodyguard units he wields a sword and is fine). Picture F2. 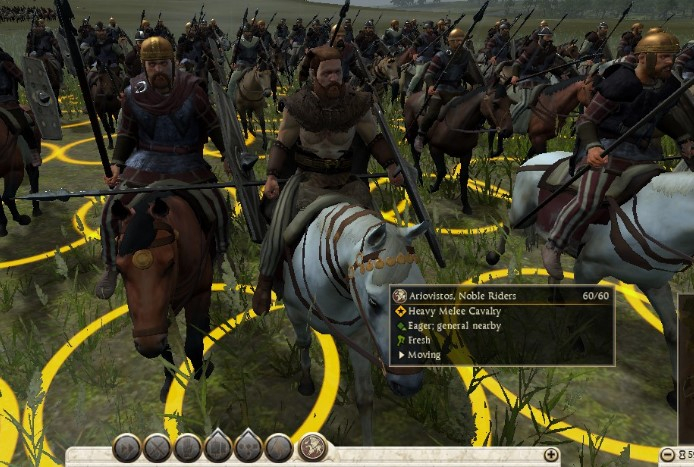 G. Hannibal at the Gates

H. Rise of the Republic

1. Ears clip through Corinthian Helmet. Affects Tarantine hoplites (Pictures H1a-H1b) and many Hellenic generals on the Campaign Map/Diplomacy screen. It may be minor but it is quite noticeable when playing. [VISUAL BUG] 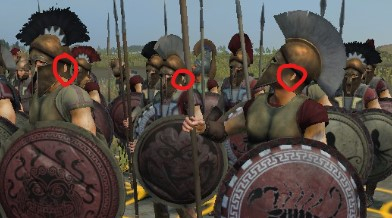