Spector Senior MemberBelgradeRegistered Users Posts: 814
January 2020 in Community Content
This video is a preview of new content DLC for TW Three Kingdoms called The Mandate of Heaven which comes out on the 16th of January 2020. It includes:
-New characters and six new playable warlords including the Zhang brothers and Emperor Liu Hong
-Unique new campaign mechanics, events and objectives
-40 new battlefield units and new unit abilities
-The ability to begin a campaign in 182 CE just before the Yellow Turban rebellion…
Then play through the conflict and deep into the Three Kingdoms period 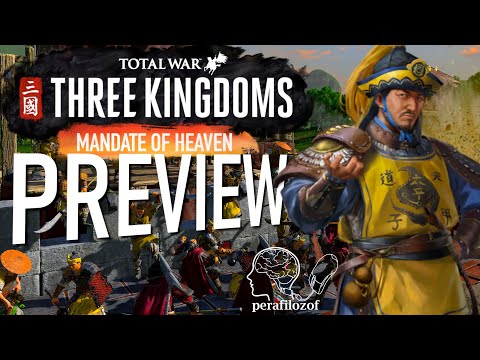 A comprehensive game update will accompany Mandate of Heaven’s launch, featuring a great many tweaks, balance changes, bug fixes, and improvements – more on this soon.

Tao Qian is the new free-LC playable warlord being released with the Mandate of Heaven DLC. He will come alongside a number of new units, the full details of which will be announced soon.
Playing Total War since the original Shogun
Tagged:
Flag 0 · Disagree Agree
Sign In or Register to comment.