street_regulator Posts: 166Registered Users
January 11 in General Discussion
"Da Rusty Arrers" & "Da Warlord's Boyz" both display armour-sundering in their discriptions, but they don't actually do the armour-sundering. No debuff, no armour reduction, it just flat out doesn't work. Saw a thread from a few months back mentioning that coupling armour-sunder with poison might be the reason armour-sunder is negated completely. Just wanted to resurface that topic. 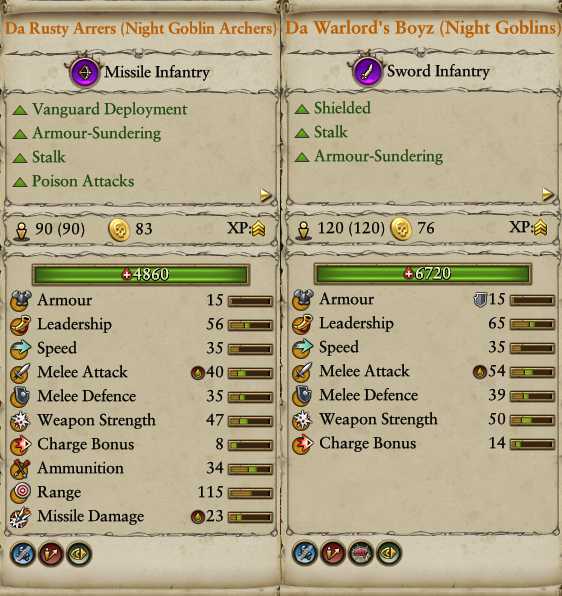 Notice there's no armour-sunder icon next to melee attack, turns out to not just be a visual bug, it actually doesn't exist.

crooked moon is difficult as it is, these bugs just add unnecessary hurdles
Flag 5 · 5Like