What Vampire Counts could've been, had the treatment been that of game 2 races.

Crossil Posts: 5,437Registered Users
January 15 edited January 15 in General Discussion
There is no denying the fact that CA's design policy has evolved in game 2 compared to game 1. Every legendary lord has a unique start postion, LLs are chosen for their battlefield roles and what they represent rather than having several close knit groupings. Another major point is that regional occupation also created some limits on where LLs can be places. I think the Vampire Counts at 5 LLs suffered perhaps the most from this. Now, Empire did as well but I think with Vampire Counts it's more obvious as the Empire is far more closed on what kinds of characters it has where. I might make a similar post for the Empire at some other point.

So how could've it looked had CA gone into game 1 with the same ideas as with game 2? Well, here's a presentation, going solely on loreful positions(barring one) of characters without even going into "expeditionary" takes that CA has been doing and no regional occupation. Went up to 7 LLs just for fun(and to raise the rage levels of people seeing even more vampires on the map). 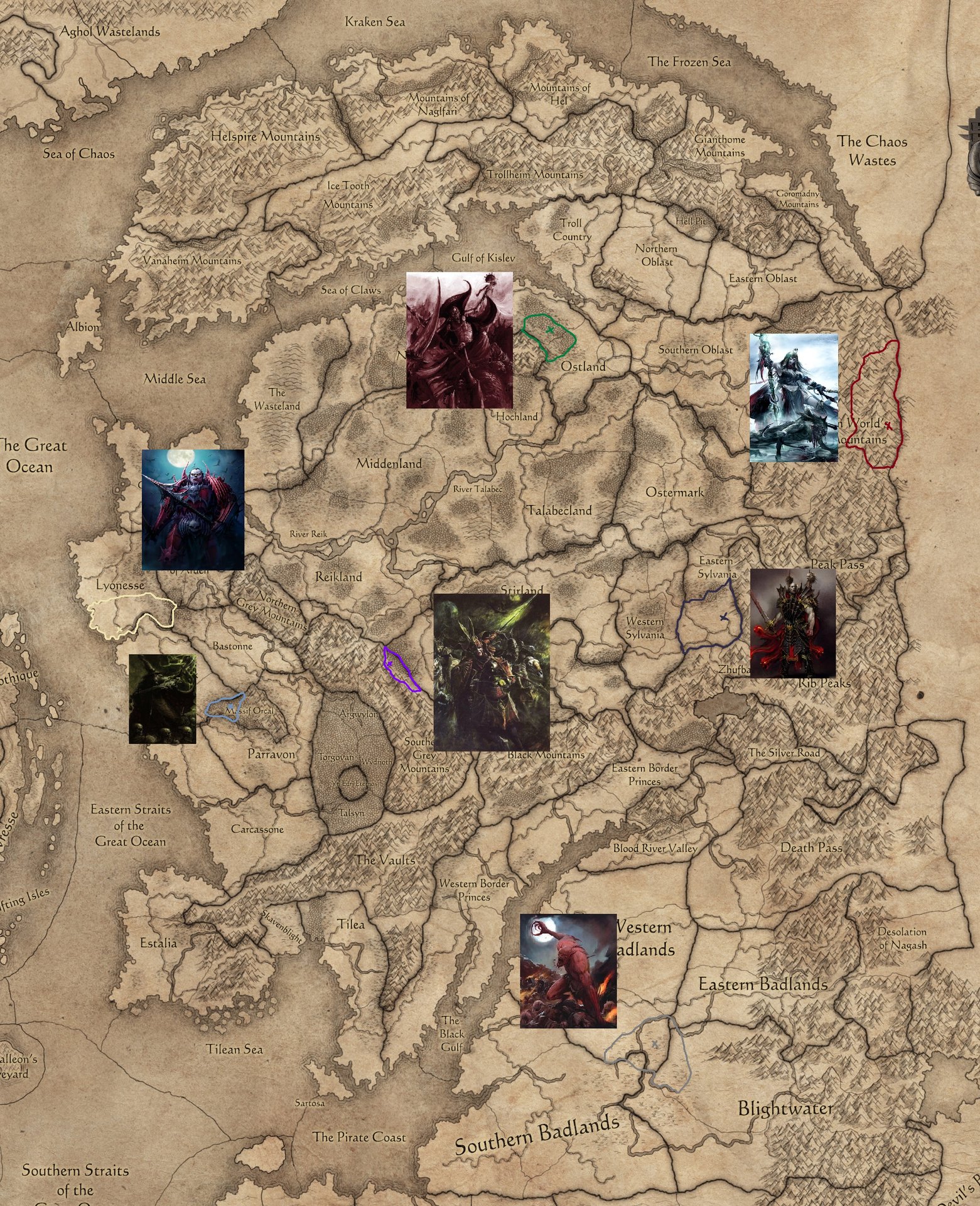 Zacharias the Everliving in the Forest of Shadows - flyer specialist(?, he is the only one other than Abhorash to assuage the thirst by taking dragon's blood and promptly got it as his mount)

Ushoran(or some other Strigoi) in Mourkain - monster specialist

Imagine Vampiretide but with this(or close to this) set up.
UNLEASH THE EVERCHARIOT
Flag 7 · 7Like
«12»