There's a bug in Skarsnik's Prodder Quest which prevents player from completing its 2nd battle - Skarsnik's Prodder (2). I've found similar threads dated back in December 2019, as well as those for a similar quest battle for Clan Angrund in roughly the same location.

Attempting to use teleport to complete the quest will result in freezing and crashing of the game. 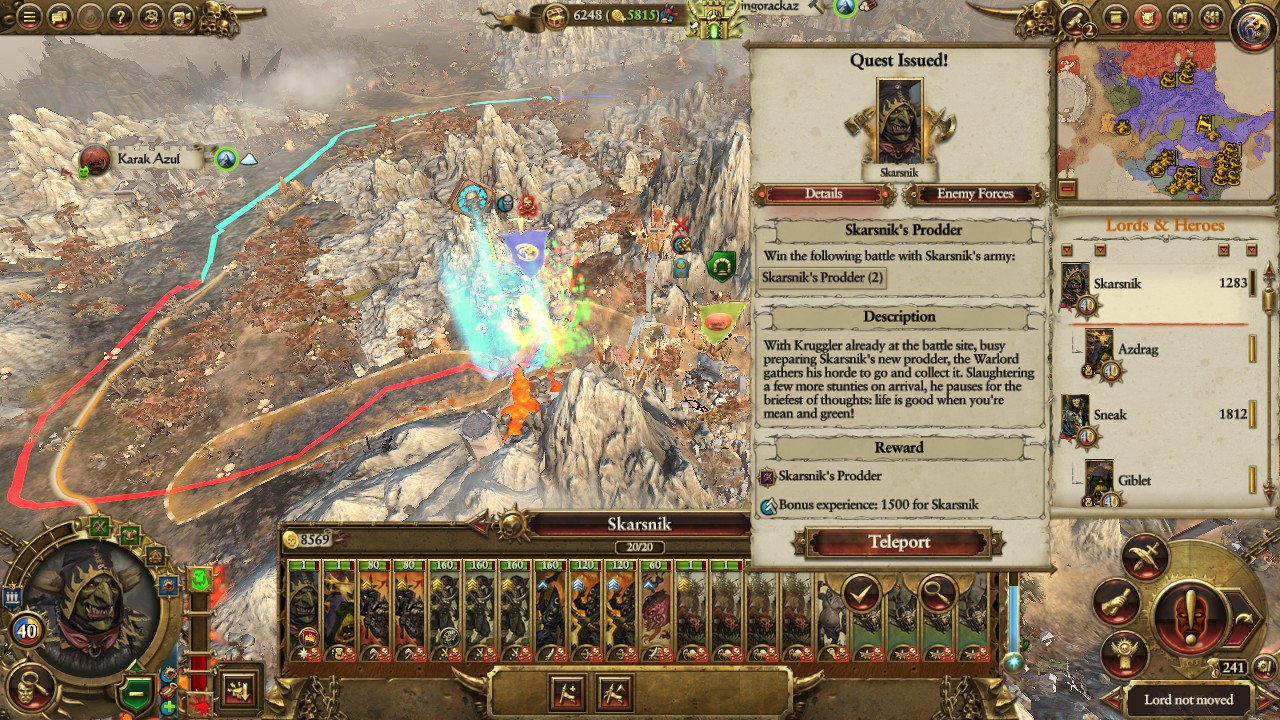 I've attached my save game for your reference. Please look into this, as well as the similar issue with Clan Angrund quest battle.