Mighty_Leader Junior MemberThe NetherlandsRegistered Users Posts: 2
March 2020 in Multiplayer Bugs
Whenever I and a friend start a co op campaign with no mods. the game crashes in a few turns.
First I thought it was the diplomacy screen in multiplayer campaign but then it happened also on the campaign map itself.

What happens is that after a few turns the game freezes in both my screen as well as my friend.
The message "waiting for other player" appears and then after a few minutes the host leaves the game because it lost connection. But we checked our network and it looks fine.
I think it has something to do with the desync. Before the latest patch we didnt problems.

Also a notice that when we try to create a new game it notifies an unspecified error.
anyone else encountering this? 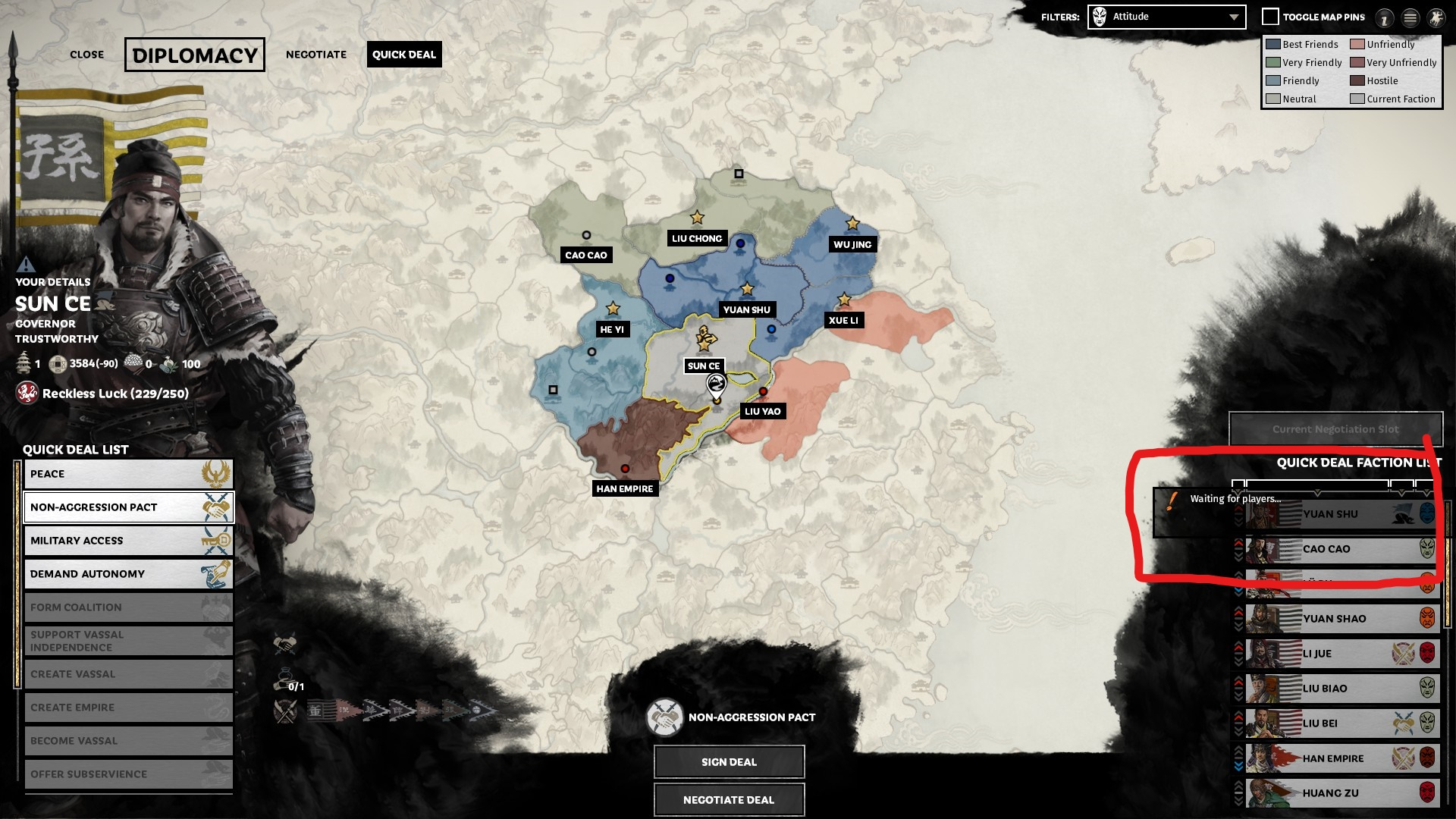 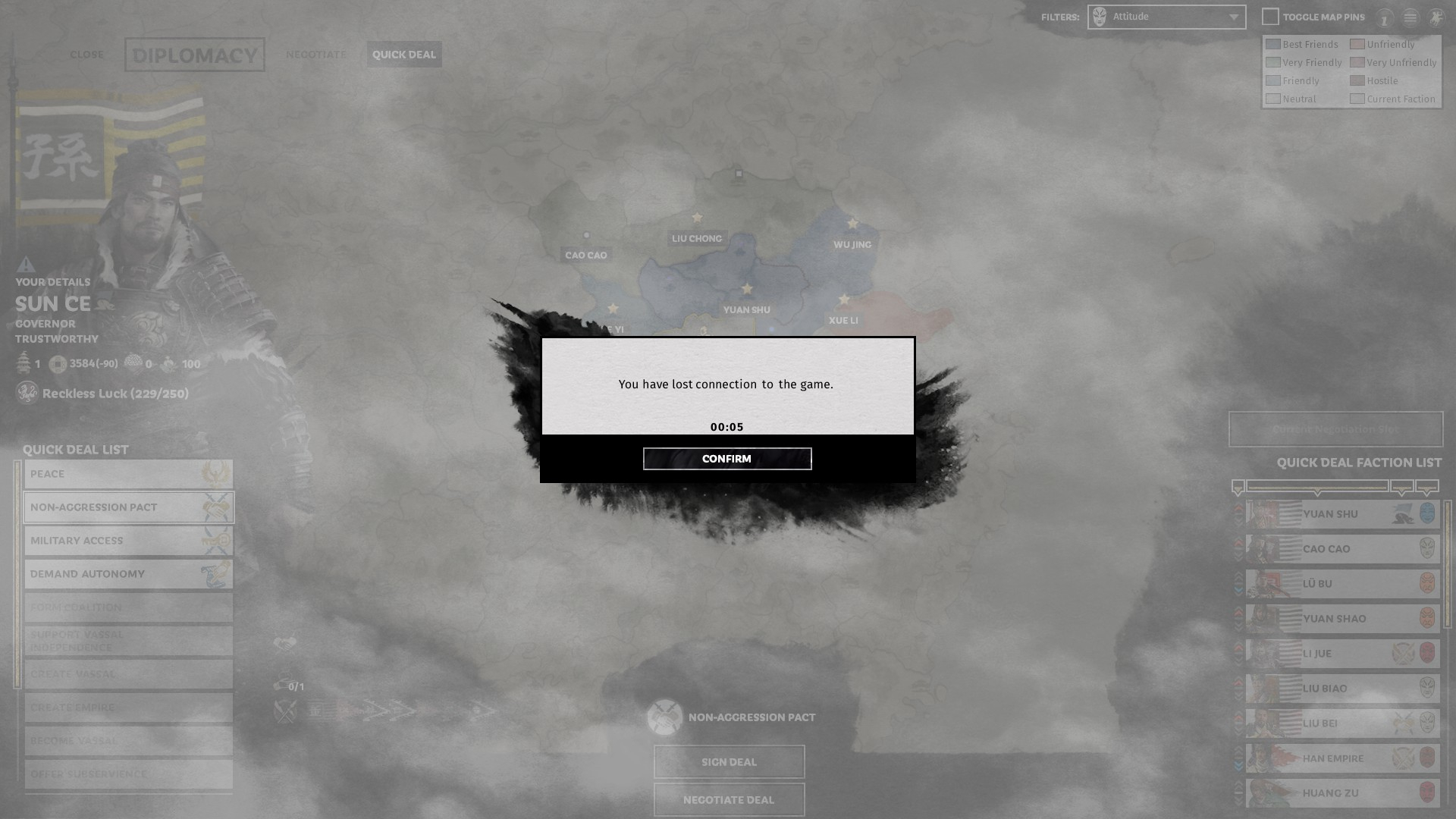