CartaMagna Junior MemberRegistered Users Posts: 12
April 26 in Gameplay Issues
At a certain point while playing through my WRE campaign, I had played through many turns, trying to get Divine Triumph. But then I noticed this when dealing with the ERE: 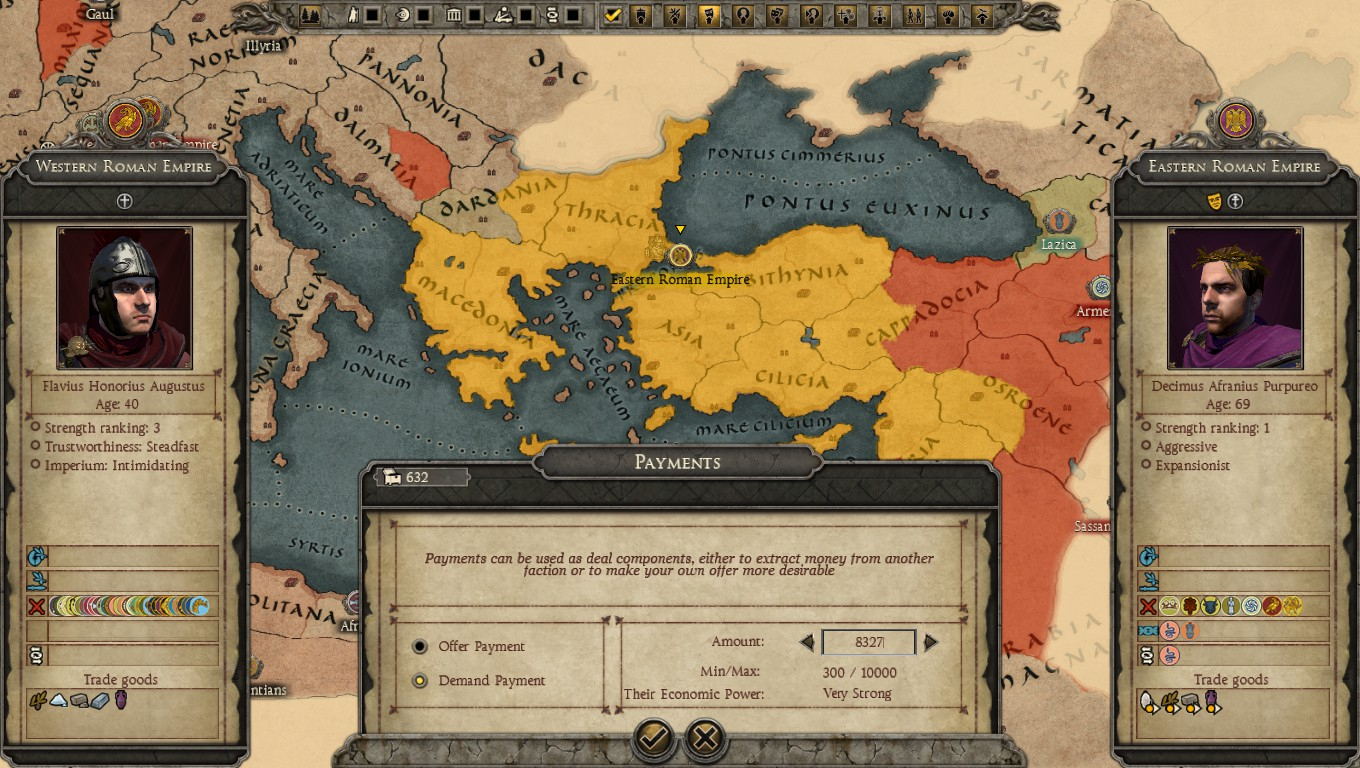 I thought, "Damn. He got pretty old." Then I keep playing the game and continuously notice the "turbulence" trait on ERE armies. The leader died almost every other turn and got replaced. This kept happening, but each successive leader was older than the last. It kept progressing until I finally had to take this screenshot: 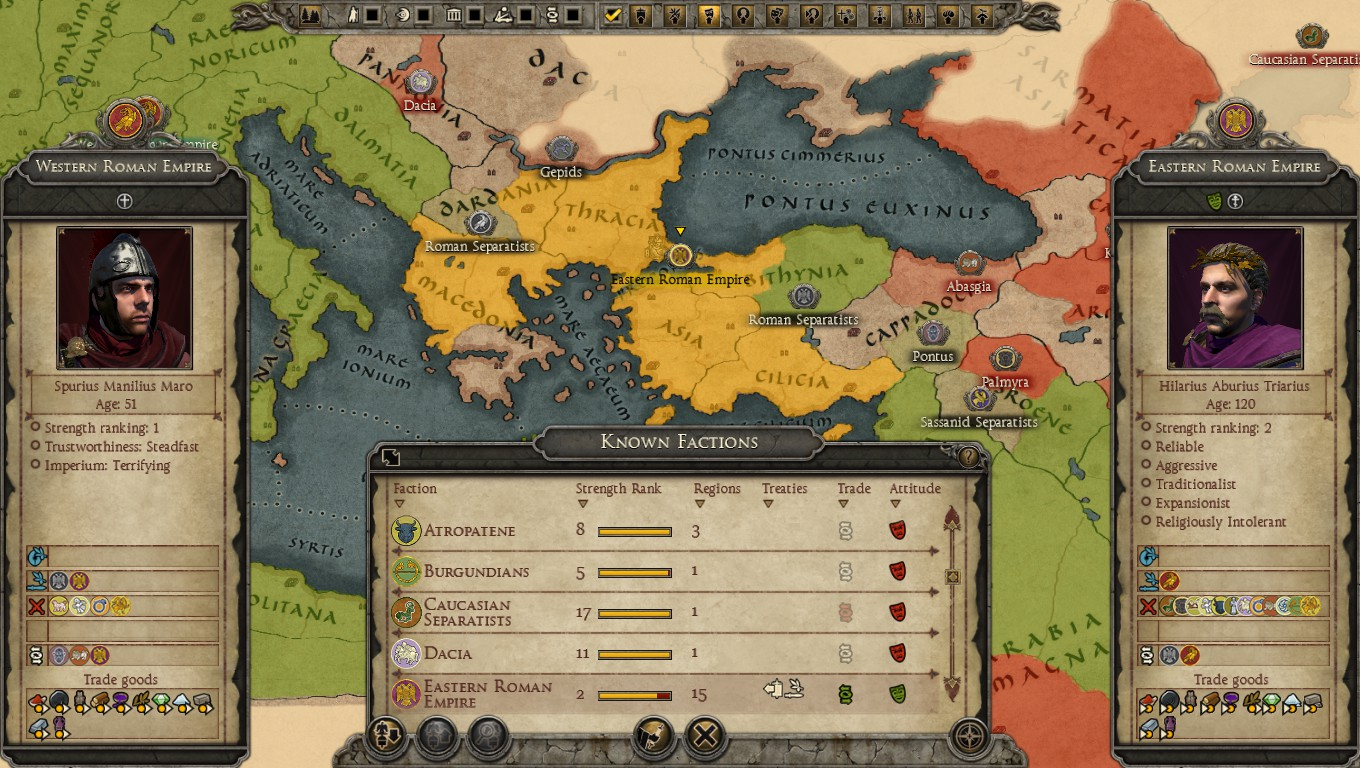 Yeah. You saw that right. This never ended. This was the last screenshot I took before giving up: 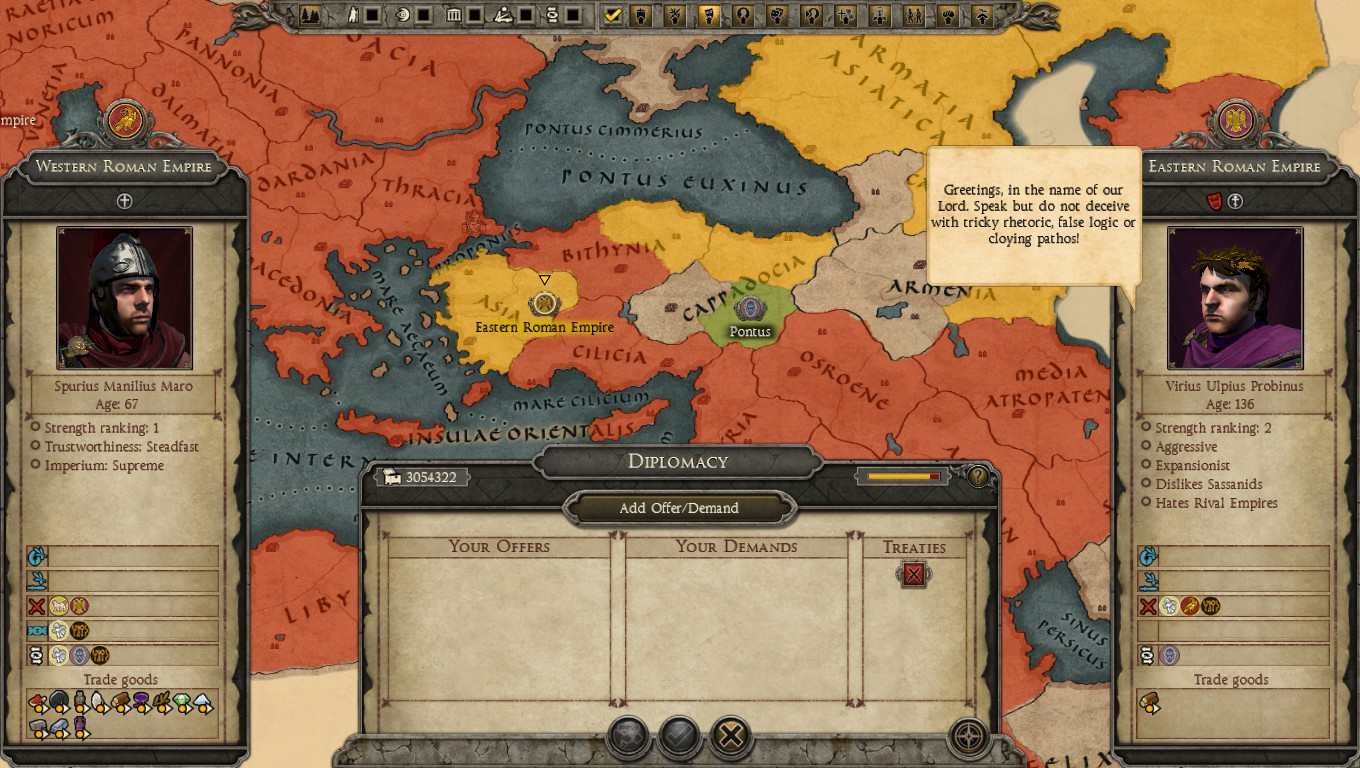 Eventually it got all the way up to (I think) 139 by the time I finished the game. What happened, first of all, and is this going to happen every time I play a faction other than ERE?
Tagged:
Flag 0 · Like
Sign In or Register to comment.