In short: Mod creators can not update their strarpos mods for 182 because of the new DLC/ update.

In length: I really love the total wars three kingdoms and was willing to pay the full price for the game and all the DLCs since it is the first time Chinese history was handled so well in details in the history of games. That said, as a history fan, "changing the history" in the game is one great fun.

Now, there is a MOD on Steam (name: 御驾亲征, literally "the emperor himself going to conquer" in Chinese) created by Alex Zhao that enables players to let emperor Liu Hong and his queen lead troops in 182 DLC (Mandate of Heaven) and on (of course only when players use Liu Hong's faction): 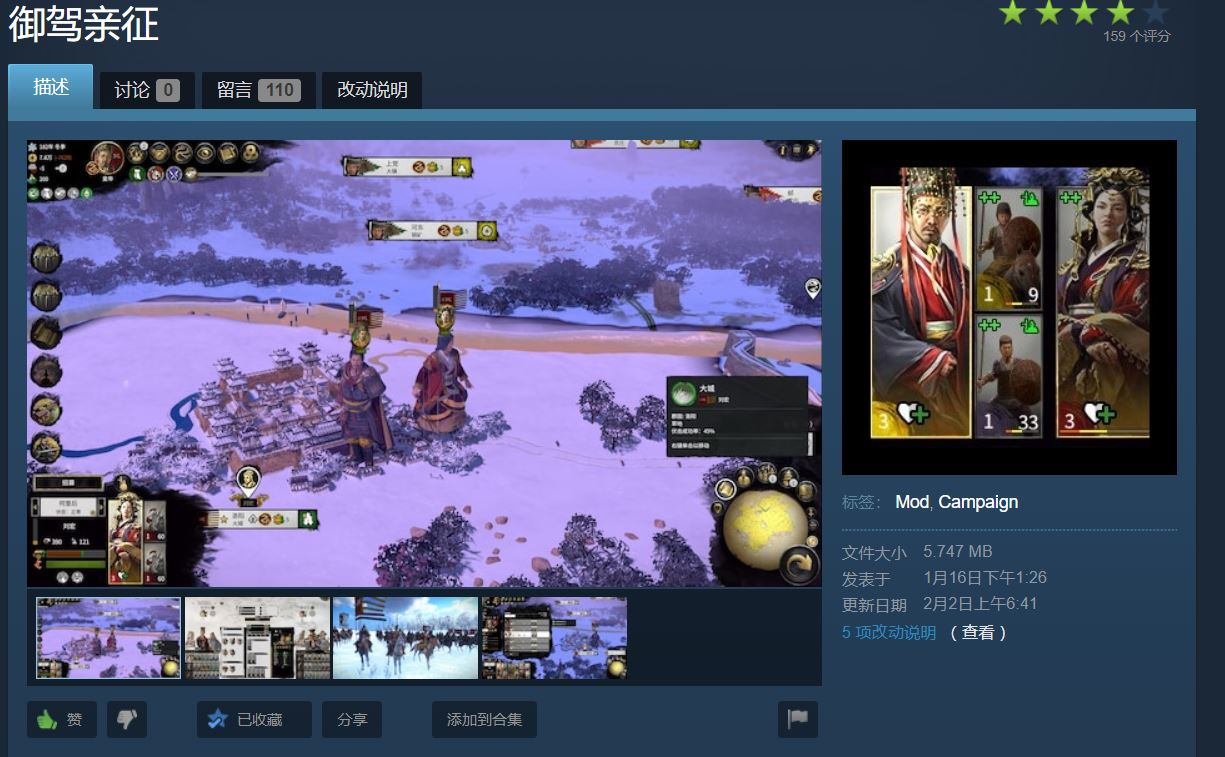 The MOD was great and with this MOD I could not stop playing my three kingdoms. Unfortunately, this mod can not use the new ranking system (updated in the World of Betrayal DLC, see the screenshot below), or lead to a crash-down as well as all kinds of bugs: 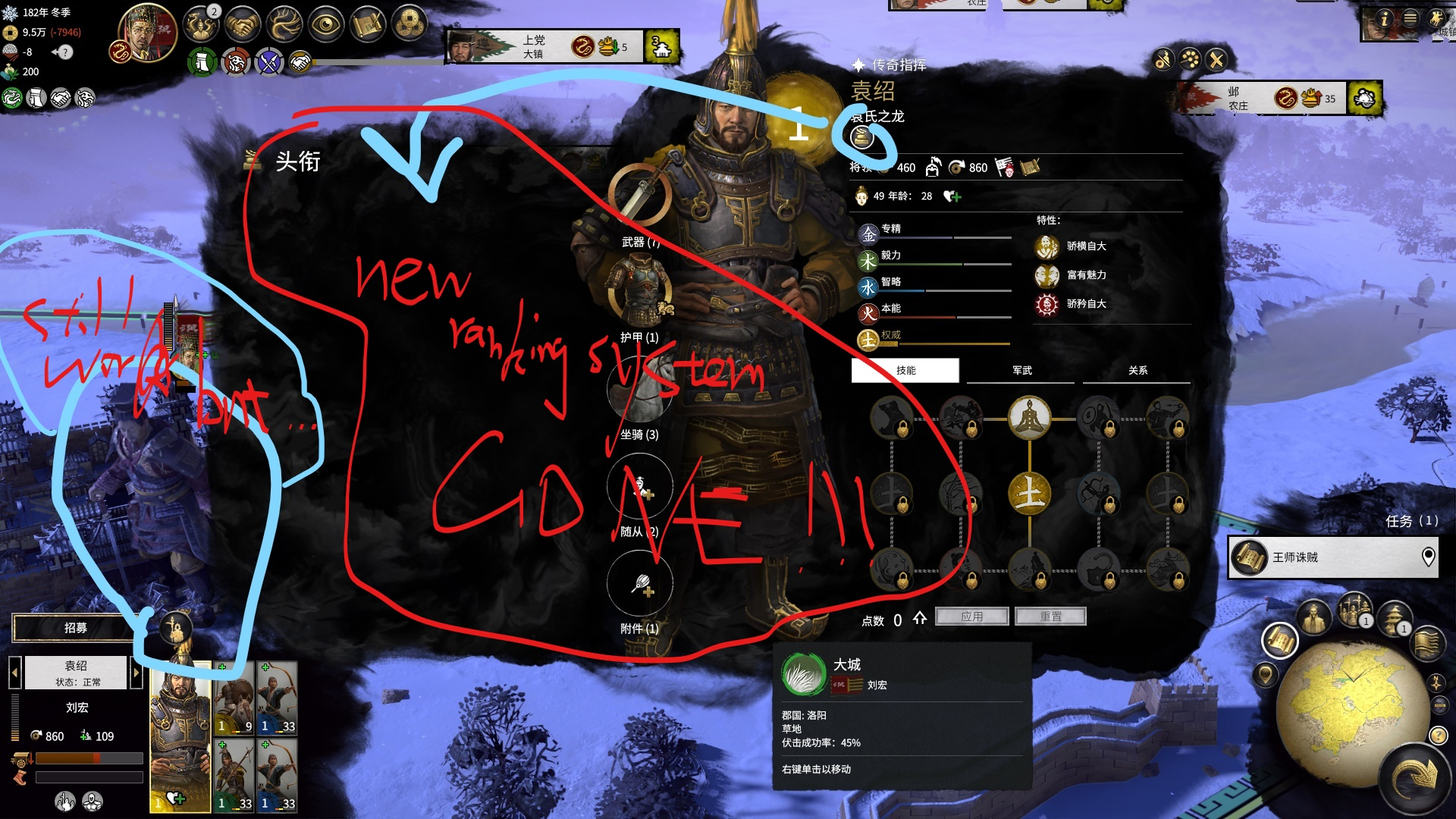 Why Alex Zhao did not update his MOD for 2 months? Well, I don't know how to make MODs but Alex Zhao said "There is a bug of assembly kit that it can't create 182 startspos, so I can't update this mod".

I mean, it is true that Liu Hong and his Queen did not lead troops in history but there were lots of times when empowers in China did, like the starter of the Han Dynasty Liu Bang and that of the East Han Dynasty Liu Xiu, big time savior in another time of chaos. Total War series is known for its anti-historical determinism: how many times in Total Wars the Romans actually survived the barbarians and the Germans hit the Huns back in players' hands? Being creative in a historically-restricted yet understandable way, I take, is all the fun in playing a Total War game.
I hope you could always be so professional and yet creative in the game design and sincerely wish you could fix this "assembly kit" problem for older DLCs.
Flag 1 · Disagree Agree