In my campaign as Grom, I had two armies with a waagh attached to each, about 4 turns left of the waagh.
I move my armies near a Skaven army (Clan Mors), who are in underpass stance, to attack it next turn.
However on Clan Mors' turn they used the underpass and I intercepted them.
In the resulting screen, my army was not involved at all, only the waagh of one of my armies was.
I then faught the resulting underpass battle and lost.
Post battle, the waagh was completey dead, and the parent army untouched. 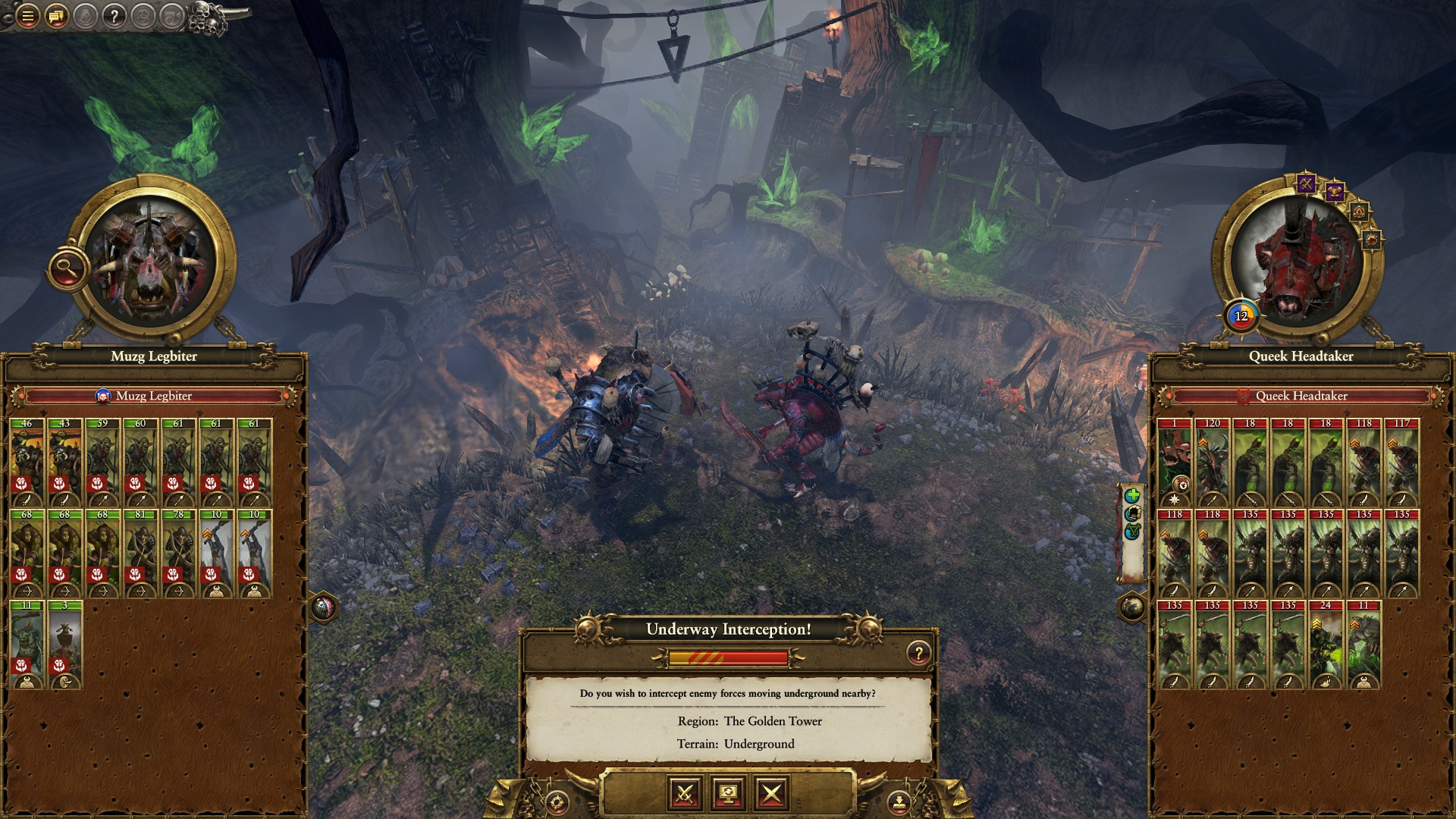