Itza and Hexoatl bug - No Rays of Light for ritual defense.

I have played several campaigns (VE and ME) as Lizardmen (Itza, Hexoatl, Cult of Sotek) and I always have this problem. When I get any of the two important capitals (Itza or Hexoatl), they appear as OCCUPIED. (See image)

As far as I know, this should only happen when you conquer a capital which originally belongs to a different race, but not when the capital in question belongs to a faction of your same race.

In this particular case, it is quite annoying because you don´t get the RAYS OF LIGHT projectiles in your towers for Ritual Defense, while the other main settlements have them.

1. Start a campaign with Itza (for example).
2. Conquer/capture Hexoatl
3. It appears as OCCUPIED version. (Should only happen if I play a race other than Lizardmen) 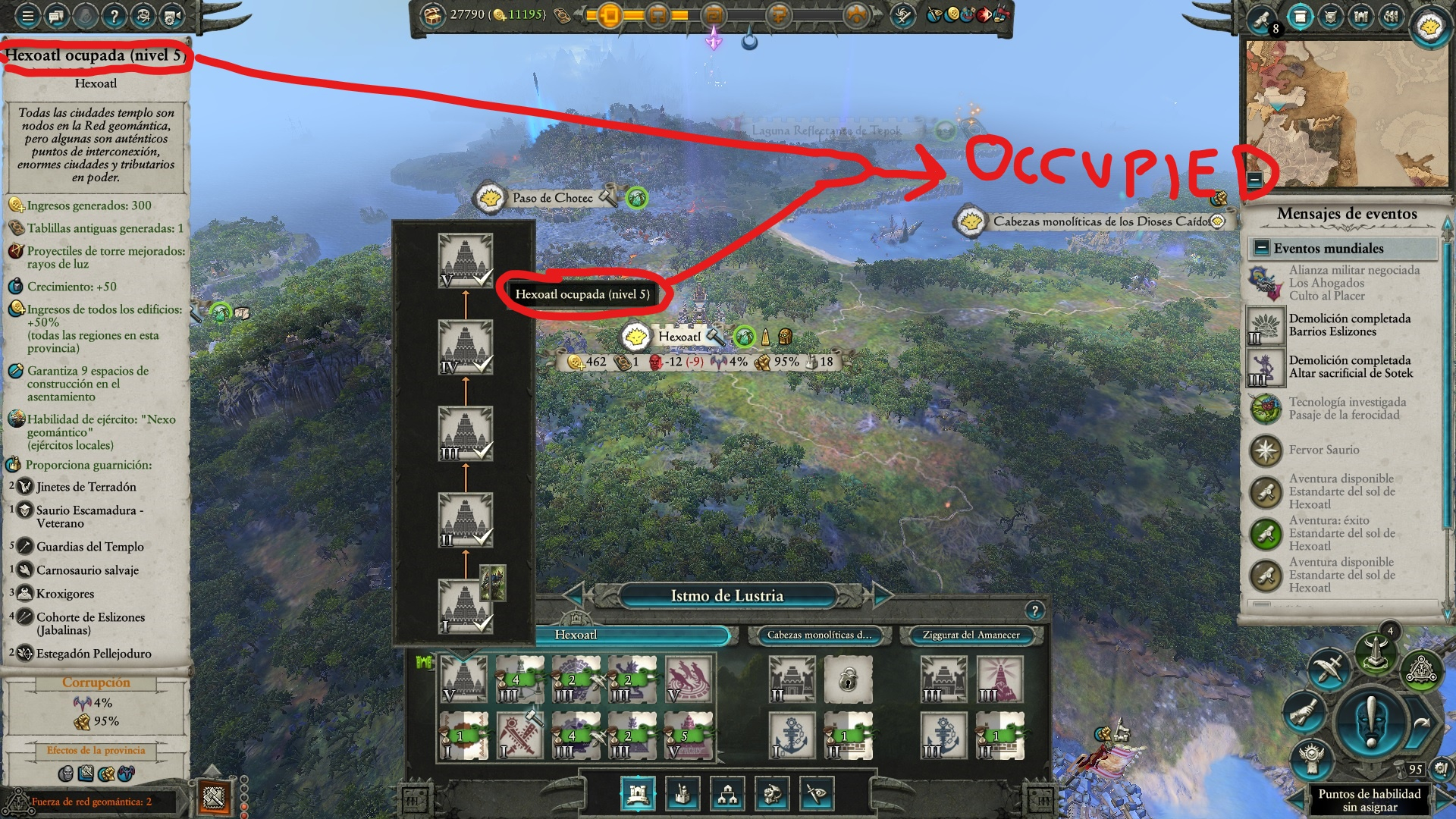