SunlightStylus Registered Users Posts: 12
June 22 in Campaign & Battle Bugs
When playing as Avelorn, I noticed that I was not getting the +2 recruit rank from my lumberyard building even though it says in the building panel that it buffs silverin guard. I also noticed that silverin guard do not have a technology that improved recruit rank. I believe that it the most likely place to place them was in "Militia Training" technology (pictured) as that buffs all other units from their building tree except sea guard which have their own tech. Rangers also do not have a resource building associated with them but I don't know if that's a bug or intentional (I've checked the furs, timber, gems, wine and iron buildings). I've attached a save from when the below pictures were taken. 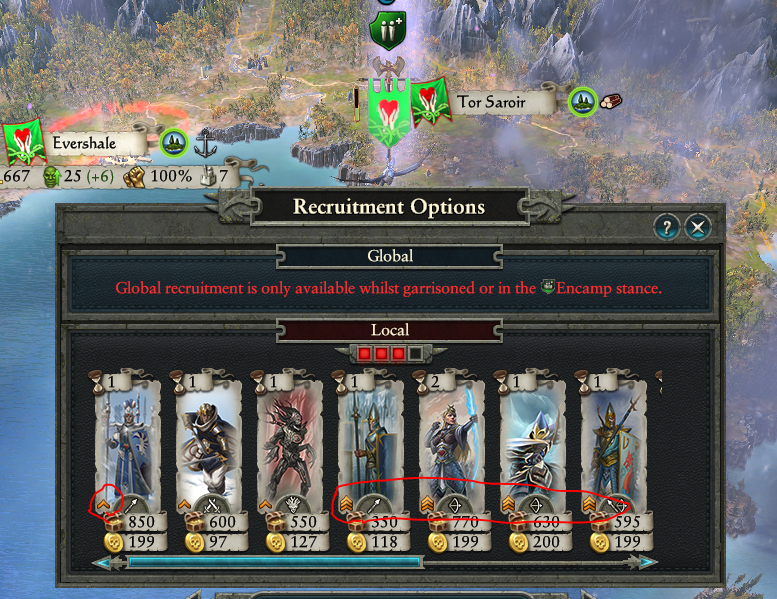 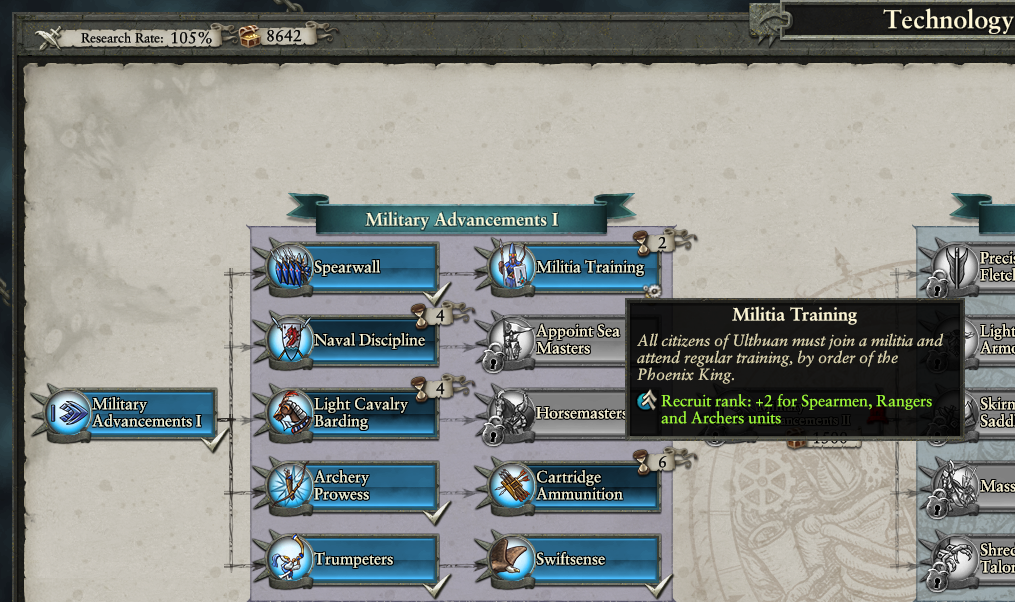