Draakvanhetzuide Registered Users Posts: 2
August 2020 in Campaign & Battle Bugs
I have conquered the whole of china with Cao Cao but can't end the campaign. I have conquered all of the emperor seats and vassalised every other faction. 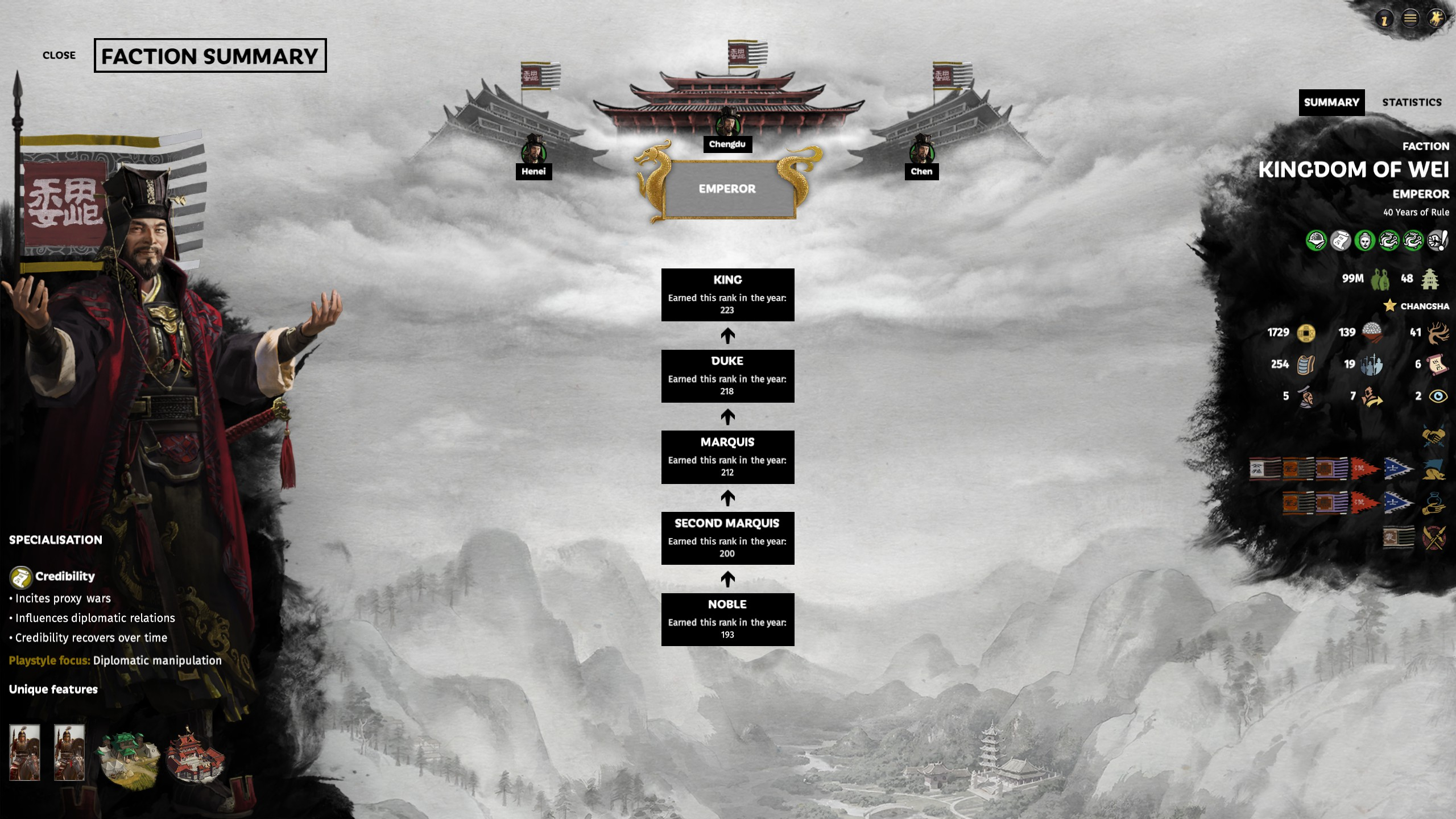 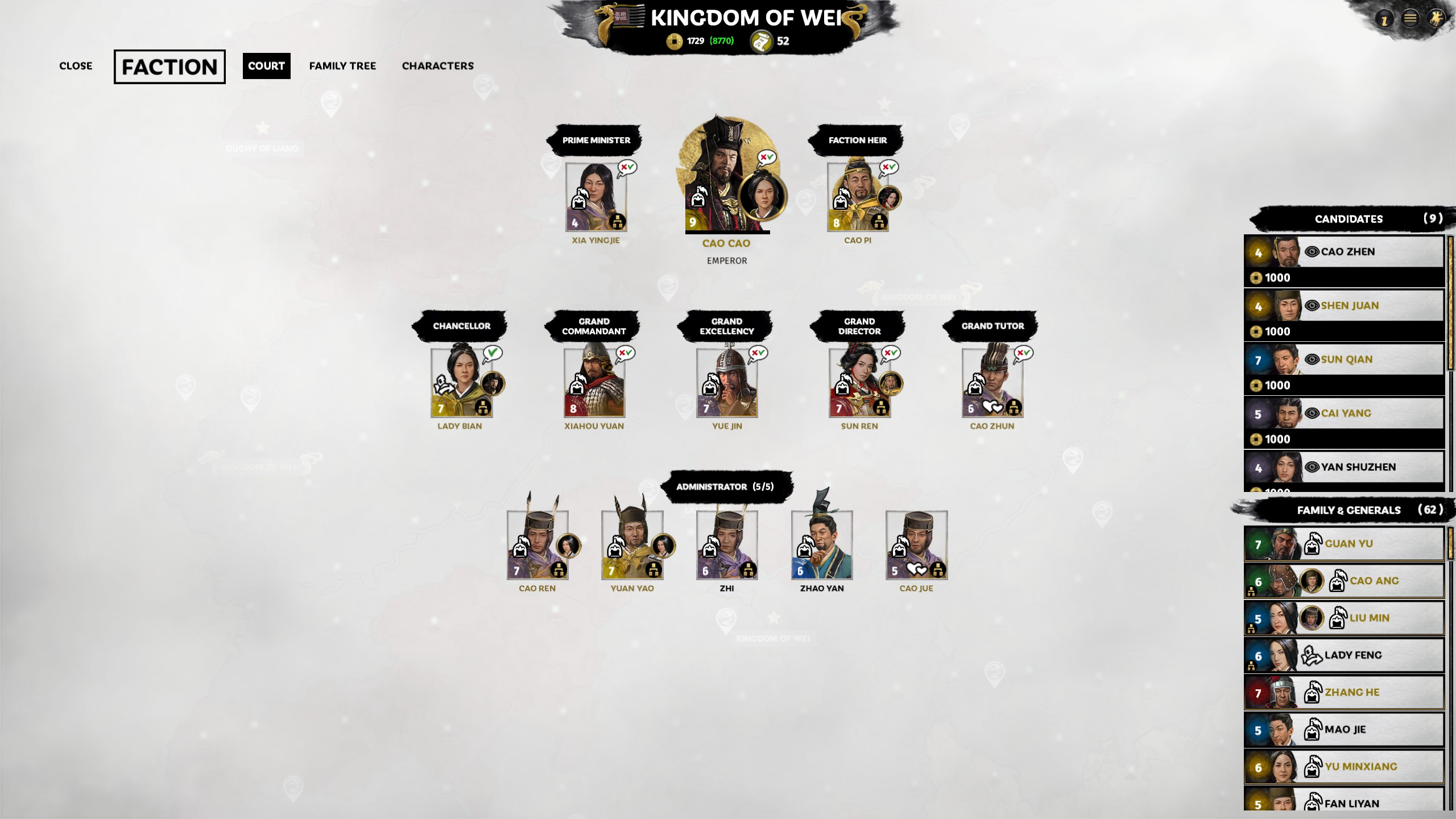 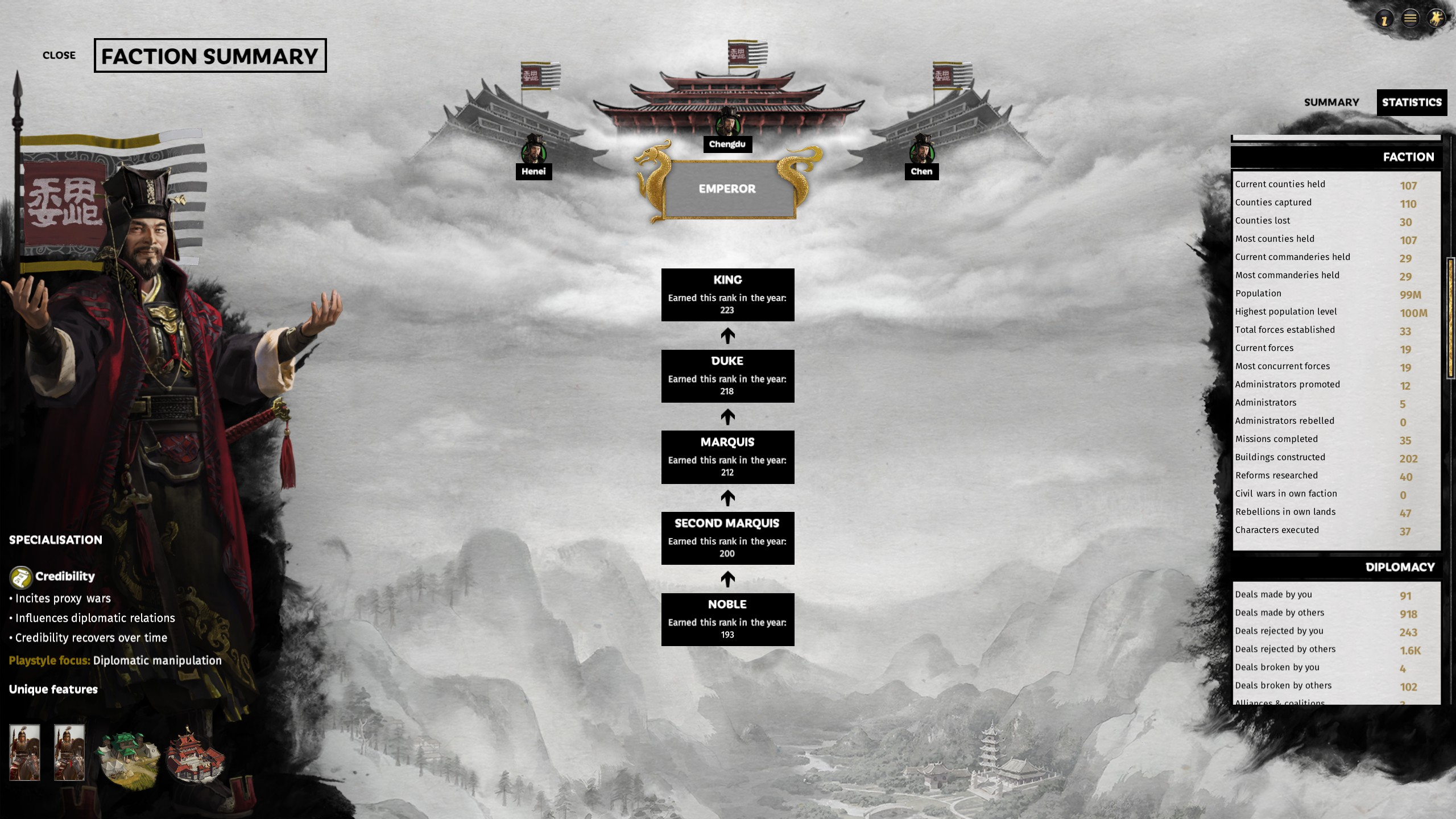 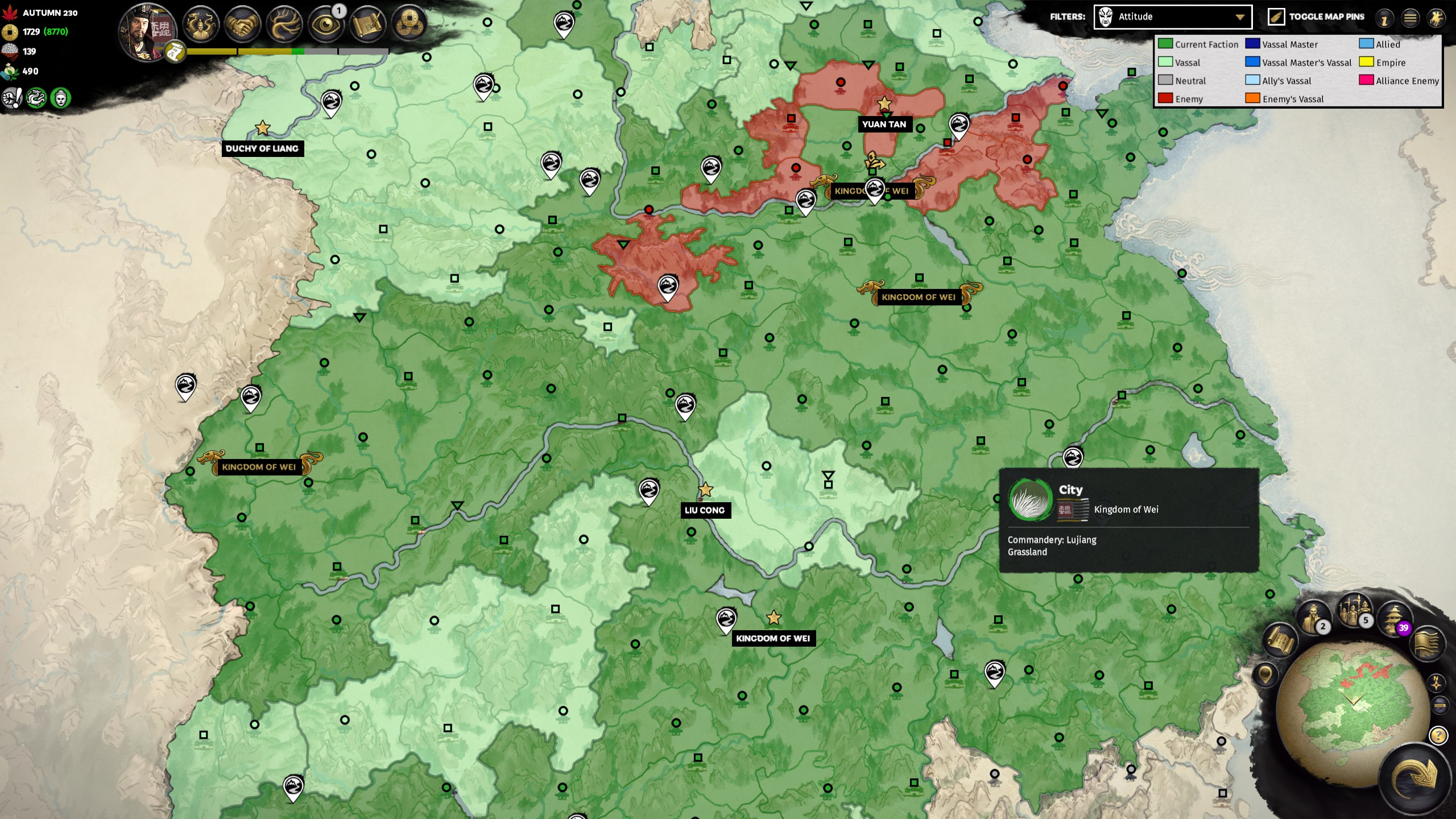 In this campaign I also had a court bug where I couldn't assign anyone to my court. Either I only saw my courtiers/ministers and couldn't select them or I only saw my heir on every position. This bug, however, has been fixed since the last two patches I think.