Daydreaming about Guandu DLC. Why BROTHERHOOD could be a good them for the DLC.

Ostubaf_Catto Registered Users Posts: 138
August 23 in General Discussion
After the announcement of long-awaited Nanman DLC, Wild Furious, and the hype around it start to start clam down a bit, I'm once again back for more daydreaming content for TW:3K. This time I want to talk about the theme for Guandu DLC. For us 3K fans, we might notice that in every Chapter Pack's trailer, name and other stuff, there will be a core theme for each DLC to tie all the narrative of every major faction together into one package and CA has done a wonderful to depict the theme of each chapter through trailer's cinematography, narration and music.

So what should be the theme for Guandu DLC?

I have spoken about this topic with my friends in Serious Trivia discord and because of that I want to share our thought in this matter (Thank you, Gaz for allowing me to write a post about this) and in the end our answer is BROTHERHOOD.

How can "Brotherhood" tie the narrative of Guandu DLC?

Many of you might wonder how the theme of "Brotherhood" fit with the Guandu narrative. Should not we focus around Yuan Shao's succession crisis and Cao Cao's ambition of reuniting China? Yes, that would be sufficient to tie narrative of Cao Cao and Yuan Shao but with Brotherhood, we can tie the major factions (Yuan Shao, Wei, Wu, Shu) with Guandu in one go. By exploring the relationship of different characters, we will be able to see that brotherly bond can be a strong theme.

The Broken Brotherhood: the end of an old friendship - Cao Cao and Yuan Shao. 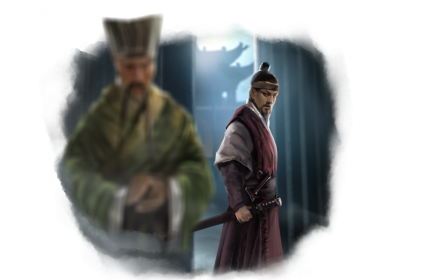 Cao Cao and Yuan Shao started since they were young. They served Han with loyalty, and when the tyrant Dong Zhuo rose to power, they fight the tyranny side by side. However, on one faithful day at Battle of Xingyang, their relationship went sour. Because of that, they chose on a different path. However, their ambition now led them to meet again on the battlefield. An old friend turns enemy. This is the Broken Brotherhood.

The Untrusting Brotherhood: when brothers turn against each other - Yuan Tan, Yuan Xi and Yuan Shang. 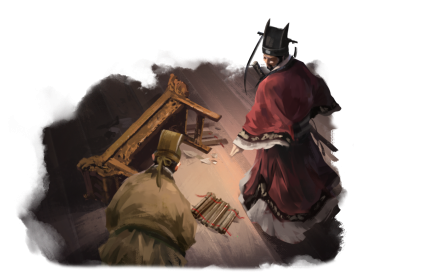 Though they shared the same bloodline, Yuan Tan, Yuan Xi and Yuan Shang seemed to be unable to cooperate. These 3 brothers all had a hidden ambition of their own. This might be because of the Yuan Shao's favouritism that made these 3 brothers be wary of each other or maybe this was a curse of Yuan family that someday will doom this bloodline. Brothers turn against each other. This is the Untrusting Brotherhood. 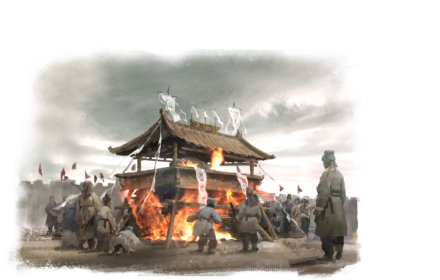 Sun Ce had died. Sun Clan once again lost its leader. As a brother of the little conqueror, Sun Quan must carry on the torch. However, young and naive Sun Quan might not be able to bear the burden of the legacy that his brother passed to him. Zhou Yu, the sworn brother of Sun Ce, must guide young Sun Quan to his greatness for someday Sun Quan can realise his brother ambition. That was what Zhou Yu promised Sun Ce. The brotherly bond that goes beyond death is the Lasting Brotherhood.

The Eternal Brotherhood: the incorruptible bond that echoes throughout the land - Liu Bei, Guan Yu and Zhang Fei. 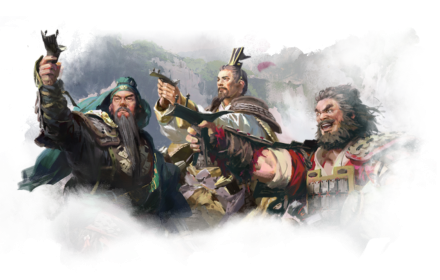 It had been 16 years since the Oath of the Peach Garden, The three brothers were isolated in this world of chaos. Unbeknownst to them, heaven had a plan for them. Guan Yu now served under Cao Cao. Liu Bei was with Yuan Shao. Zhang Fei wandered the land to seek hideout. Three departed brothers only wished that someday they would reunite once again. No matter how far, no matter how long. They will meet again. The bond that can't be broken by distance and time. This is the Eternal Brotherhood.

As you can see "Brotherhood" can be a very powerful theme to play around with this DLC. All the drama is there. It ties every major character with the same drive.

I do not say that this is the only theme to make the DLC but since CA love to pull something unexpected from ROTK and makes it into the main theme in AWB, I would love to see CA do it again. This is just my interpretation of the Guandu.

I really wish you enjoy our idea. I would love to read your command and opinion. Thank you for reading. See you next post.
Flag 7 · 7Like
«12»