Detailed description:
I am having a repeated issue playing Total War: Warhammer 2 in a co-op multiplayer campaign game. We are playing the high elves in the eye of the vortex campaign and we have tried a fresh start for the second time. I am playing Averlorn, while my mate is playing Eataine. He does not have "The Queen & The Crone" DLC. Things worked fine until turn 27, which is about the same point as last time that the resync's are happening.

Interestingly, it is the same point at which the Hellabron decides to start her war against me and move to launch a story driven attack. The re-sync's always happen post the AI's turn so I suspect it must be an AI sync issue caused by the difference in DLCs.


I have noted that other people have complained of the same issue in this forum but have not been responded, even though they posted over a fortnight ago. I posted this as a new issue, as the OP did not supply the things you list as requirements and I didn't want this to get lost. The same issue has affected a lot of other people and it seems to be getting worse without a definitive fix; see:


Reproduction Steps:
I have managed (unwillingly) to reproduce this twice. Playing a coop high elf campaign with one player using Averlorn and then other Eataine - the player playing Eataine should not have "The Queen & The Crone" DLC installed.
Wait for turn ~27 to roll around and the AI will de-sync during the AI's turn.


1) I have tried sending my friend my save files manually,

2) Reinstalling all of the .pack files,

As was suggested in the linked discussion. None have had any success. The re-syncs happen every turn and it is making the game near unplayable.

I have tried including two multiplayer save files but it says that that file format is not allowed!!!! 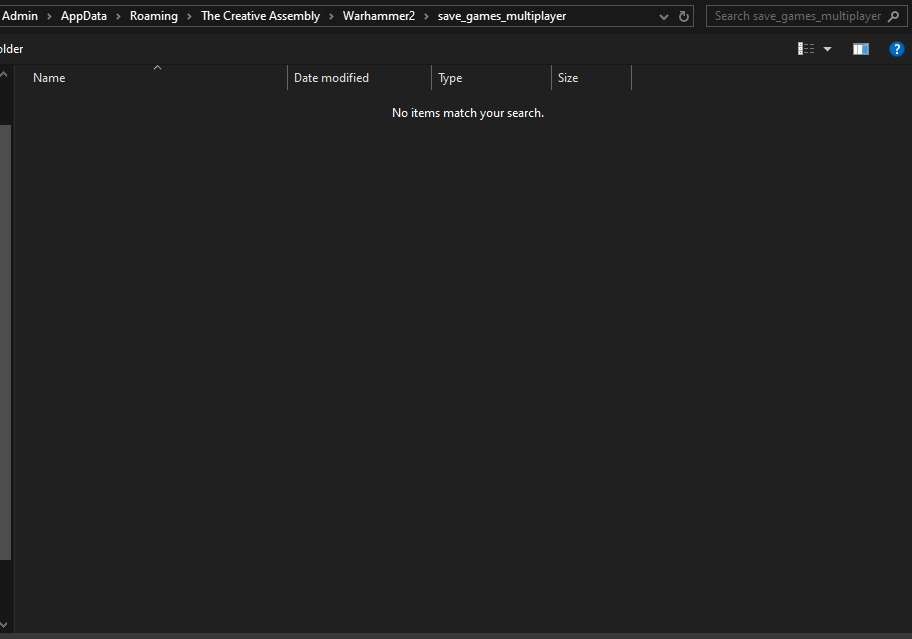 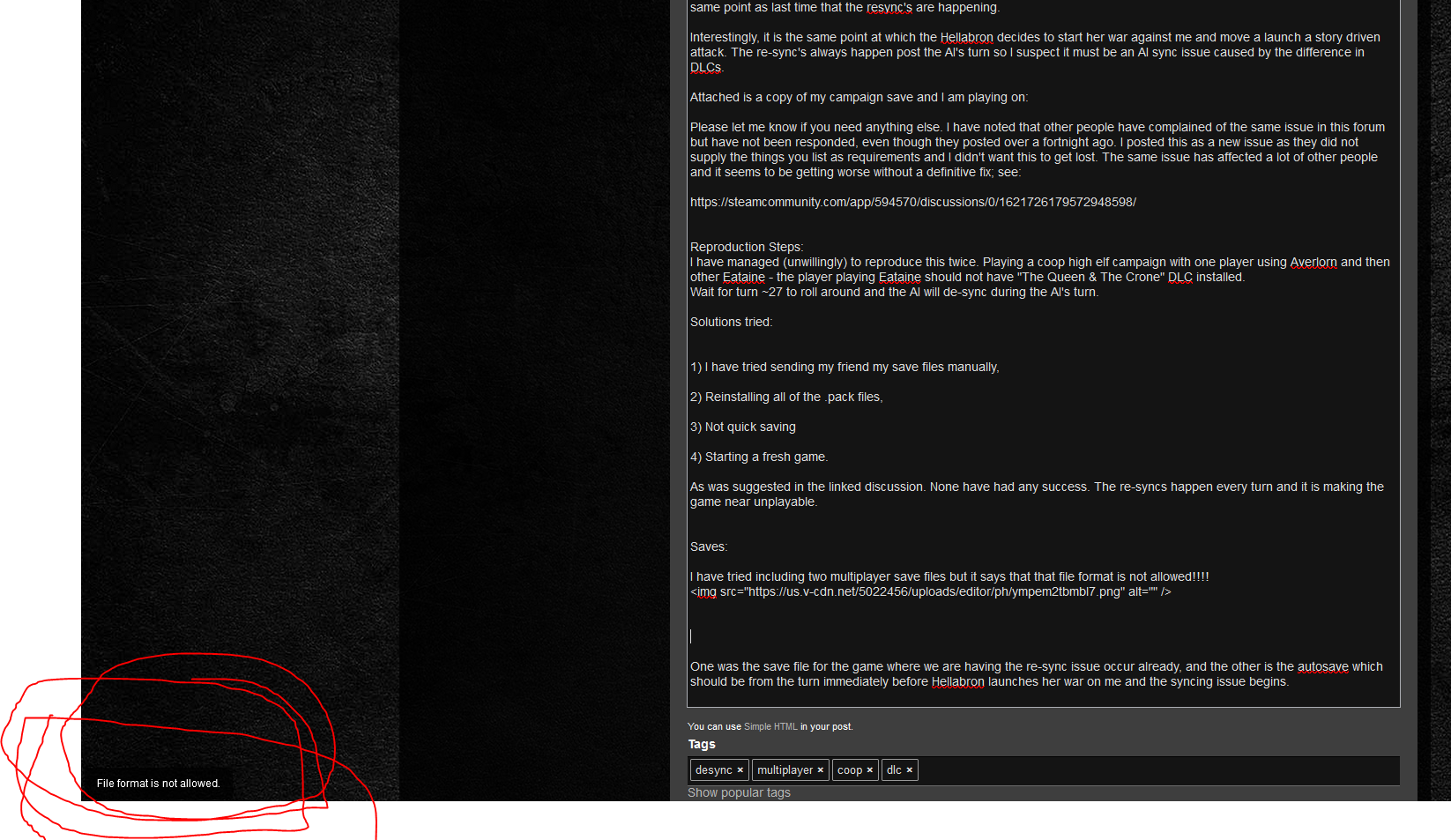 If you supply me with a way to send you these files I would happily do so!!! One was the save file for the game where we are having the re-sync issue occur already, and the other is the autosave which should be from the turn immediately before Hellabron launches her war on me and the syncing issue begins. I also have the resync.save_multiplayer file if you would like it.