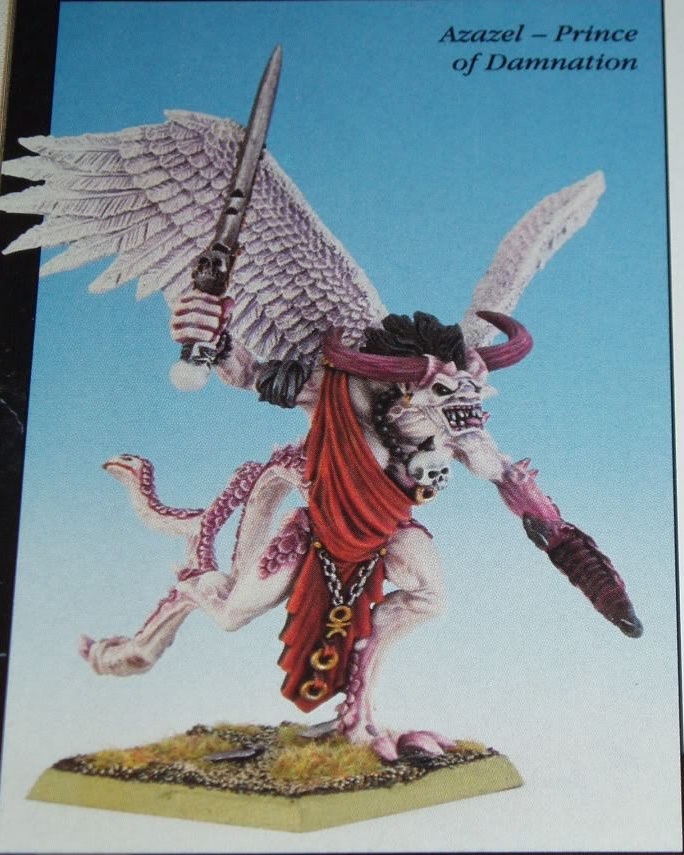 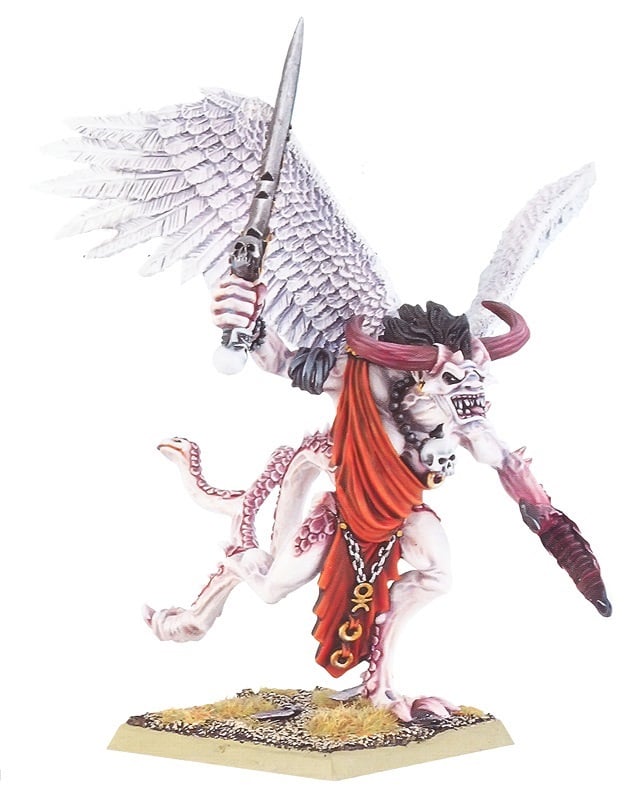 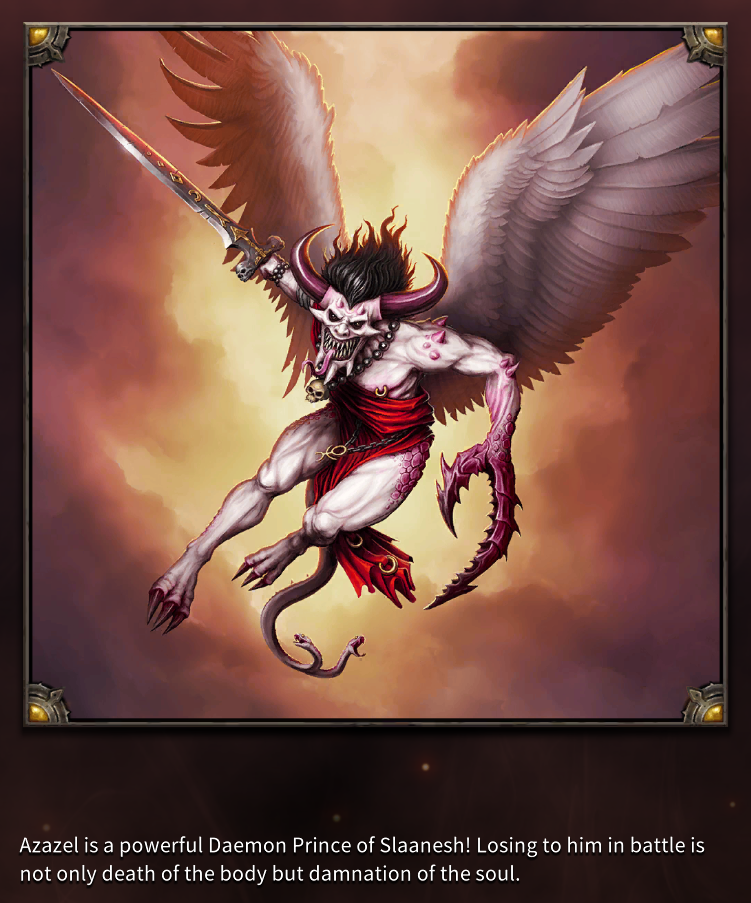 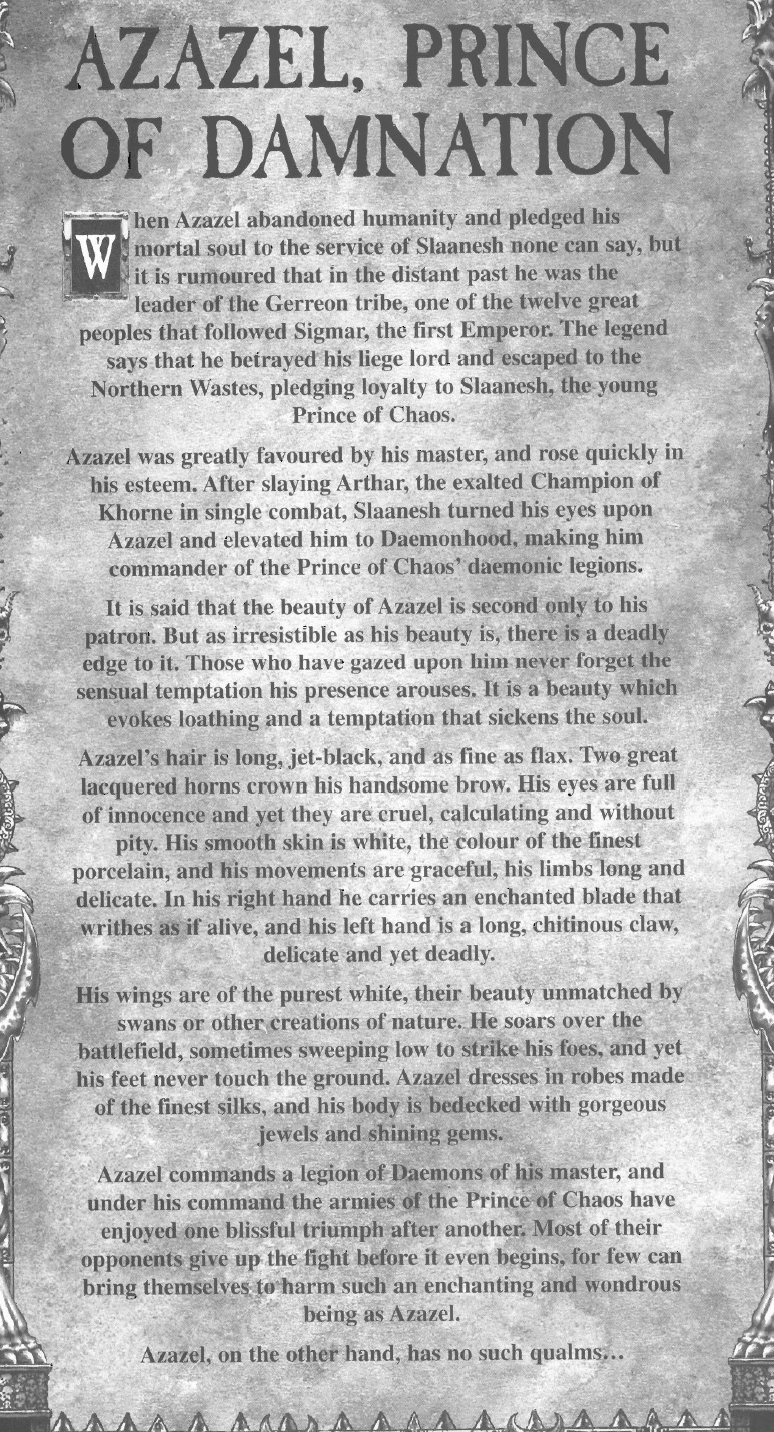 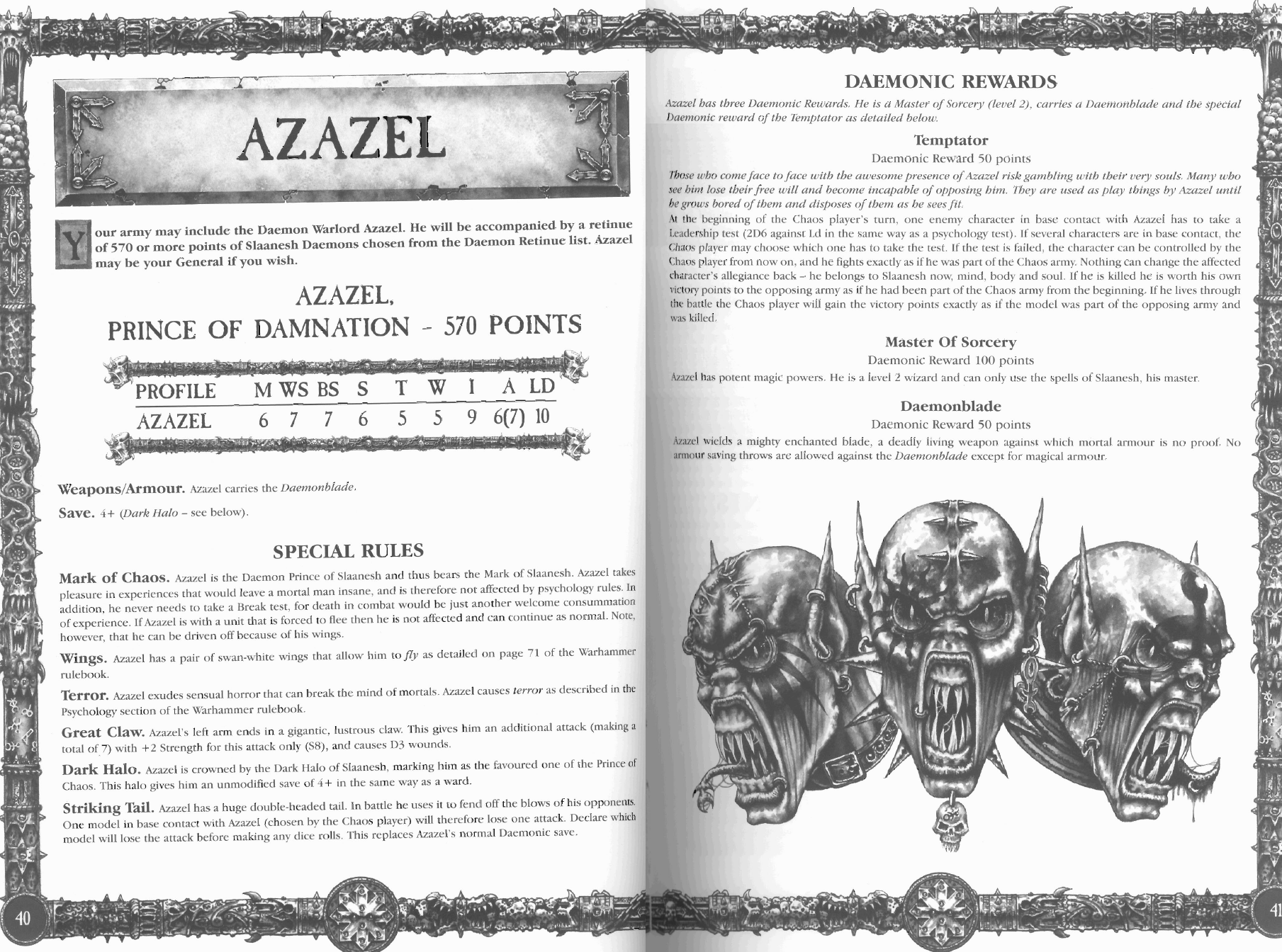 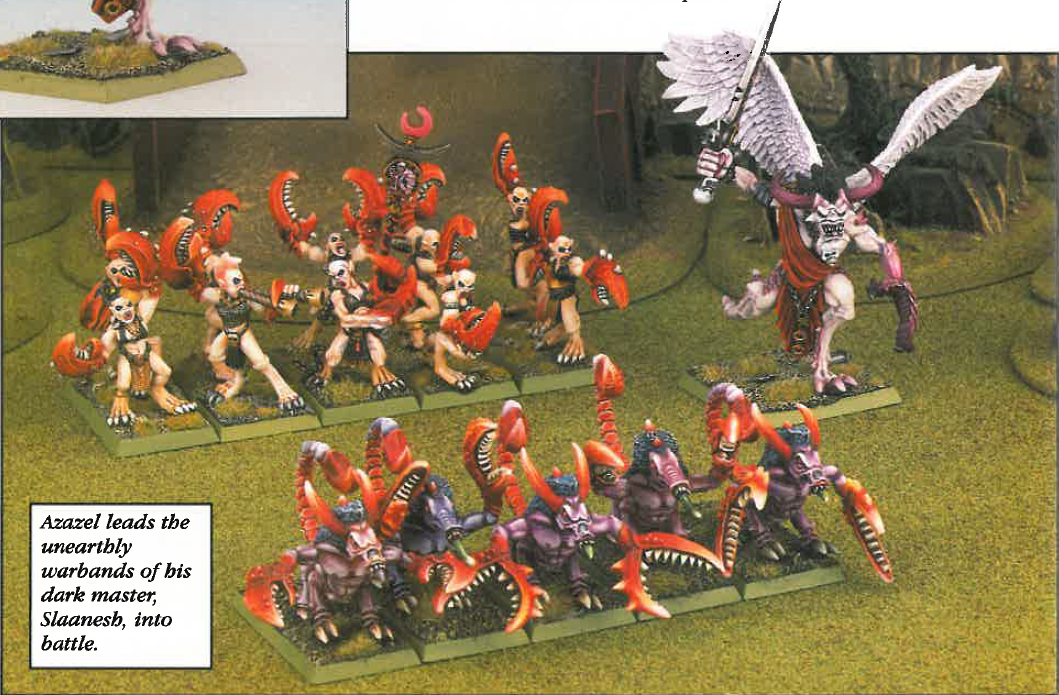 
Azazel was covered with 6th edition rules through GW homepage, or Citadel Journal#50. 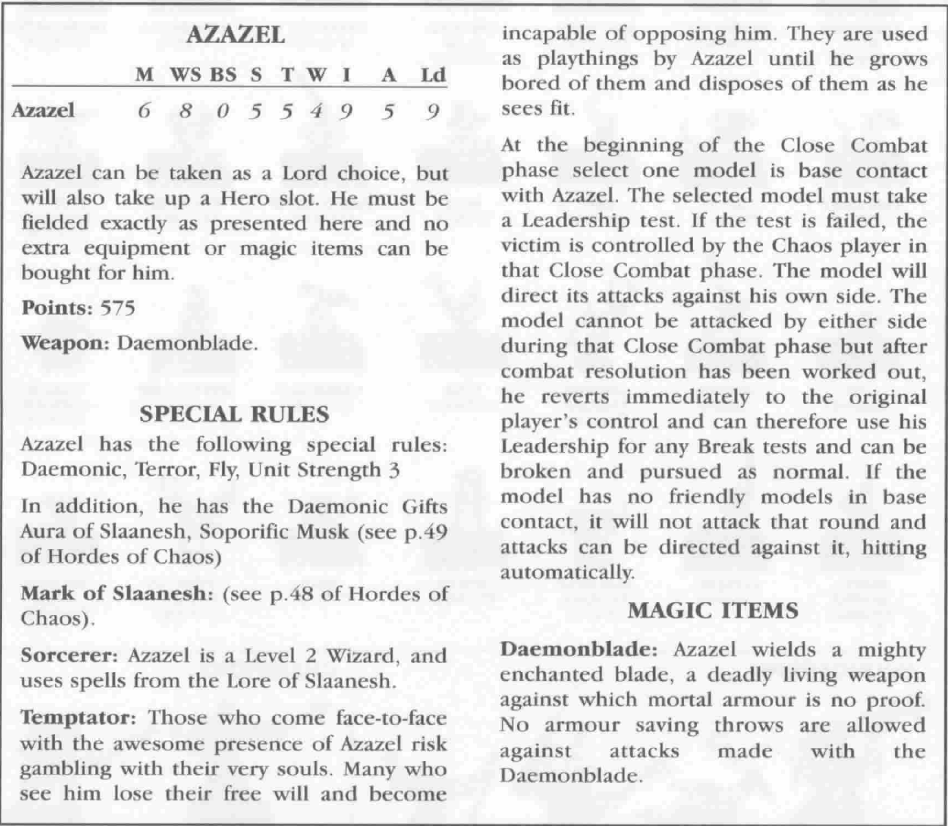 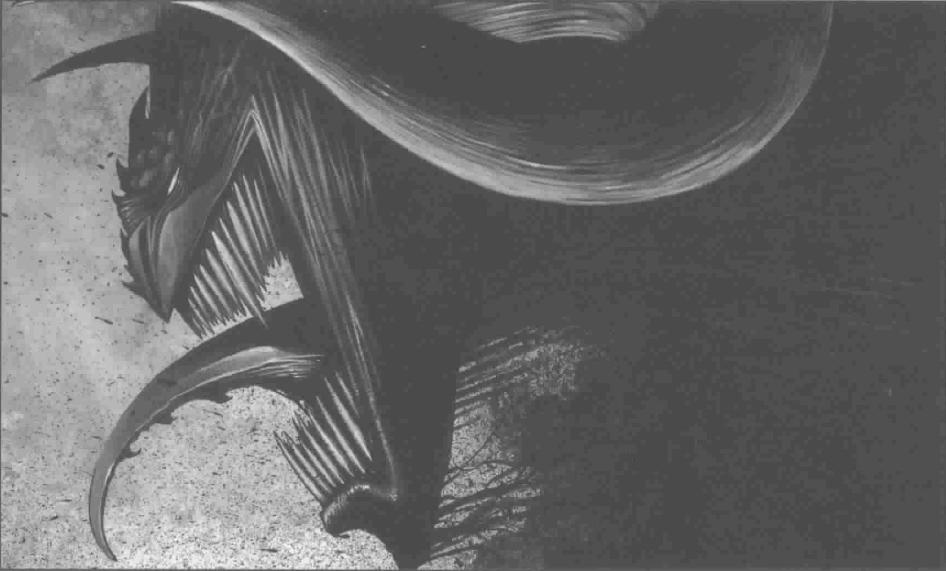 And he also had two pages in the Liber Chaotica Slaanesh 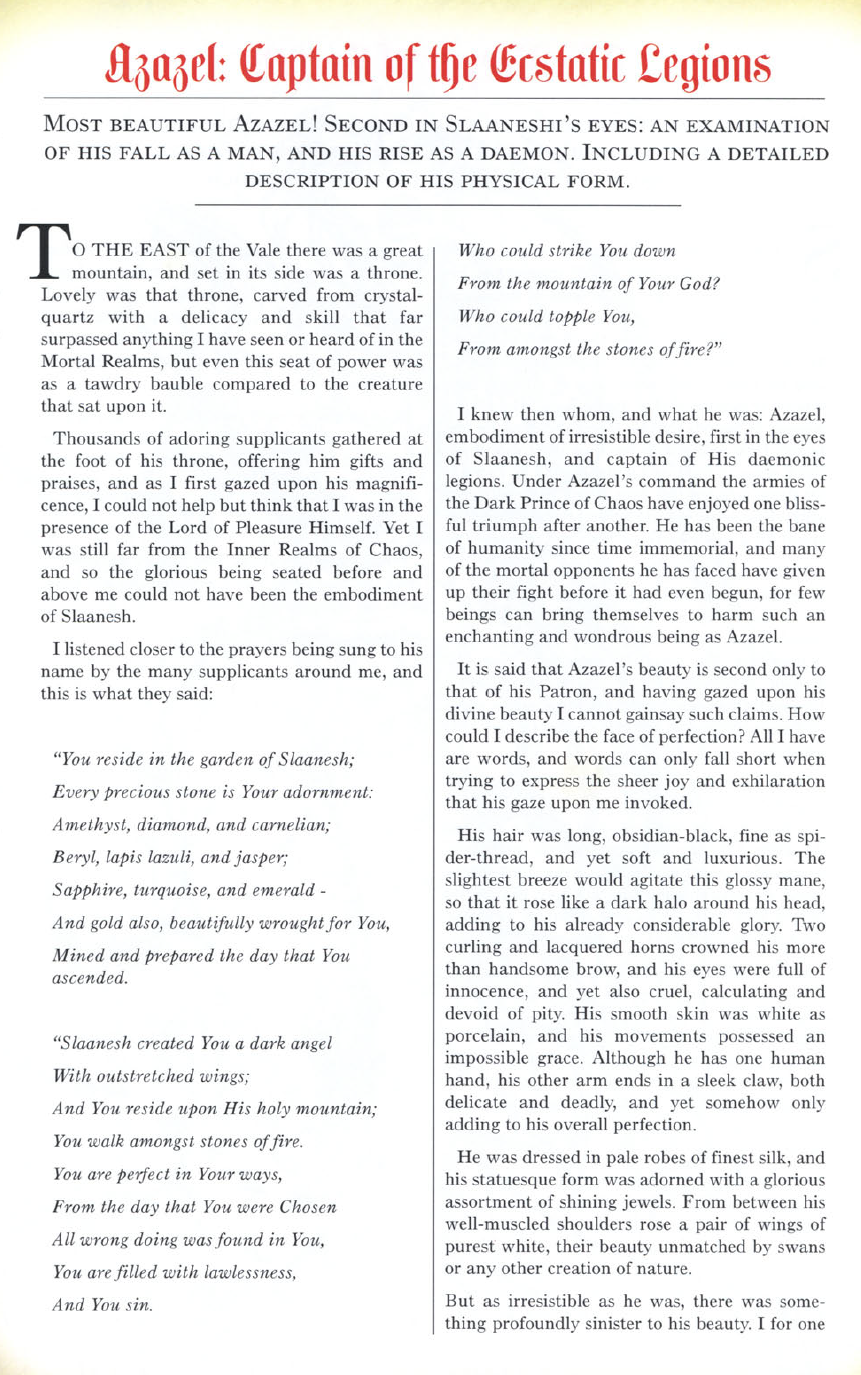 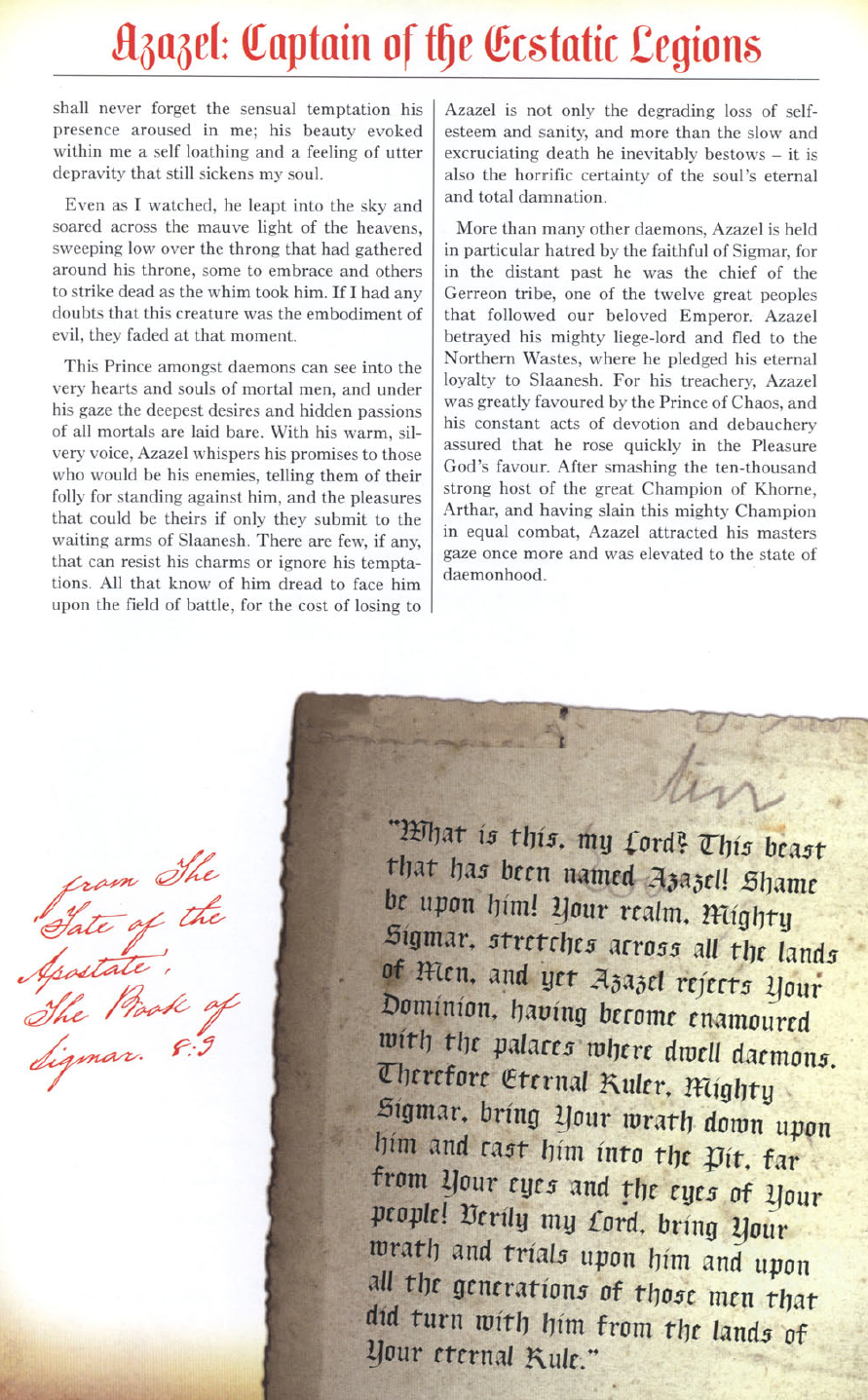 Azazels mortal life and rise into Slaaneshs service could be followed in the Sigmar trilogy. Probably more the second book where Norsca/Chaos is the threat, but he should also be around in the first book, laying the groundwork for his betrayal. 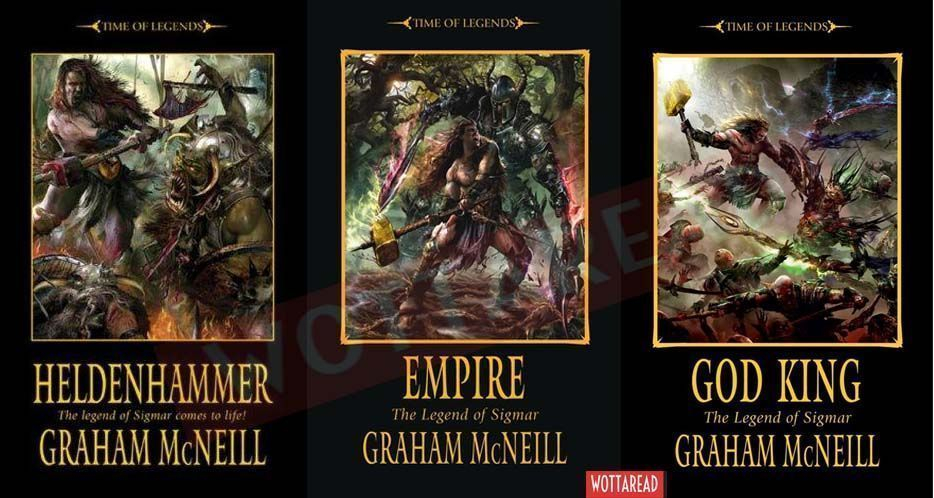 Last published as an Omnibus: https://www.blacklibrary.com/all-products/warhammer-chronicles-the-legend-of-sigmar-ebook.html Azazel also was around for The Endtimes, 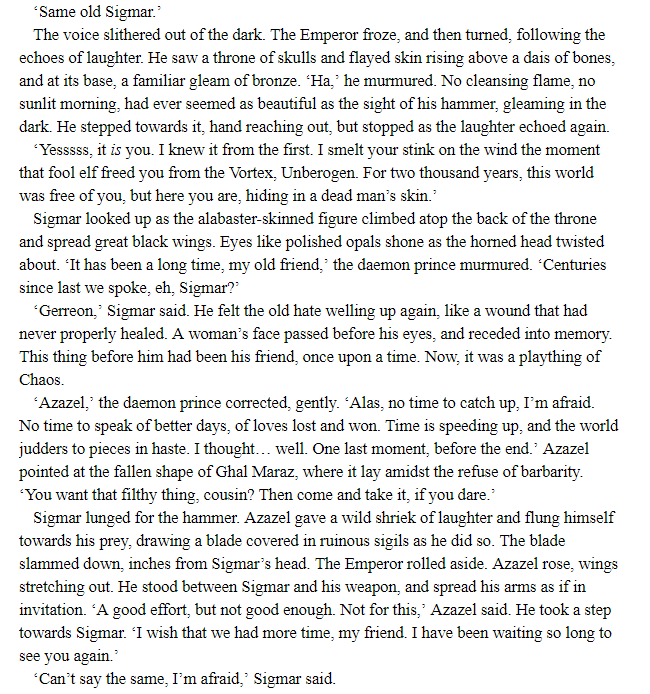 but lost to Sigmar and got send back into the Realm of Chaos.


For Total War Warhammer, Azazel might be a solid DoC LL option since the only other candidate (besides N'kari) is "just" the Masque. His temptation power could maybe even be a interesting special mechanic for ingame battle (like temporarily take control for XX seconds of a targeted unit) or campaign mechanic (like having a goal of corrupting some AI NPC faction leaders and their troops to join your forces).
Since he is a Daemon Prince and he started his life as mortal, there is also a chance he could rather become a WoC LL (5th & 6th were also rather the mixed bags, even if his 5th edition rules specify the Demonic retinue). But I assume that for WoC, CA has enough other picks. For DoC, they are rather limited if they don't want to invent own chars again. Time will tell if CA does even consider him. 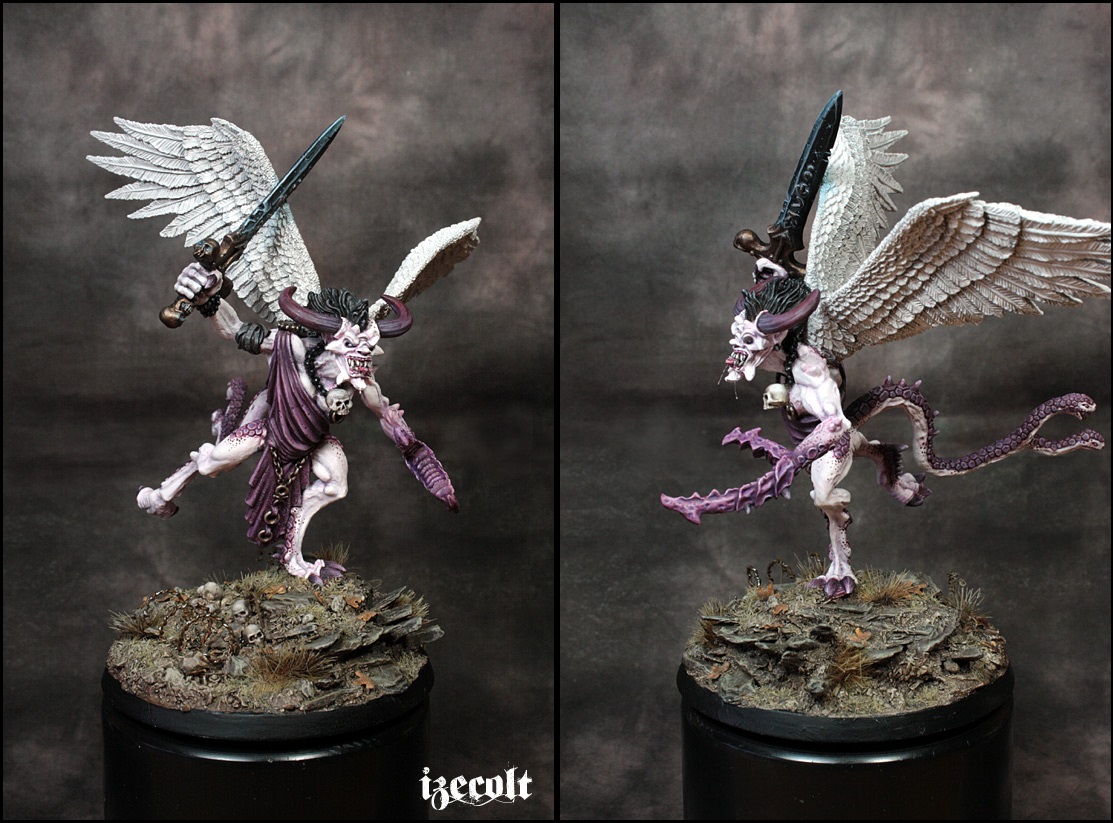