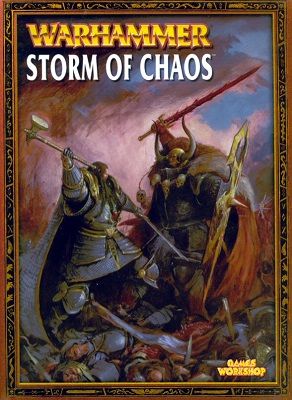 This event [which got retconned mid 7th edition, and partly got retold with "The (horrible) Endtimes" in 8th] brought not only a more or less fun story to the table, but also several special armylists for certain factions. And here is one of them. 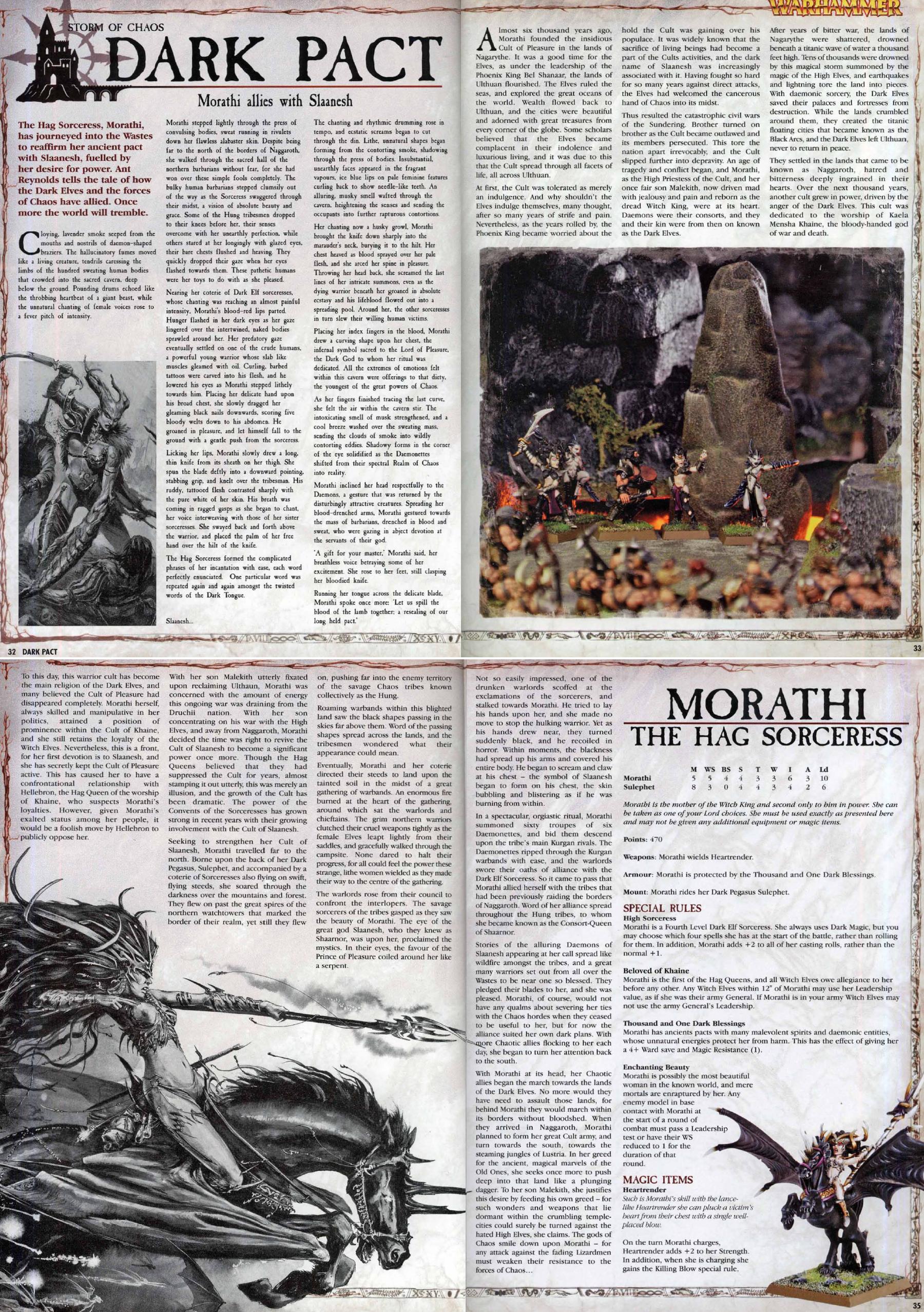 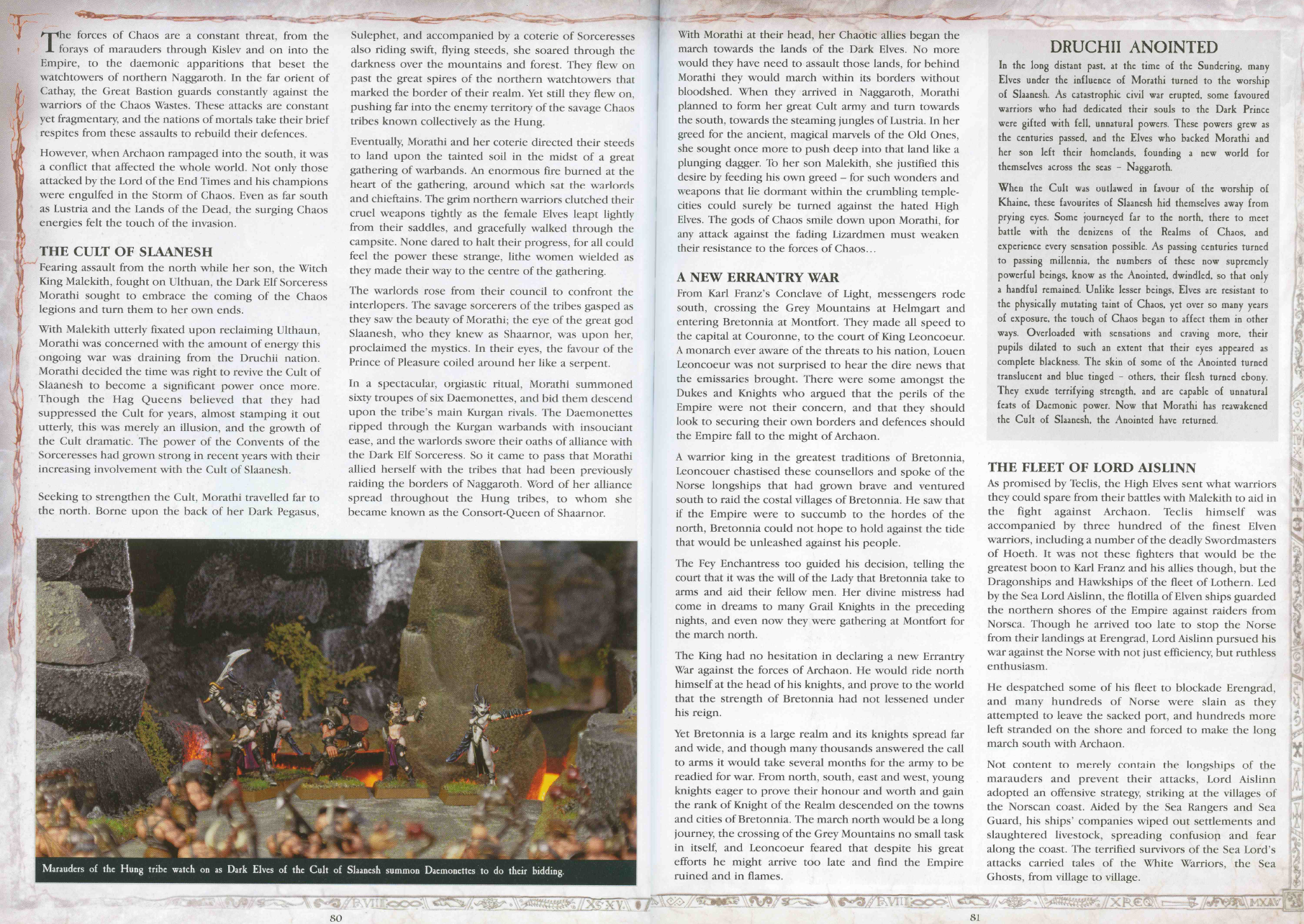 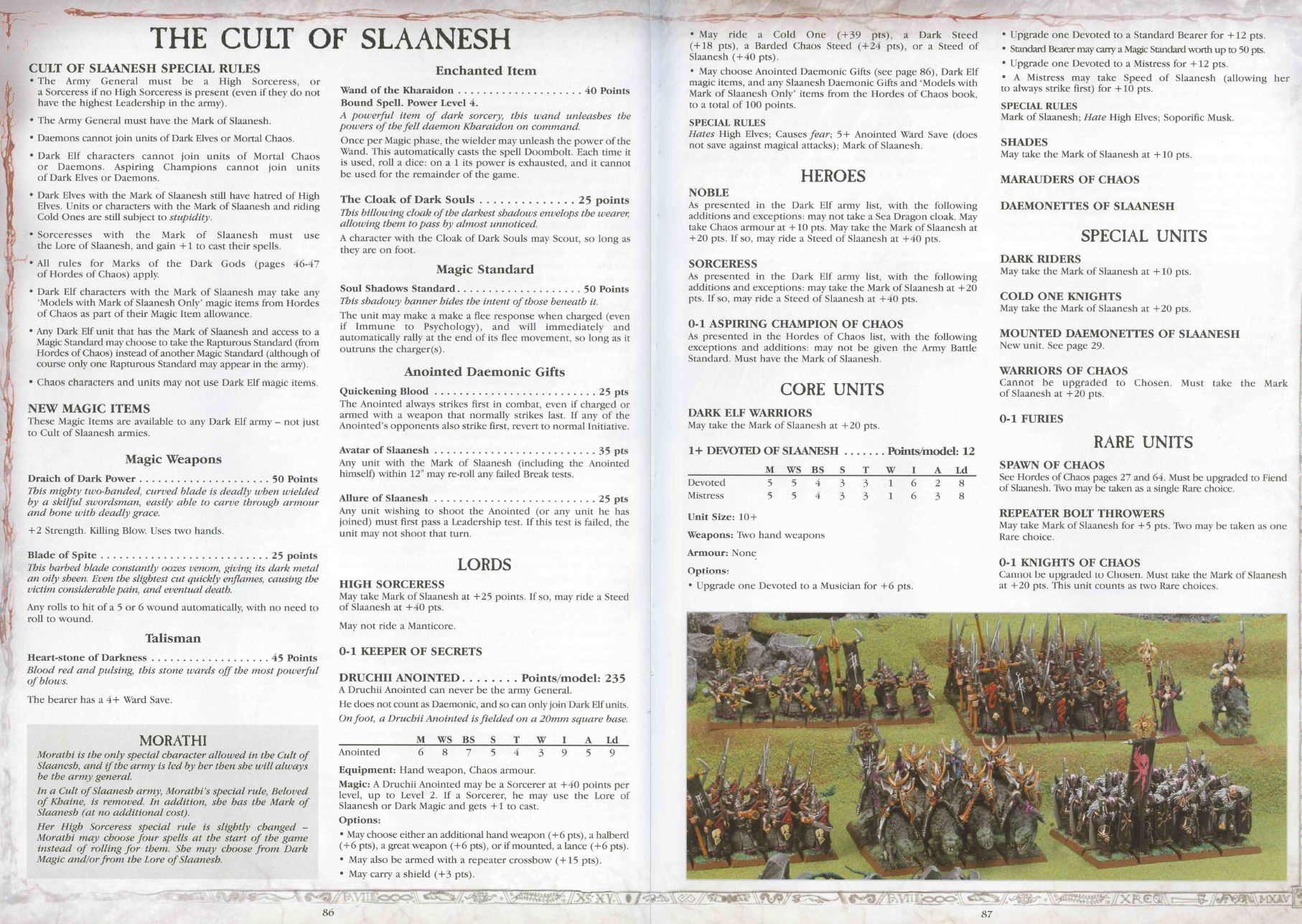 So as we see we have the basic Slaanesh Daemon choices available. A Keeper of Secrets, Daemonettes on foot or mounted on Seekers, and Fiends through the "Chaos Spawn" upgrade of that time. Since that was two editions ago, we probably could integrate certain upgrades from later DoC editions, like Seeker Chariots and maybe Heralds, to inflate the options for Daemon stuff. Same goes for the WoC parts, where for example we could add the Hellstriders. 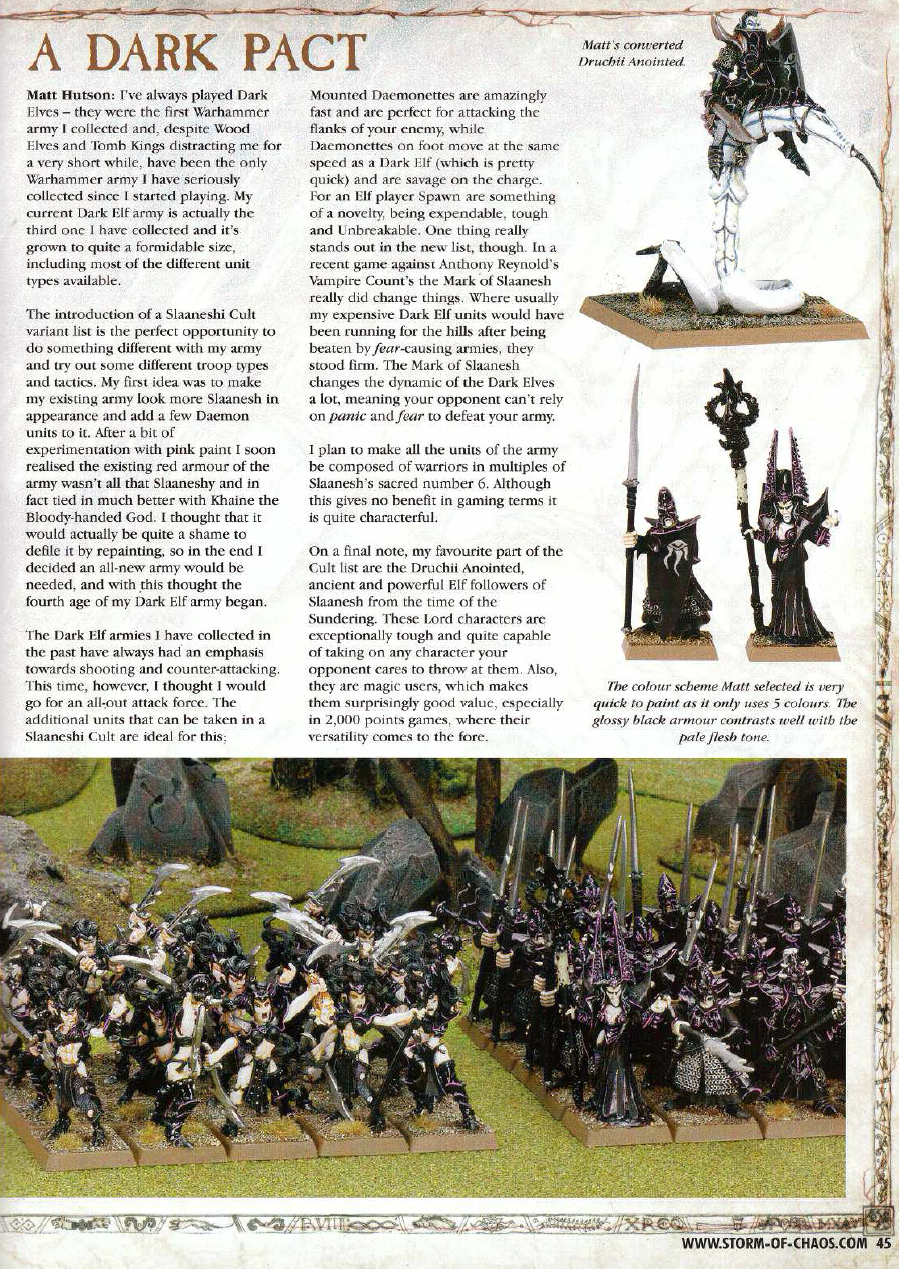 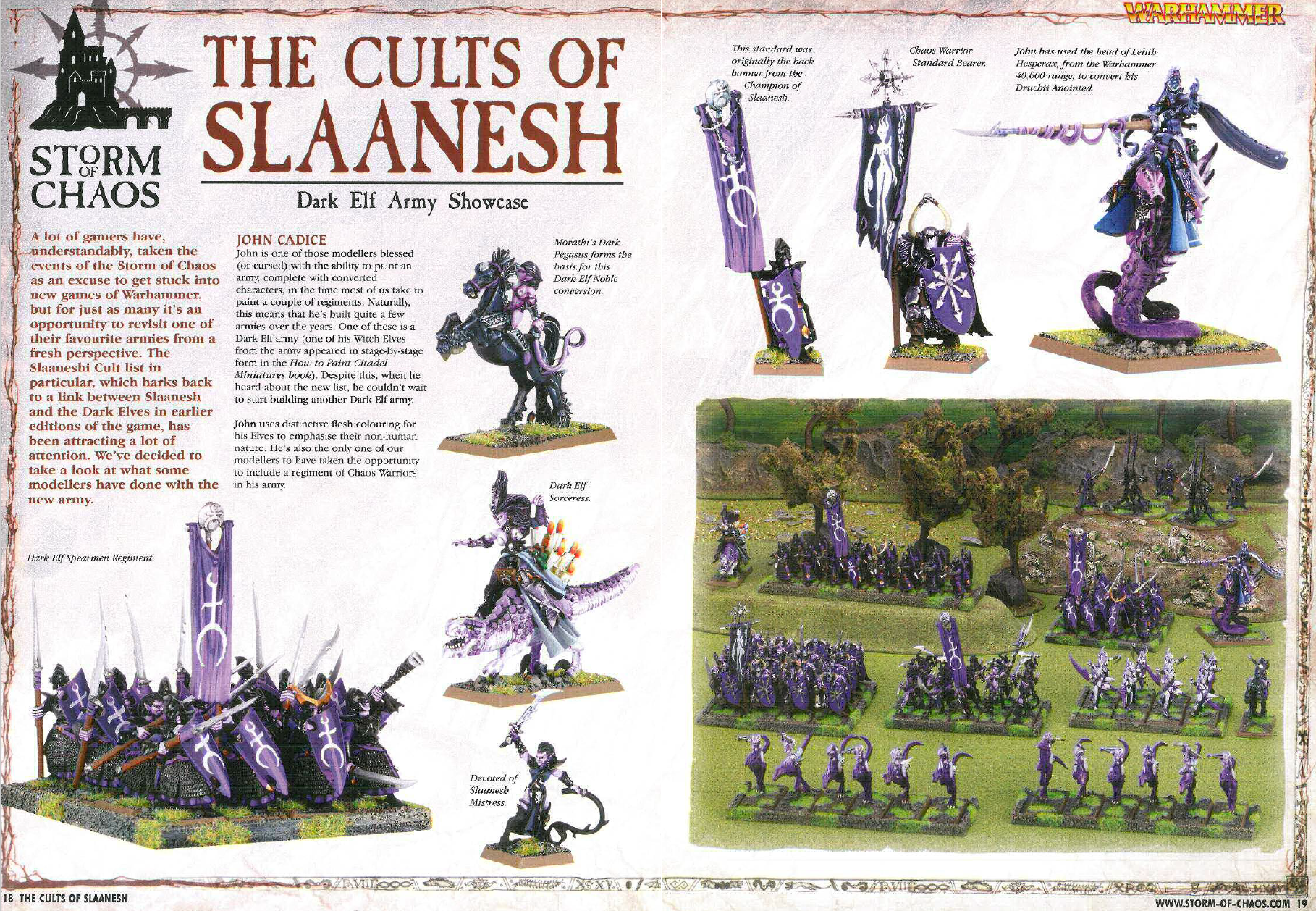 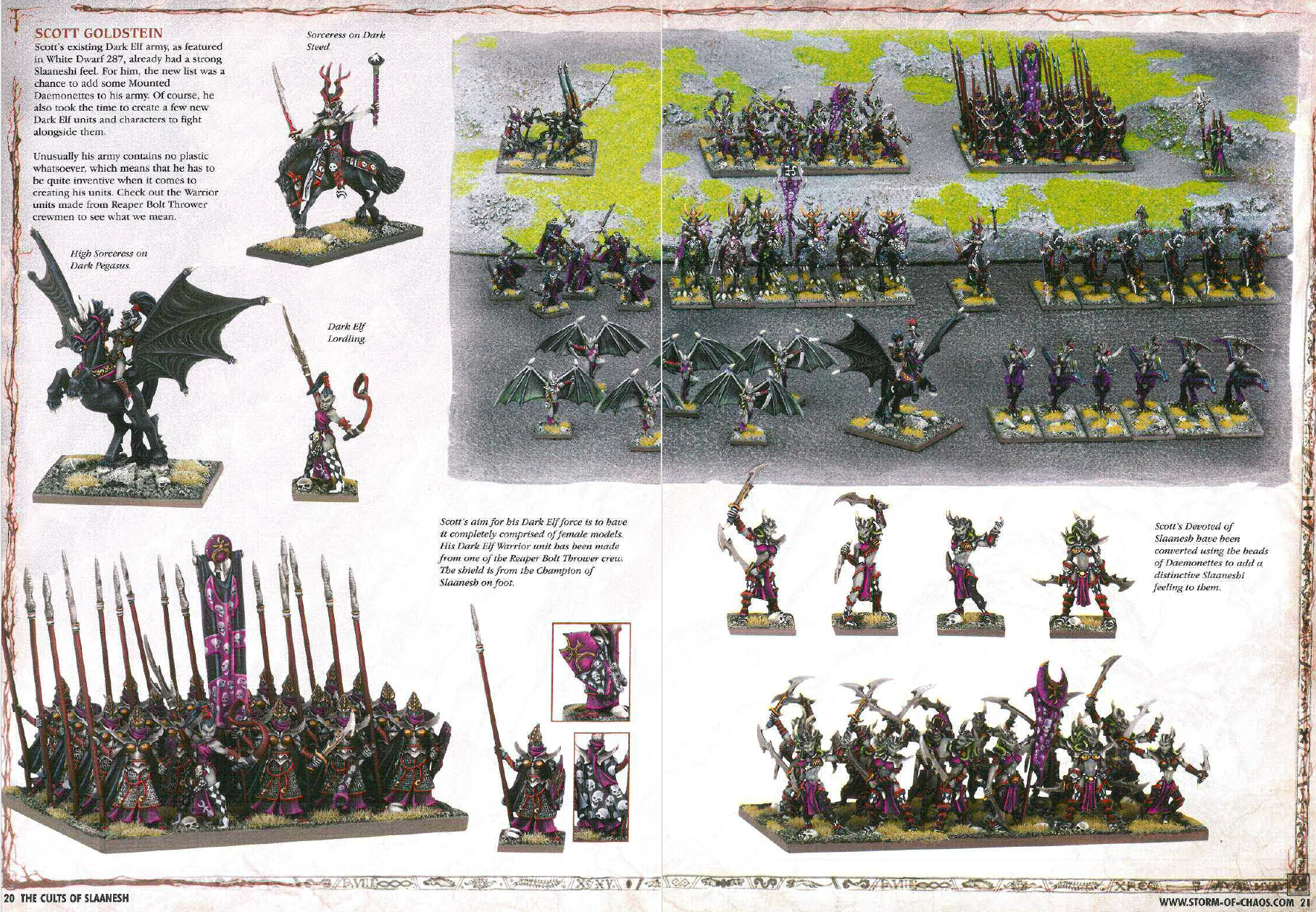 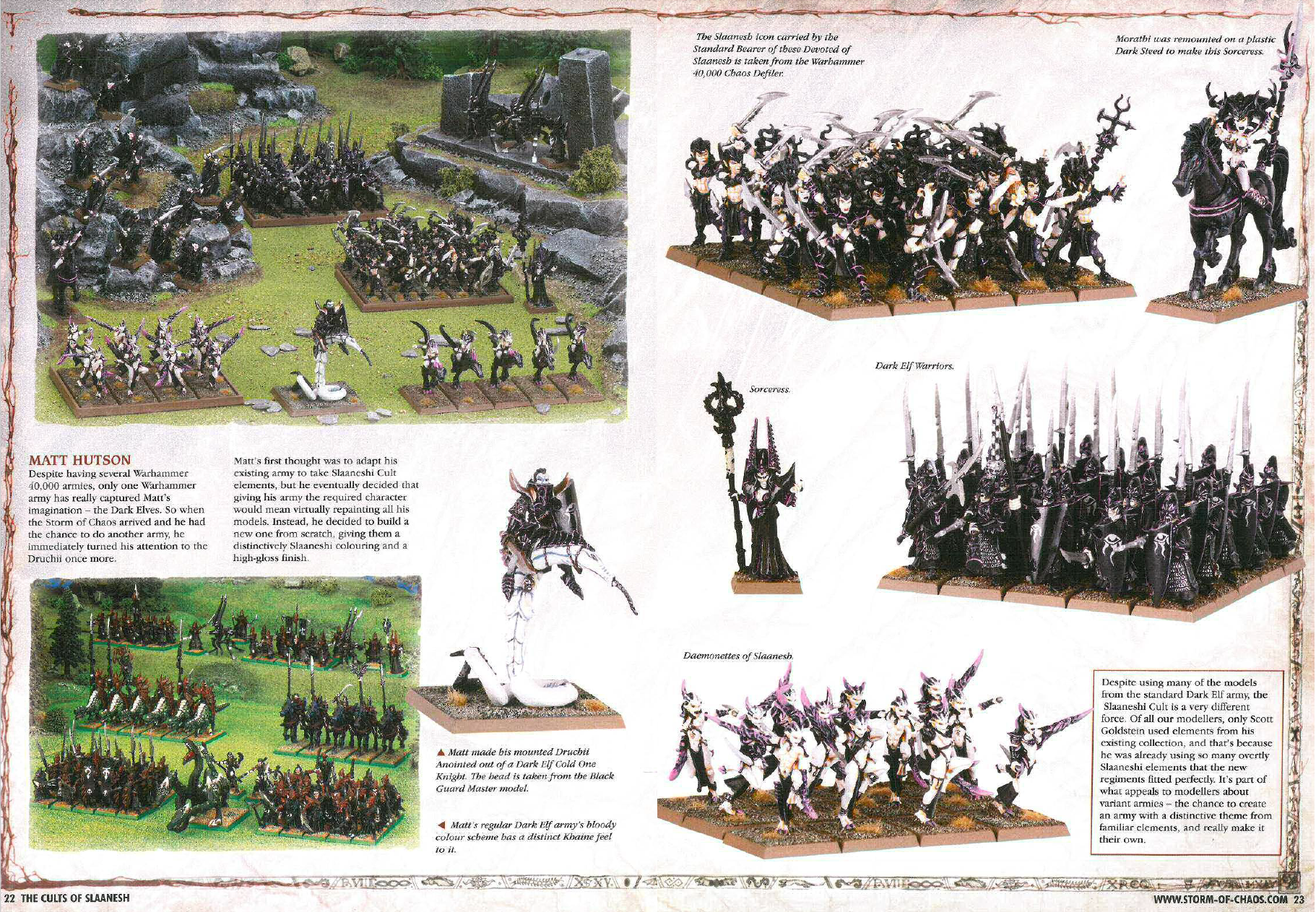 
So, what does that mean for TWW? 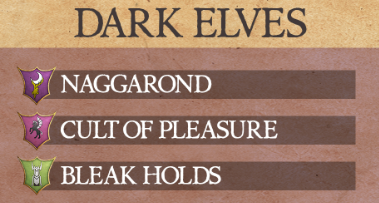 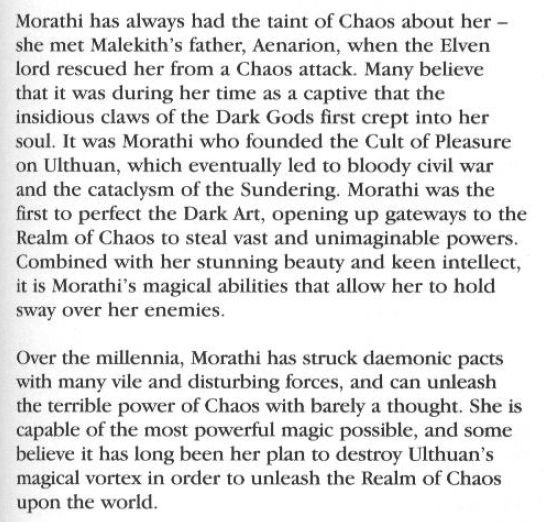 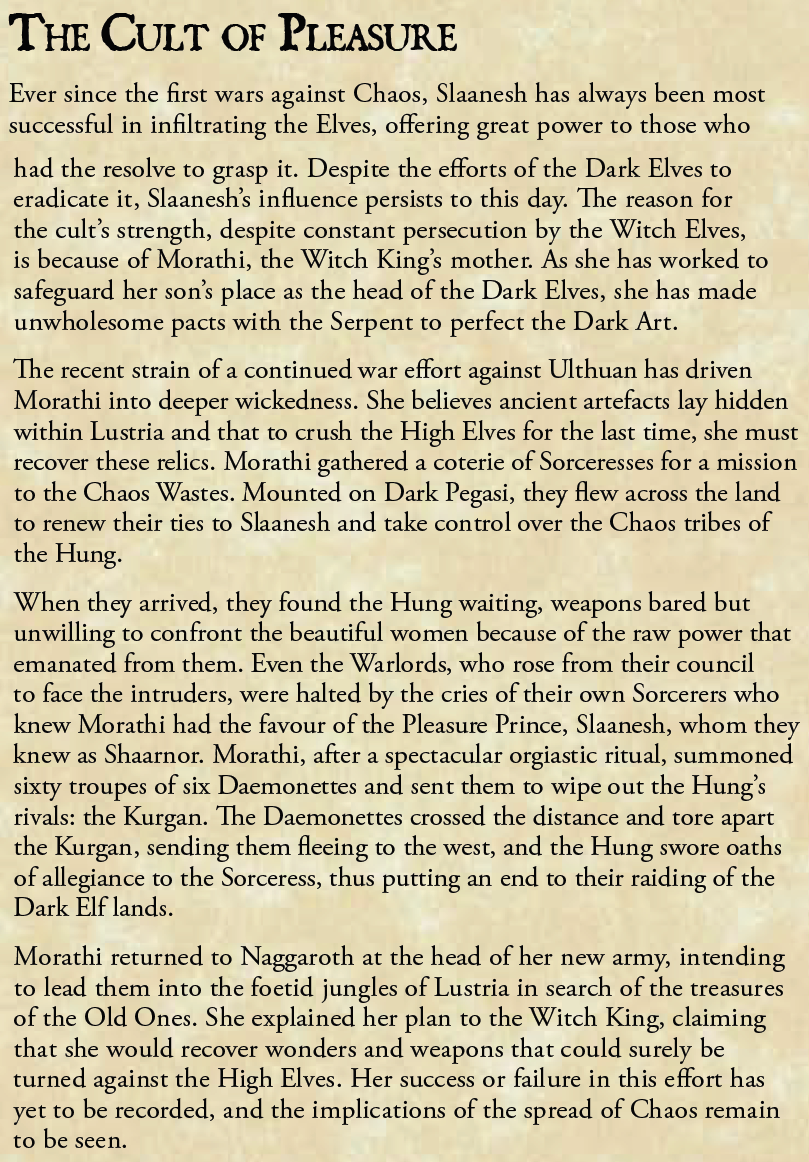 Morathis faction name is already pretty close, spot on or could just be fitting to her past depending, of your point of view. Morathi spreads Chaos corruption ingame, which again could be a tease for things to come or just be a loreful byproduct of her tinkering to much with Chaos/Dark Magic.
In the current state of game#2, we can not expect a full blown Cult of Slaanesh addition. As with the needed Chaos reworks for WoC, Beastmen & Norsca, first game#3 has to be released and Daemons of Chaos have to go live and bring their Slaanesh Daemons as well as god dedicated mounts, god specific magic lores and CA has to implement a rather generic system for marks of chaos that could be applied then for every race/faction concerned.
But when game#3 and Daemons will be unleashed, it would not be impossible for Morathi to go full Dark Pact again. At the very least I would expect modders to pick that up then if CA decides to not go there (but imo it would be a wasted opportunity for CA to not overhaul Morathi).

And while I am all for Cult of Slaanesh, I would still hope that there would be some limitations on how much actual Chaos could be stuffed in. Playing Morathi would imo still mean the main parts of your armies should rather be Dark Elf centered. So maybe the TK limitation system would once more be handy to have around. 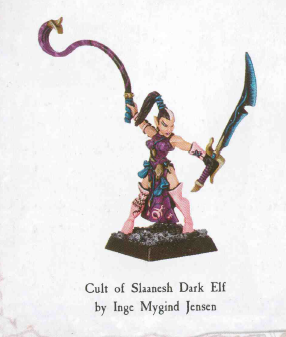