Qwerty55 Registered Users Posts: 452
September 13 in General Discussion
I know some people aren't fans of AoS (me included) but many units from AOS existed in Fantasy lore, are ripped off from Fantasy or could have very easily existed in Fantasy. I might make this into a series where I look at different factions, but today I will focus on Dark Elves and what AoS stuff could possibly be added while also still maintaining that Warhammer Fantasy feel.

My rules in choosing are:
1. Must fit the Warhammer Fantasy universe and aesthetic without breaking too much lore
2. Must add something new to the game (No unit types that are already pretty much represented)

Dark Elves
Dark Elves have been split into three factions in AoS, Cities of Sigmar, Daughters of Khaine and whatever is going on with Malekith (His faction doesn't exist in tabletop yet). Cities of Sigmar is just a dump of old miniatures and Malekith's stuff doesn't exist so there's nothing I can get from them. Daughters of Khaine however there are a lot of new things that were added.

With Daughters of Khaine, luckily they use the old sisters of slaughter models as their base troops and because of that the aesthetic of the faction is very much intact, so there's not too many 'AOSfied' looking units.

1. Melusai Blood Stalkers
Aesthetic fits and adding a few more monster girls wouldn't require too much lore gymnastics since we already have harpies and medusas. Personally they're probably the best example of an AoS original creation that could have just as easily have existed in Fantasy 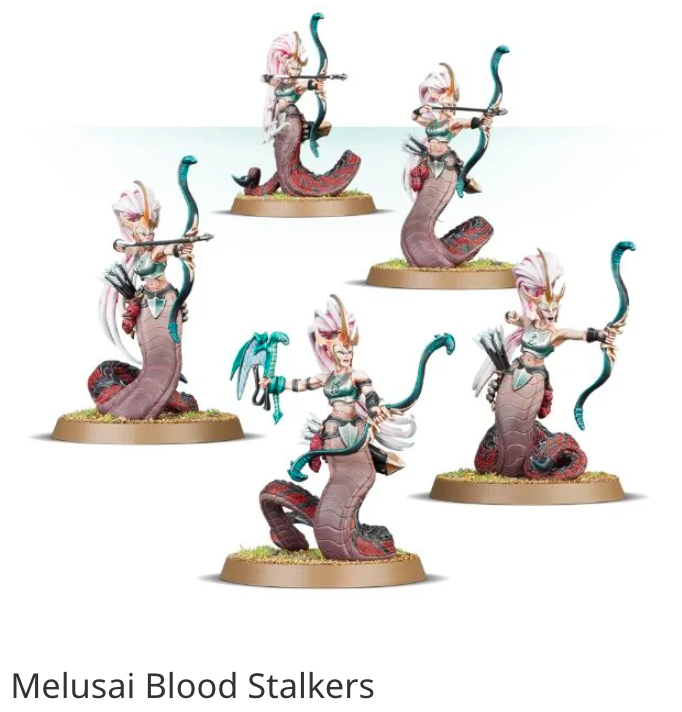 2. Melusai Blood Sisters
Same reasons as above, they don't look too outlandish and add something new to the Dark Elf roster. 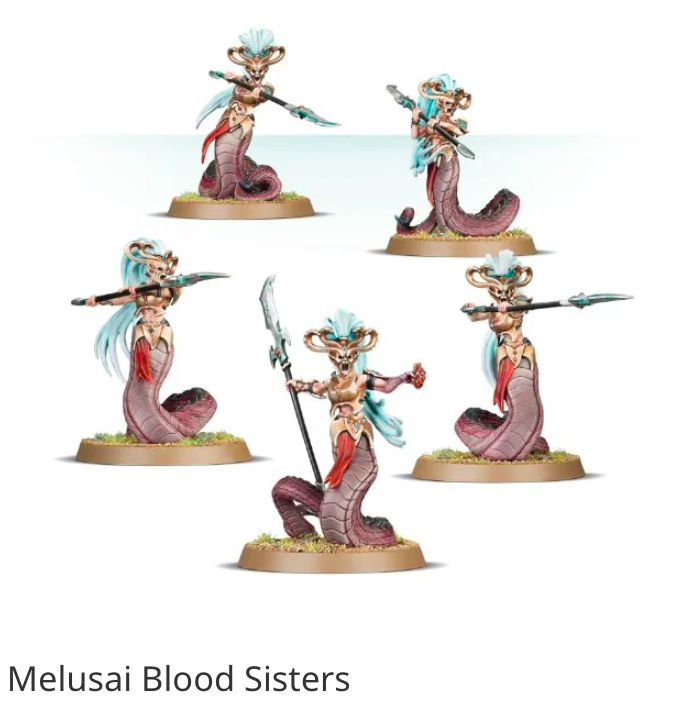 3. Khinerai Lifetakers
We already have harpies so adding a hybrid of an elf and a harpy wouldn't be too lorebreaking. They also add a very different unit type for the Dark Elf roster. 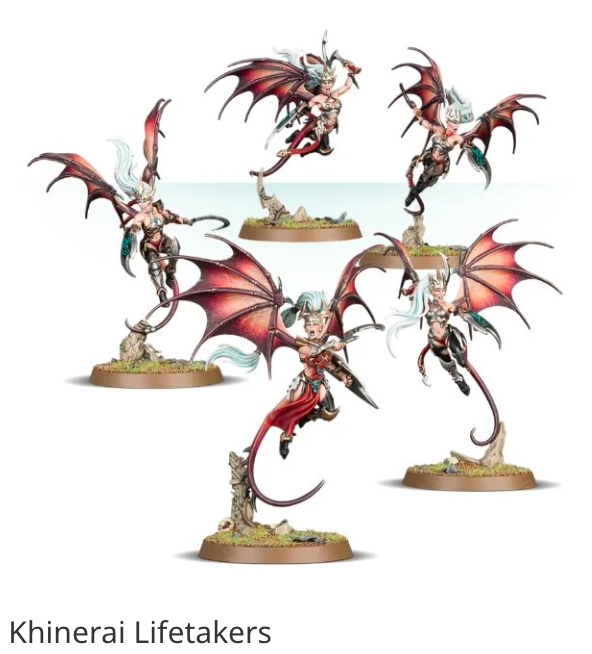 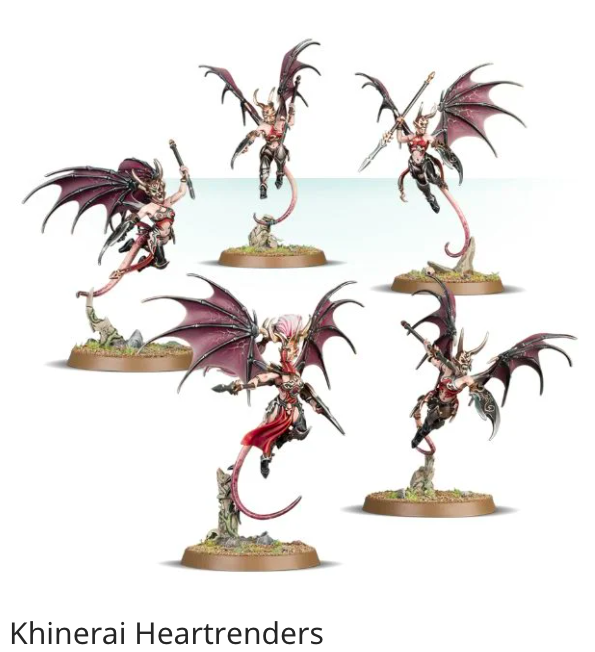