The Lusitani (and all of West Hispania) are fundamentaly misrepresented.

BanduaGallaeci Registered Users Posts: 1
September 14 edited September 17 in General Discussion
I know I might be way too late for the party, but this issue has been bugging me for so long, and seems so often misrepresented in media that i simply cannot sit idle and not speak against it.
The Lusitani, and all of Western Hispania, are gravely misrepresented.

Lets start with the Lusitanian descriptions:
The Lusitani lived in Iberia long before Carthage and Rome disturbed the region. They are not a single clan but a confederation of smaller tribes, working together for defensive purposes and mutual gain. Although secluded in the west, the Iberian world has started to change; both Carthage and Rome are expanding into the region, and a violent clash is imminent. If they can secure their territory at home, there may yet be opportunities for the Lusitani to expand beyond the peninsula and out into the Mediterranean. There may be prudence in caution, even fraternisation, with the enemy, yet eventually all must fall before them!
The lack of any reference to the Celts, unlike with the Arevaci, and a mention of the "Iberian World" strongly implies that the Lusitani are supposted to be an Iberian faction (more evidence of this Iberian portrayal will follow). This is factually incorrect. 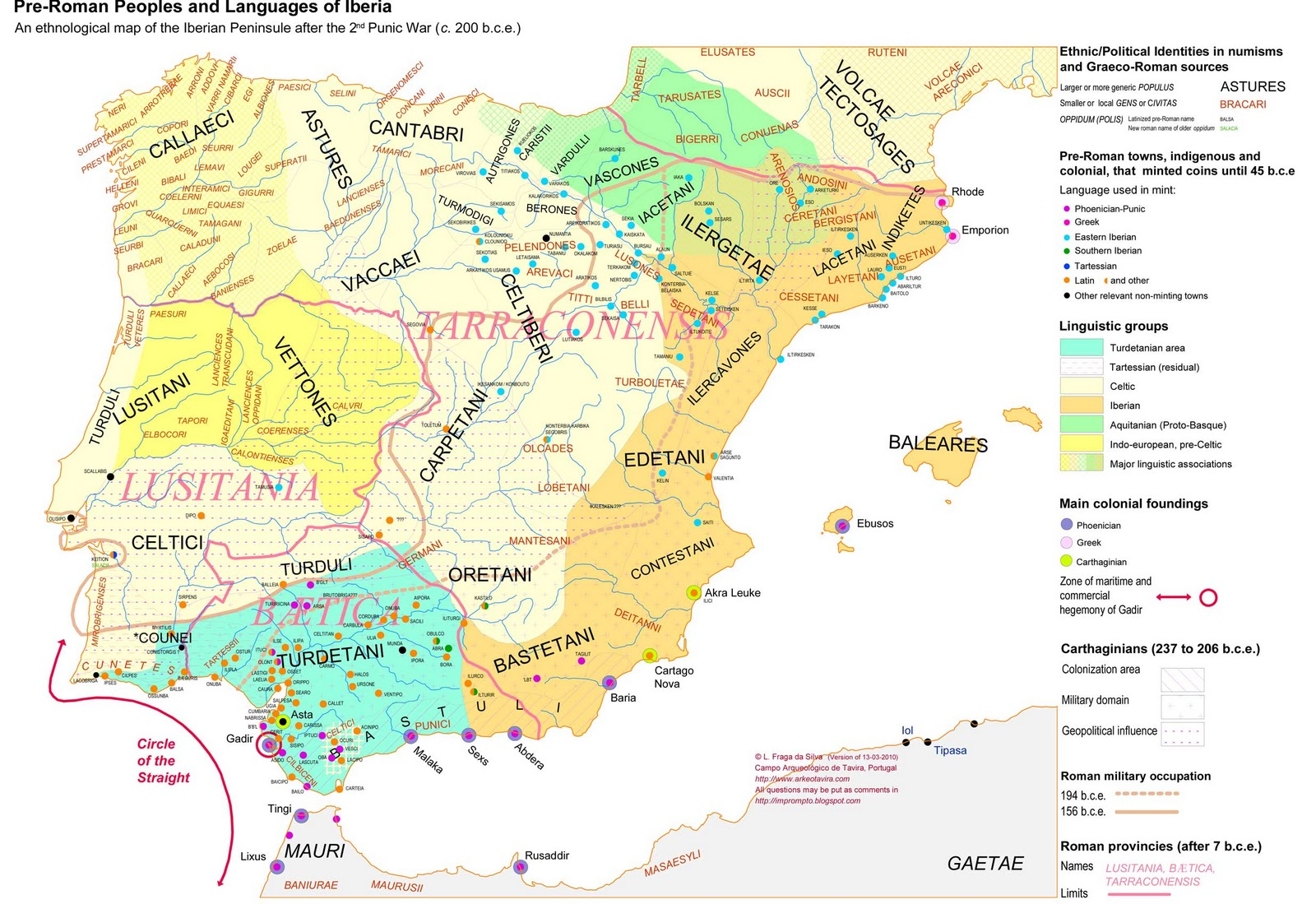 In Hispania there were 4 distinct Cultural-Linguistic groups:
The Celts (In the West, Northwest and Centre), the Iberians (In the East), the TurdetanTartessiansi (In the South) and the Aquitainians (In the Northeast)

The Lusitanians, are indeed the more debatable ones, some argue they were exclusively Celtic like their western neighbours, some argue they were a fifth unique cultural group, similar but distinct from the Celts, and some argue that they used to be a distinct cultural group, but by the Roman Conquest had already been Celticised. So really the question is: Are they just Celts, or are they a unique "Lusitanian" culture with heavy Celtic influence? This might be debatable, but what its definitely not debatable is that they are NOT Iberian. They never spoke an Iberian language, they never practiced the Iberian religion and their architecture and traditions are very distinct from the Iberians.


Their rooster speaks for itself:
The Lusitanian rooster is ridden with "Iberian" units, including Scutarii (Which the Lusitanians never used) and "Balearic slingers" (Which is laughable considering the Lusitanians are Atlantic peoples with little to no contact with the Mediterranean islands) and even the "Lusitani" units use Iberian equipment such as Falcata swords, when in reality, the Lusitani used straight Antennae swords alike those of the Celts and Celtiberians (which inspired the Roman Gladius nontheless).

Fortunately, at least their religious buildings are correct and reference their actual Celtic deities, but then paradoxically they increase Iberian culture (Which had completely different deities).

It just feels paradoxical that the Arevaci's descriptions hammer down the fact they are "Celtic people" while the Lusitani are hammered down as "Native Iberians" when the Arevaci happen to have EVEN MORE Iberian influence than the Lusitani do.
This even traces back to Rome I where central Hispania (Where the Celtiberians live) was Gaul (to portray the celts I guess) while both the West (Celtic) and East (Iberian) coasts were Spain (Which was exclusively Iberian).


Hopefully this will better portrayed in Rome 3.