Juncheok Registered Users Posts: 1
September 2020 edited September 2020 in Campaign & Battle Bugs
My coalition is voting to add Gongsun Du to the coalition, but Dongsun Du himself rejected.
Normally this would just have an 'acknowledge', but this time it looks like it's supposed to generate 'accept' and 'reject' buttons.
As can be seen in the screenshot, neither sets of buttons appear resulting in me needing to alt+f4 the application

I don't have any reproduction steps, but I'll see if it happens again (I haven't played since)

Edit: restarting the game seems to have solved it 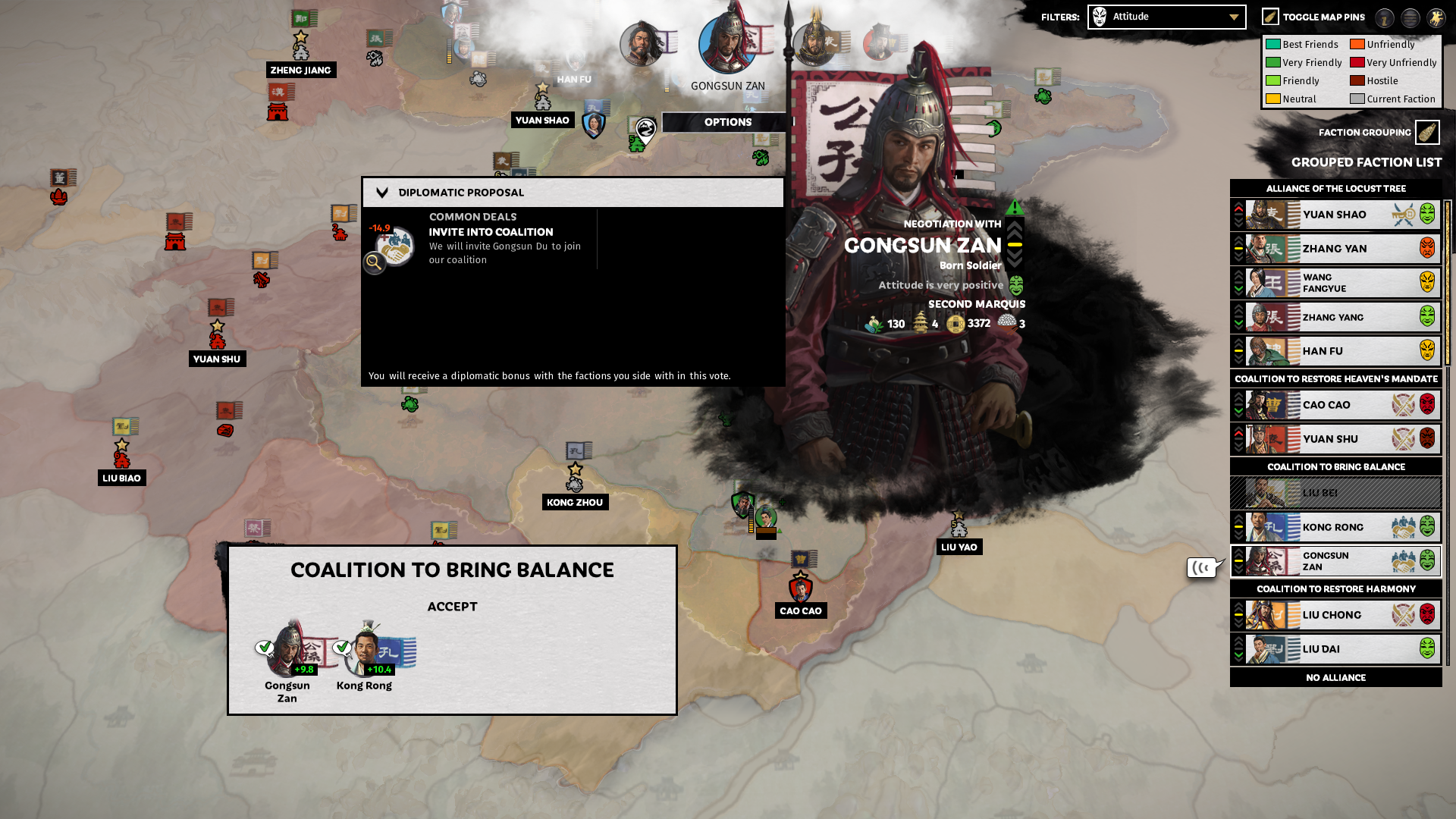