DeshnVenks Registered Users Posts: 1
September 2020 in Campaign & Battle Bugs
I was playing a Clan Skryre campaign. It all proceeded normaly, until i went to siege The Oak of Ages. Ikit fell in battle because of the archers, the only weird thing i noticed was that i got the "Death embraces your lord..." message, but didn't give too much mind to it and eventually i won the battle. When i got to campaign screen however, i was surprised to see that the game announced that Ikit Claw had been killed, i figured it was just a message bug and went to see him on the lord list, but he was not there, nor was he talking when i got to the workshop. It became really aparent that he was dead when i opened diplomacy and another skaven was there: 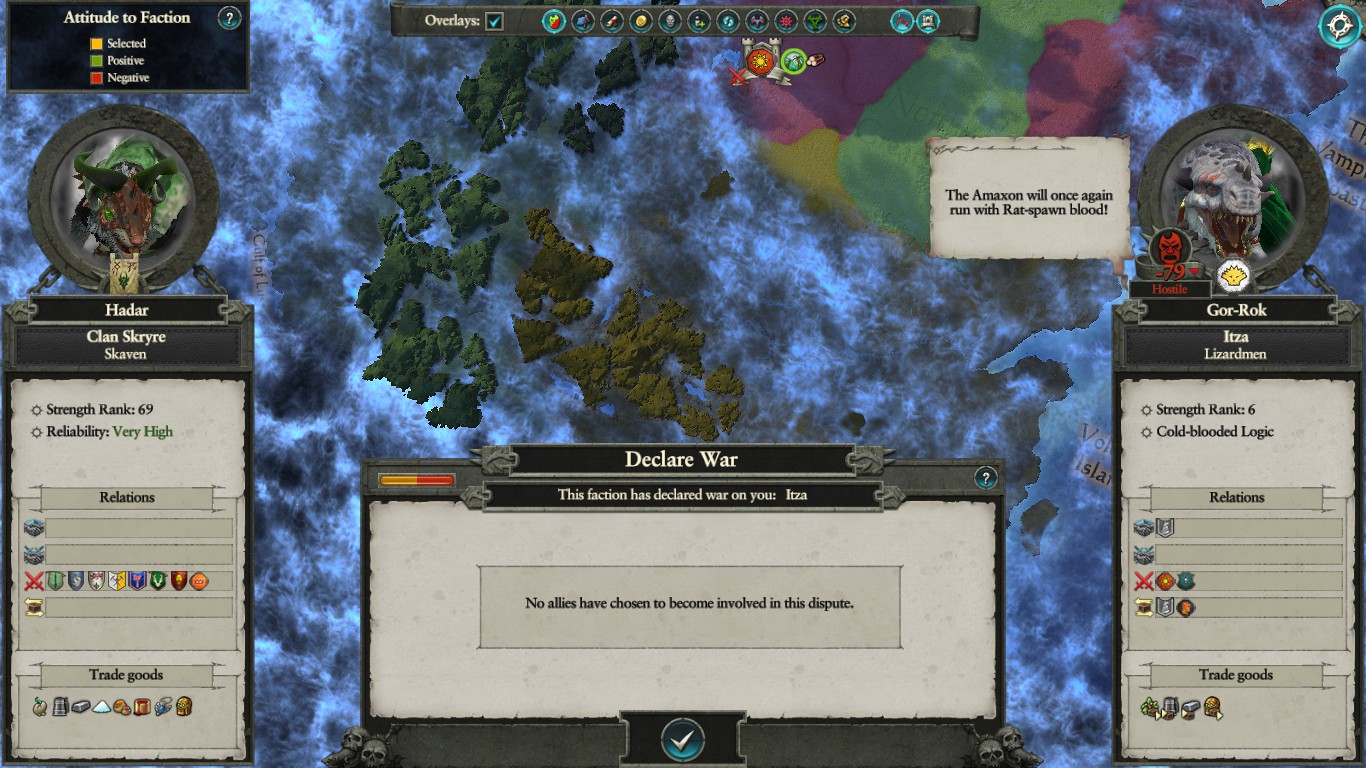 I have tried killing myself at other spots and reloading the save to see if he would permanently die again, and it continued.
I attached two saves from that campaign, one just after having Ikit die, and the other one is a quicksave just before a battle where the issue persisted, it doesn't seem to be related to the Oak, since i died in another city as well, but i have no idea.