Is Grom's Cauldron is an Ogre Kingdoms mechanic?

Was the Greenskin Scrap mechanic originally designed for Warhammer III to represent attributable Marks of Chaos?

Was Ikit Claw's workshop Originally Designed for the Chaos Dwarves?


Maybe not, but we have been wondering what Warhammer II race mechanics might be reused in Game 3.

Just had the thought last night...maybe we are already seeing some game three mechanics that the game 2 DLC team are borrowing form the Warhammer III team?


I'm thinking the Grom and the Paunch and possibly the upcoming wood Elf DLC could be glimpses of our future.

Also talk about it in this video if anyone is interested in a 20 minute long version of what I pretty much already said above (but with pictures!) :P 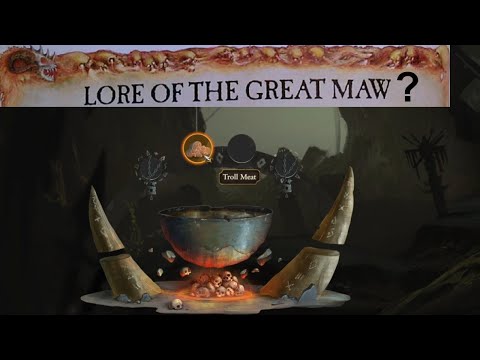